The happiest puppies on the Earth!🤗❤📹 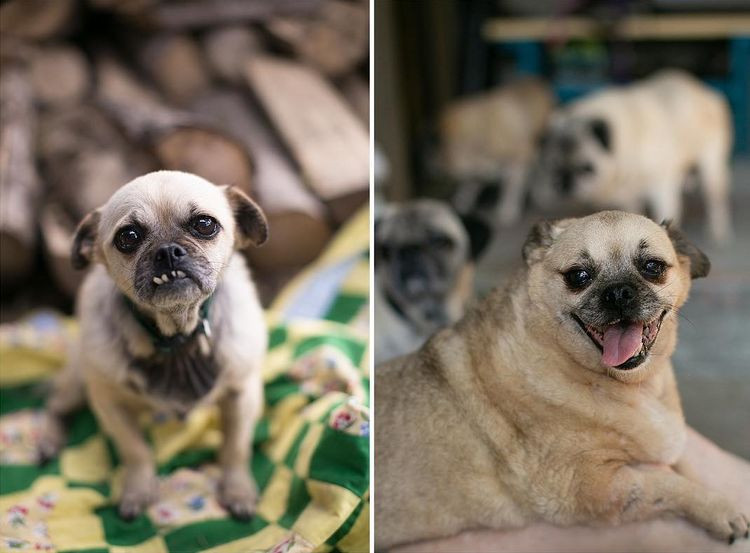 Taking a pet from a shelter or taking it off the street is always a nobler deed than buying an animal from a breeder. The fact is that thoroughbred, clean and well-fed animals will probably be bought and he will have a family, unlike cats and dogs, who were not so lucky and were born on the street. That is why it is so important to give a home to those who really need it, because the saved animals will be grateful to you for the rest of their lives! 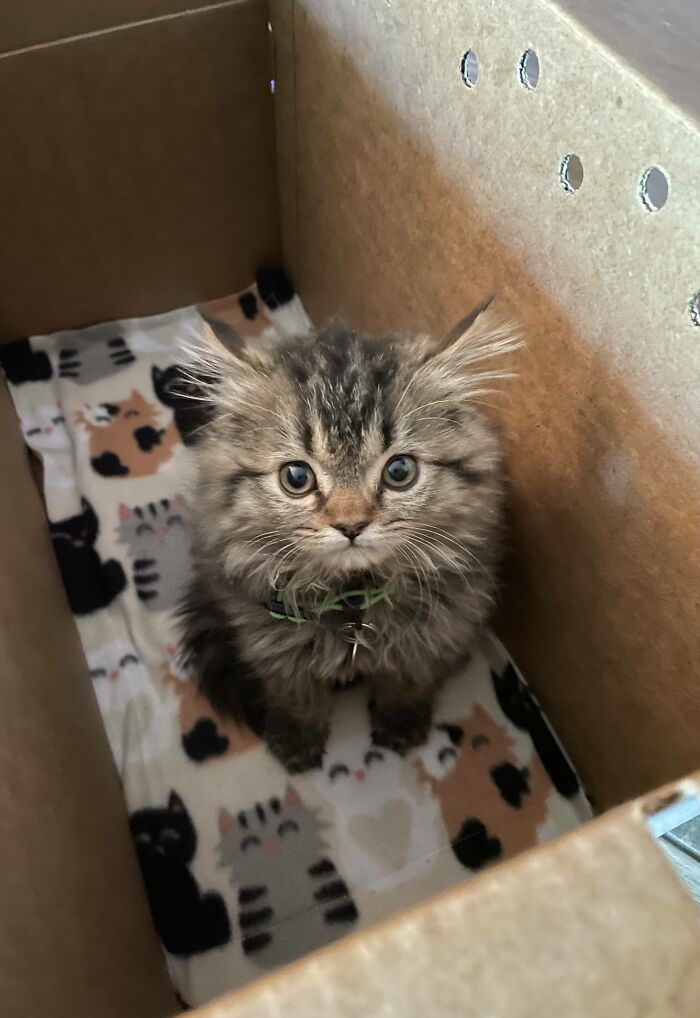 "Every time someone wants to separate siblings and adopt them separately, I send them this photo." 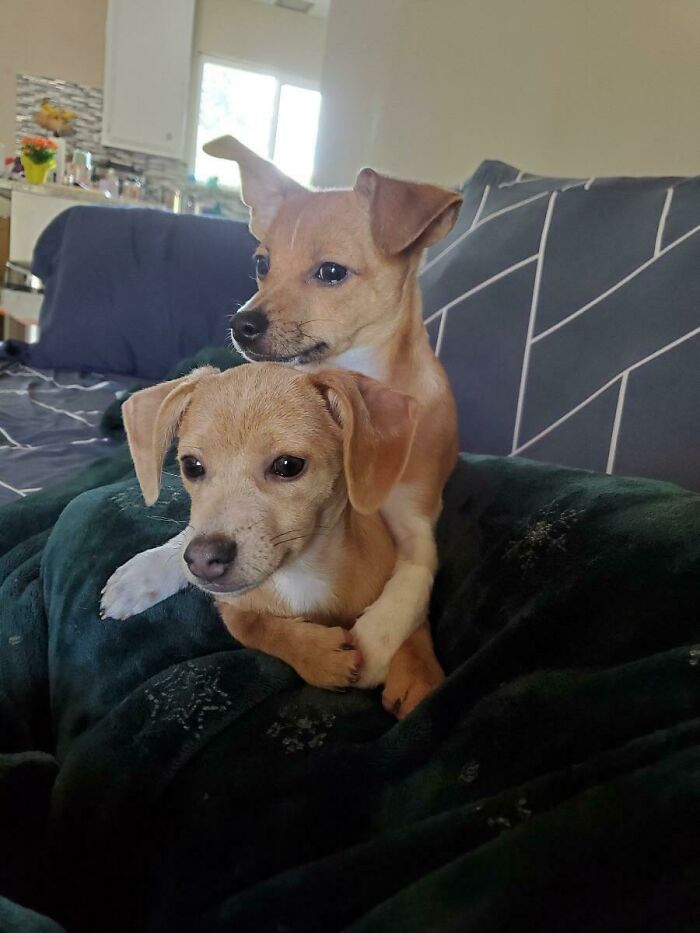 "It's been 1 week since adoption" 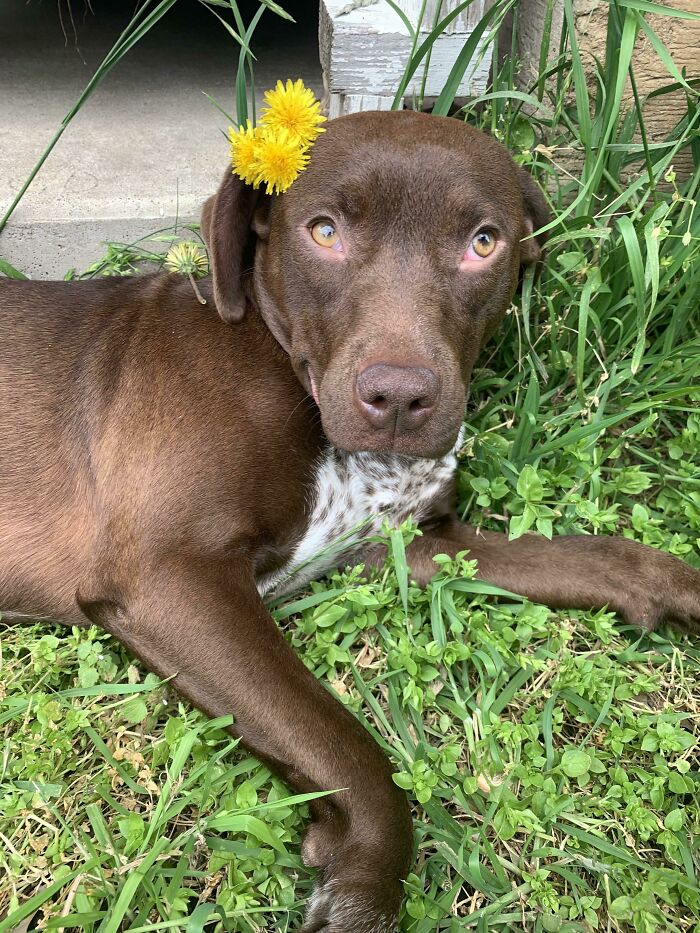 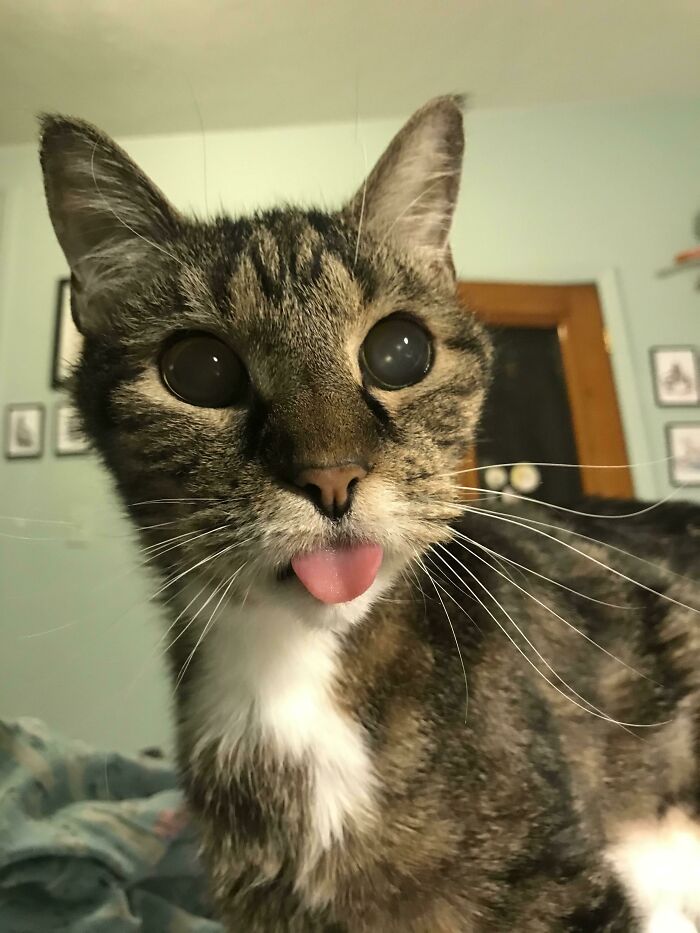 "I took this 12-year-old lady from the shelter. Her look tells me that she is grateful." 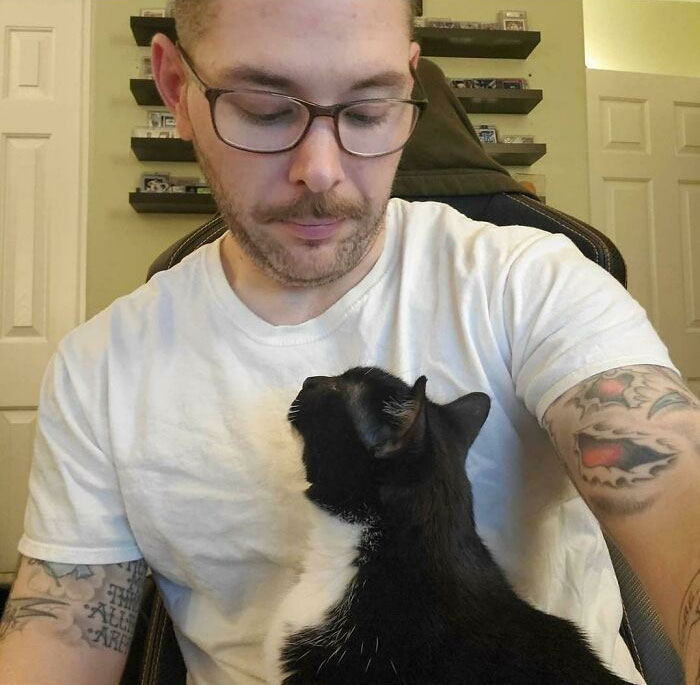 "This is old man Ed, and his smile is both beautiful and full of pride." 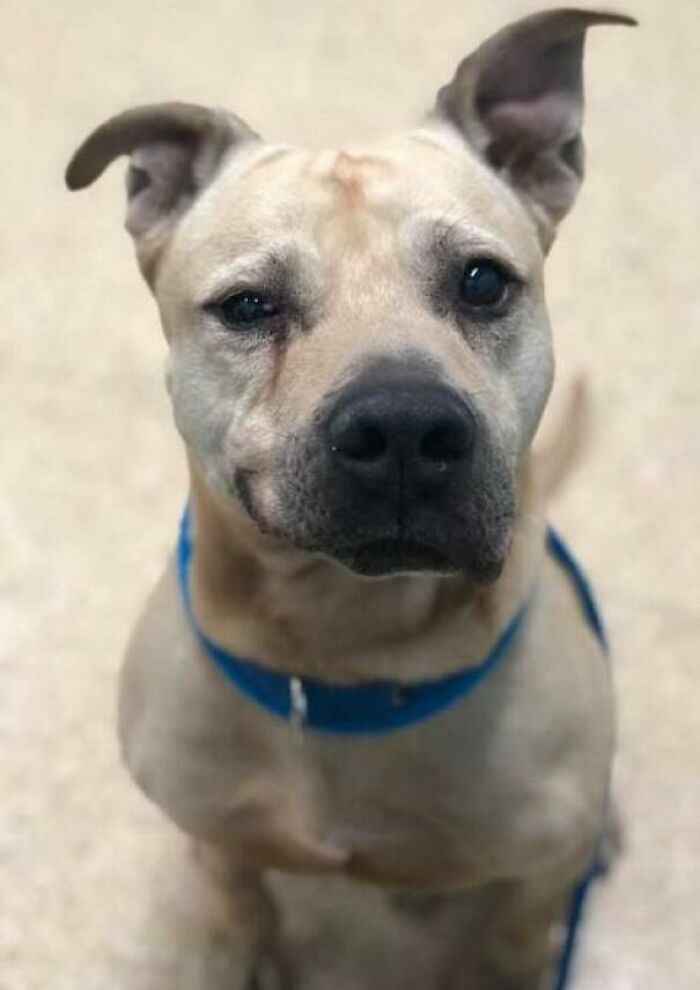 "My adopted kitten is half shorthair, half vampire." 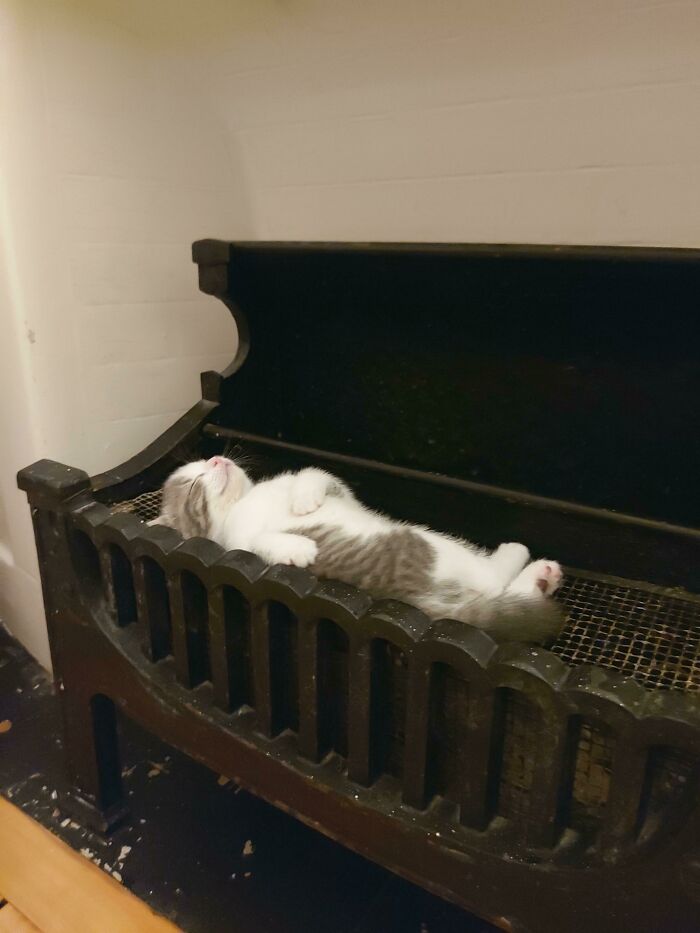 "My adoptive dog has never been indoors before. This is her first dream, on the bed, in the house." 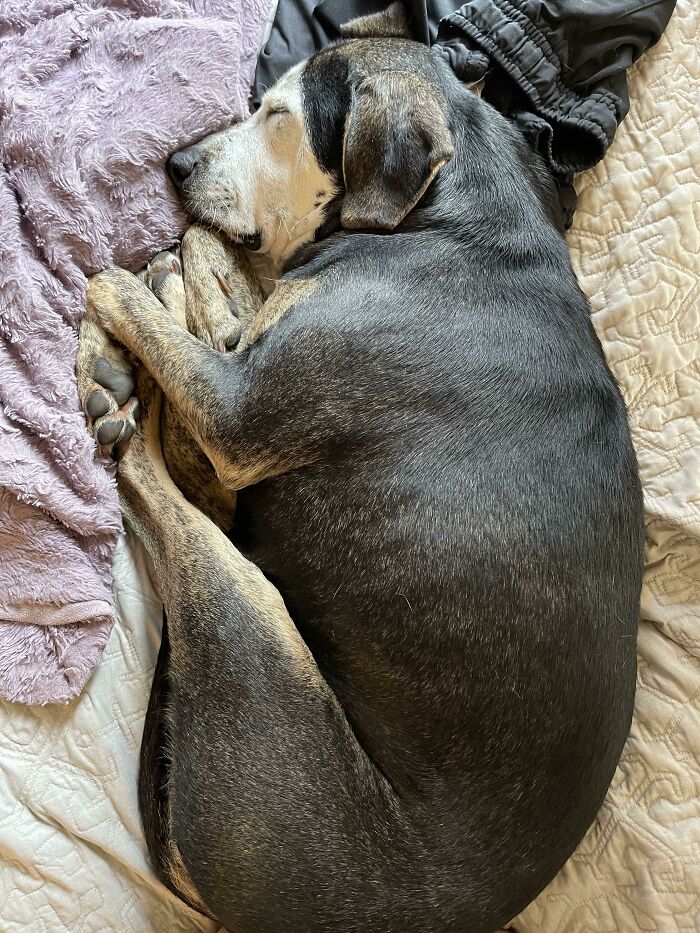 "We didn't have a plan to adopt a dog, but it seems we made the right decision." 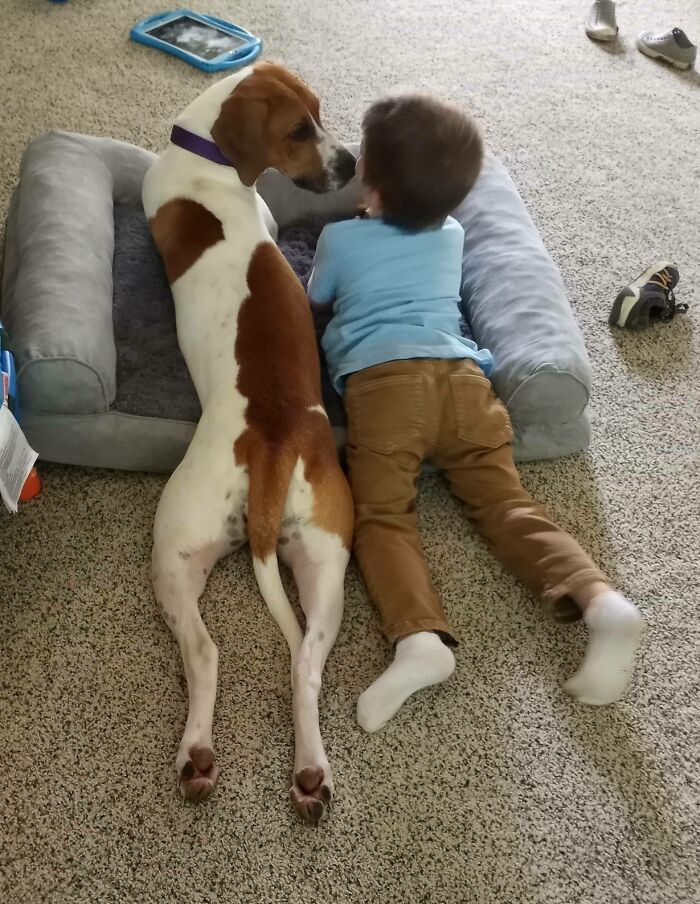 Someone is happy to have found a home! 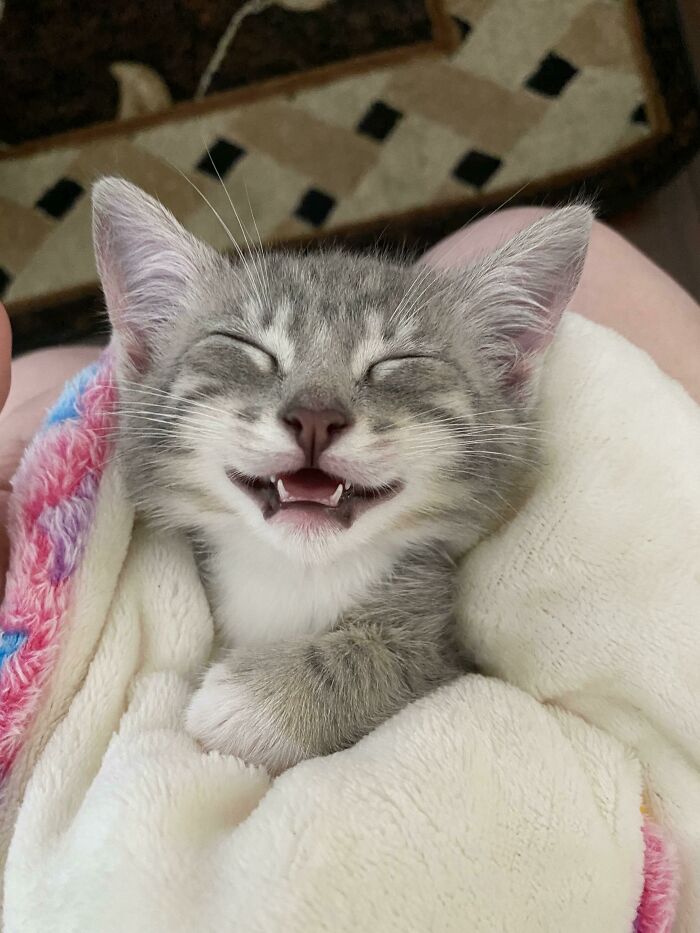 "When we adopted her, the shelter said she was a normal cat, but we're not sure." 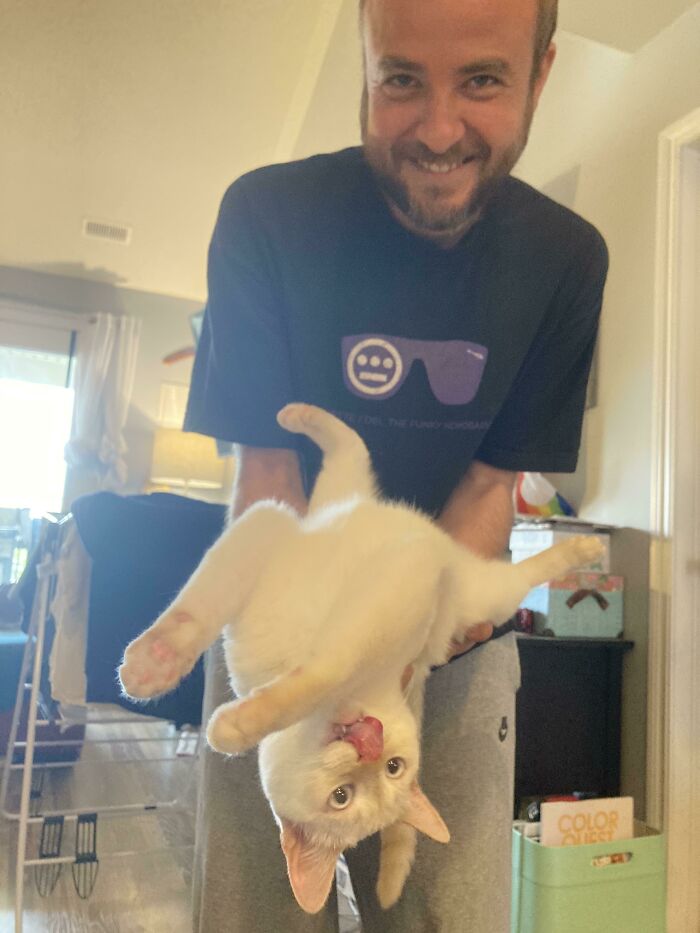 This is Chloe and her incredible makeover 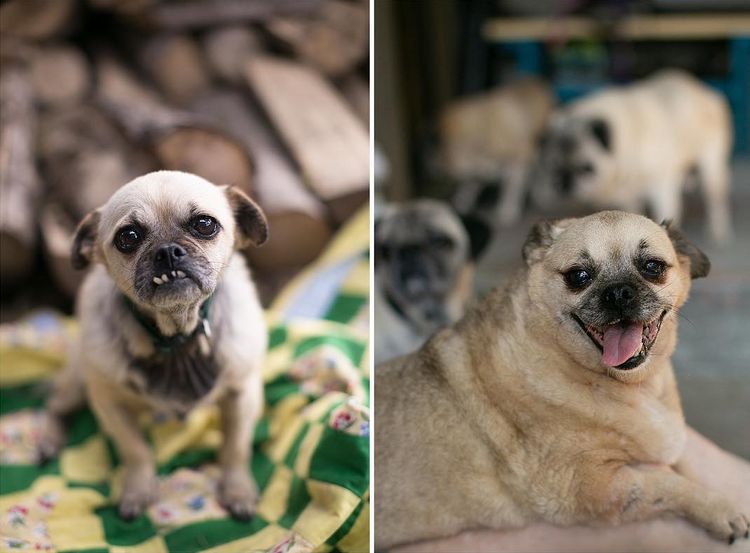 "I adopted my first cat!" 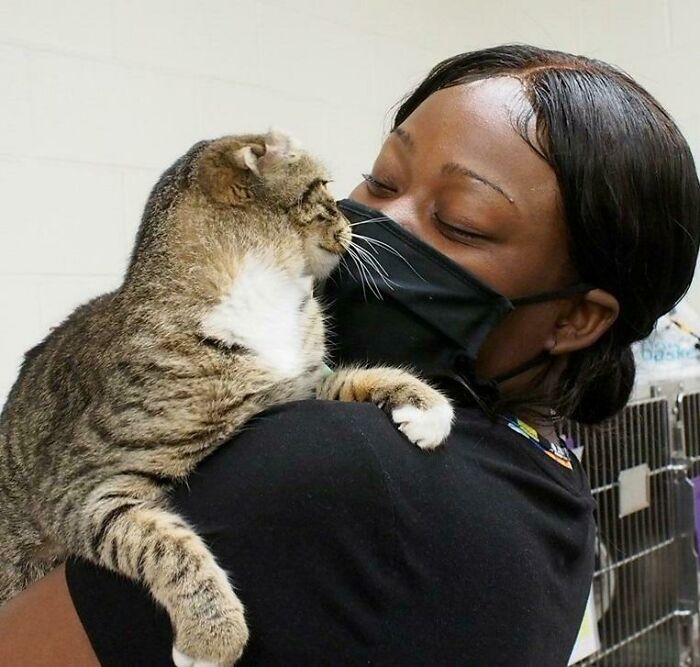 "Yesterday we adopted a 6 month old puppy who turned out to be a mix of a pit bull and a labrador retriever. Say hello to Larry!" 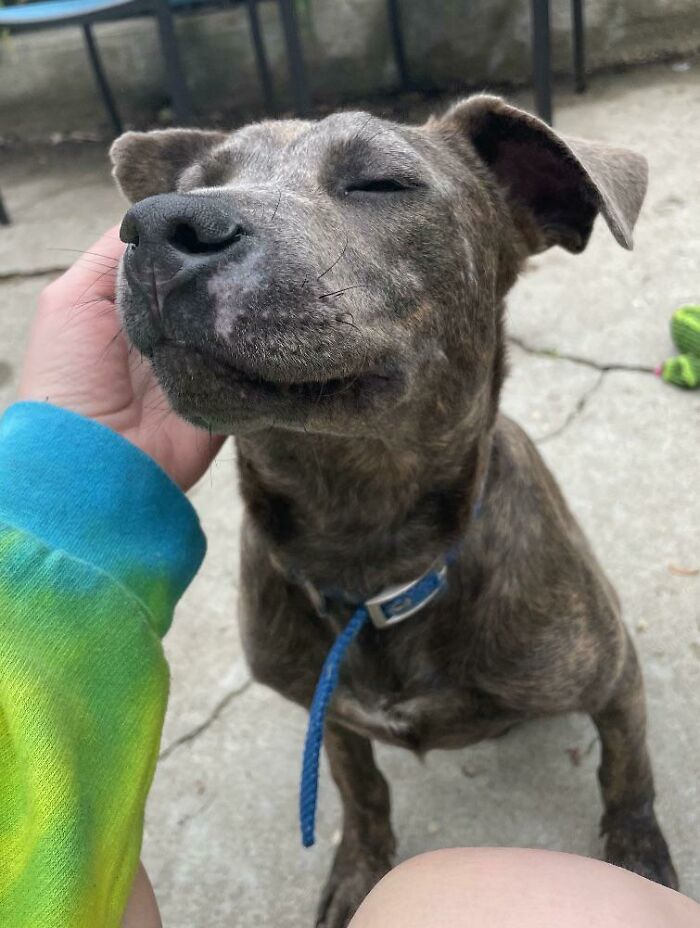 "Meet our cute little Junie B, who we took from the orphanage." 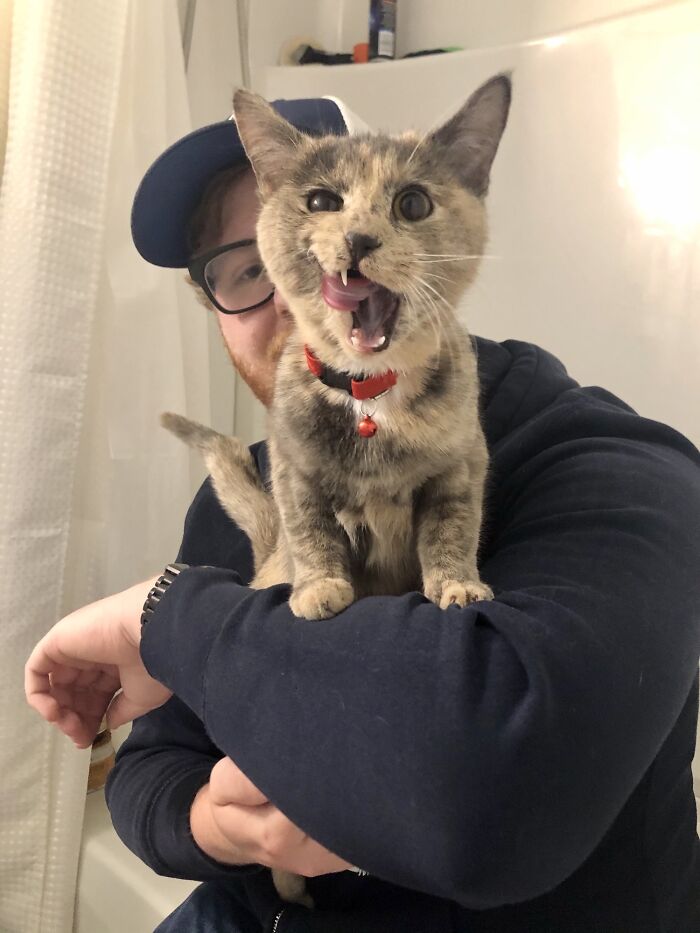 "Our cute adopted boy from Italy on his first day at our home and a month later." 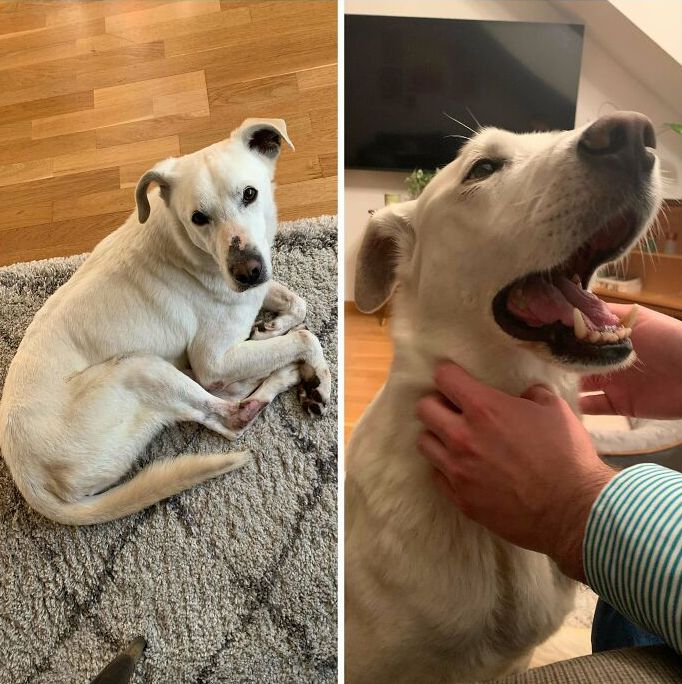 "Two weeks before that, he was caught by the animal control service, and behaved aggressively due to the abuse of his master. But he is a year later. It's hard to believe in such a transformation, but it is!" 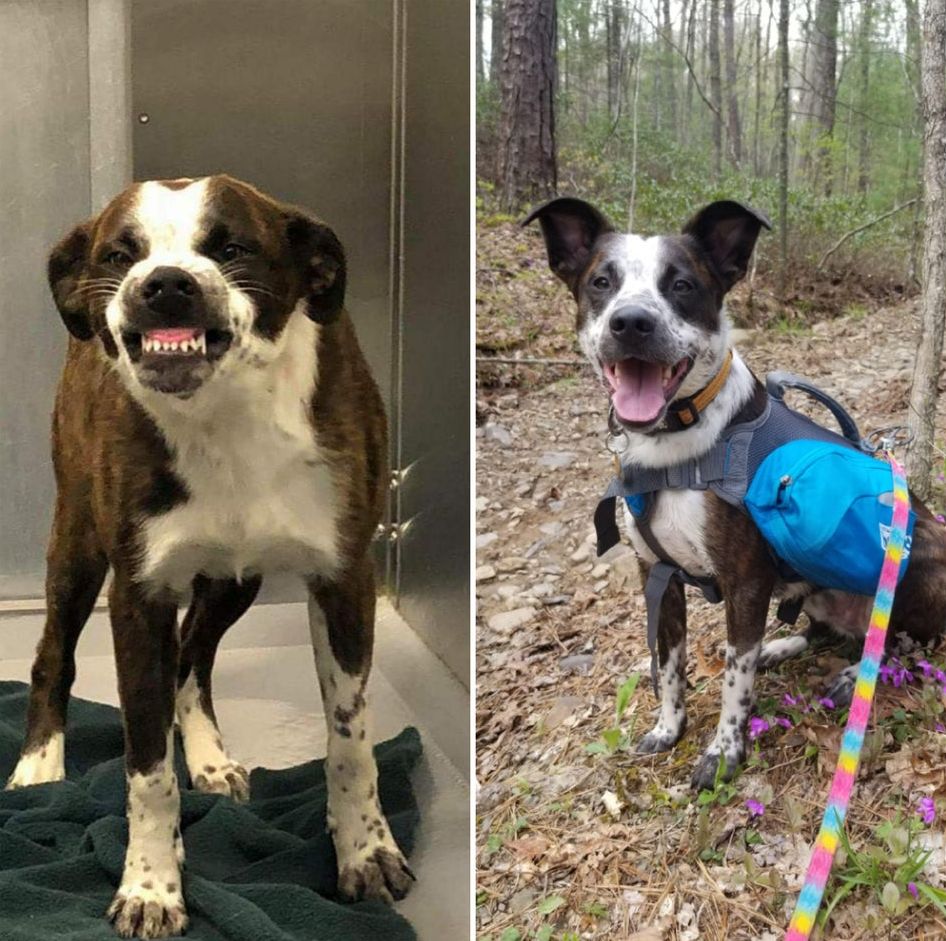 Have a good day hooman. 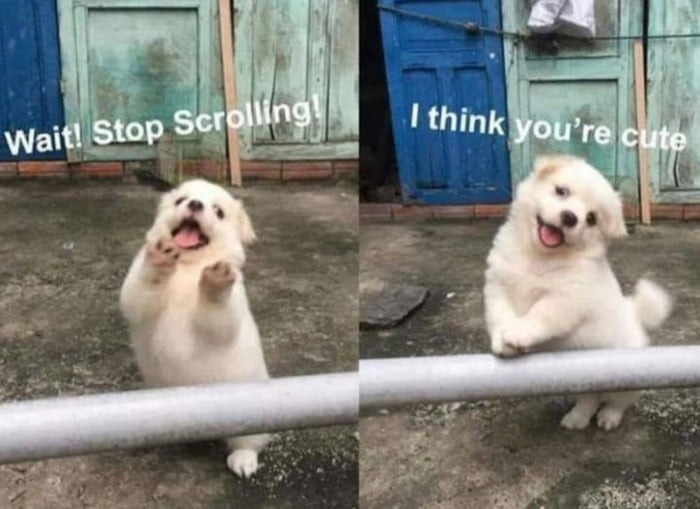 This is how I feel on a typical Monday morning :)

Don’t mind me, am just self-isolating during coronavirus quarantine