Beware of the one and only 20,000-Calorie Burger in Las Vegas! 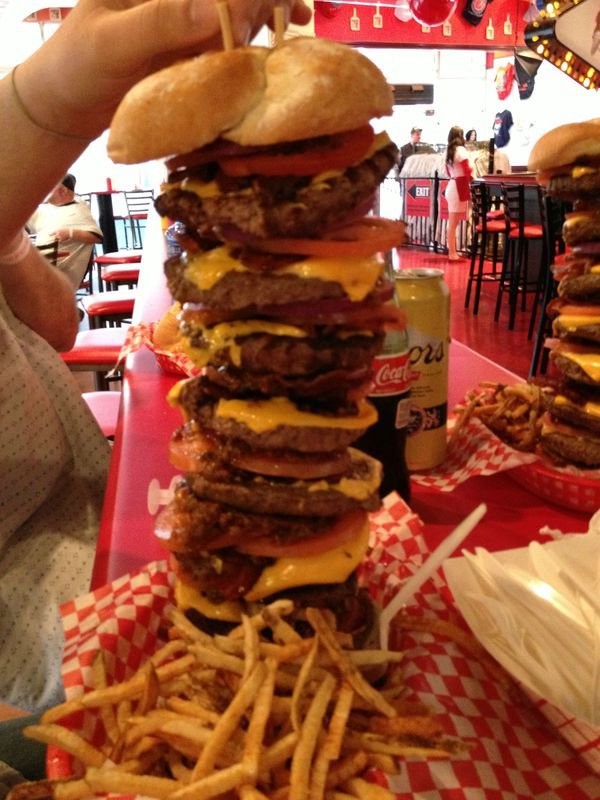 Aside from maintaining a website, Jon Basso hasn't spent one dollar on advertising. And yet his restaurant has garnered international attention thanks to the controversy he's created. "We purposely try to generate controversy, there's no question about that," Basso says. After all, with menu items like the Quadruple Bypass Burger and Flatliner Fries, who needs marketing? 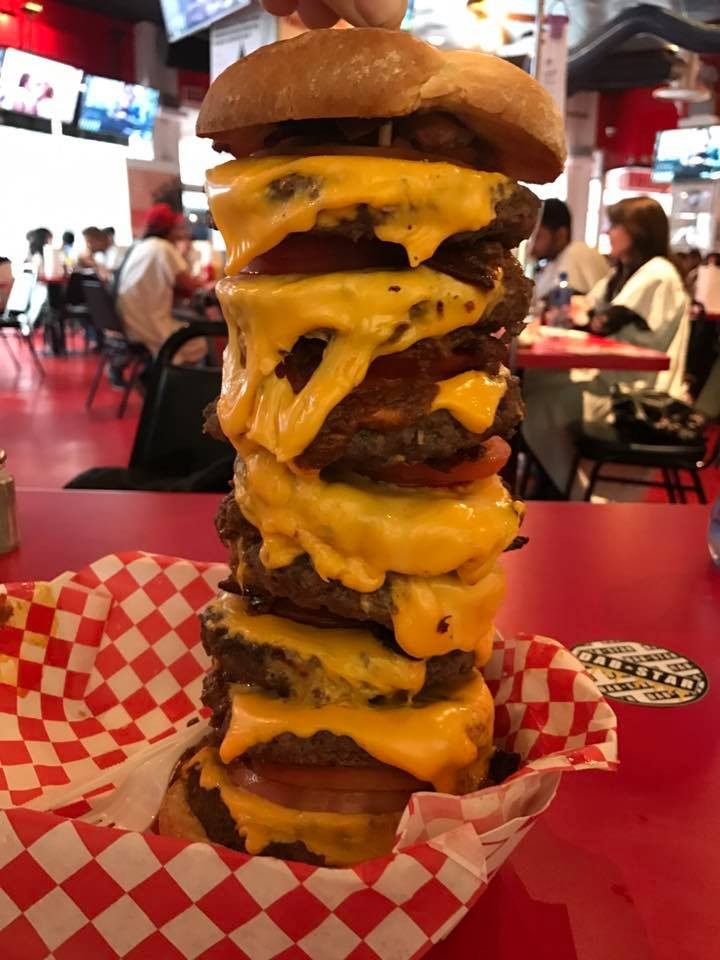 Yet even Basso, owner of Heart Attack Grill in Tempe, Arizona, agrees with his health-inclined critics on one point: Because of his 8,000-calorie burgers and french fries cooked in lard, the 40-stool burger joint isn't a place customers should frequent daily. "I tell everybody, 'Don't come here every day of the week; it'll kill you,'" he says. 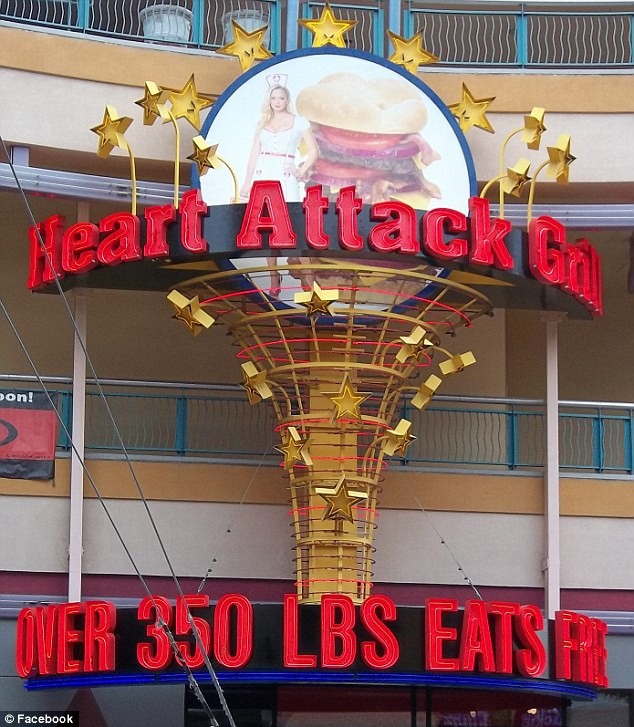 For Basso, who also goes by "Dr. Jon, chief surgeon," what began as a marketing thesis has turned into a diner with a world-wide reputation. Though he started out operating a chain of personal fitness training studios, Basso heard so much talk from clients about what they did on their "diet cheat days" he decided the Heart Attack Grill he wrote about in his thesis could be the ultimate place to go for a dose of gluttony. 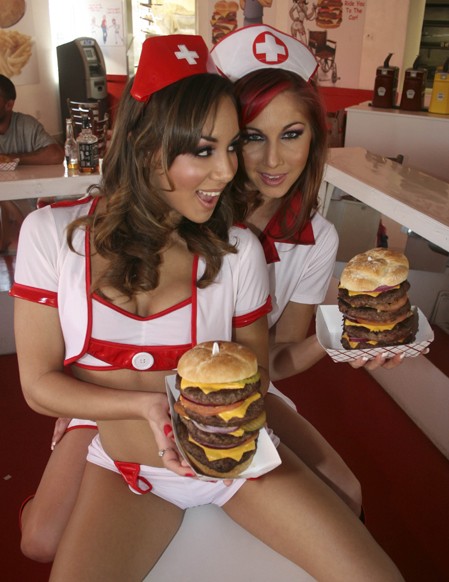 The controversial grill, which claims on its website to offer "taste worth dying for," officially opened its doors in January 2006--and it didn't take long for public debate to begin. Basso figured people would speak out against the ingredients in his burgers or the items on his menu--including filter-free cigarettes and beer--but was surprised when the biggest source of contention became the way his waitresses, or "nurses" as he calls them, dressed. The grill drew criticism from the Arizona Board of Nursing and the Center for Nursing Advocacy for putting the female-only "nurses"--the males are called doctors--in naughty nurse uniforms, saying they degraded the profession and that the restaurant shouldn't be allowed to use the title "nurse."

Basso fired back by saying it's as a matter of free speech and turned the controversy into a public debate on his website. He gained the support of his internet audience and received plenty of media attention, and shortly after posting letters and communications he received from Arizona's attorney general on his website, the suit was dropped. 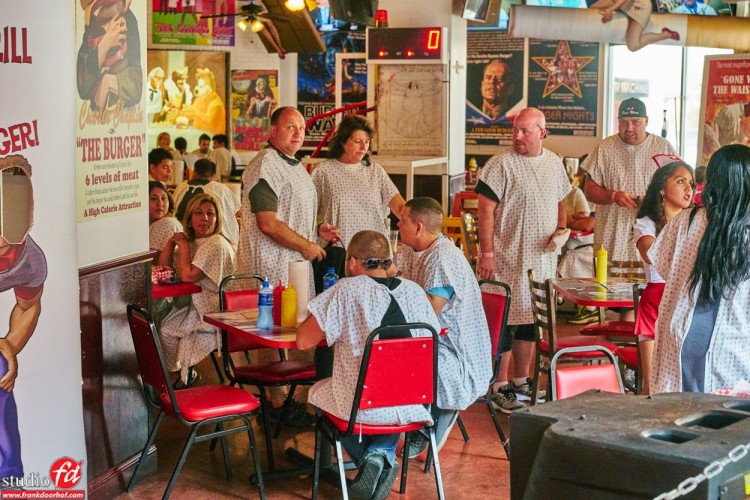 Basso, however, doesn't take the issue lightly. He recognizes there's a very serious nursing shortage going on and believes his restaurant is helping publicize the problem. "The Heart Attack Grill is actually glorifying the job for a younger workforce," says Basso. 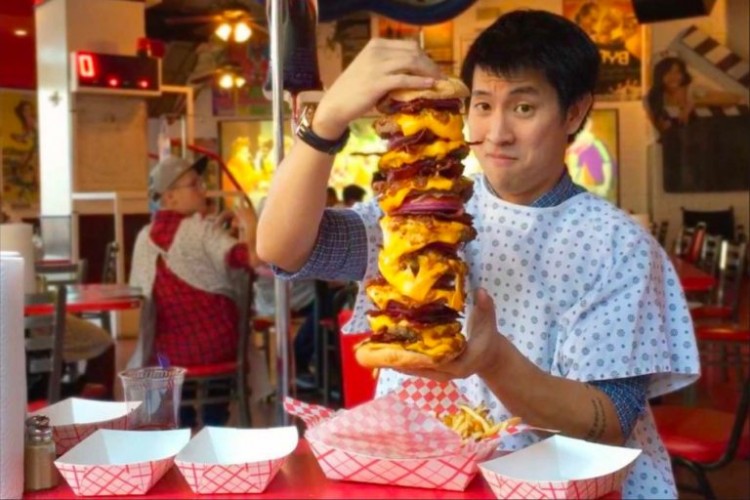 From the scantily clad nurses to the fat-filled, take-it-or-leave-it menu, it's easy to see this restaurateur doesn't care if his restaurant is politically correct. The grill instead embraces everything considered "bad," from male chauvinism to fatty foods to cigarettes. In today's health-conscious society, it's surprising that the grill has done so well. But to Basso, it all makes sense. "People don't want the salad bars; they want to have fun," he says.

This entrepreneur refuses to give in to the diet wars. In fact, he won't even allow lettuce on the grill's burgers. And if you ask for a Diet Coke, you won't get it. Basso says the grill only sells full-sugared soda from Mexico. Why? "Because if you're going to party, enjoy yourself. That's really the message."

Basso adds that today's consumer demands entertainment as well, something he's tied into the theme of his theatrical restaurant. At the Heart Attack Grill, waitresses don't take an order, they "write prescriptions." They don't have customers, they have "patients." And while on duty, the waitstaff gets into character while interacting with customers. They even go so far as to wheel out "patients" who are able to down a Quadruple Bypass Burger--featuring two pounds of beef, four layers of cheese and 12 slices of bacon--to their car in a wheelchair.

Basso also has drawn in customers by creating theme days at the Heart Attack Grill, including his "Valentine's Day Massacre," during which he offers free food and beverages--excluding alcohol--all day long. This year, he estimates the restaurant gave away approximately 900 free burgers in a 10-hour day. But according to Basso, it's all part of his anti-marketing plan. "Sure, I give away thousands of dollars worth of food, but it does much more advertising and word-of-mouth than anything else could."

His advice for wannabe entrepreneurs? "I'd tell people to create controversy," suggests Basso, who refers to himself as the Patch Adams of the restaurant industry. Though he won't release any financial information, Basso insists that word-of-mouth marketing has given the grill plenty of business. "What I've got, in marketing terms, is the purple cow," he says. "We've designed something that people talk about naturally. We've never spent one penny, and never will spend one penny on advertisements. We simply have a website, and that's it."

The grill's location is low-key as well. Basso says it's located behind a gas station, with no real exterior signage. And yet, the tourist dollar has been good to them. "Tourists come in and say they're here to see the Grand Canyon, check; the Fiesta Bowl, check; the Heart Attack Grill, check," he says.

Mention the obvious competitor, Hooters, and Basso says they're on a different playing field. "I believe wholeheartedly that Hooters has overextended," says Basso. "There're about 500 Hooters in the world, and I don't think it's special or unique for the clientele that enjoys that type of service because there are so many of them."

As for future plans, Basso says he has no intention of franchising the Heart Attack Grill. His overall goal is to make his restaurant into what he says the Hard Rock Café used to be before the chain widely expanded. "Now, there are over 100 Hard Rock Café locations, and they lost the ability to be special. We're not going to make that mistake," he says. Instead, Basso plans to have 10 locations built over the next 20 years. So far, he's looking at real estate in Amsterdam and other cities that he says have "mystique," like New Orleans, Hollywood, Honolulu and Rio de Janeiro.

For now, he is in the process of purchasing another building in Arizona, this time in Phoenix, where he'll create one of the first drive-thrus to offer commuters the full package--a burger, fries, case of beer and pack of cigarettes. And his plans don't stop there. Basso says the restaurant will be involved in filming its own "American Chopper"-type reality show beginning in March. The show will be produced by IVNET.TV, an international online broadband network. "But the difference between 'American Chopper' and us is we have sex and they don't," he says. "We have commercial endorsement possibilities, they don't."

With such a strong vision of where he wants to take the Heart Attack Grill, the possibilities--and controversy--could be endless for Basso. But criticism is what he has so cleverly turned into marketing opportunities that have helped make his restaurant such a hot spot. Not sure you have the guts to plunge into controversy as deeply as Basso? That's OK. The message here is that it's all right to be different and try something new, even if you raise a few eyebrows in the process.

Brazilian police training their officers on how to effectively maneuver a car out of a tight space. 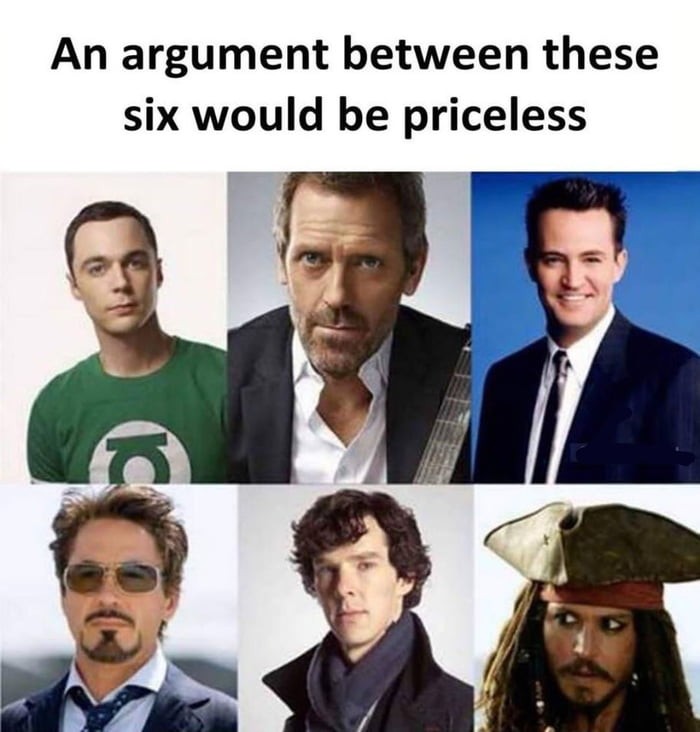