Come for one drink, they say 🍺 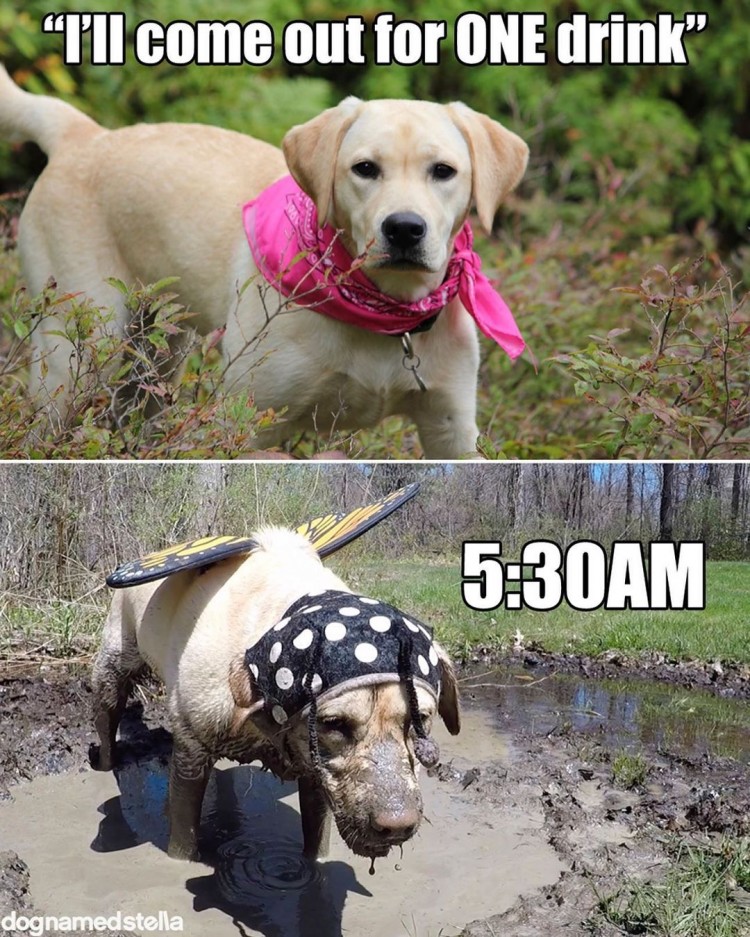 This is the most adorable and loyal Celine Dion fan! 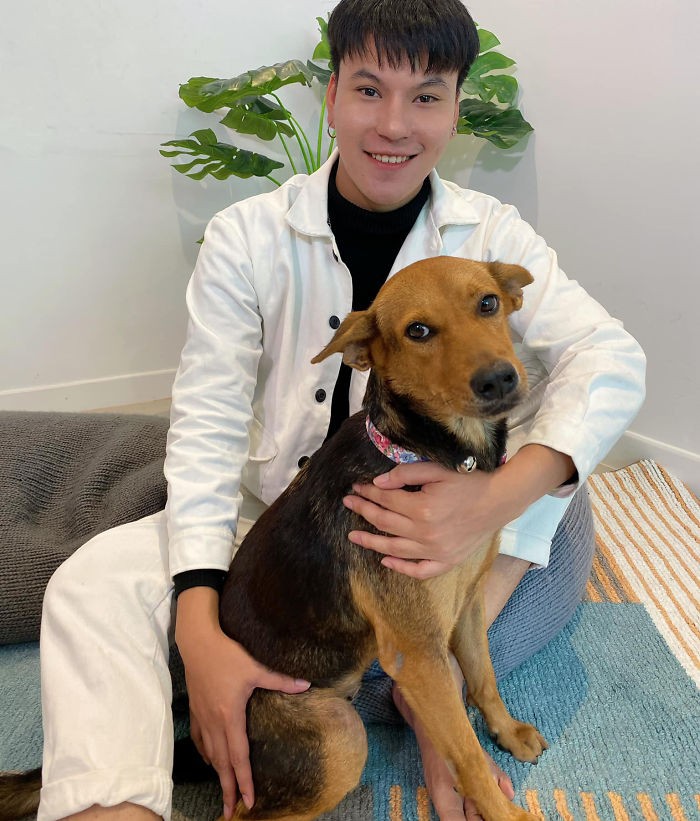 Have you ever done something that you regretted after drinking a few extra glasses? How about it ended up well but looked incredibly weird and irresponsible in the beginning? The story of a new friendship between a Thai man and an cute dog went viral online. And it started quite unexpectedly. 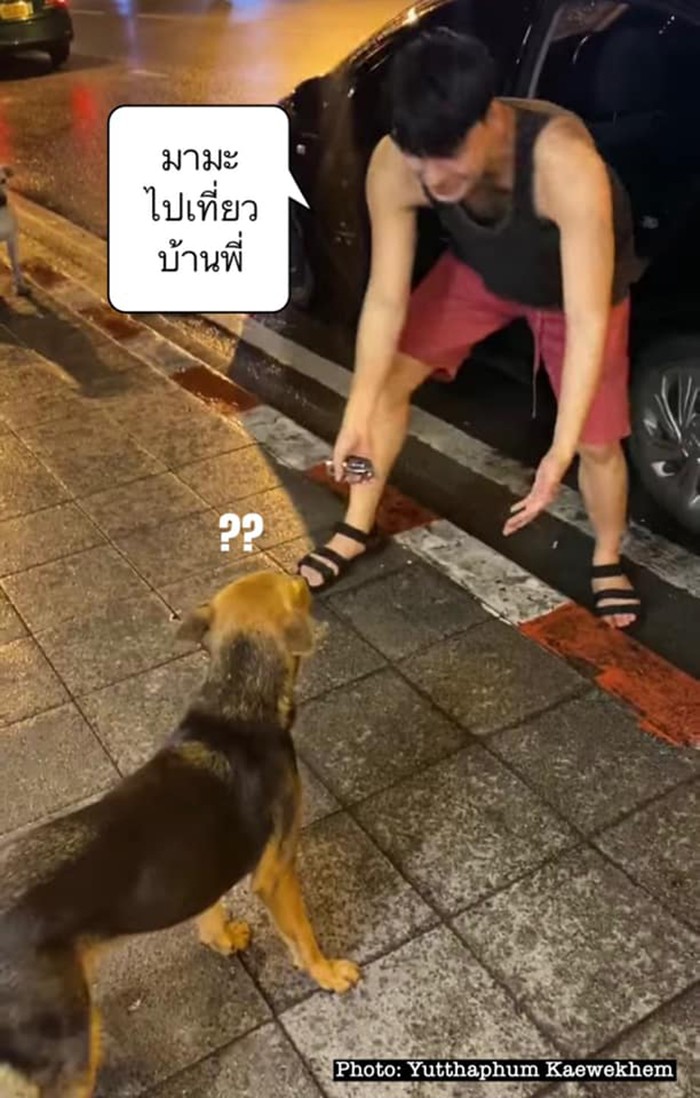 Yutthaphum Kaewekhem from Bangkok, aka Boom, decided to have some fun last week and ended up drinking too much 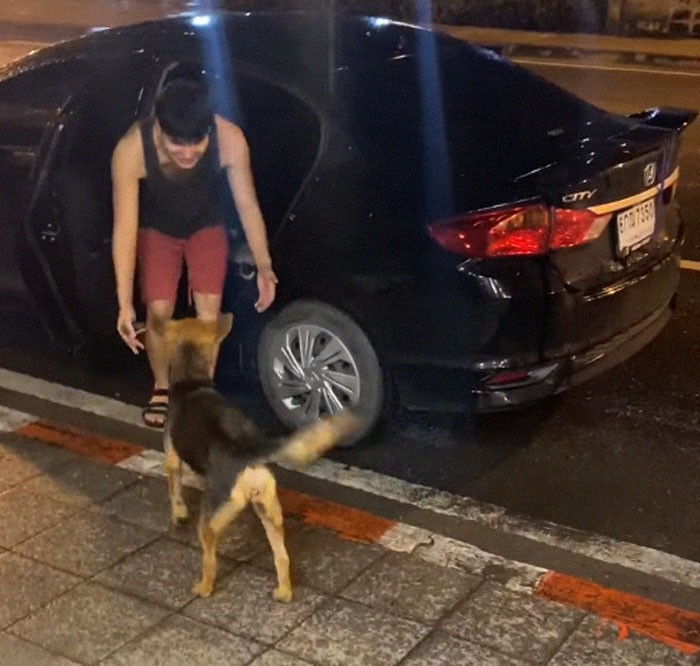 A drunk guy found a stray dog ​​near a restaurant and, being tipsy, decided that it would be a "good" idea to bring it home. 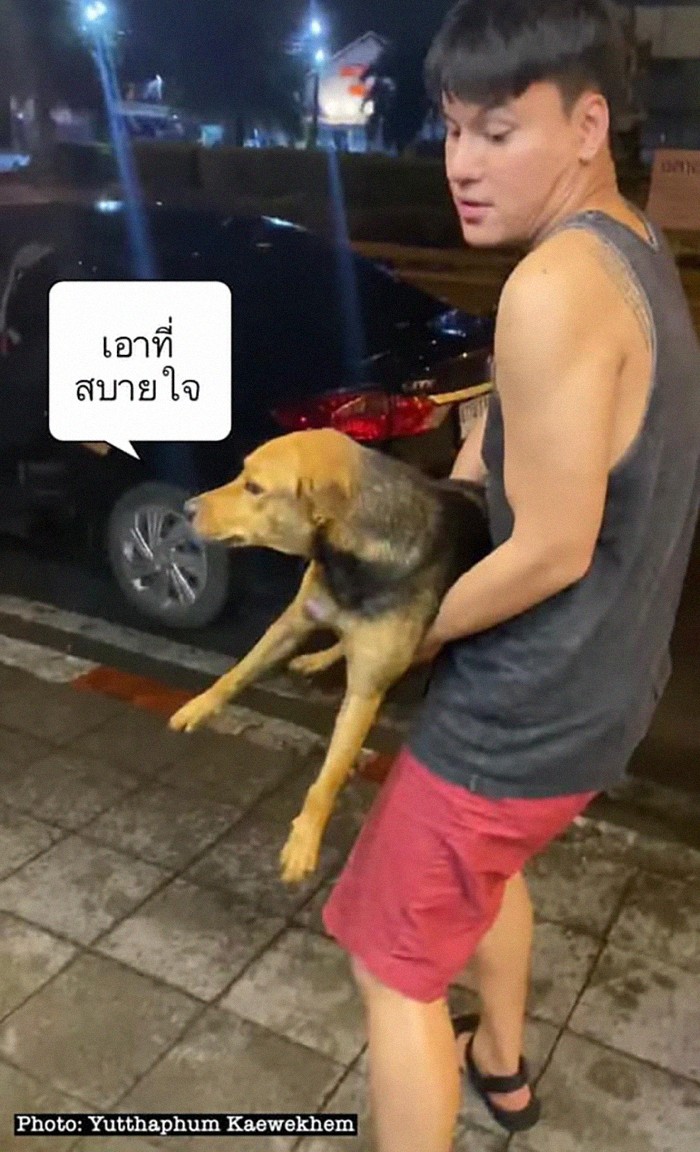 The story became incredibly popular in Thailand and made many people laugh after one of Boom's friends recorded a series of videos in which his friend decided to donate a home to a stray dog.

All this time, Boom's friend filmed the guy trying to rescue a stray dog ​​and put him in the car.

Later, the guy returned to the restaurant and asked if anyone had lost their dog; he did not want to be accused of taking someone else's pet. However, this poor fellow turned out to be a draw.

The next morning he woke up and was shocked to see a dog in his bed. 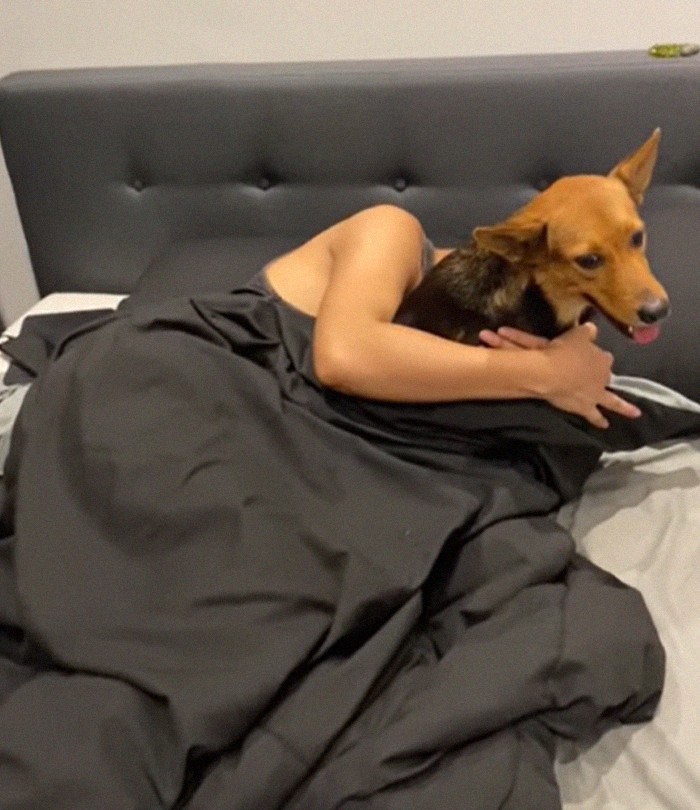 Then the guy still remembered what had happened the day before and decided to make sure that the dog had no owners. 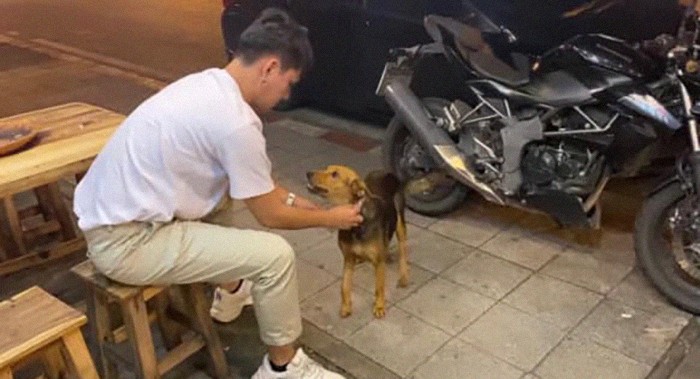 When he found out that his new friend was abandoned, he decided to keep the dog for himself.

This is how their friendship was born.

Boom bought the good boy a collar and dog food and washed the dirt off with a garden hose. 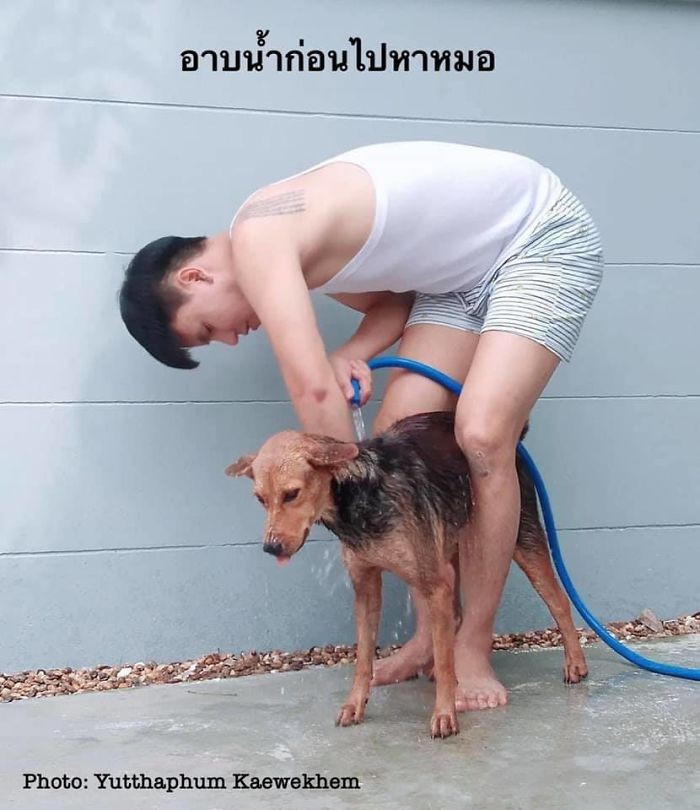 Look at this adorable guy who is now called Muta !. 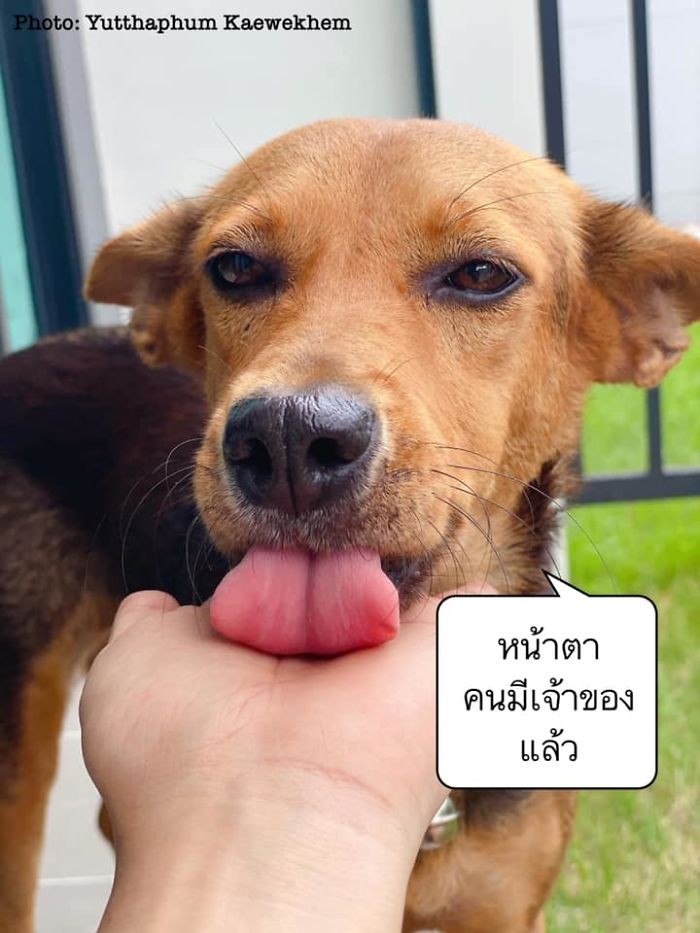 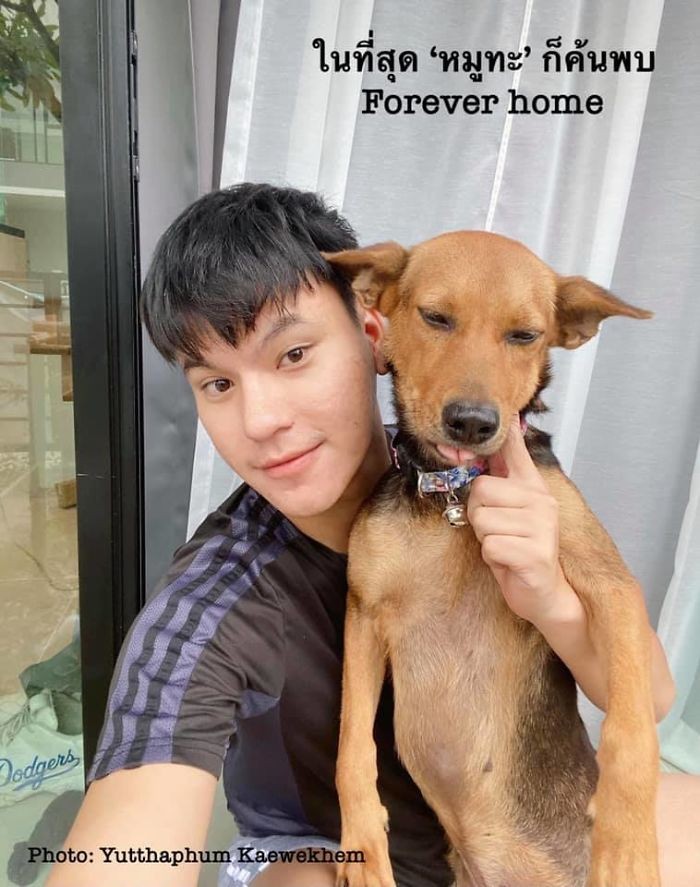 The guy seems to enjoy taking pictures of his new best friend, who is not averse to flaunting sunglasses. 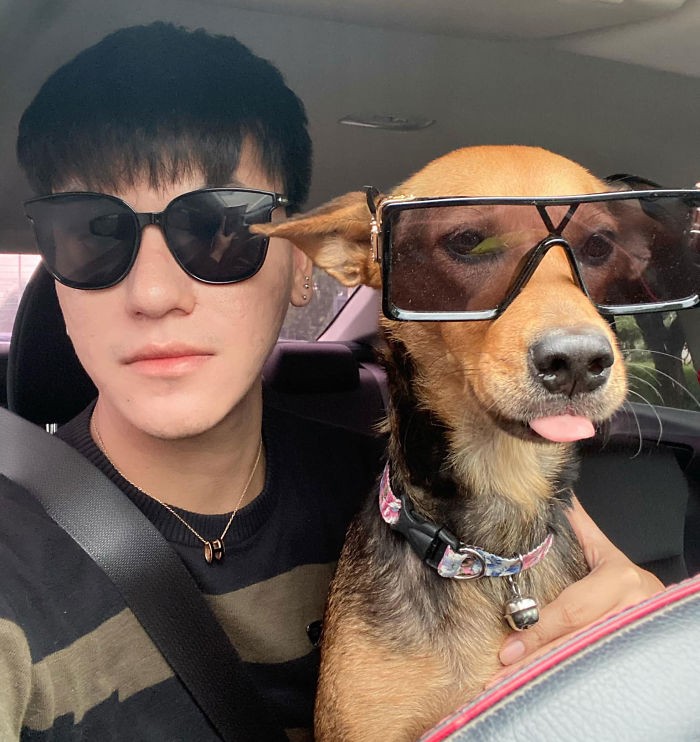 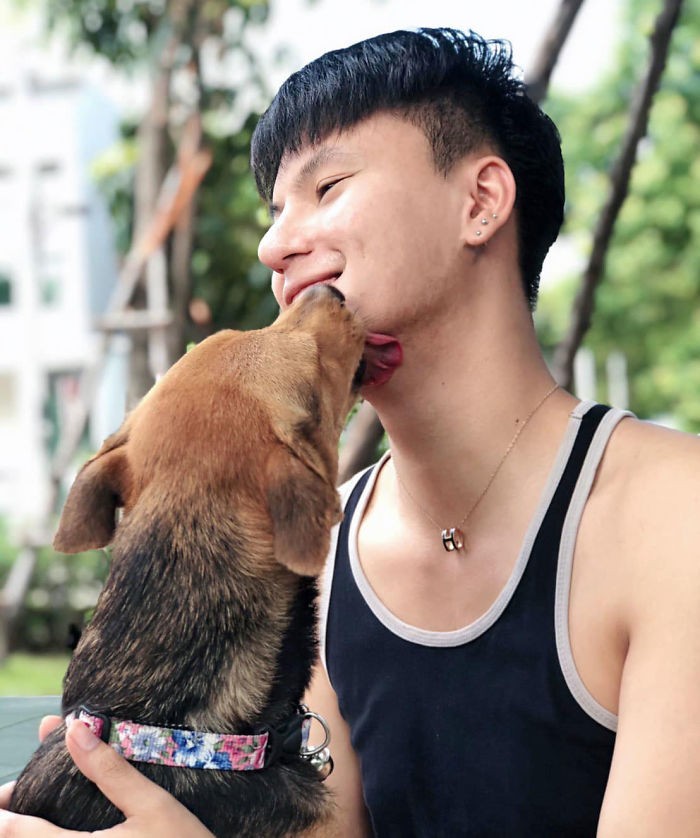