Just how ugly was his face?

Yesss Jeremy everything is going according to plan. Perfect news Carl perfect news.

If this doesn't make you laugh I don't know what can. 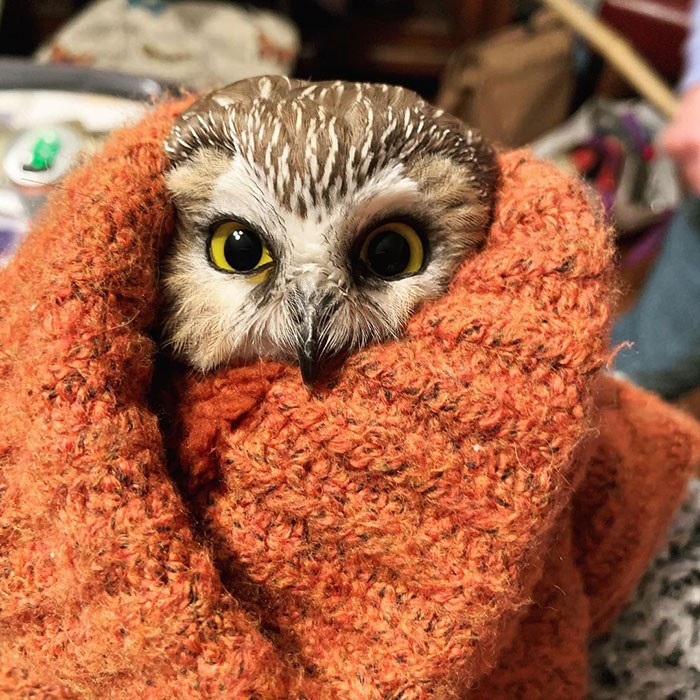 There's a tiny surprise lurking in Rockefeller Center's iconic Christmas tree this year. One of the workers transporting the forest beauty came across a hairy creature that was accidentally taken out of the forest along with a tree.

While workers were setting up New York's main Christmas tree, which is traditionally located at Rockefeller Center, a man discovered an unexpected surprise in it. 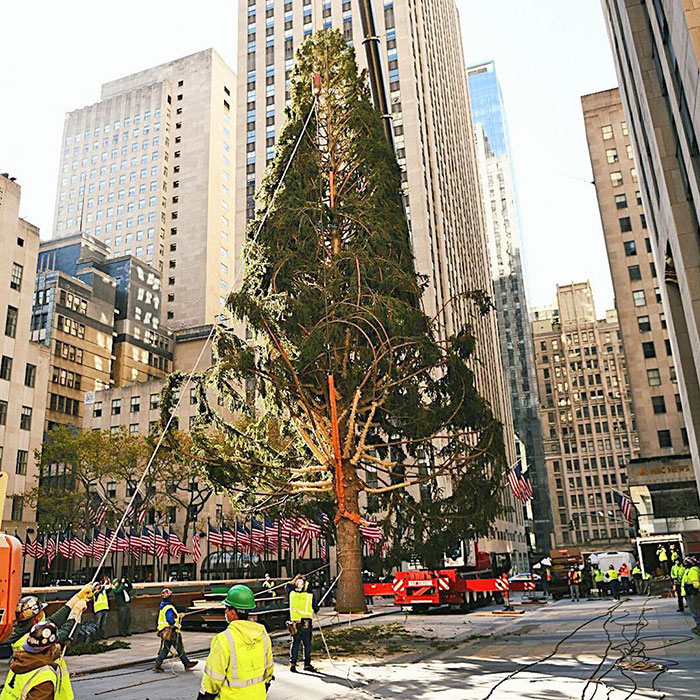 An employee of the company found and rescued a fur-legged owl, which had traveled a long way, sitting on one of the branches.

The bird was discovered by a worker while setting up a Christmas tree this year. Apparently, the owl was accidentally brought from the forest along with a 22-meter Norwegian spruce. 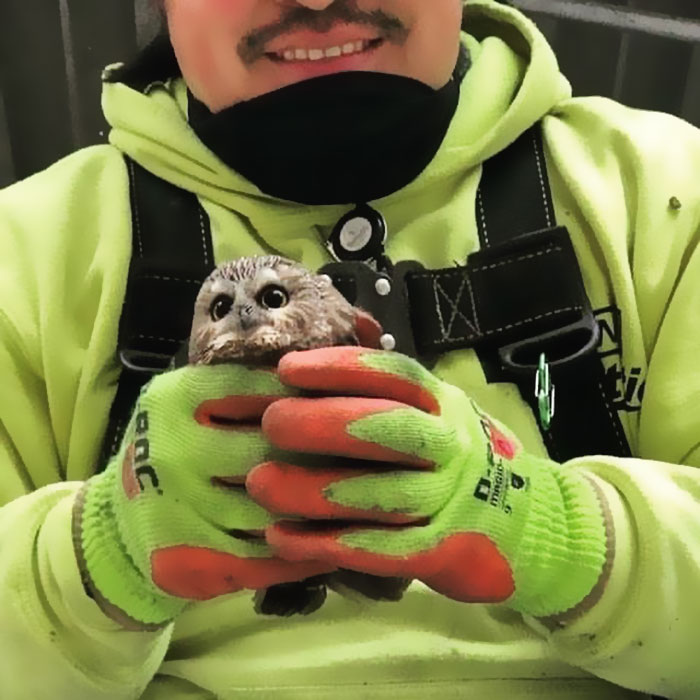 Ellen Kalish, director and founder of the Ravensbeard Wildlife Center, suspects that the bird may have become so frightened or stuck when the tree was wrapped that it could not free itself and fly away.

Soon, the wife of an employee of the company that transported the tree called the wildlife rescue center and said that her husband had found a small owl that had to endure a long trip. 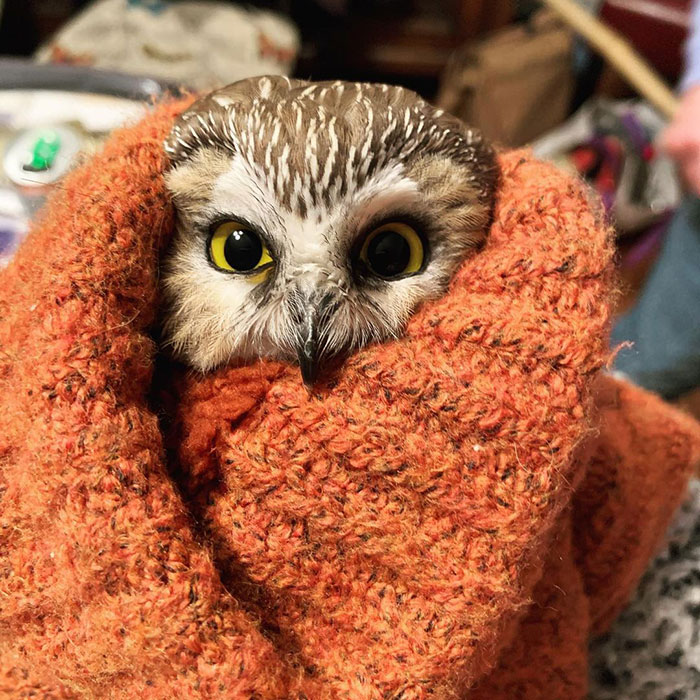 The man and his wife who rescued the bird lived about an hour's drive from the animal welfare fund, so director Ellen met them halfway to collect the bird.

Before the owl was sent to the Wildlife Center, it was put in a box and named Rockefeller. 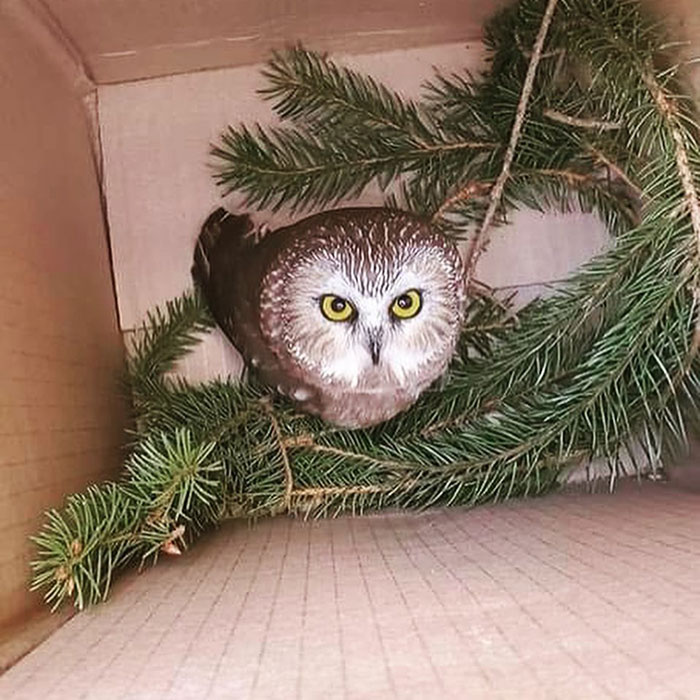 The rescuers of the magnificent bird thought it was an owlet, but Ellen Kalisch was skeptical, since she knew that owls are born in the spring. Ellen shared on Facebook that when she saw "that face" staring at her, she knew it was a furry owl.

"All owls are born in the spring, so the idea that a baby owl would be born in November did not make sense," the director of the animal welfare center said in a Facebook post.

Now with this cute little guy, everything is fine and his health is not in danger. 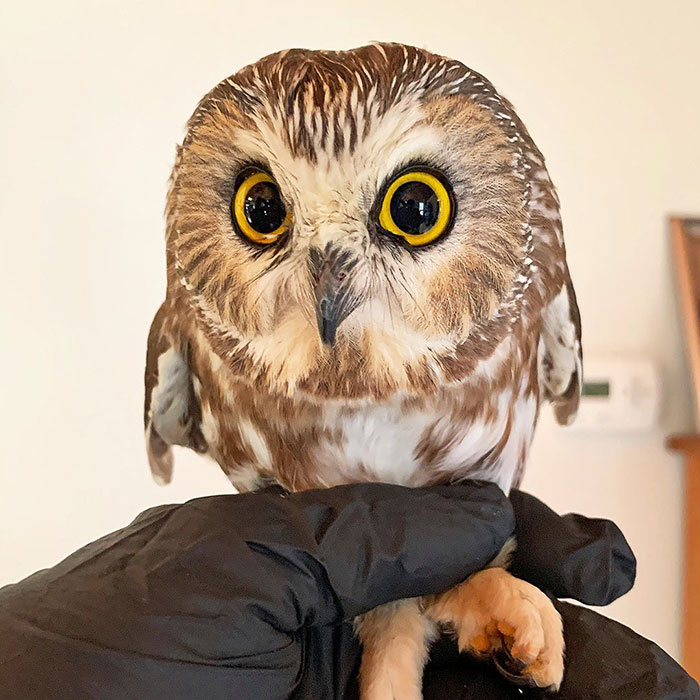