What I can afford.. 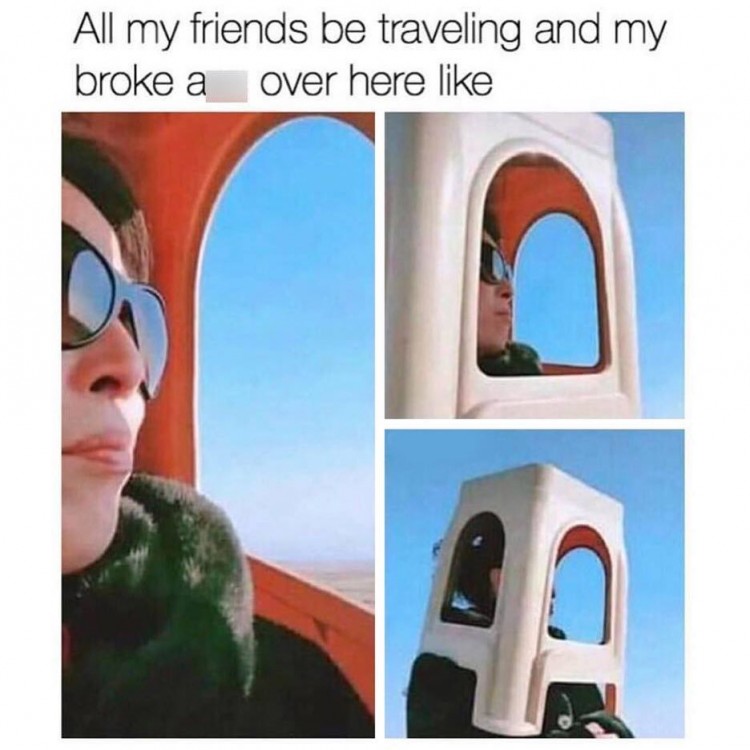 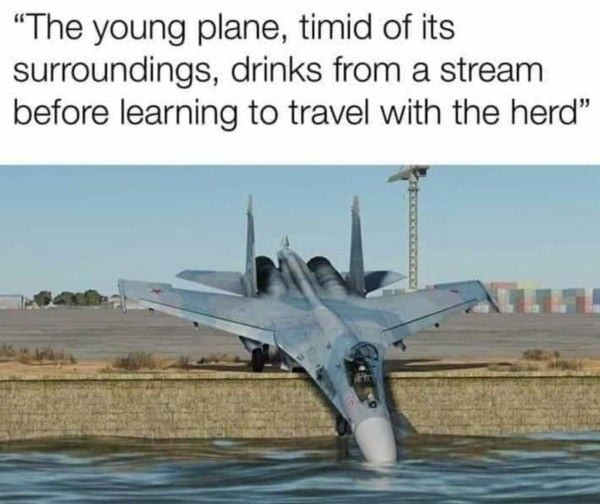 Top 10 largest planes in the world 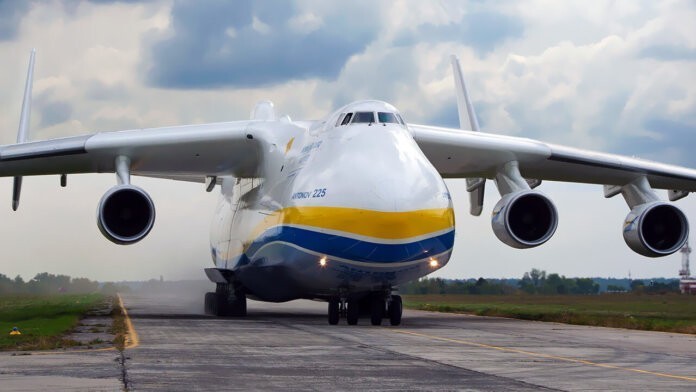 “The desire to fly is an idea passed down to us by our ancestors, who, in their exhausting off-road travels in prehistoric times, looked with envy at birds that soar freely in space, at full speed, without any obstacles on the endless road of air”, - once said Wilbur Wright.

Could the Wright brothers, back in 1903, imagine what their idea of ​​controlled flight in the air would turn into? Now you will not surprise anyone with supersonic aircraft and winged colossus capable of transporting not only people, but also heavy equipment. Well, even if we cannot fly like birds, we can, if we wish, fly on one of the largest planes in the world. Choose which of these giants you like the most.

This aircraft, created at the Voronezh Aviation Plant in 1934, became the largest aircraft of its time. Its wingspan reached 63 meters, and the maximum take-off weight was 42,000 kg. The ANT-20 was serviced by a staff of 5 people, and the aircraft could take 48 passengers on board. When the "dad" of the Little Prince Antoine de Saint-Exupéry arrived in the USSR, he flew the ANT-20. But the life of this model was short-lived. In 1935, during a demonstration flight, the plane took off together with an I-5 fighter, which was supposed to demonstrate the difference in size for newsreels.

During the performance of aerobatics I-5 entered the Nesterov loop, lost speed and crashed on top of ANT-20. That, in turn, began to fall apart in the sky and fell on the holiday village Sokol. The accident killed 49 people. At the Novodevichy cemetery, a memorial has been preserved, topped with a huge granite bas-relief of the crashed plane. 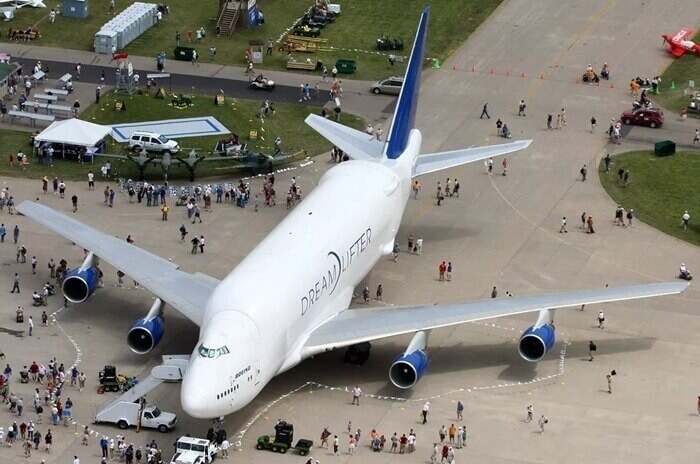 An unrivaled aircraft in terms of fuselage roominess. The volume of its transport compartment is 1840 cubic meters. It is used exclusively to transport parts of the Boeing 787 aircraft that are constructed by third-party suppliers. A total of 4 Dreamlifters were put into operation. 0 Source: basetop.ru The Boeing 747 LCF looks ugly, for which it has even been compared to the Wienermobile, a bun-shaped car used to promote and advertise Oscar Mayer products in the United States. And the head of Boeing, Scott Carson, jokingly apologized to Joe Sutter, the head of the Boeing 747 development team, for what he had done with his plane. 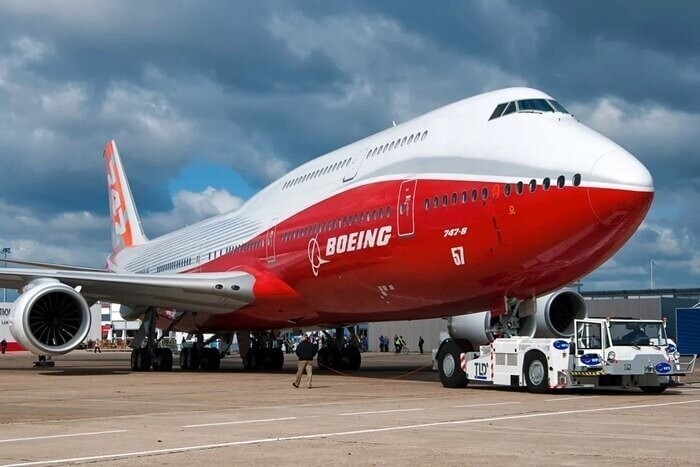 At Boeing, they know how to design aircraft that set records. The 747-8 became the longest passenger aircraft in the world. Its length is 76.4 meters. The Boeing 747-8 is a representative of the new generation of the Boeing 747 series (eighth in our list). It features a longer fuselage, improved wing, and greater cost efficiency. 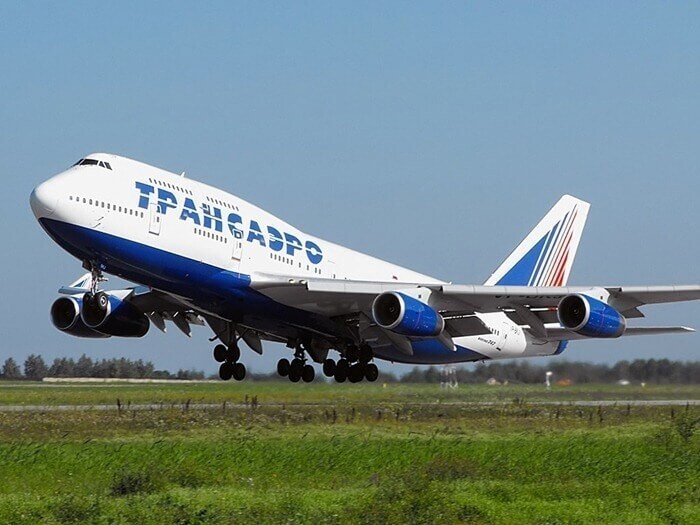 Once upon a question about what is the largest aircraft in the world in terms of passenger capacity, the designers of the double-deck Boeing 747 proudly answered: "Our"! Depending on the modification, the aircraft can accommodate up to 624 passengers. But then the Airbus A380 appeared and pushed the Boeing 747 off the plinth of the most capacious aircraft. If you've watched Casino Royale with Daniel Craig as James Bond, you may remember the SkyFleet S570 that the terrorists wanted to blow up.

The role of this airliner was the Boeing 747-236B, which was built in 1980 and flew until 2002. A worthy end to your career. And one of the largest plane crashes in the world is associated with the Boeing 747. It happened in 1977 on the island of Tenerife. In the fog, two Boeing 747s collided with each other on the runway, killing 583 people. 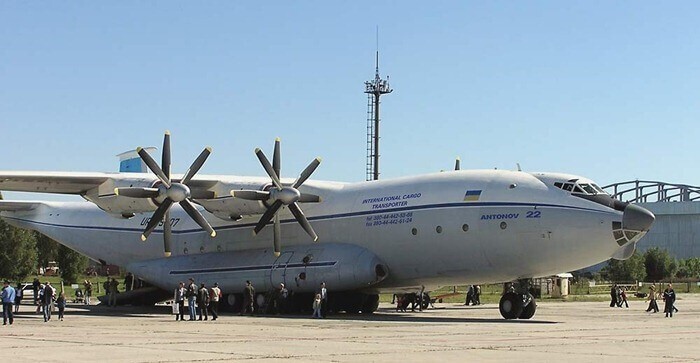 This winged aircraft, named "Antey" in honor of the invincible giant

from ancient Greek myths, is still the world's largest turboprop aircraft. Transportation of goods during the war in Afghanistan and during the liquidation of the accident at the Chernobyl nuclear power plant, transportation of refugees and military personnel from Eastern Europe and the near abroad - this is not a complete "track record" of An-22. And on one of the passenger flights organized during the air bridge between Egypt and the Soviet Union in 1972, Antey set a record, taking on board almost 700 people. This is a real hard worker, reliable and unpretentious in operation. 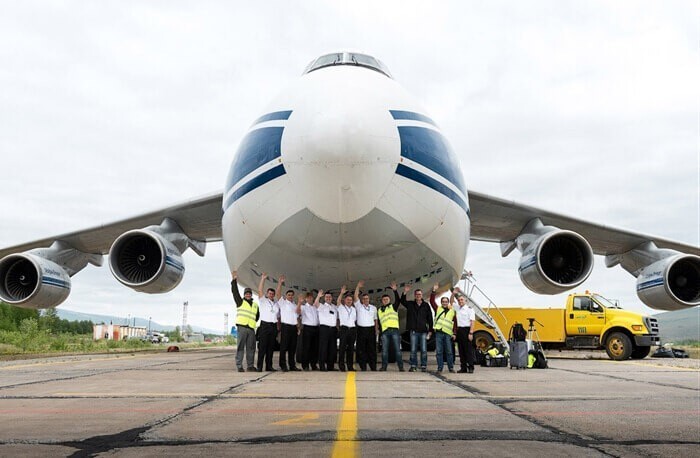 The five largest aircraft in the world are opened by Soviet development, which before the appearance of the Airbus A380 (the fourth number in the list) was considered the largest of the serially produced aircraft.However, the title of "the largest military aircraft" from the An-124 has not yet been taken away, as well as the title of the world's most cargo-lifting serial transport aircraft. 0 Source: basetop.ru And although the production of Ruslan, as Oleg Konstantinovich Antonov called this aircraft, is now suspended, the existing aircraft fleet will be modernized. This was announced in July 2018 by Deputy Prime Minister Yuri Borisov. 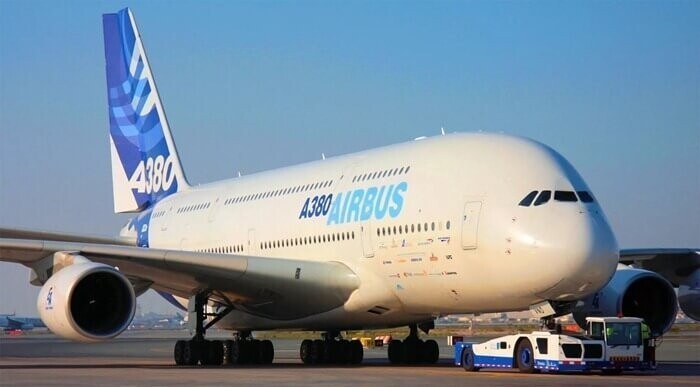 The largest commercial aircraft in the world (of mass production) and one of the largest aircraft on Earth. When you watch a video of one of the largest planes in the world, it's hard to believe that such a colossus is capable of taking off. 0 Source: basetop.ru Airbus A380 is capable of carrying up to 853 passengers in economy class configuration. By comparison, the A380's main competitor, the Boeing 747 passenger airliner, carries only 624 people in full economy class configuration. It's not just airlines that own the luxurious Airbus A380s. By order of the Saudi prince Al-Walid ibn Talal, a private jet was built, which cost the owner $ 488 million. 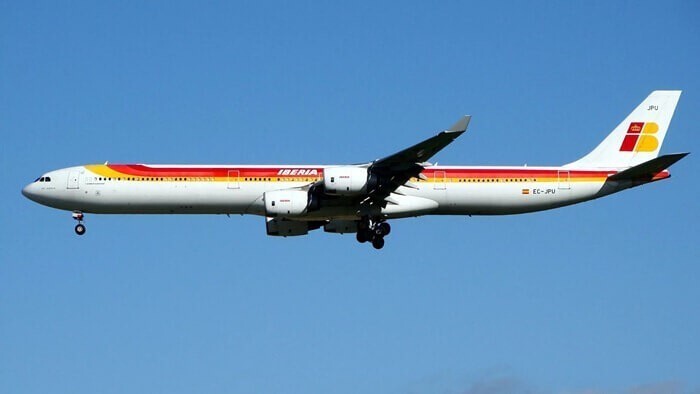 It is the largest member of the Airbus A340 family and the third longest aircraft in the world (75.36 meters). Aircraft of the Airbus A340 type were produced until November 2011, but they could not compete with the Boeing 777. However, they still carry out passenger traffic in various countries of the world. 0 Source: basetop.ru It is curious that for the entire period of operation (since 1993) only five A340 aircraft were lost. However, not a single passenger or crew member was killed. 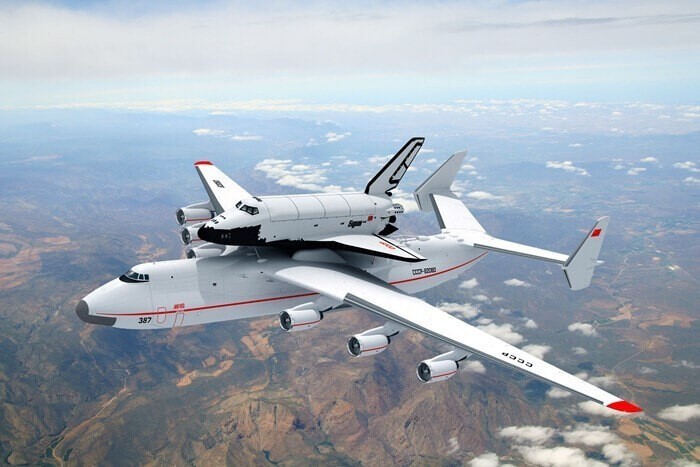 It is the largest transport plane ever built. Its maximum take-off weight is 640 tons, and its payload is 250 tons. 0 Source: basetop.ru An-225 is capable of transporting vehicles, construction and military equipment and other bulky goods to different parts of the world on its fuselage. But this giant was intended for a different, much larger purpose. It was created as part of the Buran reusable spacecraft project. It was assumed that the An-225 will transport the components of the Buran and the launch vehicle from the place of creation and assembly to the place of launch. 0 Source: basetop.ru The first flight of Mriya (a dream translated from Ukrainian) took place in December 1988, carrying a Buran weighing sixty tons. However, after the collapse of the USSR, the "dream" was left without work. They began to operate it again (after appropriate modernization) only in 2000, for commercial transportation. More recently, in September 2018, the giant plane set a new record by making a thirteen-hour non-stop flight from Ukrainian Gostomel to the American airport in Auckland. He covered a distance of 9800 km. × 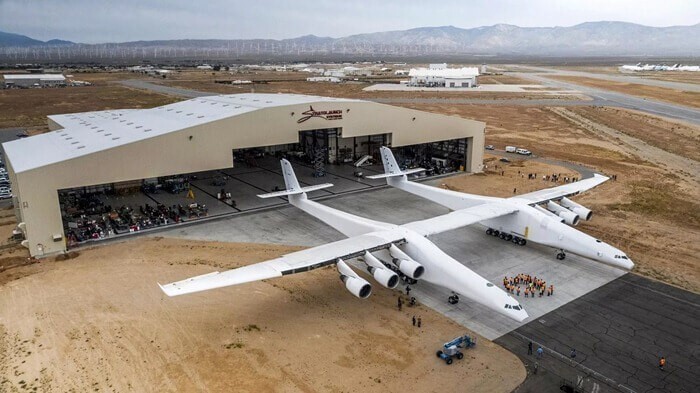 This huge plane will not carry ordinary cargo. Rather, it will serve as another way to deliver objects, namely satellites, into the stratosphere before launching them into space orbit. This mode of transport will be more reliable and less expensive than traditional rockets. 0 Source: basetop.ru Unlike the largest aircraft in the world - the Ukrainian Mriya - the American Stratolaunch does not fly yet. Its first demonstration took place in May 2017. In terms of a wingspan of 117.3 meters, it is much superior to the An-225 (88.4 meters, respectively). The Stratolaunch is currently the largest wingspan in the world. However, the American is inferior to the Ukrainian "colleague" in maximum take-off weight (589,670 kg and 640,000 kg, respectively) and length (73 meters for Stratolaunch versus 84 meters for An-225). The exact dates of the new Stratolaunch tests are still unknown. Engineers hope this aircraft will enter service within the next 10 years.