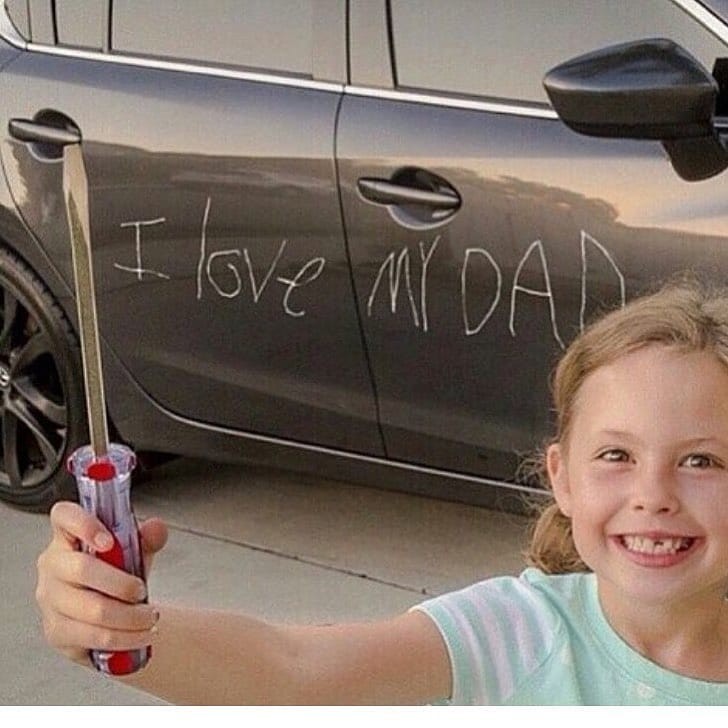 Rules for using child car seats and other useful tips 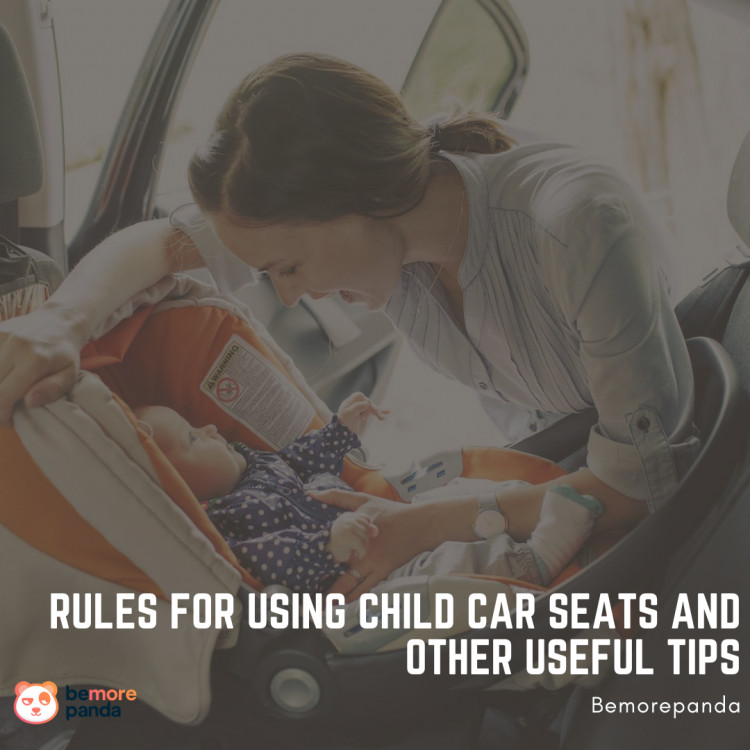 Buying a functional car seat is not everything, as you need to know how to use it correctly. Studies by the German Institute for Insurance Appraisers (UDV) (data collected from Germany) show that more than 50% of children traveling in car seats are not adequately protected. Therefore, it is important to know what parents are doing wrong.

How to choose the right child car seat

What kind of child seat should I buy in the car?

Why do you need a car seat? According to the World Health Organization, the use of child restraints in vehicles can reduce infant mortality by 71% and older children by 54%. The use of such safety devices is mandatory for children under 12 years of age in countries with a high level of motorization.

What is a car seat? 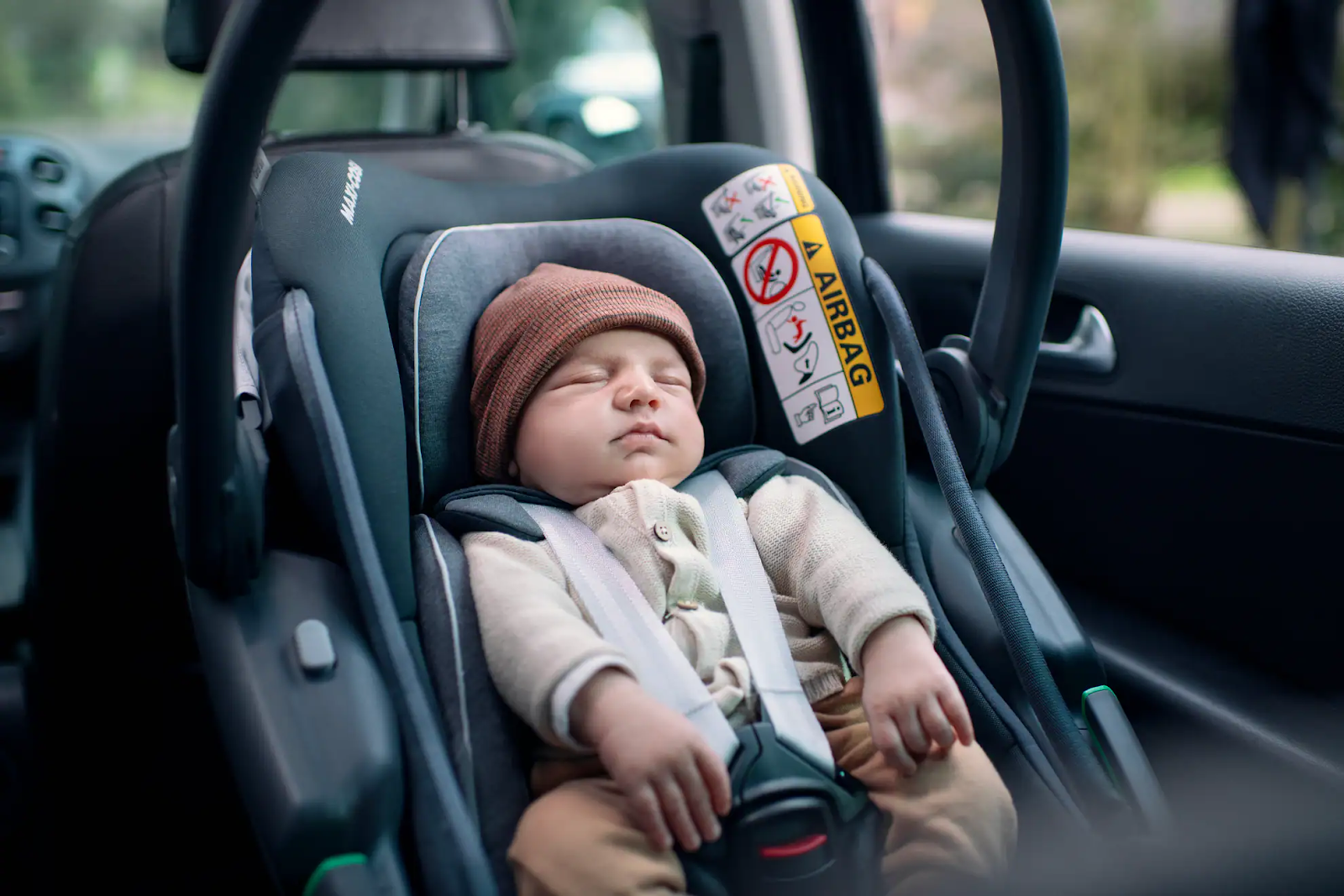 A child car seat is a restraint designed to carry children in a car. The car seat is designed for small passengers, from their very birth until the child reaches a height of 150 cm or a weight of 36 kg.

The main task of the car seat is to ensure the safety of the child during a traffic accident, as well as during emergency braking or sudden maneuvers of the car. Its need for a car is obvious, such a car seat reduces the likelihood of fatal injury. A prerequisite for this is the correct installation of such a car seat in the car.

How to properly transport a child in a car seat? 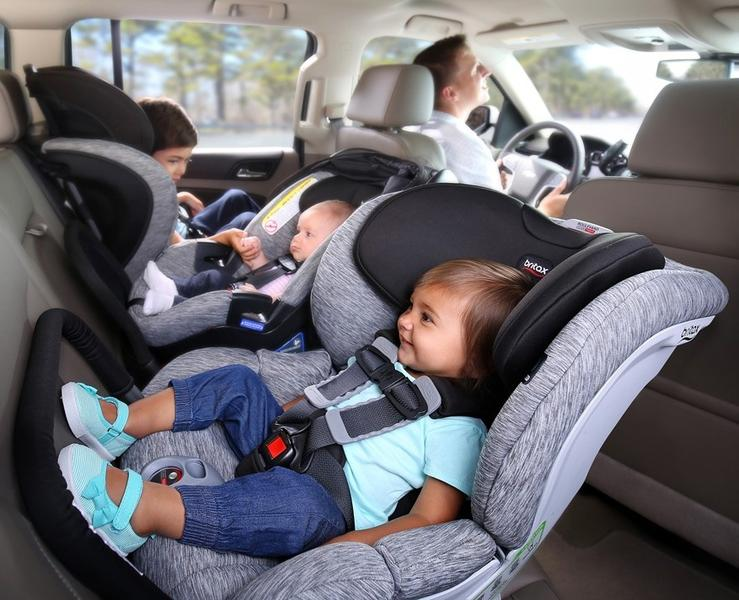 Pay your attention to the instructions for installing the car seat in the car. Ask the consultant to show you personally how to secure the seat in the car and how to properly fasten the child in it. After placing the child in the car seat, fasten it with the inner belts or three-point seat belts, depending on the group of the car seat. Be sure to check the tension of the belts, they should not sag or hang out. When traveling by car, give your child only soft toys for play and fun. For babies, use only special toys provided specifically for car seats. If your child watches cartoons during the trip, then keep in mind that all hard objects must be carefully secured. Do not give your child a DVD player or a book.

A child with a height of at least 135 cm is allowed to ride without a car seat. But he must sit in the back seat, fastened with a seat belt. However, it does not fit into available car seats. It is also important to develop appropriate habits in young passengers so that they understand how important safety is. Older children must be fastened to the car seat with a seat belt. Parents are obliged to check whether the child really did it right.

Vehicles that are not suitable for attaching child seats may not carry small children on public roads.

At the same time, many say that before, when there were no special child seats, it was easy to do without them. But to understand the seriousness of the issue, one should compare modern accident statistics with data from 30 years ago. Dry statistics show that, despite the lower traffic activity, there were more injuries caused by accidents than today. Therefore, reliable protection of the child in the car is a fundamental issue that parents must decide.

How to choose the right child seat

The model must first of all correspond to the height and weight of the baby. If the seat is too small, the child's head will protrude beyond the contours of the backrest, which will not provide adequate support in a crash. If the car seat is larger, then the harness geometry will be incorrect. At the same time, the seat should not only be comfortable for the child, but also match the layout of the car.

Theoretically, the seats are universal, but in practice it often turns out that the seat base cannot be securely installed on the rear sofa. Often this is due to the strongly defined contours of the sofa. It happens that a large, deep and elongated seat is not suitable for safe use in a particular model, since the narrow door does not allow the parent to comfortably place the child and fix it correctly. For those with two or three children, the situation is complicated by the need to install multiple car seats.

Although ordering online is convenient and usually cheaper than in regular retail outlets, you should choose a car seat in real life - with a car and a child. It is worth comparing different models in terms of ease of use and ask the seller to test install a particular seat in the car.

How to properly install a car seat 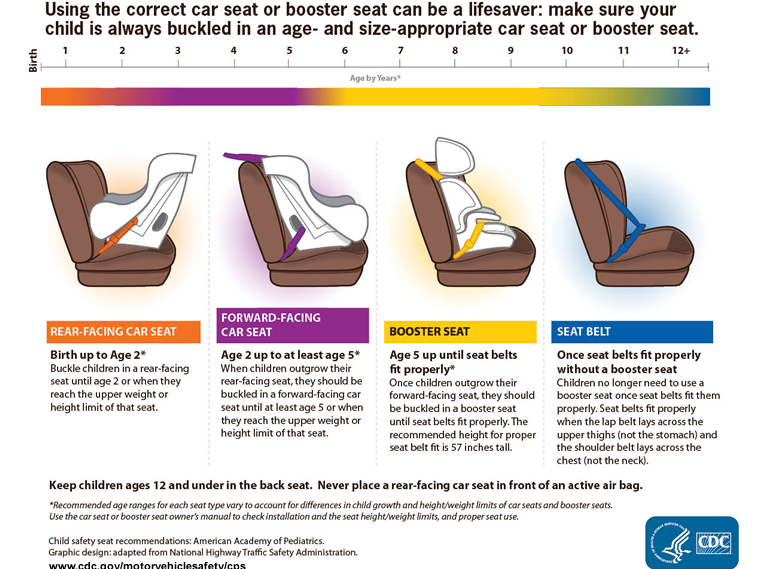 Unfortunately, not all car seats are intuitively easy to install. Therefore, a common mistake is the incorrect installation of a car seat. Models that are secured with seat belts are cheaper, geared toward older children, and tend to cause the most problems. The correct positioning of the belts and their maximum tension is of decisive importance here.

If the child seat swings freely in the rear seat, it does not provide enough protection for the small passenger. Most seats have assembly instructions on the side or base showing the correct positioning of the straps.

But the owner of the car often faces problems. Sometimes the car has too short seat belts. In this case, a belt extension is used. It happens that the seat cannot be tilted due to the shape of the seats.

Even the fastening system, made in accordance with the Isofix standard, does not guarantee the absence of problems. In addition to the metal snap-on brackets located between the back of the chair and the car seat, a top strap or additional support is usually used for proper attachment. It is located between the base of the seat and the floor of the car.

The top strap is attached to the clips on the back of the sofa. Its function, like the retractable support, is to prevent the uncontrolled movement of the child seat in the event of a collision. The sofa of the car to which the child seat is attached is usually quite soft, and the Isofix latches can act as hinges, extending the seat by almost a quarter of a turn. As a result, the risk of hitting the back of the front seat increases.

Attention! Before installing the seat, you should carefully study the technical documentation of the car, find recommendations regarding the installation location of the child seat. In many vehicles, due to the design of the seats, the type of cushions or side curtains, secure locking is only possible in some places.

How to use seat belts correctly 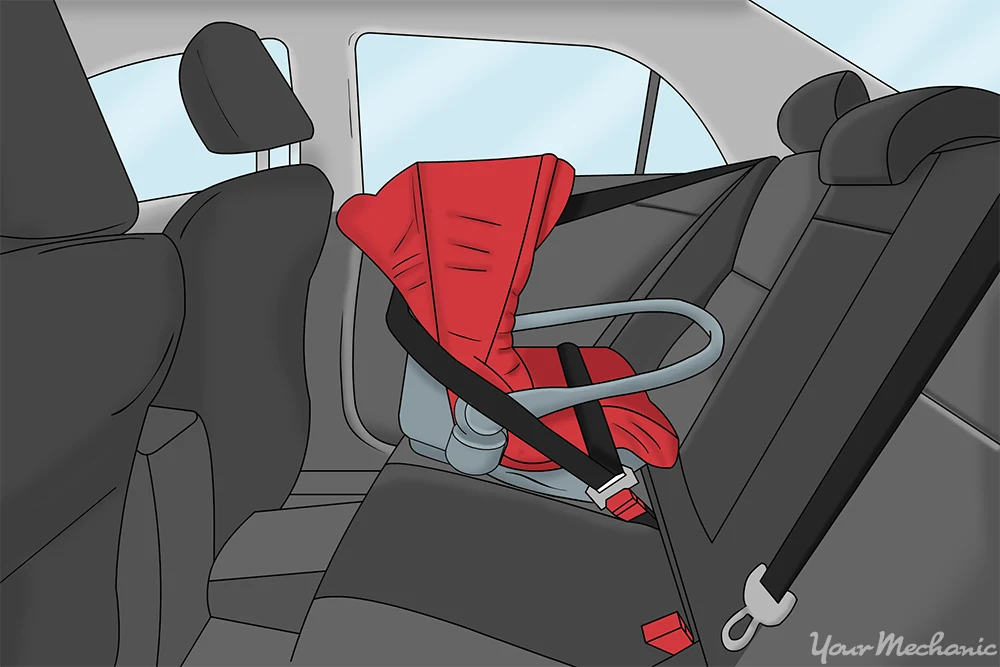 Most children are simply not properly seated. It should be noted here that the inertia belts used by adults automatically adjust the tension, provided that they are in good working order and the passenger is sitting correctly. But the child seat belts are tightened by hand. This often requires effort, so to make the child comfortable, the force with which the belts are tightened should be dosed so as not to provoke injury.

In this case, the child in the car seat must be secured like a driver in a sports car. The back of the baby is firmly pressed against the back of the chair, and a hand should be difficult to crawl between the body of the child and the belts.

The belts must not be twisted, because in this state they will not evenly distribute the load. It is not allowed that the belt rubs against the child's neck, while providing support for the pelvis without a snug fit against the baby's stomach. 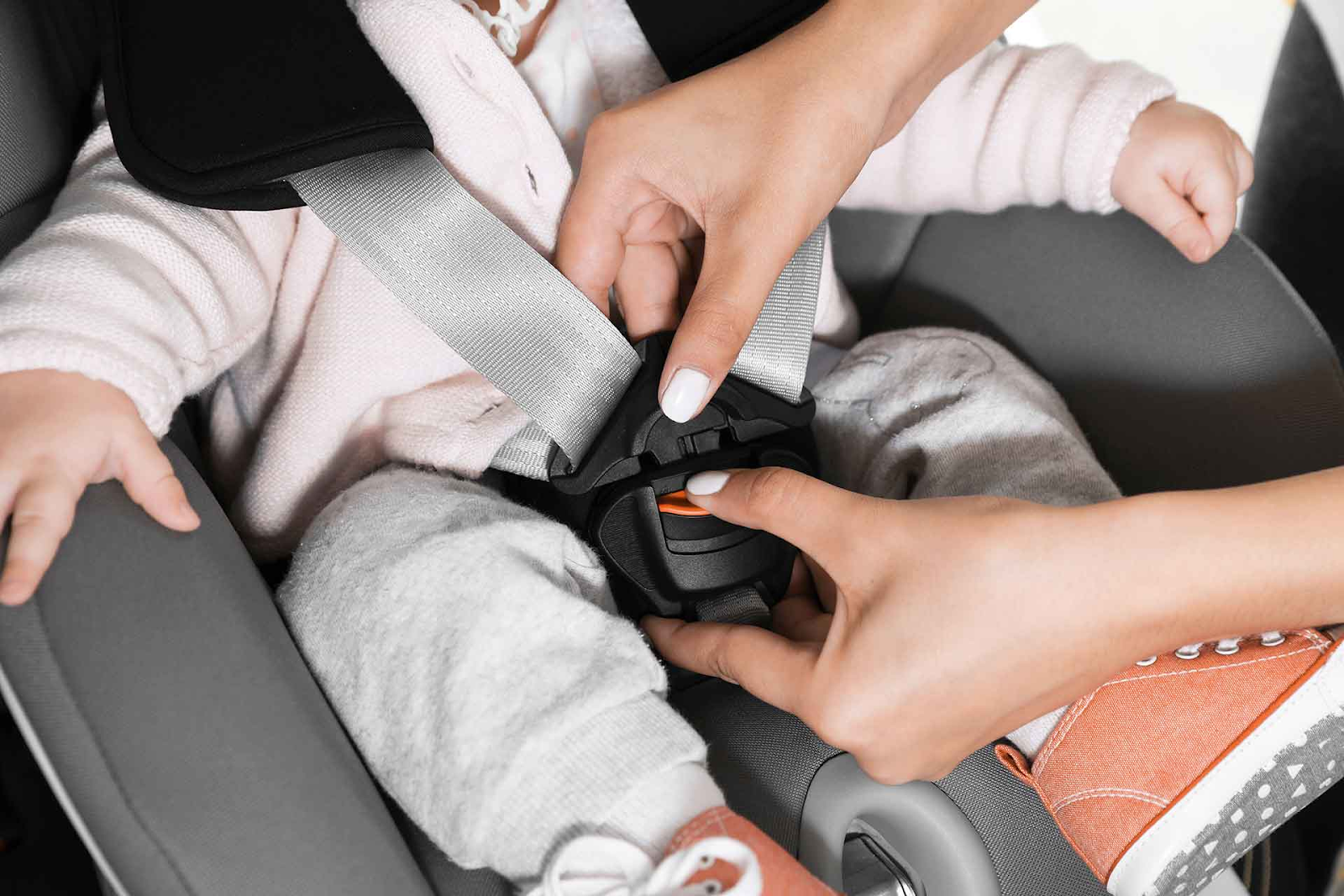 It should be remembered that:

1. In cars that do not provide for the possibility of installing a seat for a child, you cannot carry it on public roads.

2. Straps should fit snugly against the body and not create discomfort.

3. The airbag is deactivated when a child seat is installed on the passenger seat.

4. If the straps are too long, it is better to choose a different model of the child seat. At the same time, the safety of the child largely depends on the attention and driving style of the parent behind the wheel. Therefore, follow the Rules of the Road and carefully follow the road so as not to endanger the baby.