Don’t ever take your puppies for granted, you’ll never know when they will be gone ❤️ 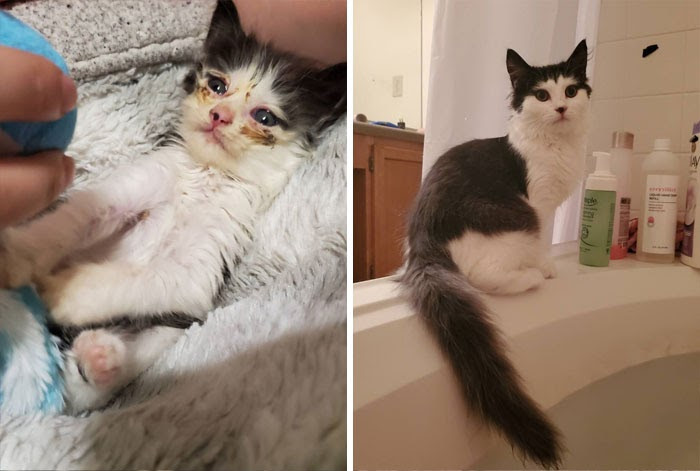 Each animal is worthy of love and care, cats and dogs are waiting for it from us. It is very difficult for both of them to survive on the streets and they can only rely on people's attitude. Some people really do not let down and save the poor, taking them from the cold streets and giving them their warmth. These are the photos of the rescued cats that await you further. And the most pleasant thing about them is the photos after the rescue and the amazing transformation of the pets.

Hazel was a stray cat trapped in a steel trap for 5 days. She lost her paw, but found her home. The second photo shows a cat 8 weeks after its rescue. 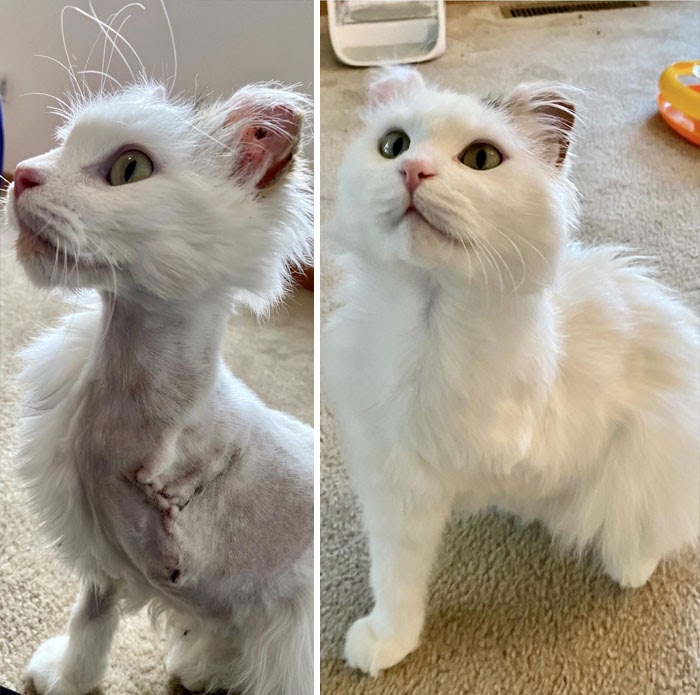 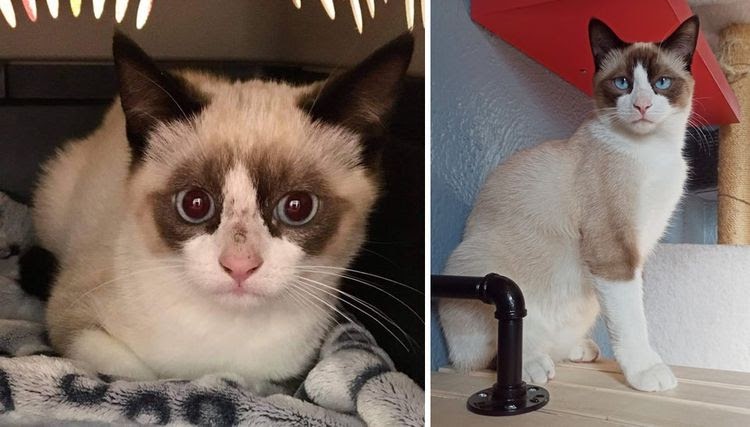 It took this poor 10-year-old cat a year to get out of a deplorable state and get prettier. 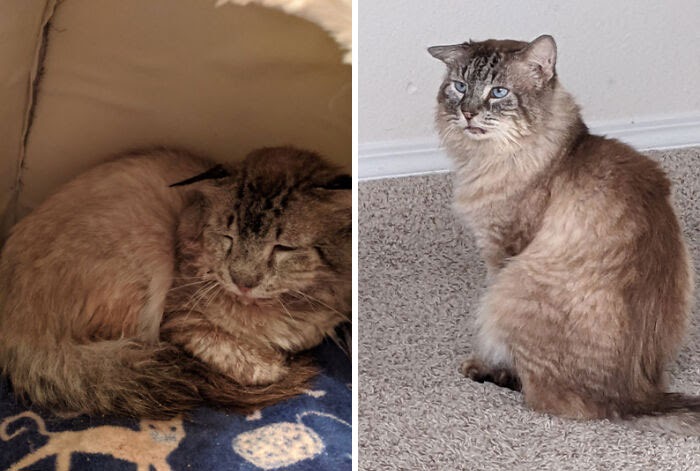 “10 months ago I found this little guy abandoned and hungry, now he is a spoiled little prince” 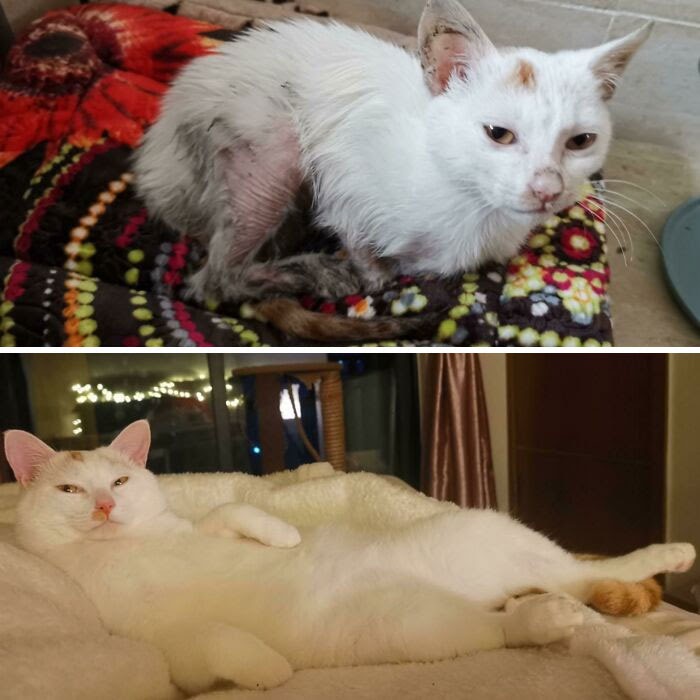 “One day this guy showed up on our porch. He was malnourished, his coat was dirty brown, and he himself was covered with parasites. The shelter would not accept him because the cat was in very bad shape. We left him and called him Knut. Over time, he turned into a fluffy white handsome " 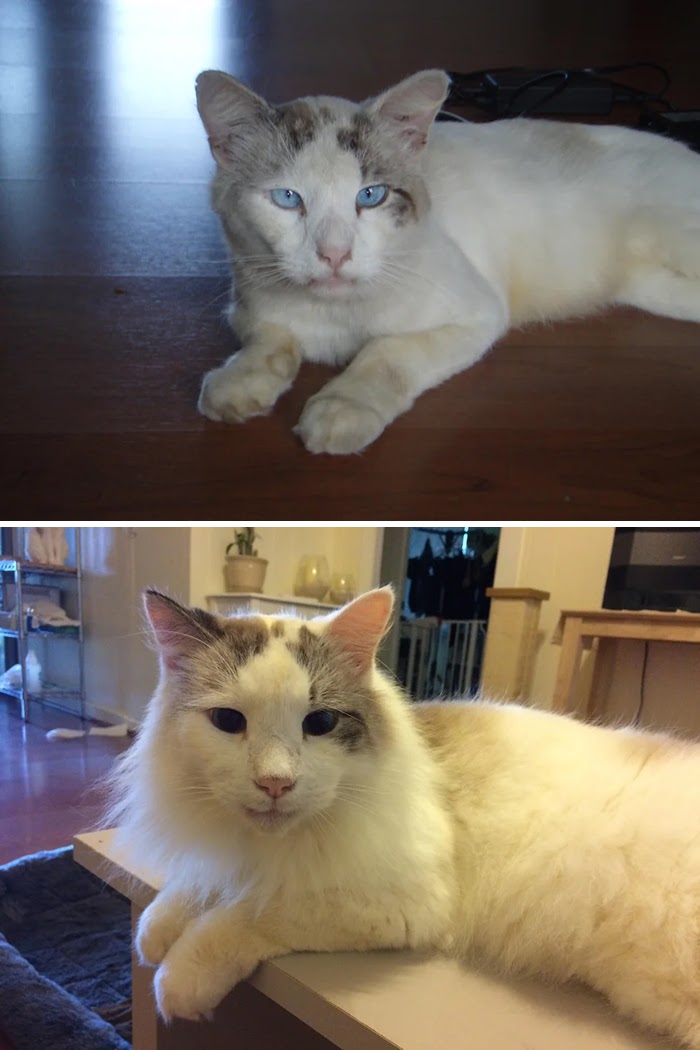 "Parker was a homeless 5-week-old kitten I found in a parking lot near work." 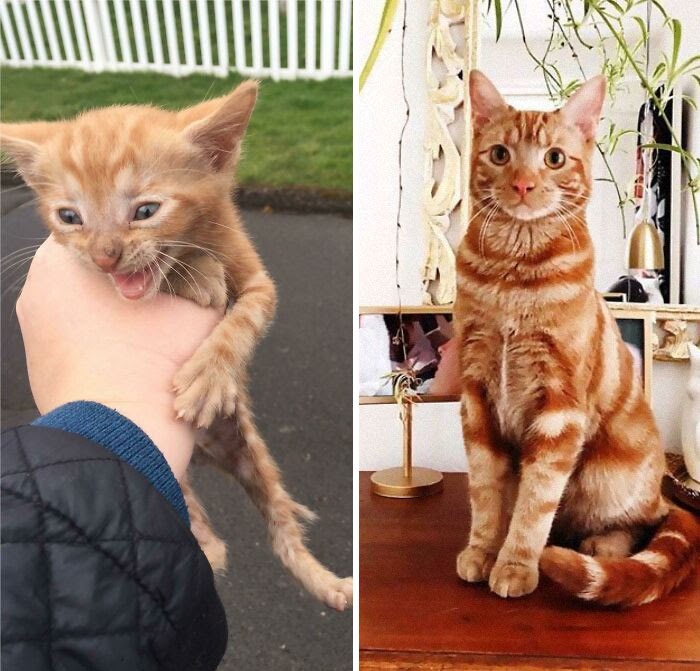 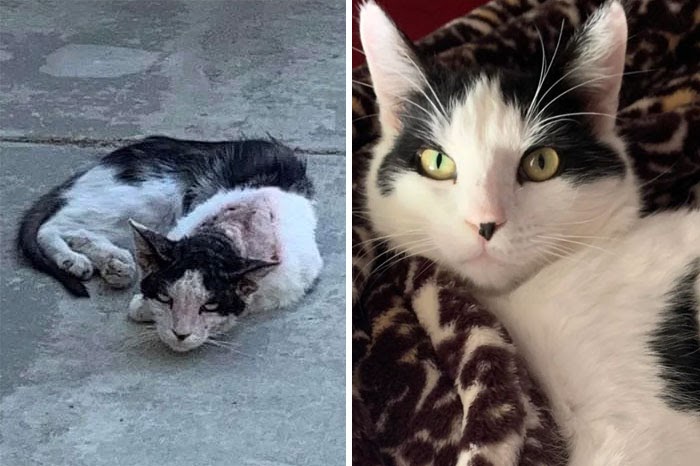 “My Tom. The day I found him and 18 months later. He has grown into a very handsome boy! " 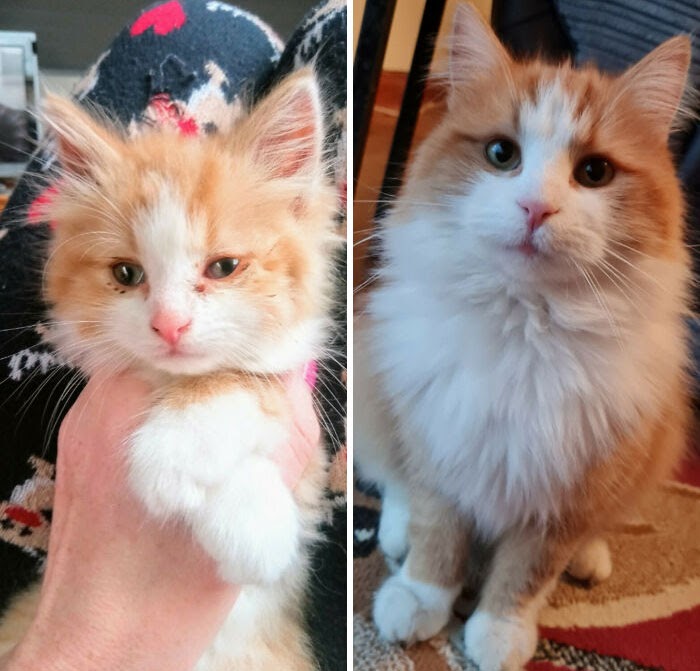 “We found him dehydrated in the midst of the summer heat. At first we did not plan to leave him, but now I cannot imagine my life without this cat. " 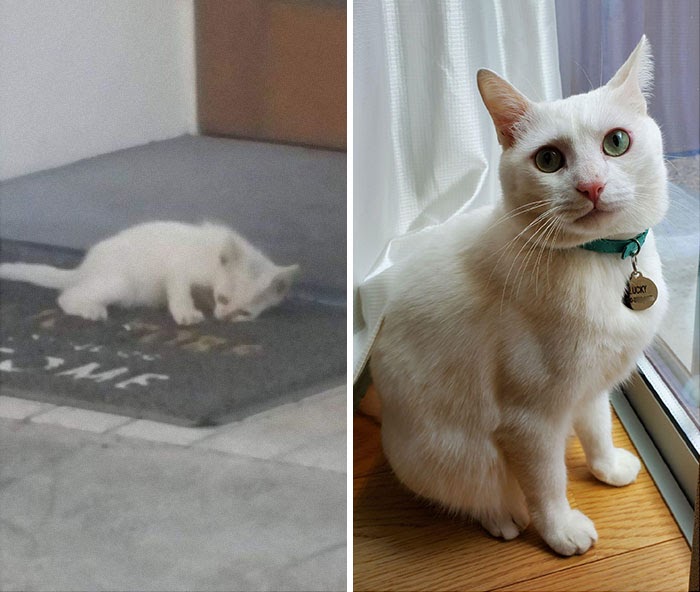 "The day I found them abandoned in a cardboard box and they are the same after 2 months." 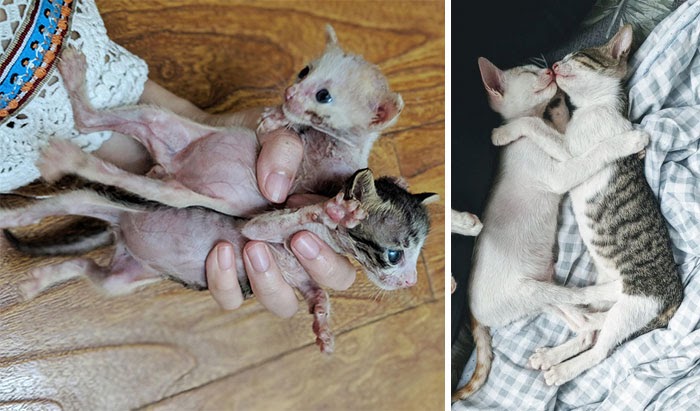 “Cicero came to us dehydrated, with anemia and other diseases. Now he's a nice fluffy boy! " 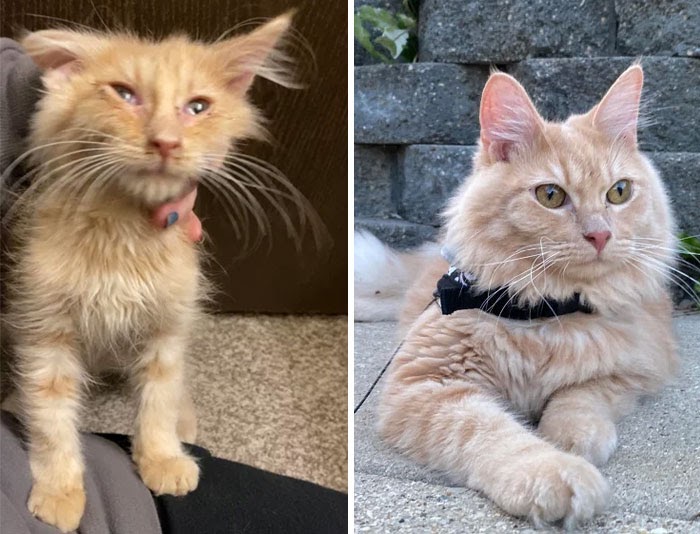 "It's amazing, but the moon used to fit in my palm"

How it began and how things are now 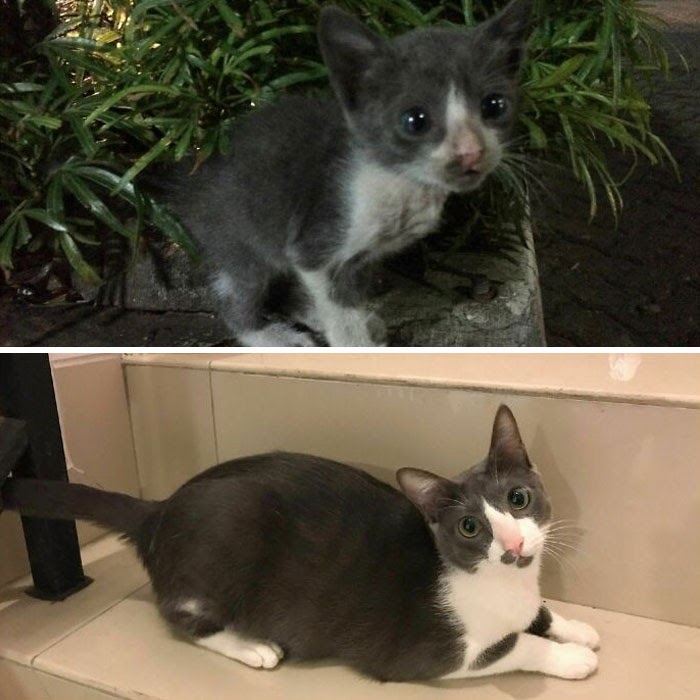 "Ollie after 1 month of home life" 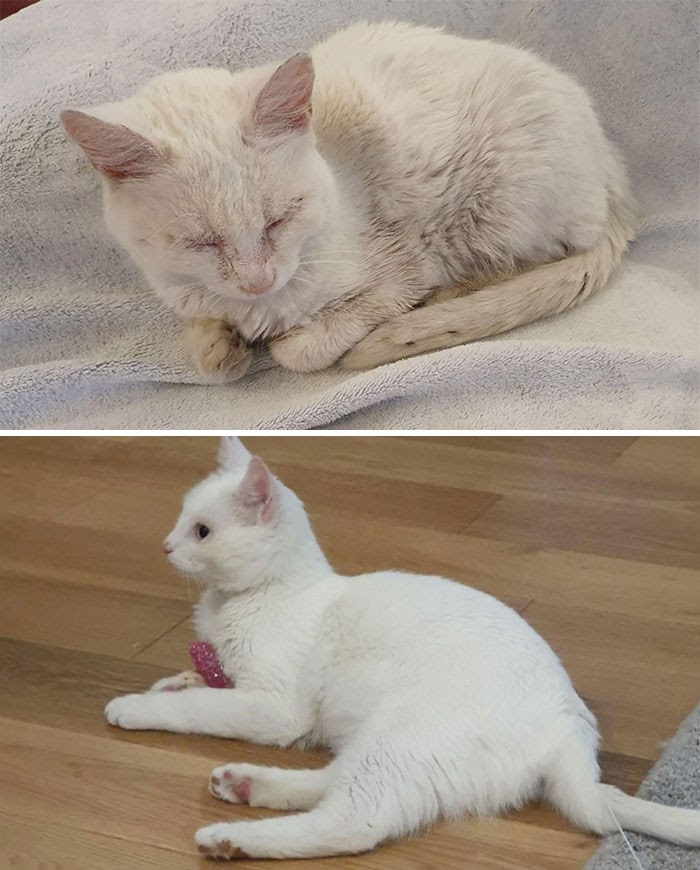 “After my cat died, I decided to take this little guy who looked healthy, but we soon found out that he had ringworm. I spent the next 4 months cleaning up this kitten. " 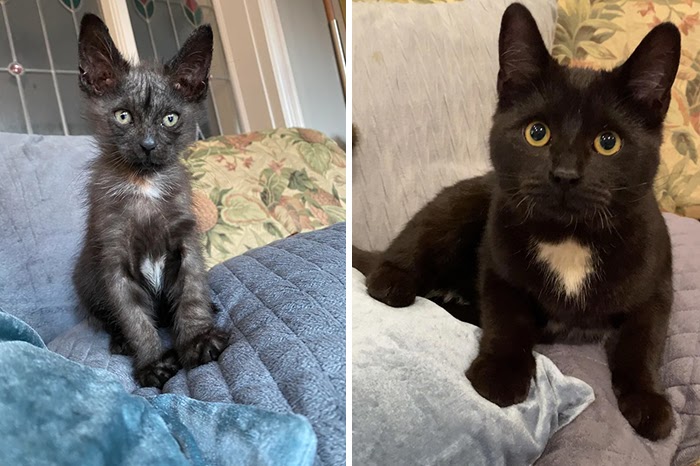 “3 years ago, my fiancee found a crying kitten on the street, which was injured. Nowadays Dashi enjoys spending time sitting wherever she wants and acting like a queen. " 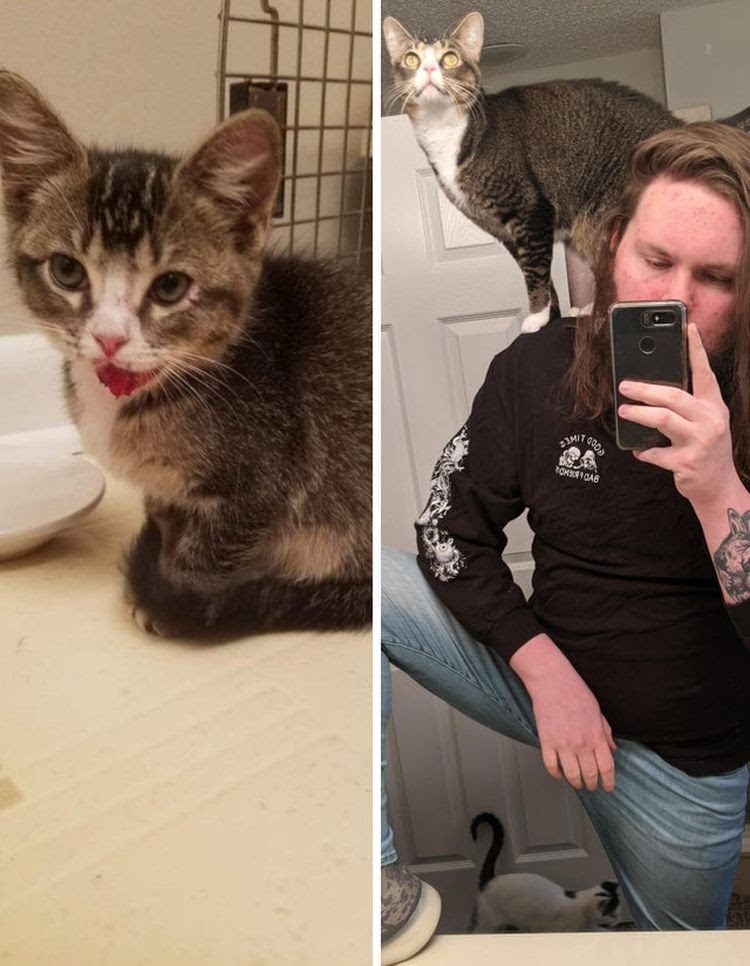