That was worth the wait! 😁 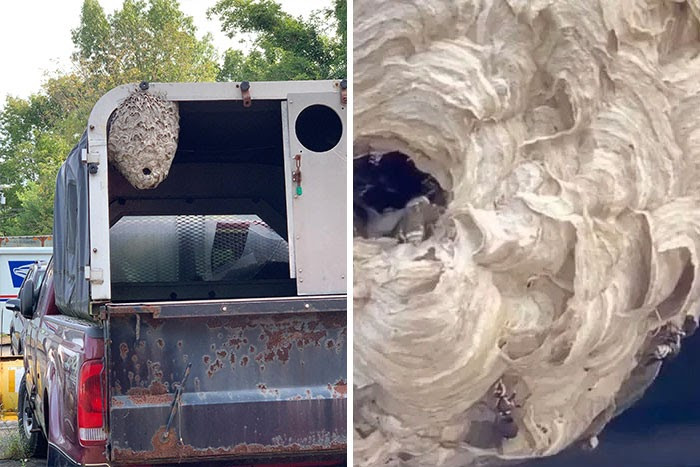 It would seem that such an unusual thing can be seen by auto mechanics at their work, because all day long they only repair cars. But sometimes the workers of the auto repair shop find such strange things in the cars of clients that they have to be photographed to be believed.

"My tire caught fire and I don't know why." 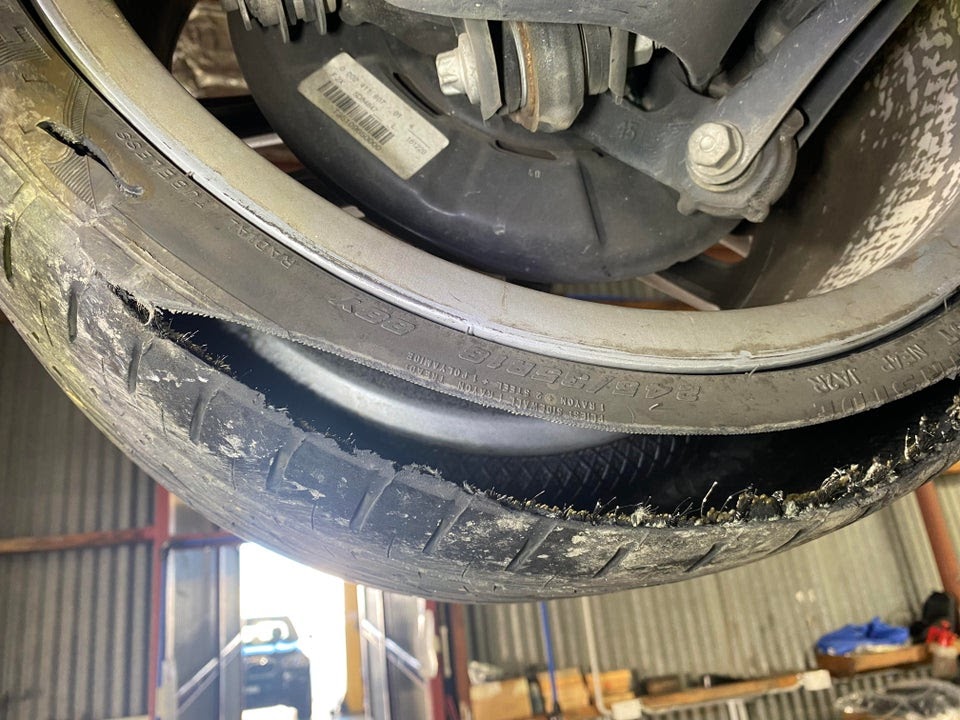 “The client wanted me to inspect his car and replace the side mirror. When I opened the car door, I saw this. Hand-drawn pterodactyl skeleton " 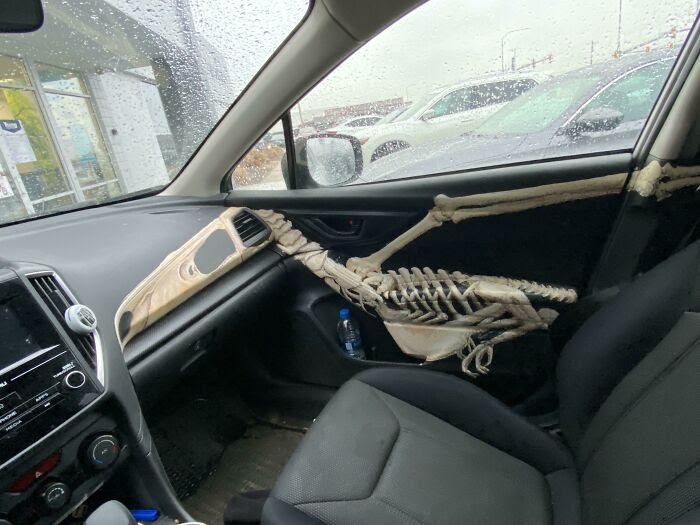 “We face a lot of things in our work. Today, for example, we found a kitten in the wheel well of a car and rescued him. The guy who took him to himself called the kitten Axel " 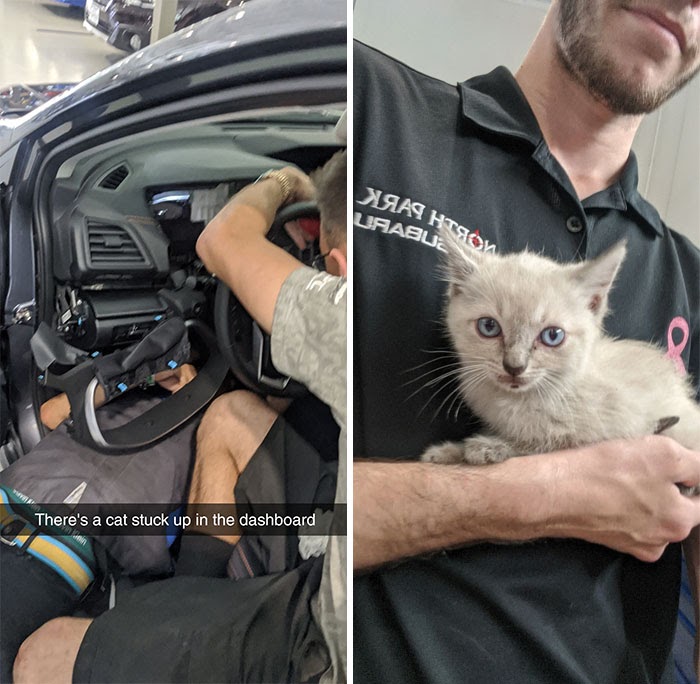 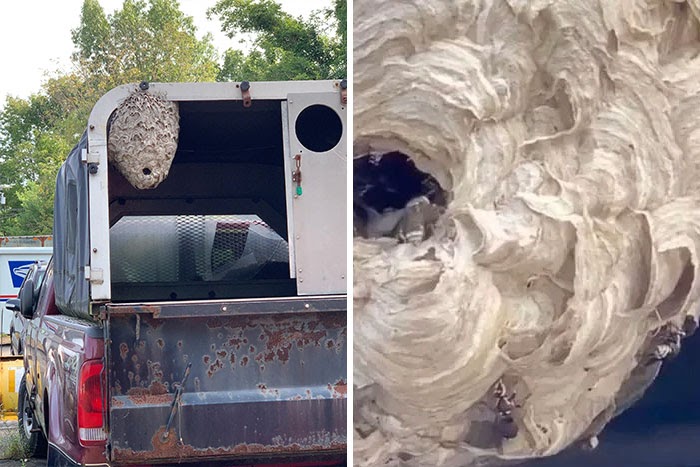 "Ladies and gentlemen, we have reached the highest level in engineering" 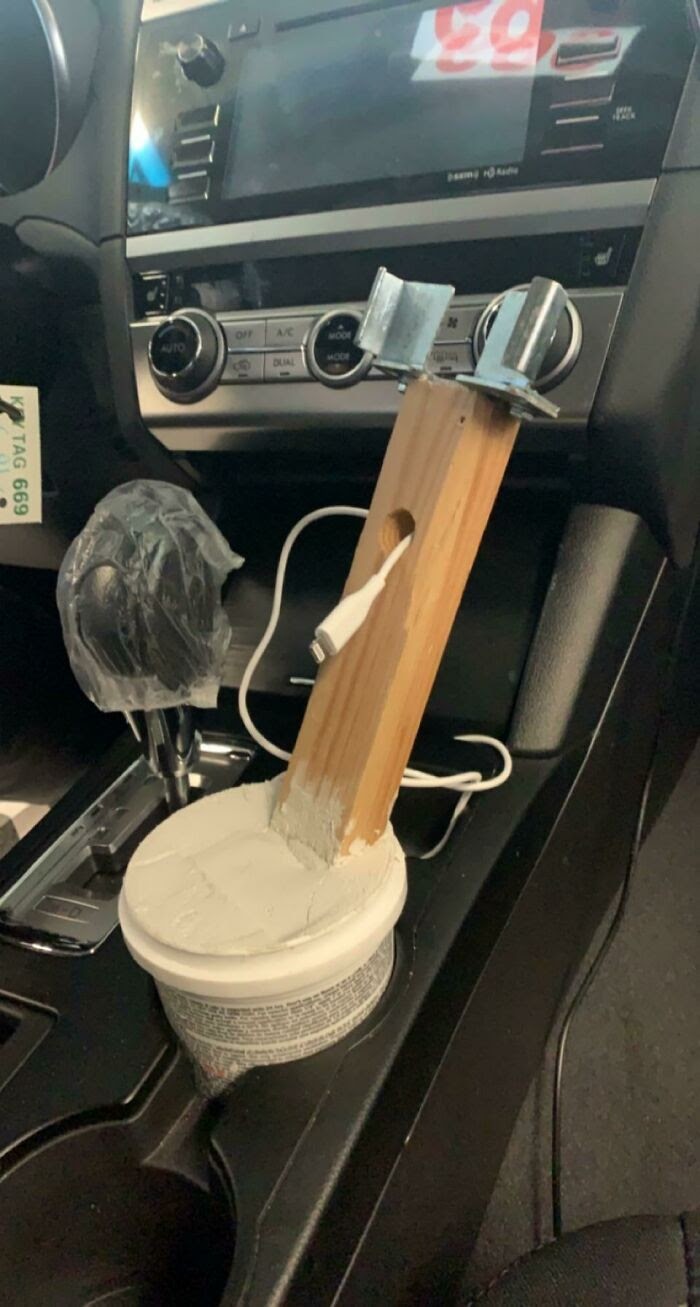 "The client said his car was not working." 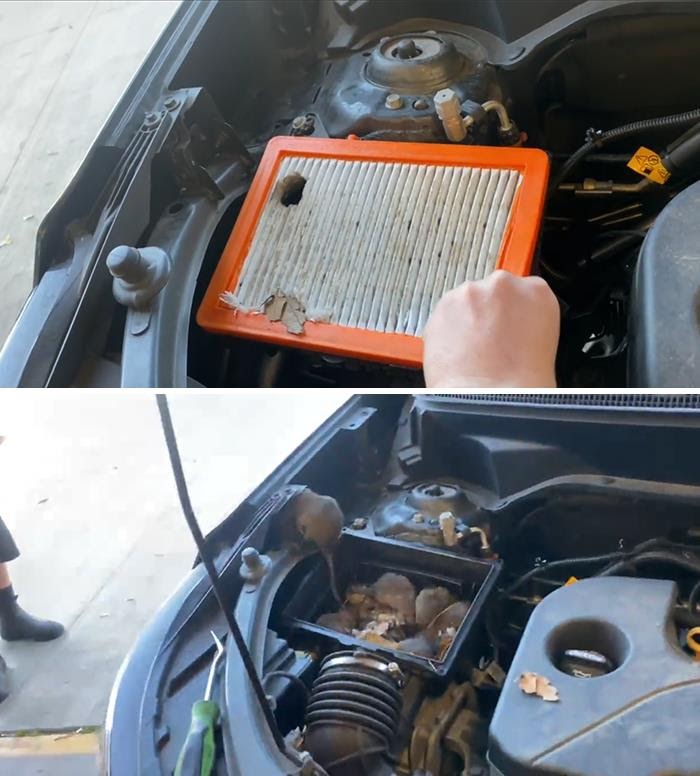 We are witnessing a magical moment: the birth of a new tire! 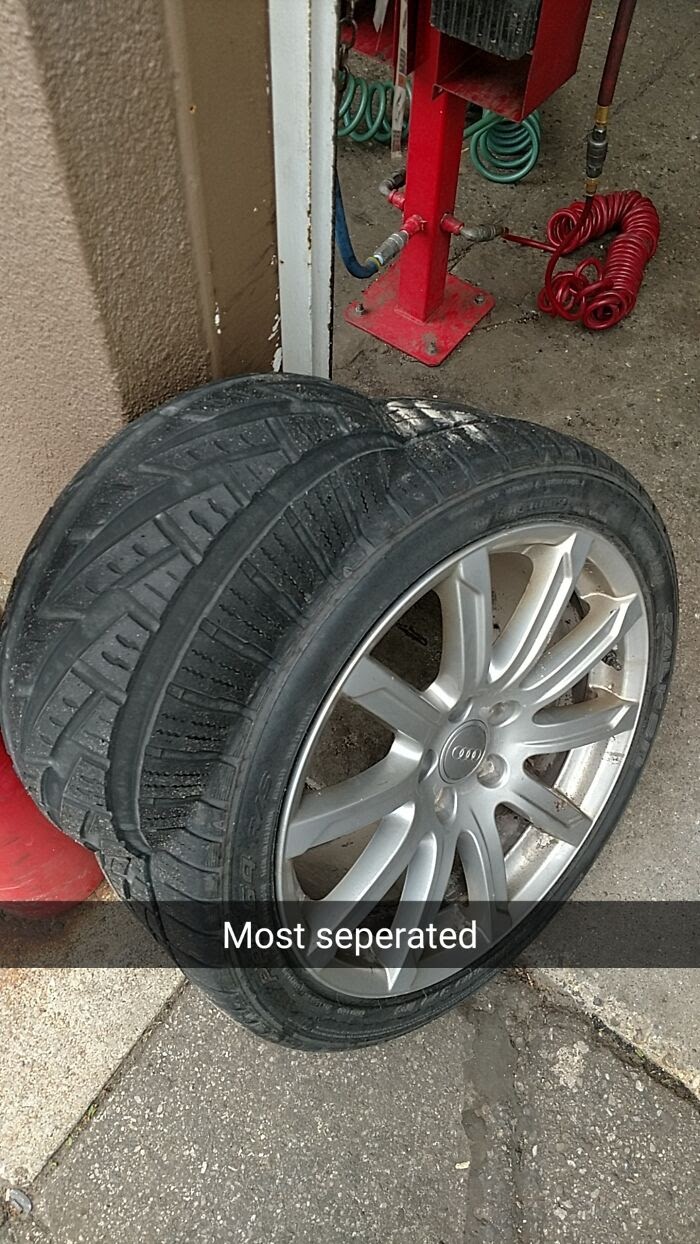 “The client reported that she hears a strange rumble in the back of the car and that her brake light is off. She also said that she tried to change the light bulb several times ... " 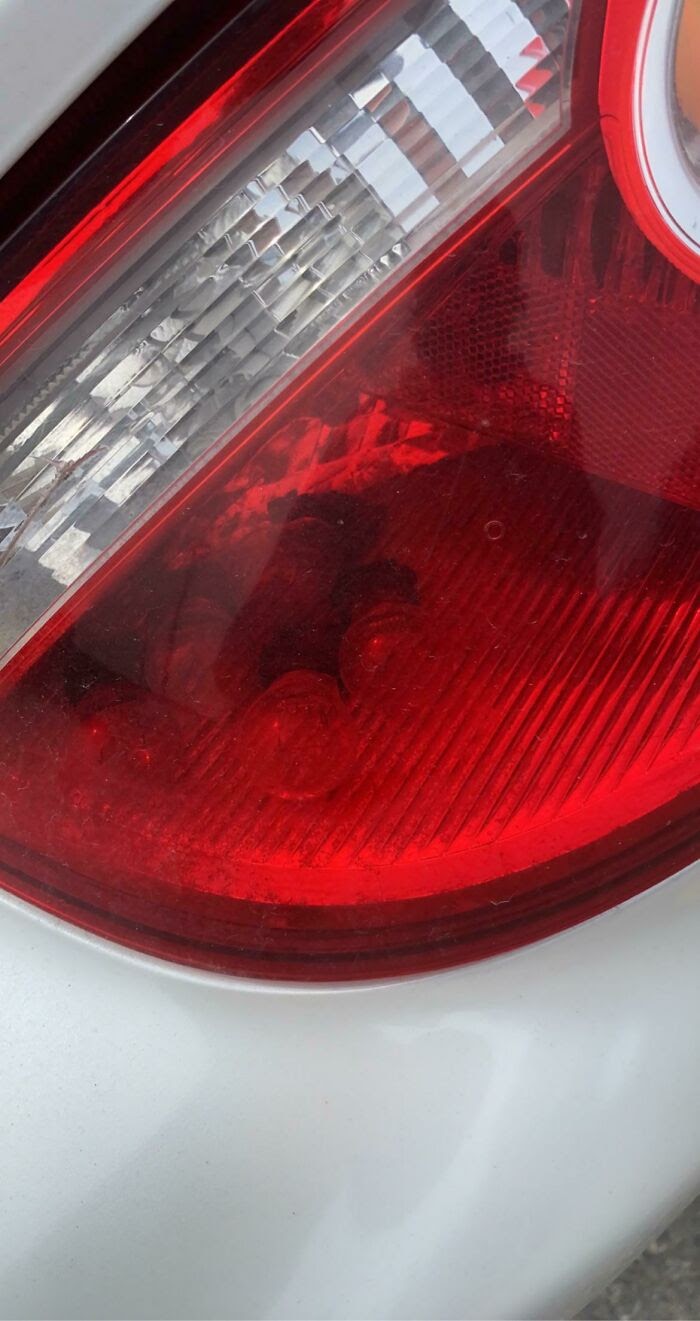 “The client came to change the tire. His old tire was filled with ice for some reason. We had to cut it open to remove the tire from the wheel after we smashed the ice with a sledgehammer. " 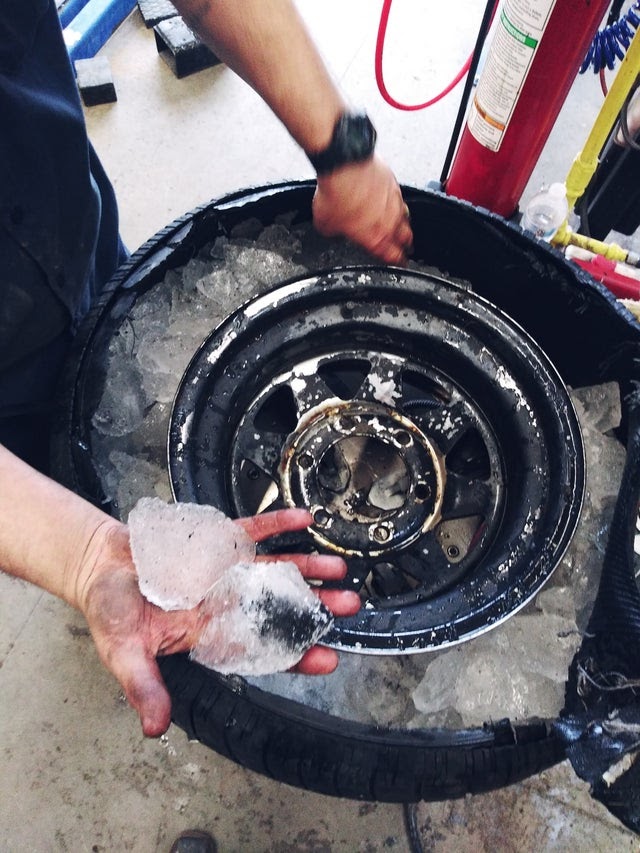 "The client reported that there was a 'minor coolant leak' in the car." 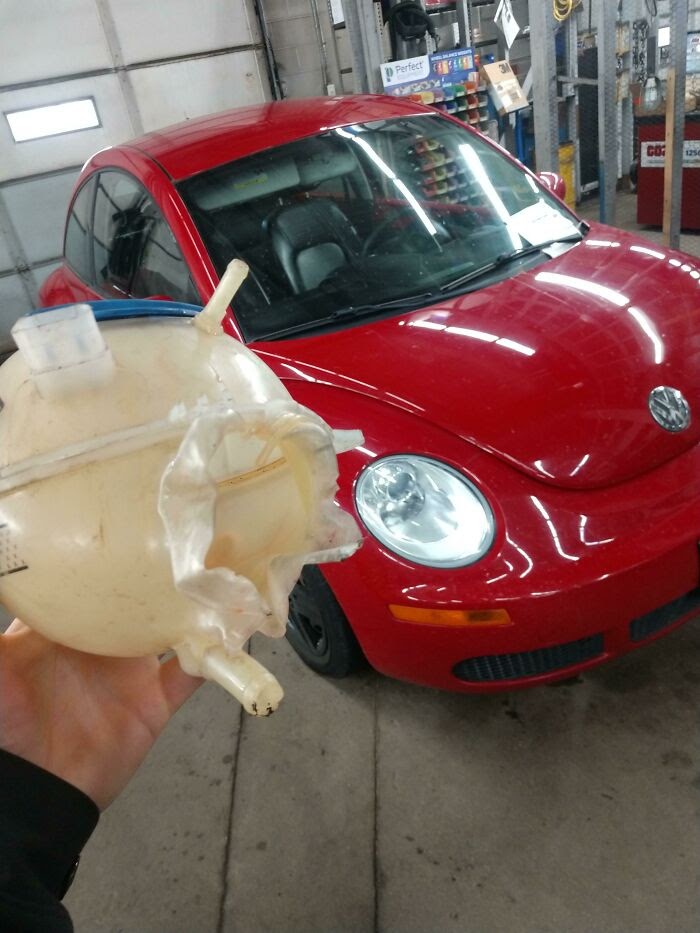 "The guy said he hadn't changed the oil for a couple of months." 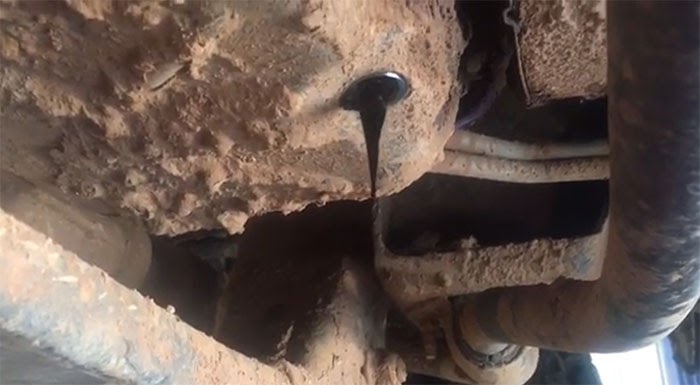 "The client is always right" 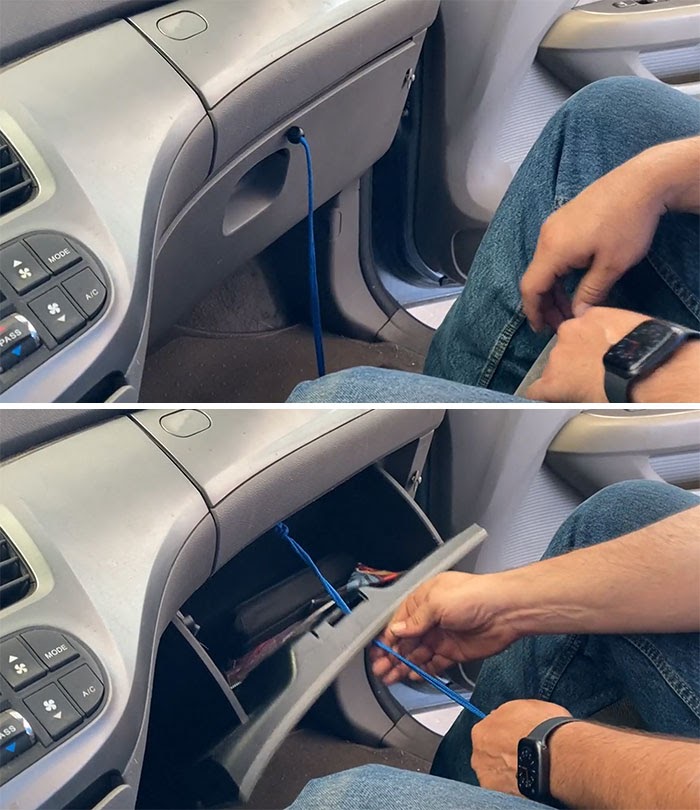 “The suspension reached almost to the floor. I am not kidding" 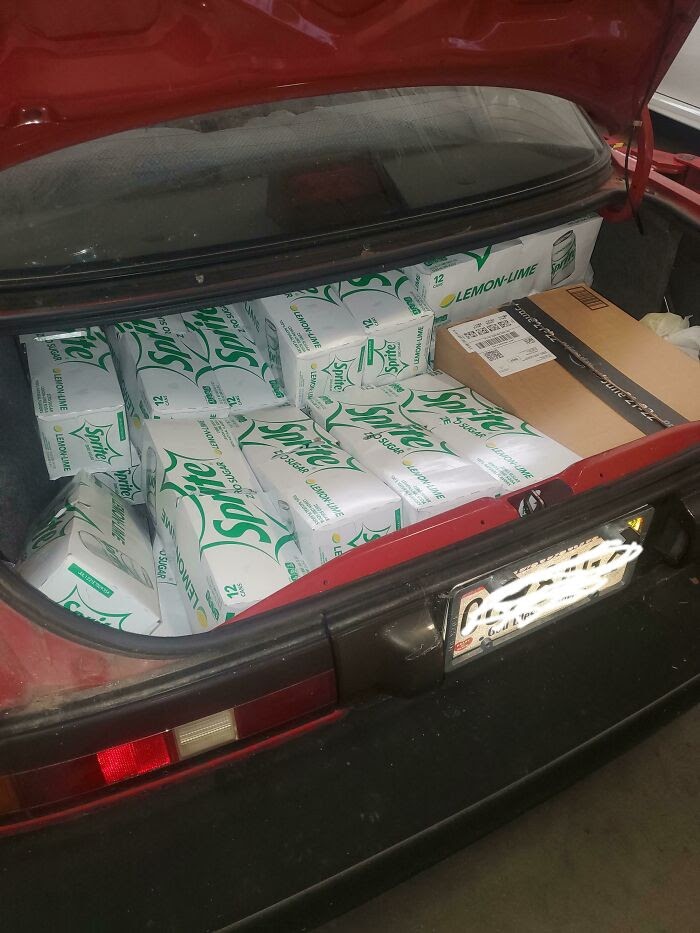 "The squirrels are trying to burn this car to the ground." 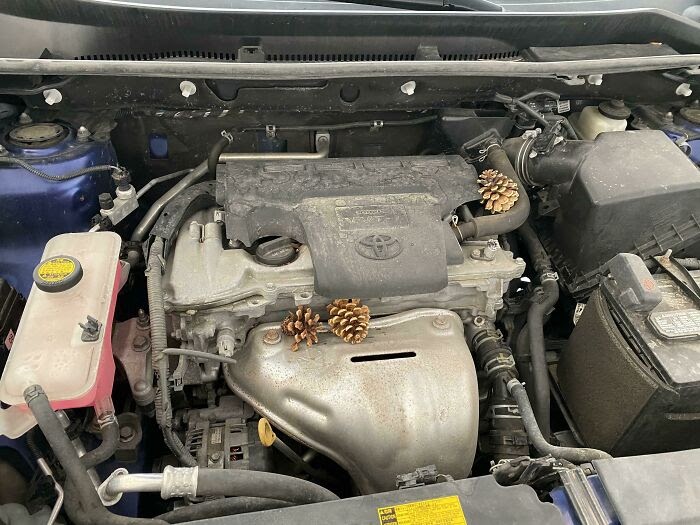 "An E-Class car will not make you cleaner if you are not." 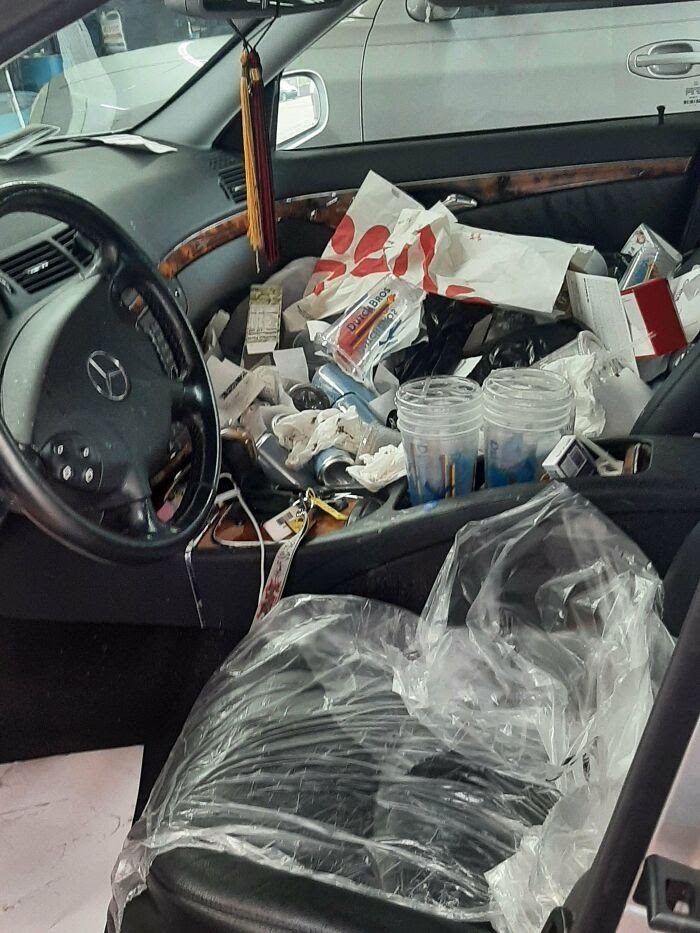 “This is an aircraft tire. The pilot landed with the brakes on " 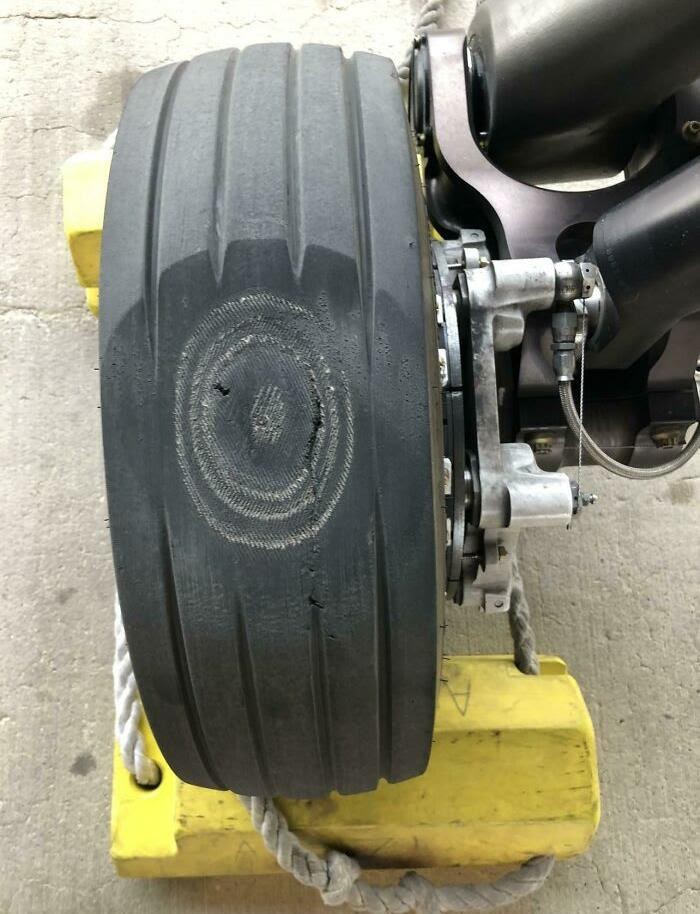 I think I'll pass on this one guys I'll wait for the 3way seatbelt to be invented. 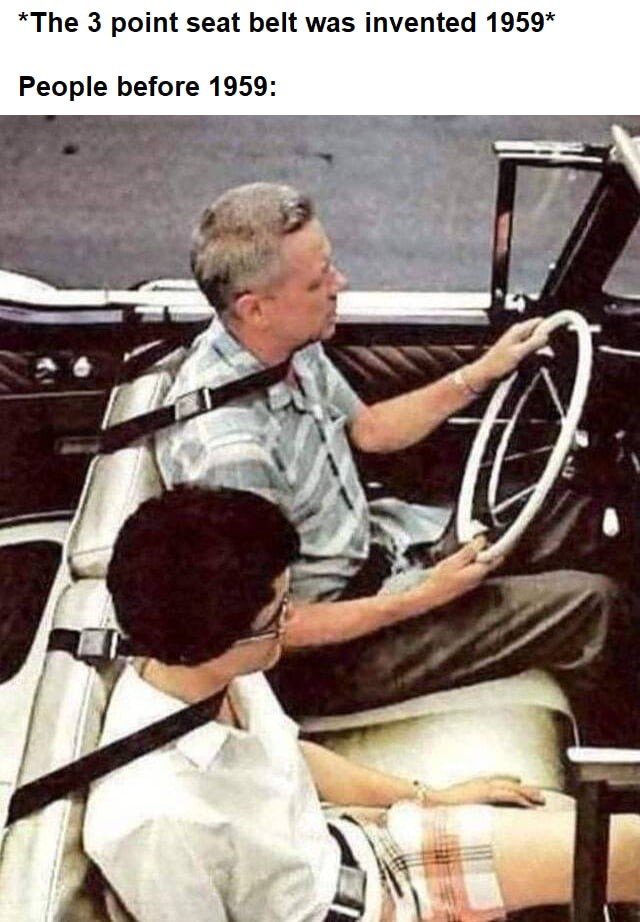 Joker at the gym. 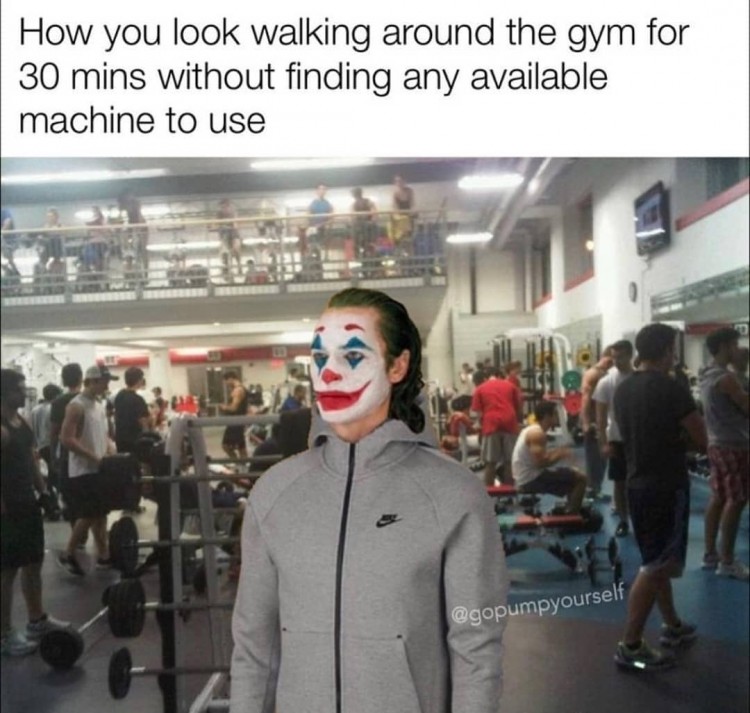