Its this time again🥰 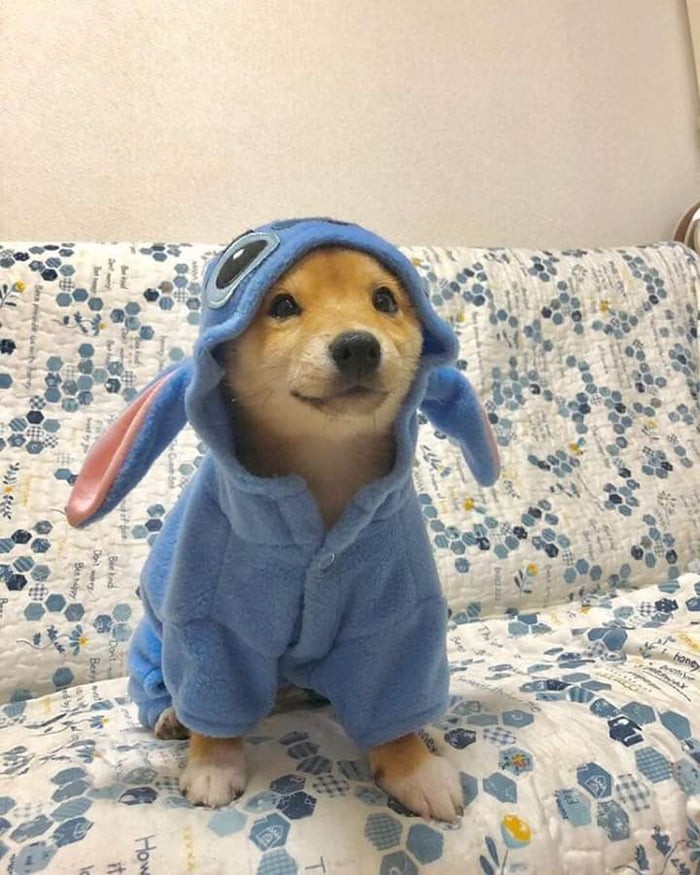 The dog miraculously escaped from the dog meat traders, and was found by kind people in the gutter 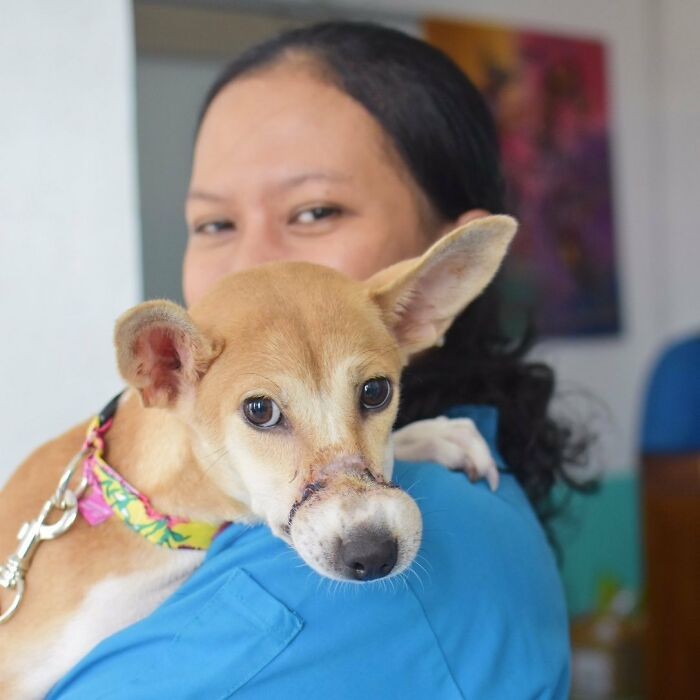 For some unknown reason, some people treat animals worse than things. We will never understand what motivates them, but, fortunately, in contrast to their heartlessness, there are kind people who are always ready to come to the aid of animals. A dog named Mo was found by volunteers from Mission Pawsible in a gutter in Bali, where she was hiding from people. The hind legs of the dog were tied with a cord, and the muzzle was tied with tape, because of which it was very starved and was dying. It is believed that she was lucky to fall out of a motorcycle owned by dog ​​meat traders.

Mo immediately after she was found 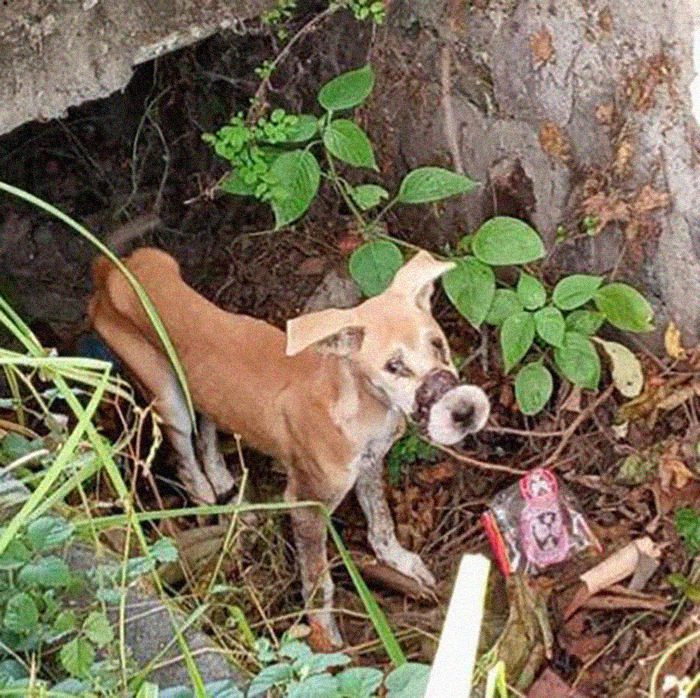 The dog was lucky not to fall victim to the illegal dog meat trade in Bali.

The dog was found in the sewers, where she was hiding from people, being on the verge of life and death 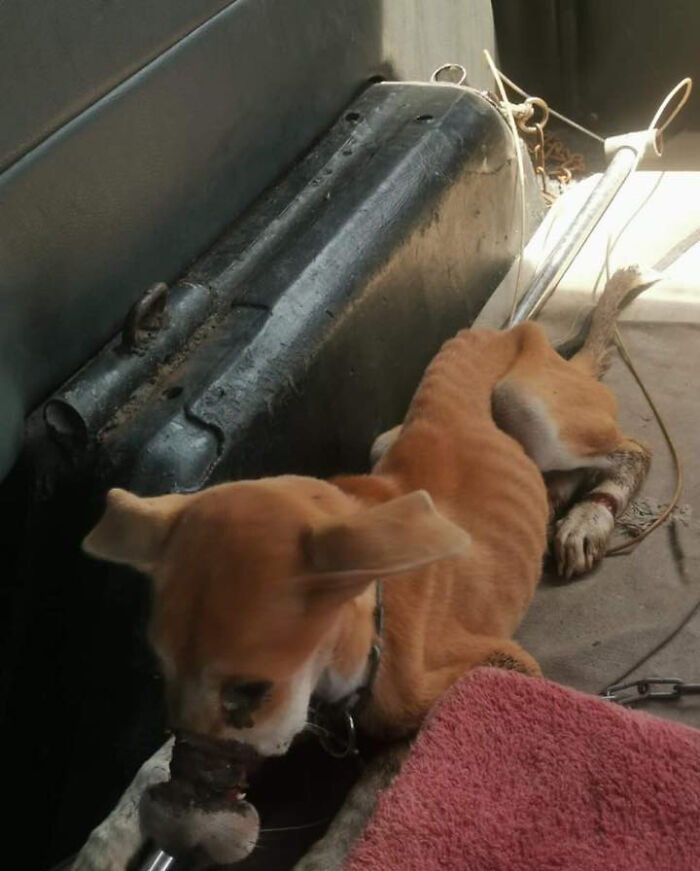 Despite the very poor physical condition, Mo's main problem was her muzzle, which the dog catchers rewound with duct tape. The duct tape cut off circulation and her flesh died off. The dog was urgently taken to surgery, where his face was carefully stitched up using skin transplantation. Rescuers did not know if Mo would be able to survive the operation, but the dog regained consciousness and began to wag its tail.

Her muzzle was sealed with duct tape, and her hind legs were tied with a lace 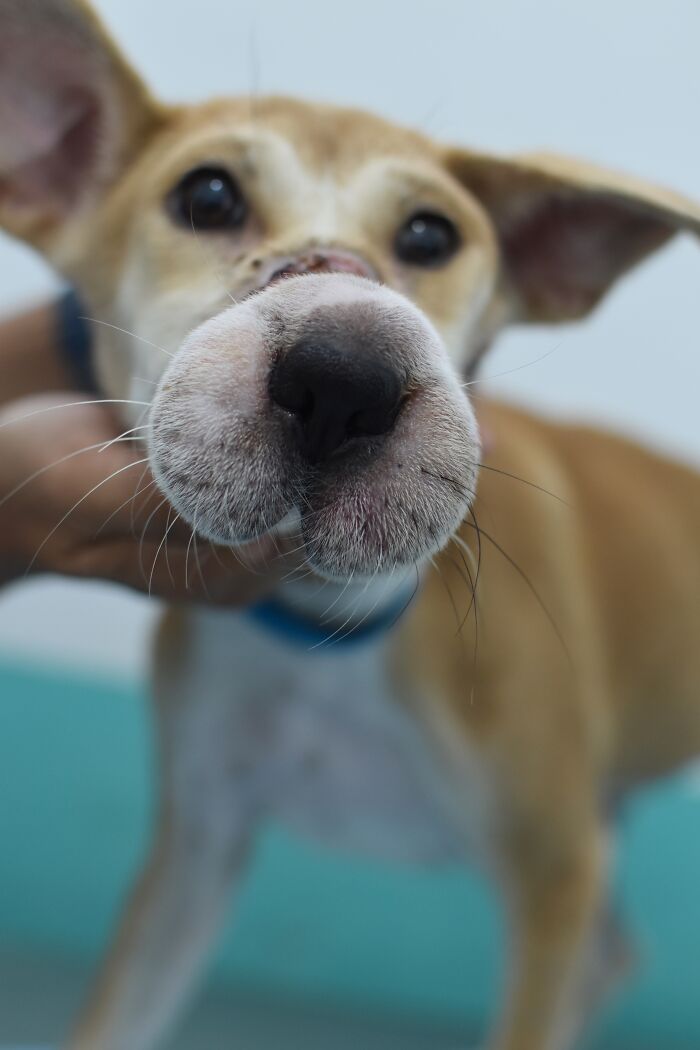 Doctors stitched up Mo's face, for which they even had to transplant skin 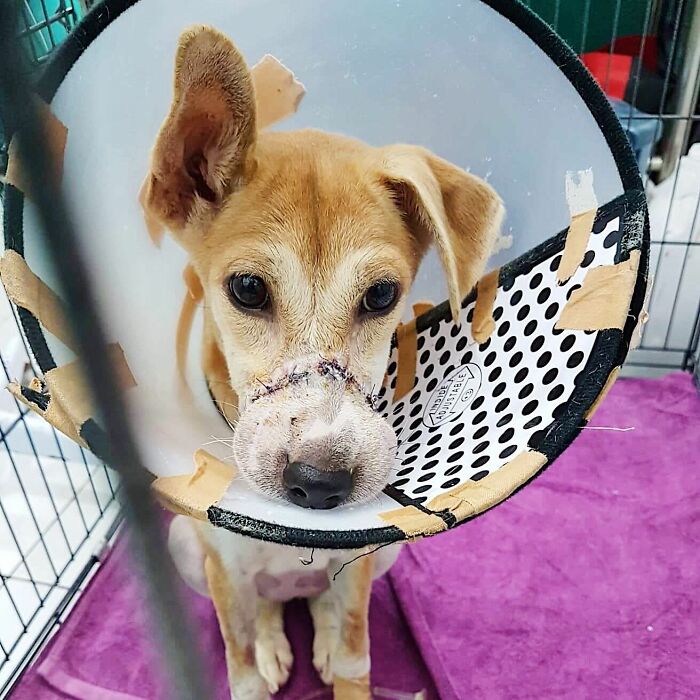 Doctors along with the rescue team were not sure if Mo would survive this operation. 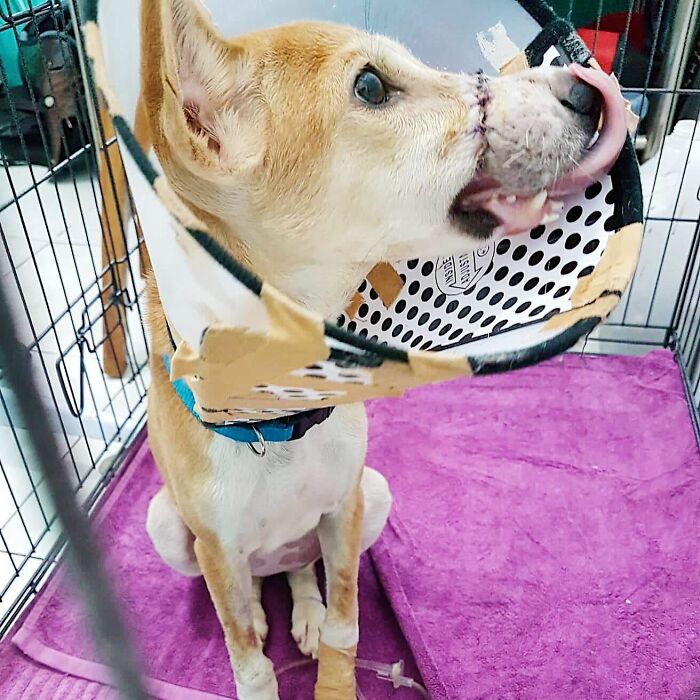 But Mo was a real fighter and soon after waking up she was already wagging her tail. 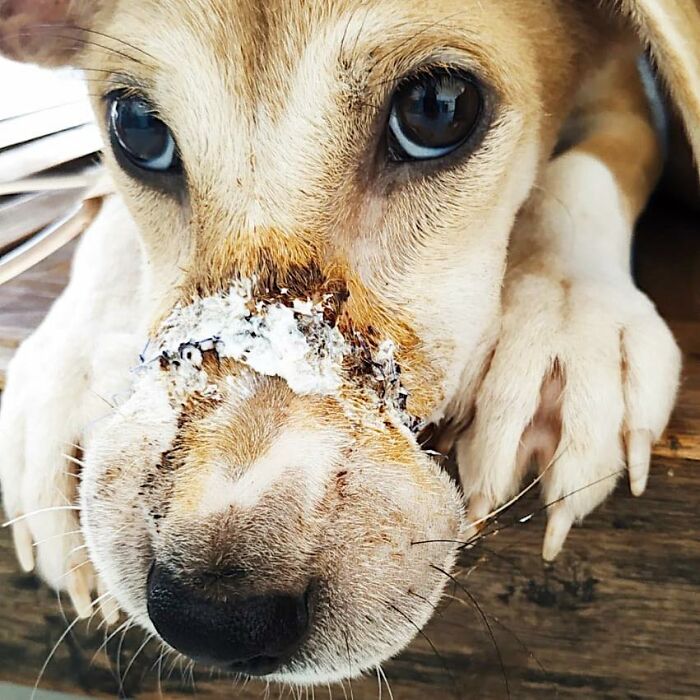 Through love, treatment and time, Mo began to recover 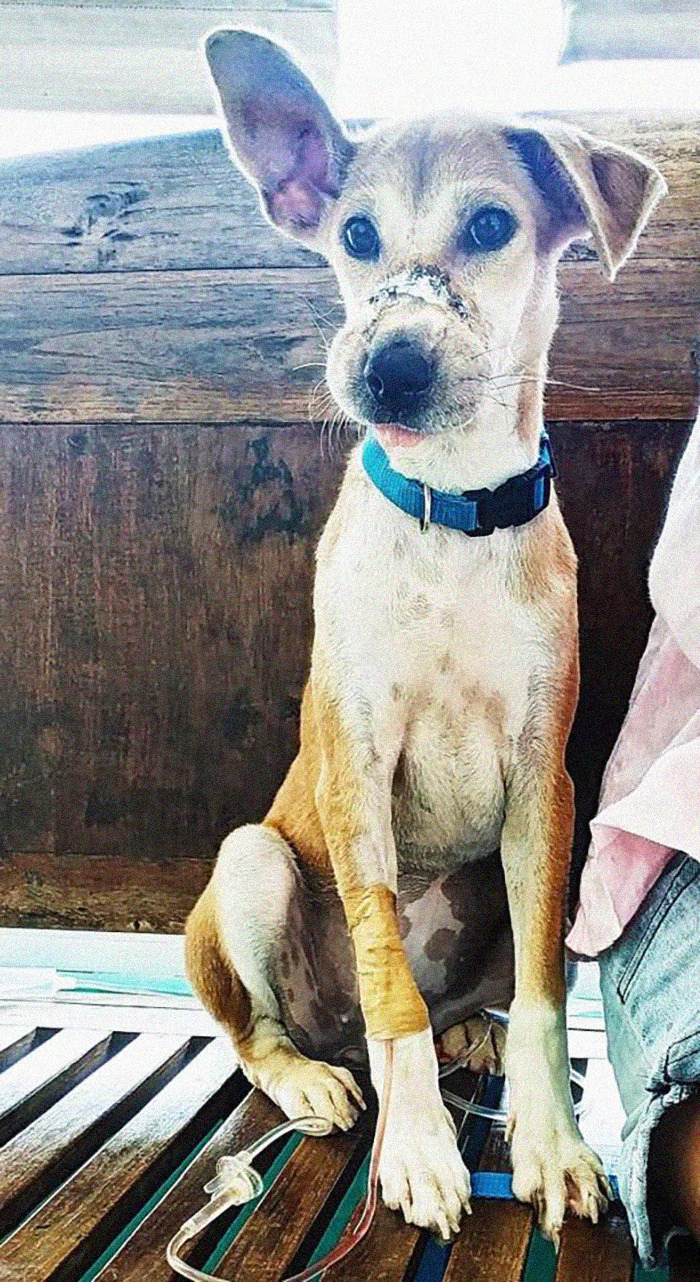 Trust in people has returned to her again. 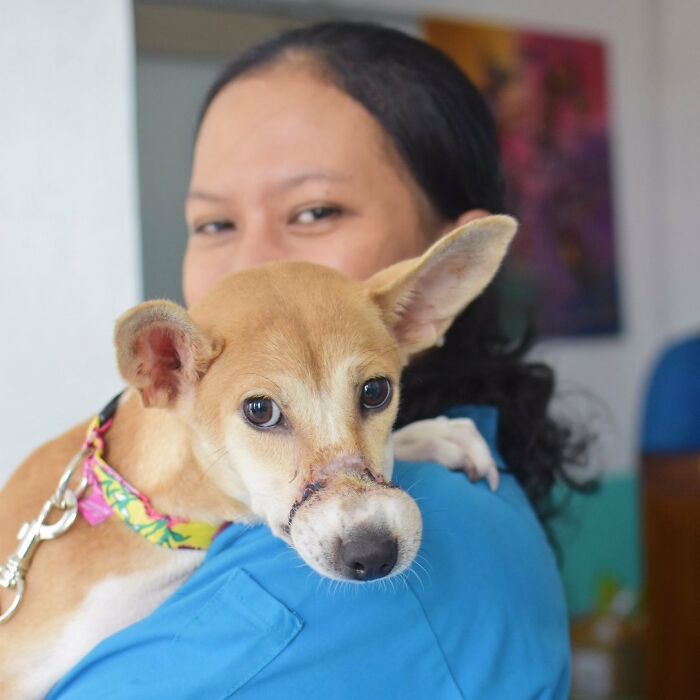 The circulation in the face was restored and she could feel her nose again. 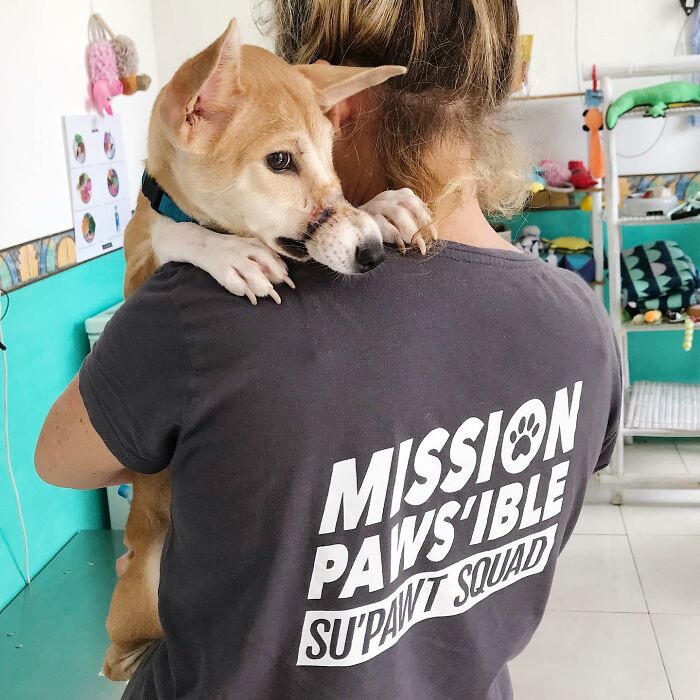 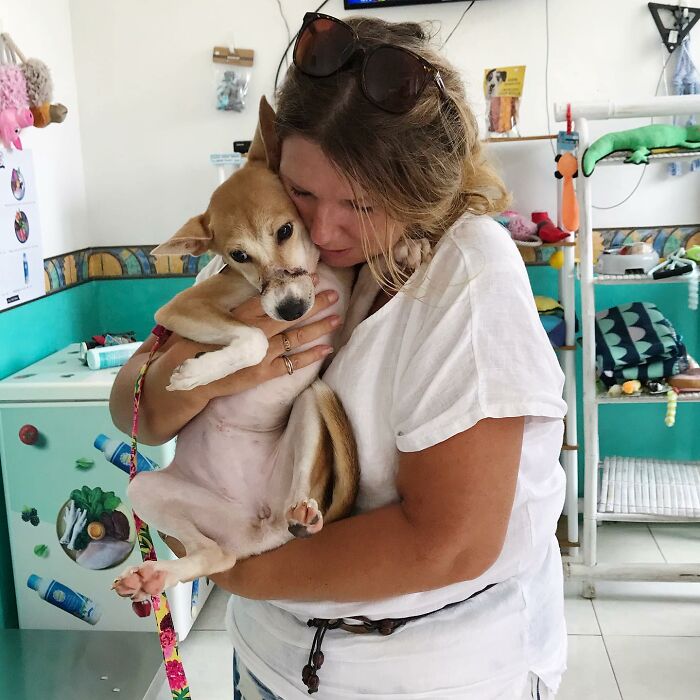 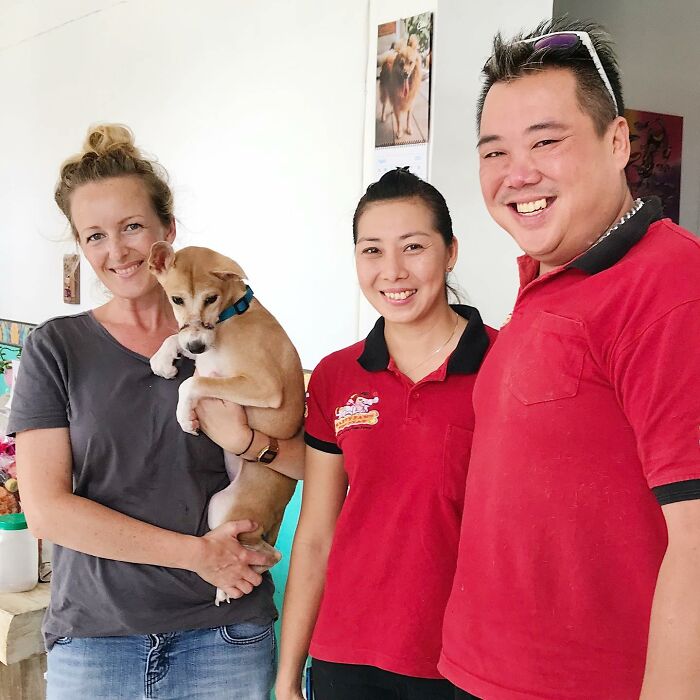 Despite the pain and betrayal from people, she again learned to trust them. 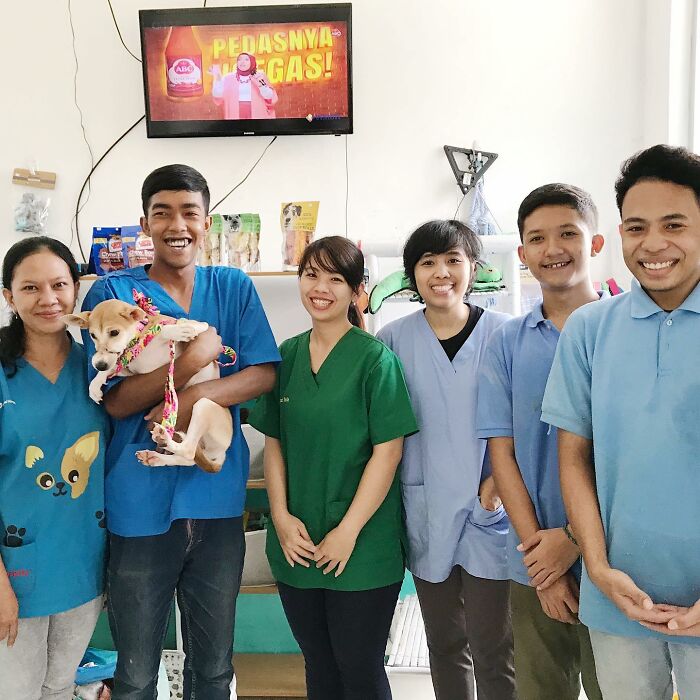 She was again able to become the adorable dog she was before this sad incident. 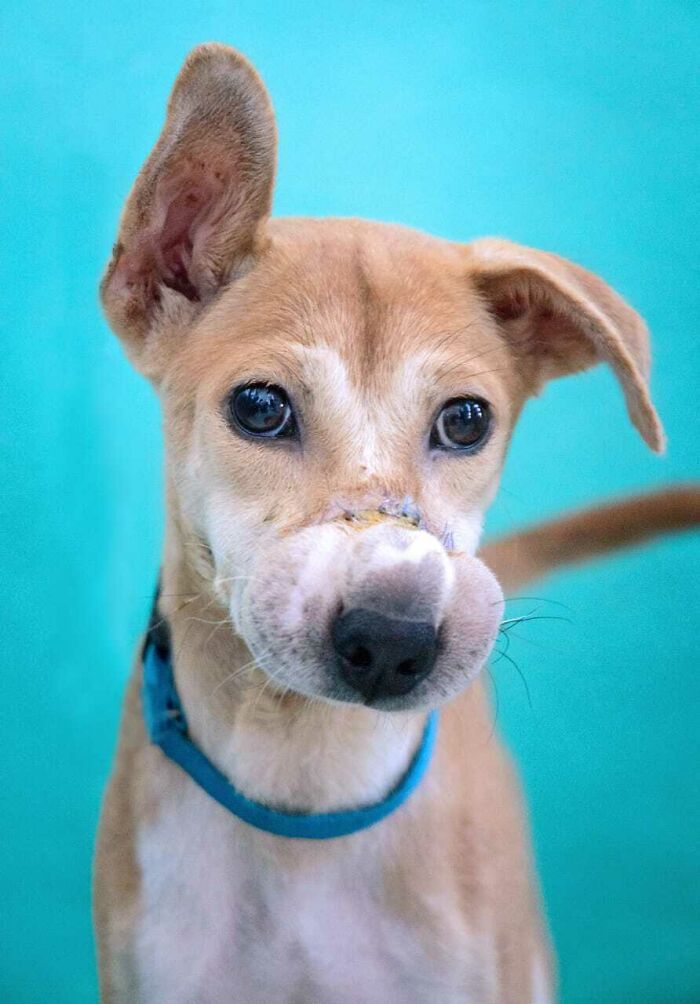 Soon Mo found a new home and a loving family. 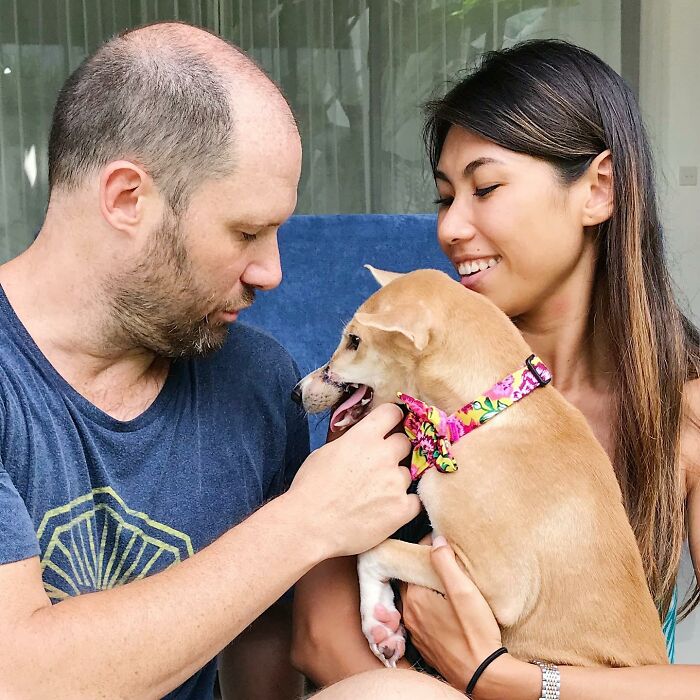 She even has a company 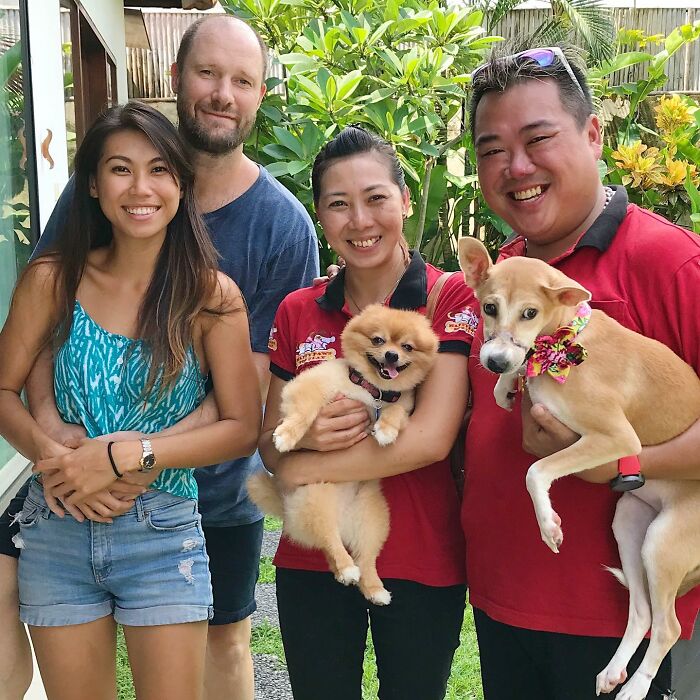 Now Mo's life is filled with love, care, toys and lots of goodies. 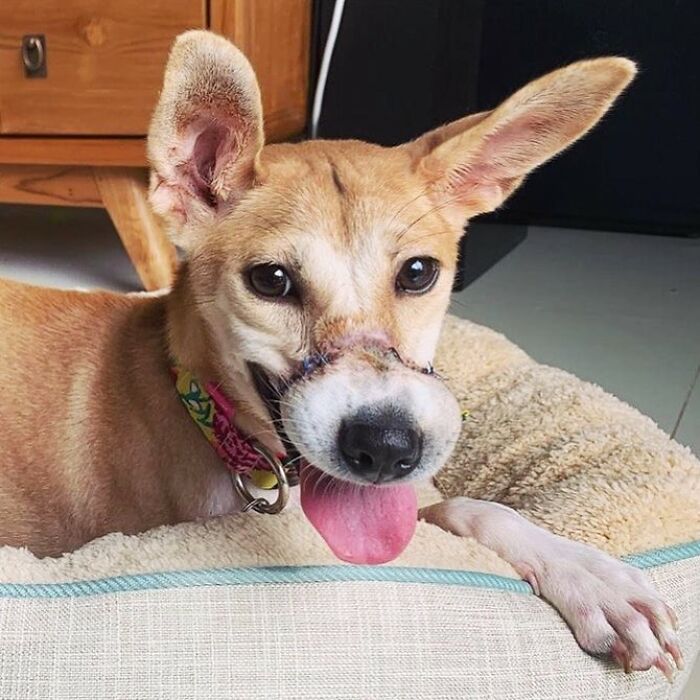 As soon as she got into a new house, she immediately slept for 10 hours in a row. 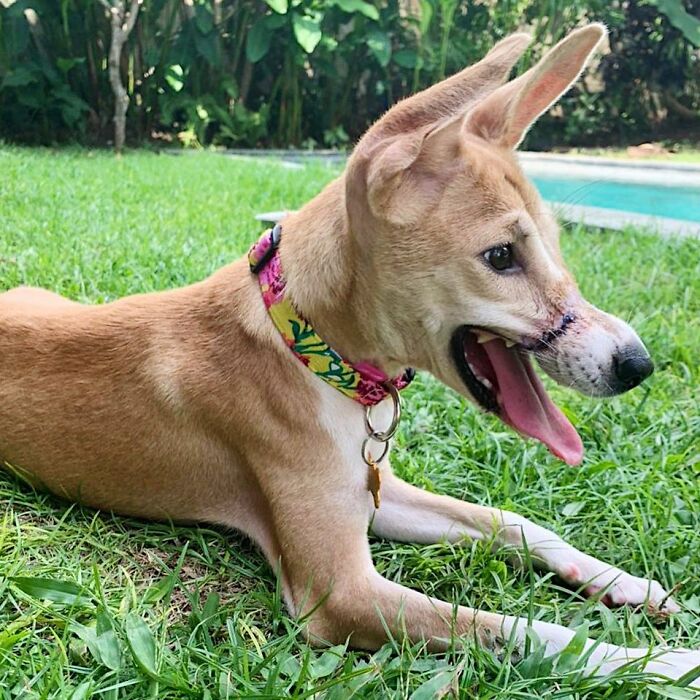 She is happy and often plays with other animals. 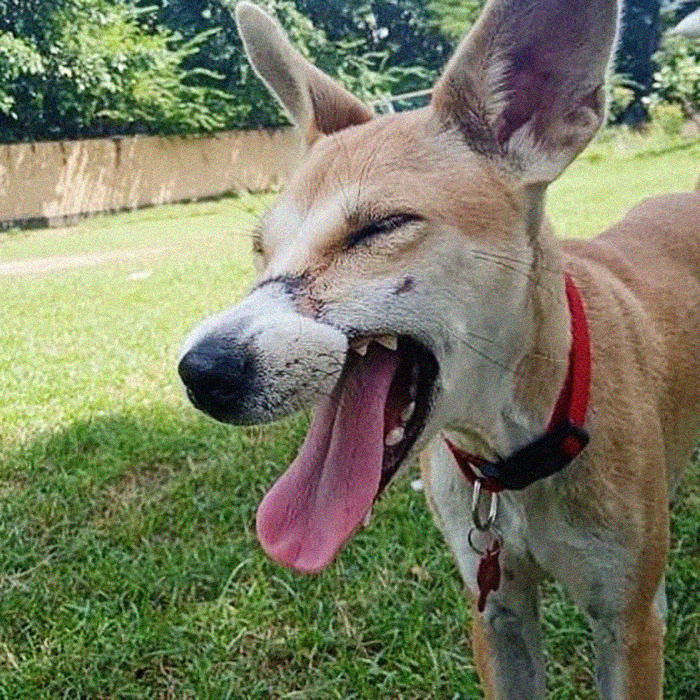 And receives many kisses and hugs from his loving masters 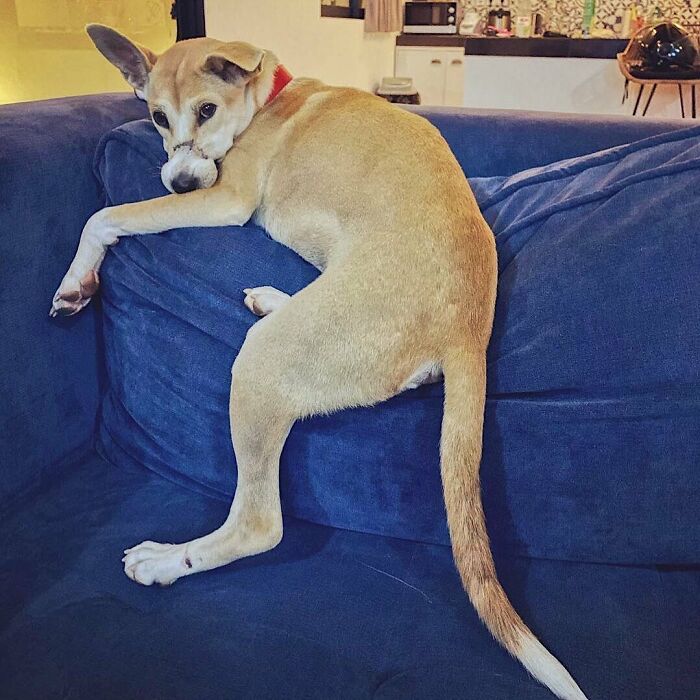 We hope that Mo can forever forget about what she went through, and she will always play happily, as in these photos. 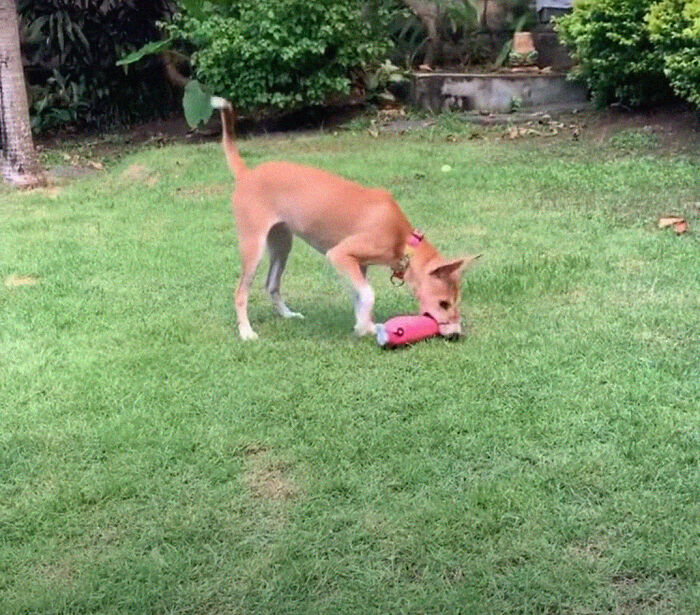 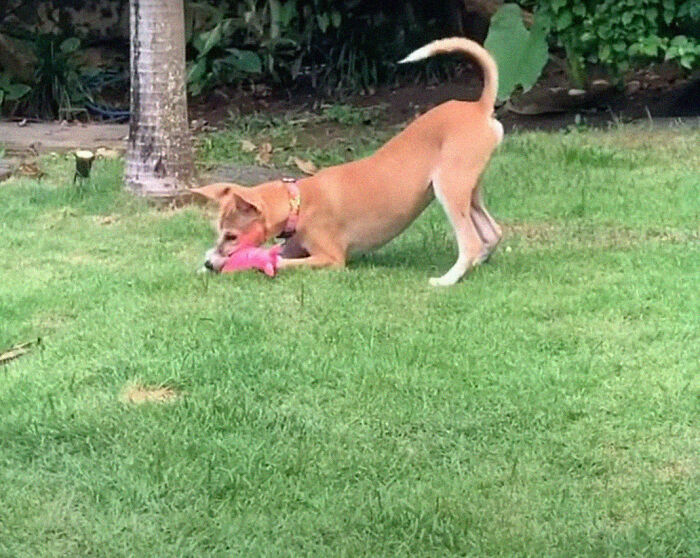 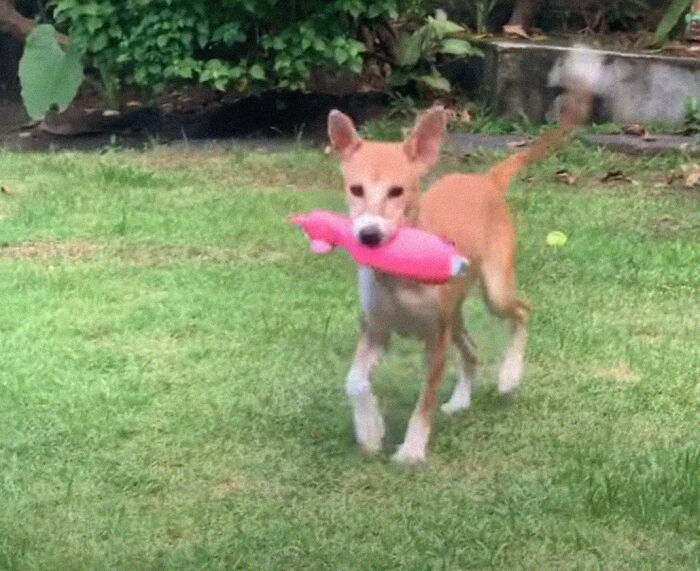