Night at the museum during pandemic: A man broke into Australia’s oldest museum and took selfies with the dinosaur exhibit 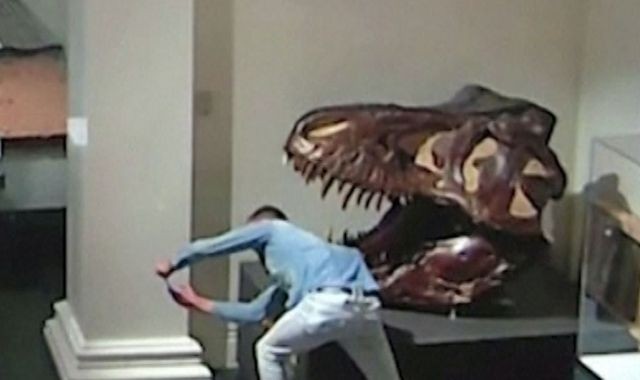 An international student has been charged with breaking into a museum in Australia after CCTV footage showed a man taking selfies next to dinosaur exhibits.

The man broke into Australian Museum in Sydney’s just after 1am on Sunday 10 May, and was captured on CCTV cameras. He was wandering around the exhibits for around 40 minutes before he got caught, according to New South Wales police.

Released CCTV footage shows him casually walking past a T-Rex skeleton and posing for photos with his head inside the mouth of a dinosaur skull.

While inside the museum, he allegedly stole a piece of artwork and a staff member’s cowboy hat off a coat rack, which he donned while leaving the premises.

The NSW police wanted to tamp down any speculation of a movie deal in a public warning to the trespasser.

The man turned himself in to Surry Hills police station later in the day, where he was arrested and charged with break and enter while he was refused bail.

He is due to appear at Central local court in the following days.

Instead of a lost camel, the Police in Netherlands found an emu 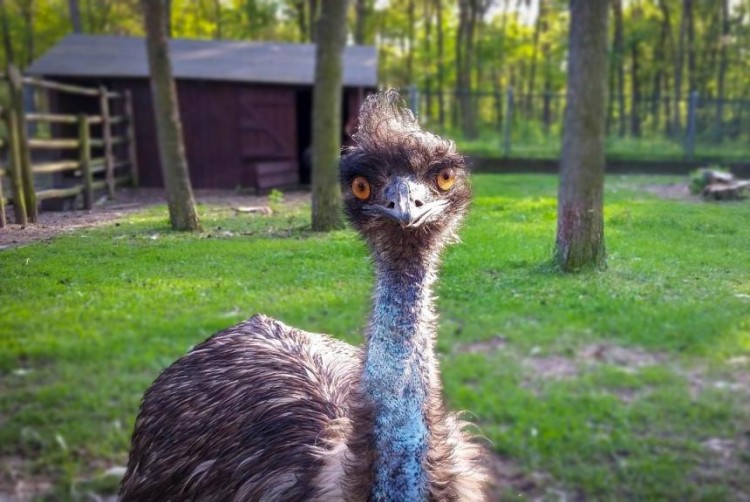 In the Netherlands, police instead of a lost camel found an emu. The police of Rotterdam asked local residents to catch a camel walking freely in the streets.

The officers came to search the area, but could not find it, but they caught an emu who also roamed the city. 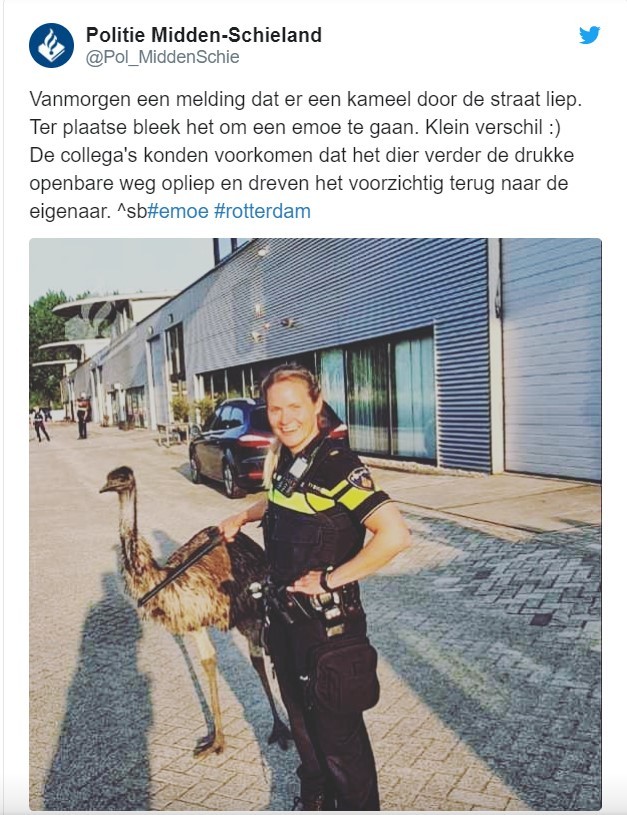 “The difference is small,” they joked on Twitter. But the search for the camel still continued.

Until the time of writing the article, the camel was still not found.

Isn't that how it really is? 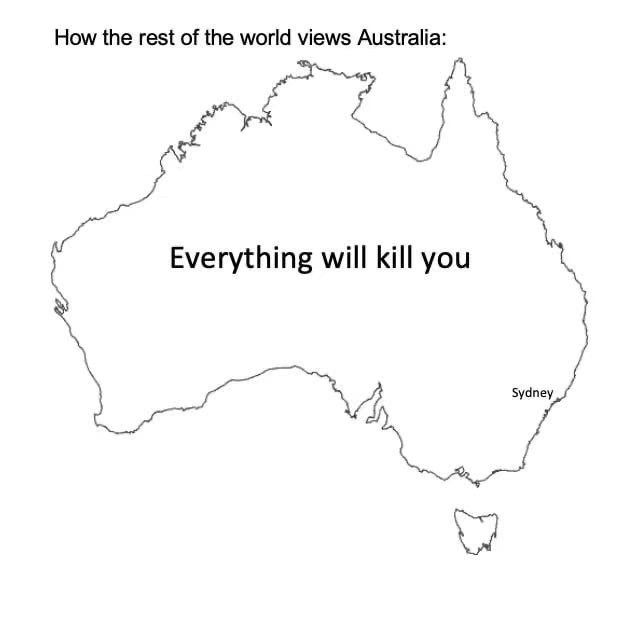 In China, you can go to jail for Criticizing Beijing’s Coronavirus response 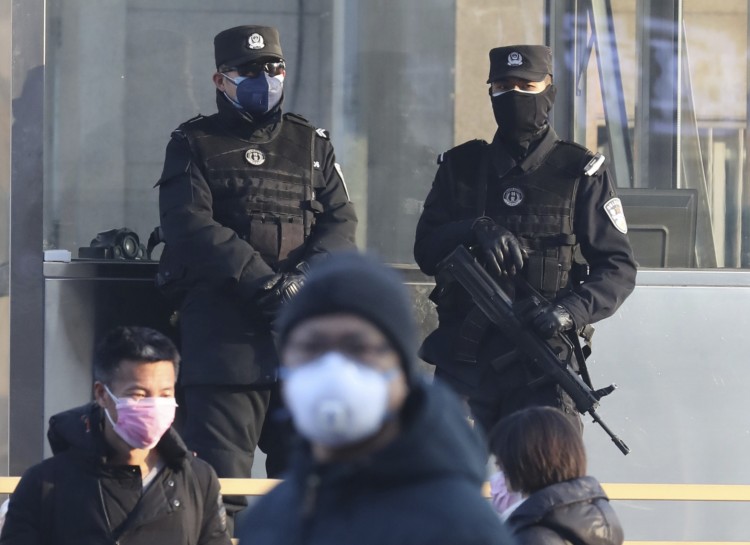 Chinese authorities are cracking down on negative media coverage and social media comments about the coronavirus outbreak, threatening anyone who breaches their rules with many years in jail.

The government authorities even issued an order for an article that looked at the possible negative impact of the outbreak on China’s economy. And indeed, today - the World Health Organization declared coronavirus a public health emergency of international concern

On Wednesday, the World Health Organization was effusive in its praise of the Chinese government’s response to the coronavirus outbreak. These efforts include arresting dozens of social media users who spread “false information without verification.”

One of those arrested turned out to be a doctor to contain the virus who shared information about the unknown illness with a private WeChat group. The doctor, who was forced to sign a document saying he would abide by the law, has since been infected with the coronavirus and remains in a critical condition.

China’s huge online censorship system, known as the Great Firewall, is also censoring any information the government deems to be “rumor.” 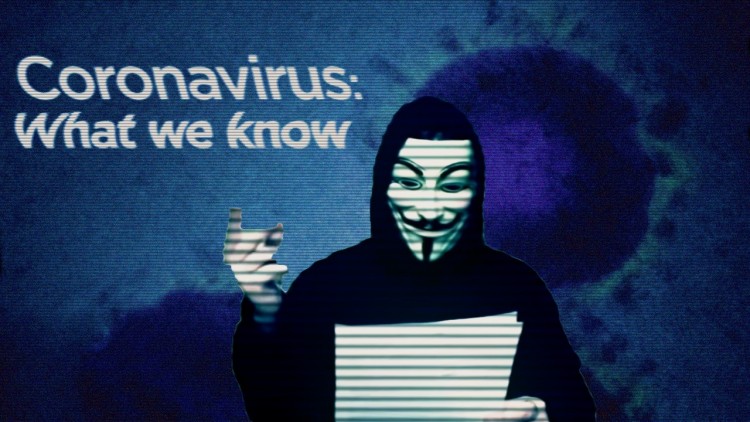 Examples of this include posts by families of infected people seeking help, by people living in quarantined cities documenting their daily life, and by those criticizing the government’s handling of the crisis.

In a bid to make sure people don’t even try and spread such “rumors” on Chinese social media, the government announced this week that anyone who tries to "disrupt social order" by posting on social media information from sources other than state-run media, will face between three and seven years in jail.

This is humanity ❤️ 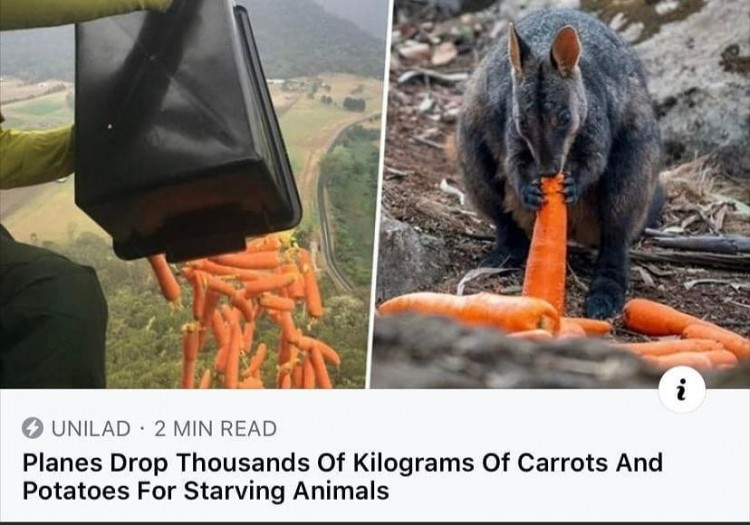