Everything you need to know about the Apple Titan, Apple's autonomous car- 10 Facts by Bemorepanda 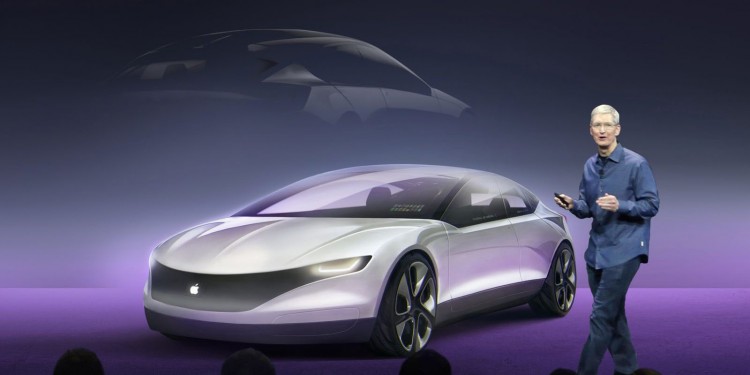 Rumors of Apple's involvement in the automotive industry are not just rumors, given that several hundred people are already working in the prototype development department of a car, and people in Apple's management have already met in Austria with several car manufacturers, including with officials from Magna Steyr, a company that assembles cars for several brands, from Mercedes-Benz to BMW. Here's everything you need to know about what Apple could do in the automotive industry by Bemorepanda.

1. Apple has a mountain of money that lies unspent

$ 155 billion in cash. It made a profit of 18 billion in the first quarter of fiscal year 2015 alone (October-December 2014). BMW and Mercedes-Benz, together, are worth a little over 105 billion dollars (BMW: 83 billion, Mercedes-Benz: 23.8 billion). Tesla is worth $ 25 billion. Romania's gross domestic product was, last year, about 190 billion dollars. That's to put things in perspective. By the way, Apple's market value is about $ 483 billion…

This is what Apple's headquarters will look like in the near future. Really, cities do not build Apple? 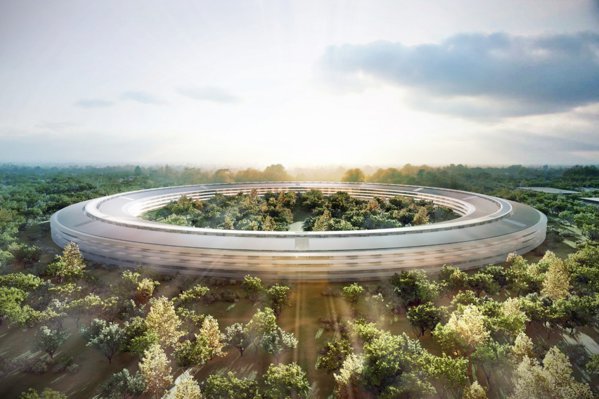 2. Apple already has hundreds of people working on this project

According to an article in the Wall Street Journal, Apple already has several hundred employees working on this project, and the team will reach 1,000 people. So no, it's not just a rumor. Cars with the Apple logo on them are already on the streets of California, and the project is clearly one for autonomous cars…

3. The project is essential for Apple, given who runs it

This is not a side project, given that Steve Zadesky, Apple's vice president, has been named at the helm, none other than the one who led the development teams of the two products that brought Apple to where it is today: iPod and iPhone . His appointment as team leader shows that Apple considers involvement in the automotive field as a priority.

4. We don't know yet if it will be a car that will go into production, but we can guess

Analysts are still divided on whether to produce a stand-alone car as part of a future car range, or just want to build a prototype to show the car world what an autonomous car should look like. -would it facilitate both the development of our own solutions for current car manufacturers, but also the imposition of their Apple ecosystem? Hard to say. 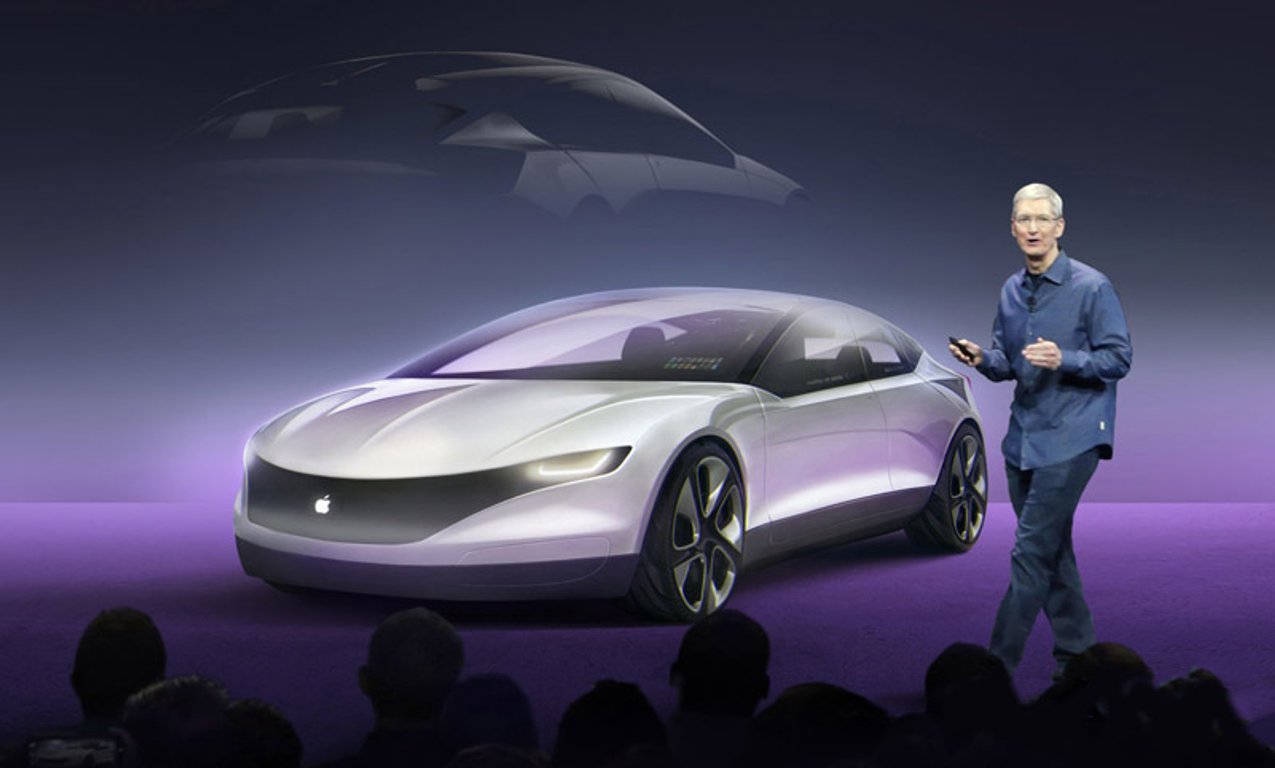 However, the fact that they also hired top car designers shows us that we will have a finished product, at least in the form of a prototype. And Apple is not used to developing only technologies, but wants absolute control to develop a top product. So we're inclined to believe that Apple will still produce a production car as part of a strategy to revolutionize the field.

5. Apple has hired top designers from car manufacturers. And that fills our souls with joy

First of all, Jonathan Ive, Apple's design director, is a big fan of cars, with an impressive collection already in the garage. Secondly, the team working on this prototype includes Mark Newson, who has already drawn a prototype for Ford, Julian Honig, who has already done the exterior design for the Audi Q3, Audi A4 and also has in his CV a few years at Lamborghini, but also Aaron von Minden, who was part of the team that created the famous Gina concept for BMW. 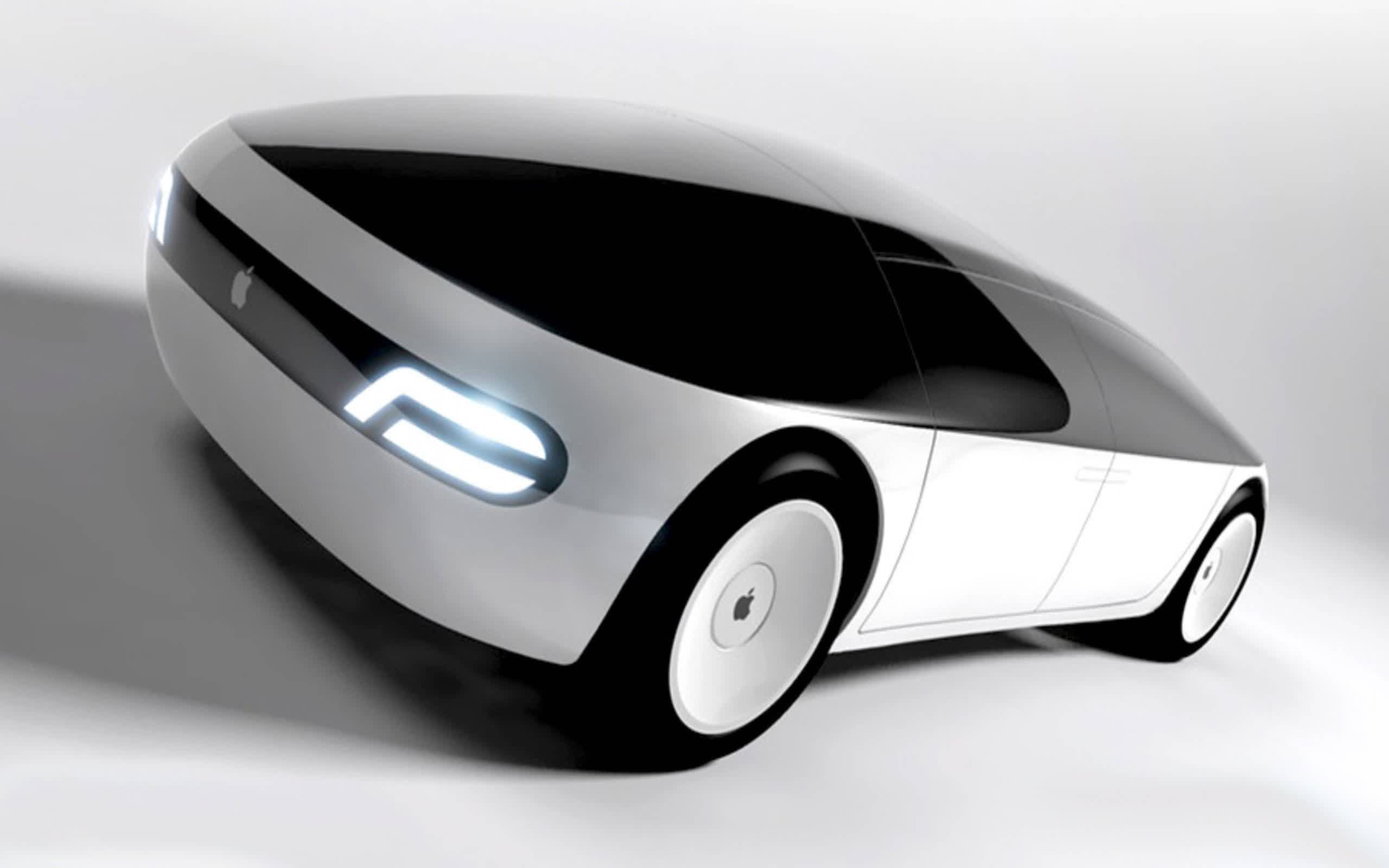 In other words, if they wanted to think only of the technologies inside the cars of others, why would they turn to specialized designers outside of them?

6. Where it has no expertise, Apple simply buys it

In addition to car designers, Apple is able to buy, if necessary, entire companies that develop technologies of interest. In addition, it has invested in people who have already headed the research and development departments of major manufacturers (Johann Jungwirth, former president and CEO of Mercedes-Benz's North American R&D division, for example).

A 1999 design by Mark Newson for Ford. Ugly today, but beautiful in his day 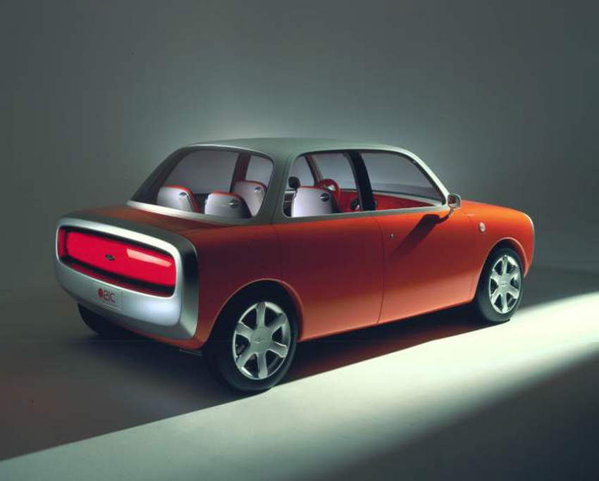 Several company executives also met in Austria with several carmakers, including representatives from Magna Steyr, a division of Magna International, a company that assembles cars for several European premium brands (MINI, BMW, Mercedes-Benz etc). So creating a coherent team, able to introduce it to the automotive industry, is absolutely no problem for Apple.

7. The Titan car will be an electric one with advanced autonomous car functions

Apple's interest is especially for cars with advanced autonomous driving functions, because in them we spend about 2 hours every working day, and these two hours can be the basis for consuming media content through the Apple platform. 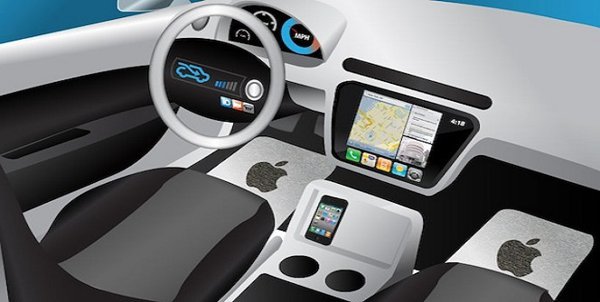 Building an electric car is simpler than making a combustion engine car, and the horizon of the 2020s will bring us the first fully autonomous cars. Apple cannot miss the two new technologies essential for the future of mankind.

It is rumored that, unlike Tesla, which produces cars with sporty valences, Apple would initially focus on building a minivan, a stylish people carrier. Remains to be seen

8. Profits would be made from the sale of applications throughout the life of the machine

Here, in fact, is Apple's interest: making huge profits by rethinking revenue sources in a particular industry. In the case of the automotive industry, the fact that the car will drive alone means that the two hours a day can be dedicated to interacting with Apple devices in the car. 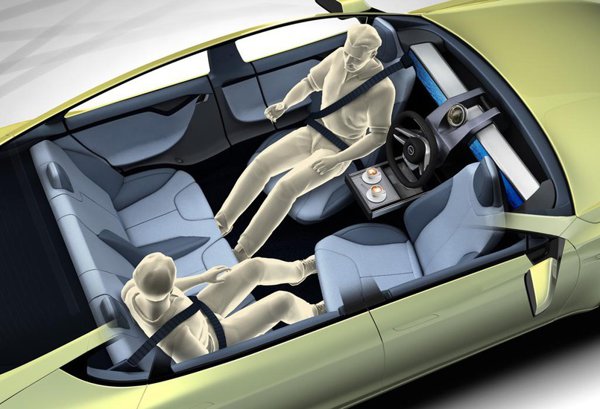 Schedule the destination, possibly choose the route, then let the car drive. But Apple would like to keep an eye on a screen…

Then people would be willing to pay significantly more for a car app. Today, users of Apple mobile devices spend, on average, over $ 40 a year on applications. In a car, this revenue could even increase several times, especially if the applications come as an option to a car that could cost over $ 40,000 at launch. Apple already has over 800 million iTunes users, and its involvement in the automotive industry, both as a carmaker and as a technology provider, could much better monetize at least some of this huge user base.

9. If you enter the automotive industry, Apple must build or buy processes and production units

Although appealing to a third party like Magna Steyr, who could assemble her car in the first instance, is the shortest path to the automotive industry, the reality is that you can't count on it until you have complete control over the entire production chain. It's absolutely no problem for Apple to build cutting-edge plants, just with the money from quarterly profits, and Apple can make a difference here, especially since it would start from scratch.

BMW is already building wind cars at the Leipzig pilot plant. And it's just the beginning! 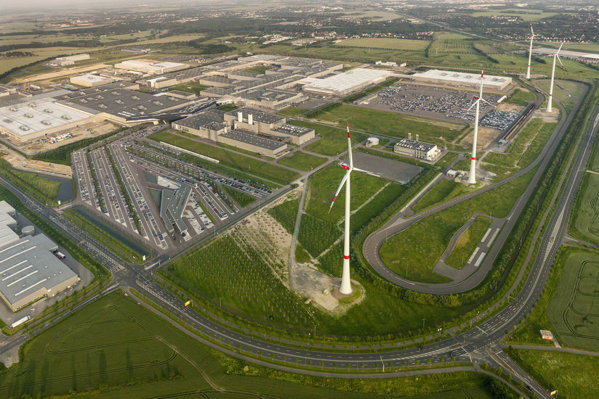 Apple could even buy Tesla, and a combination of the two companies would allow it to enter the market with fully autonomous electric cars even earlier than 2020. If Elon Musk, the owner of Tesla, would like this, it's a whole other story ( the two companies have completely different market philosophies).

Even if it wants to make its own car, Apple will not be able to launch it before the end of 2017, and only if it uses a subcontractor to build it (like Magna Steyr). Unlike computers and telephones, the construction of a car is much more closely controlled and the restrictions related to safety and environmental protection are much more numerous. Also, the production cycles are much longer, a generation of a model lasting 7-8 years, not 18 months as in the case of a telephone. 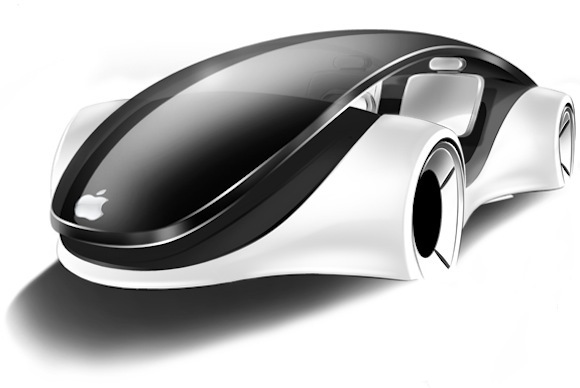 But the entry of Google, Apple and Tesla into the realm of automakers will forever change the automotive world as we know it now. The only ones who have reacted to the futile ambitions of IT companies are BMW (in the field of electric cars rethought from scratch) and Volvo (in the field of car safety), the others still have to regain ground, although they do it quickly. However, the huge amounts of money available to IT companies also mean a very fast scalability of new technological solutions, which will lead to the much faster adoption of electric and autonomous machines, if the IT giants finally decide to invest their electronic devices than driving and watching other cars stuck in urban traffic. 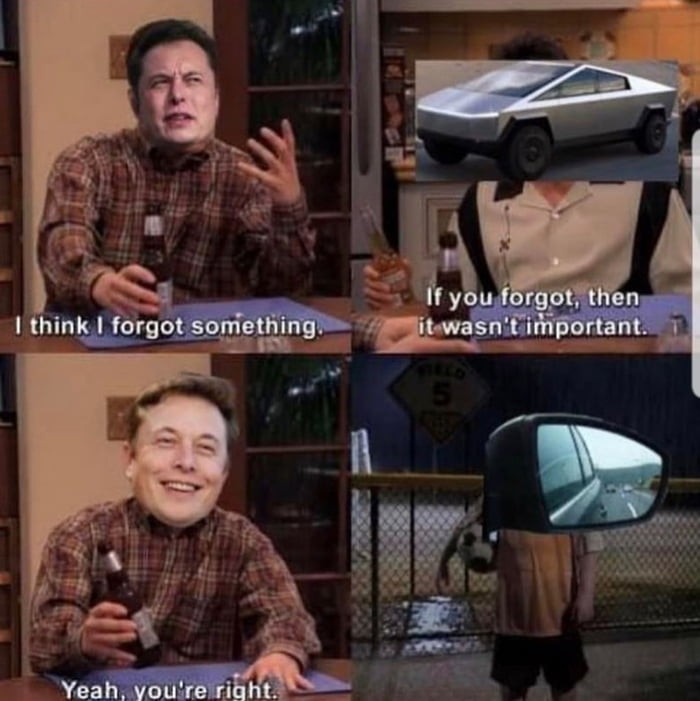