What would you choose for $25, Dominos Pizza or Chinese Food 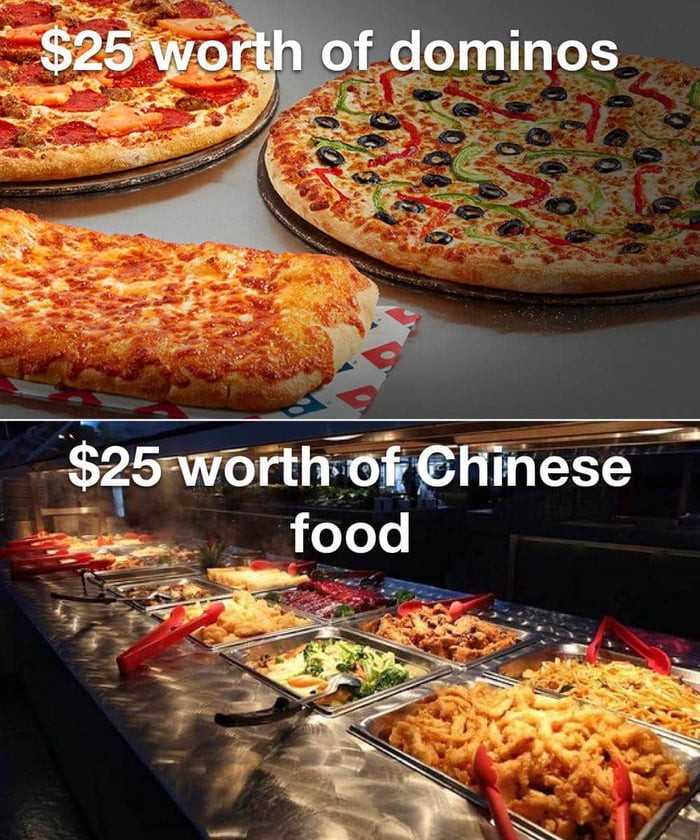 5 minutes before closing the restaurant 😂

Hopefully this makes your day a little better.

20 times people got more food than expected, thanks to the mistakes of the producers and the kind nature 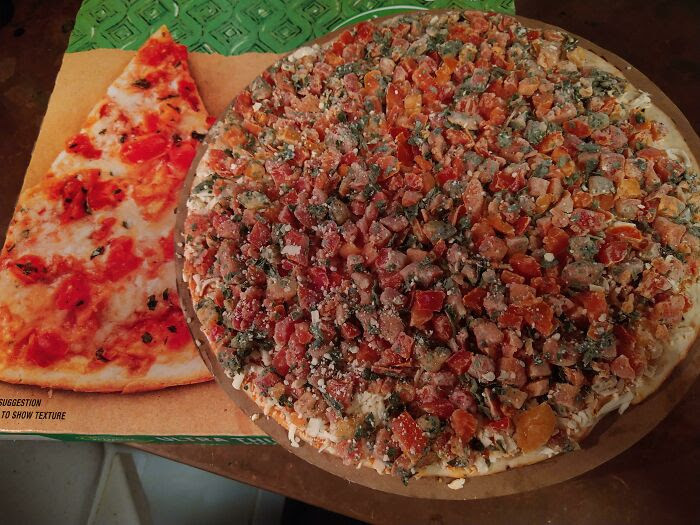 More often than not, what happens is that we get less of what we expect, whether it is shopping online or in a store. However, it also happens that some people are very lucky. It doesn't matter if you get two ice cream cones in the same package, bump into an egg with three yolks, or super long fries - you are already winning the food lottery without even knowing you are playing it.

Giant lettuce that will last for a very long time

This is such a cool salad that it even grew a head and legs! 😄 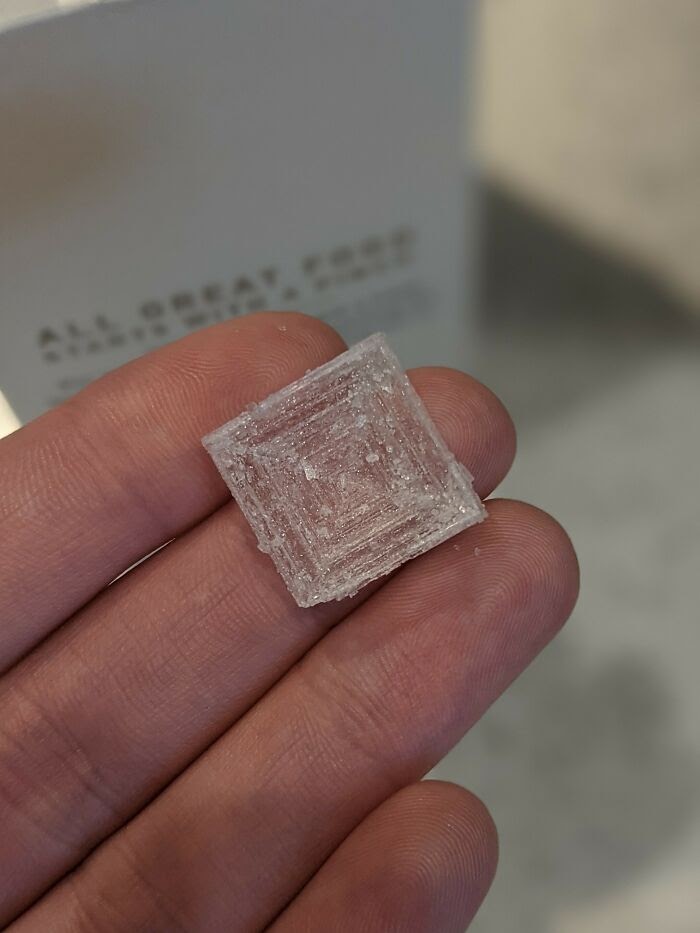 In a parallel reality, this crystal of salt would be sprinkled with microscopic potato chips 🥔

"This banana is the size of my forearm" 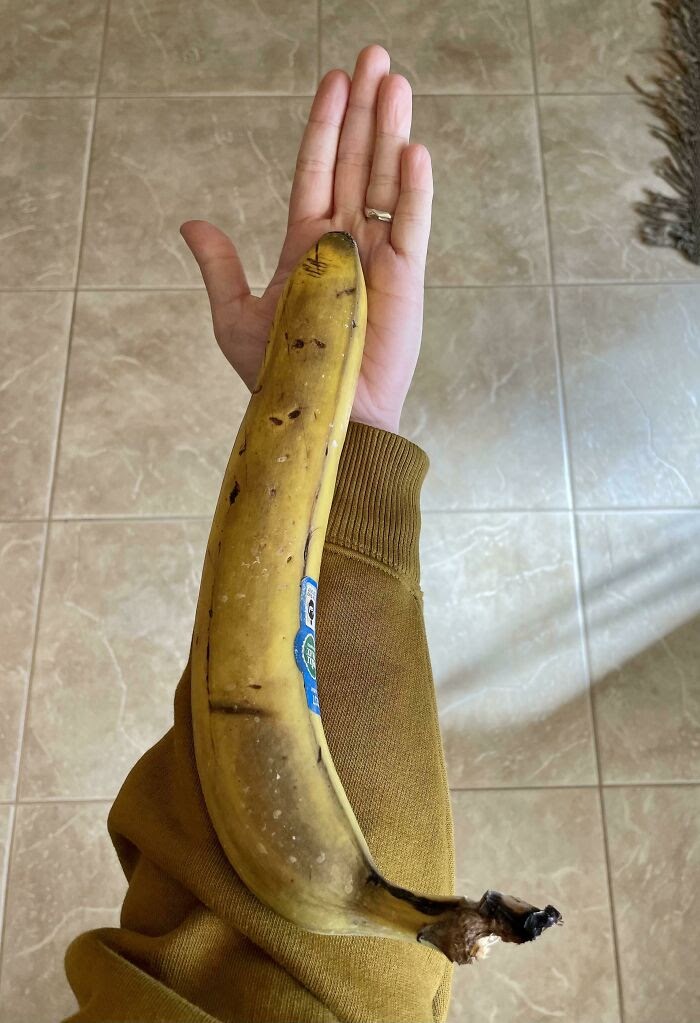 Not just a banana, but a real banana! Although any banana will be a "banana" if you have tiny forearms 🍌happened 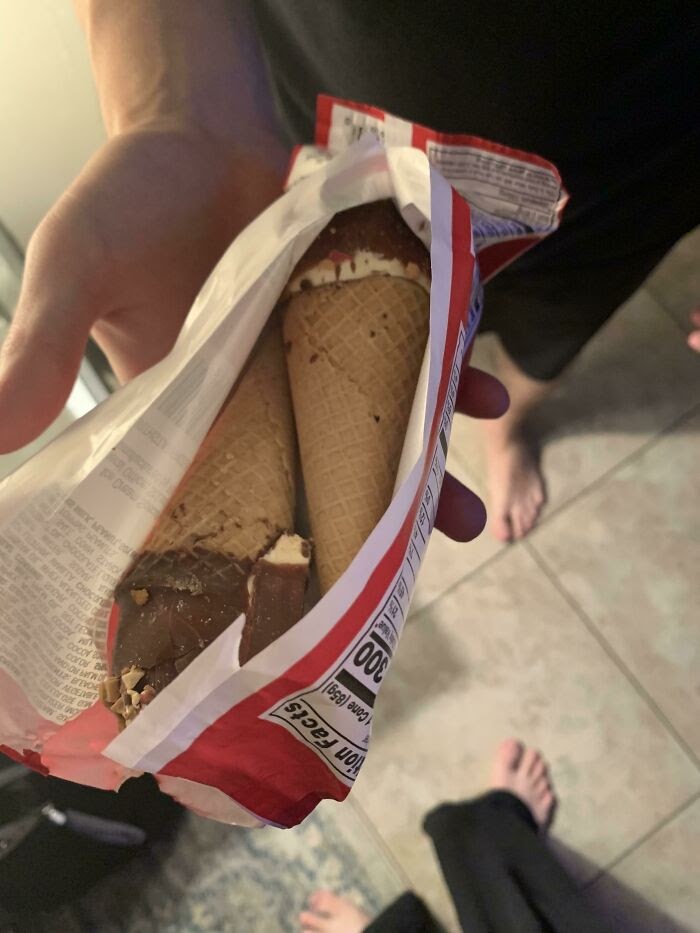 Inside the ice cream package, there were two cones and another small piece. Sweet twins! 🍦🍦

"A giant lemon from our tree" 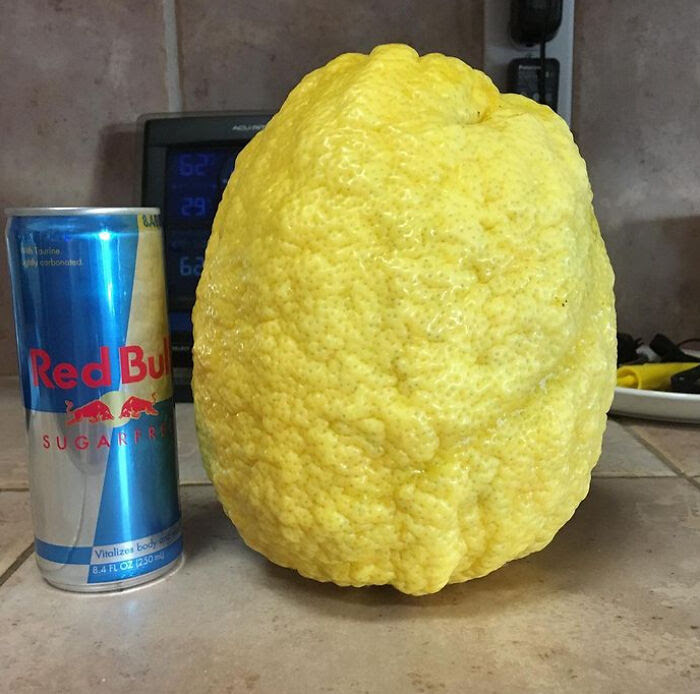 Most often, such lemons are almost entirely composed of a rind with a small proportion of pulp 🍋

"There were no seeds in this butternut pumpkin" 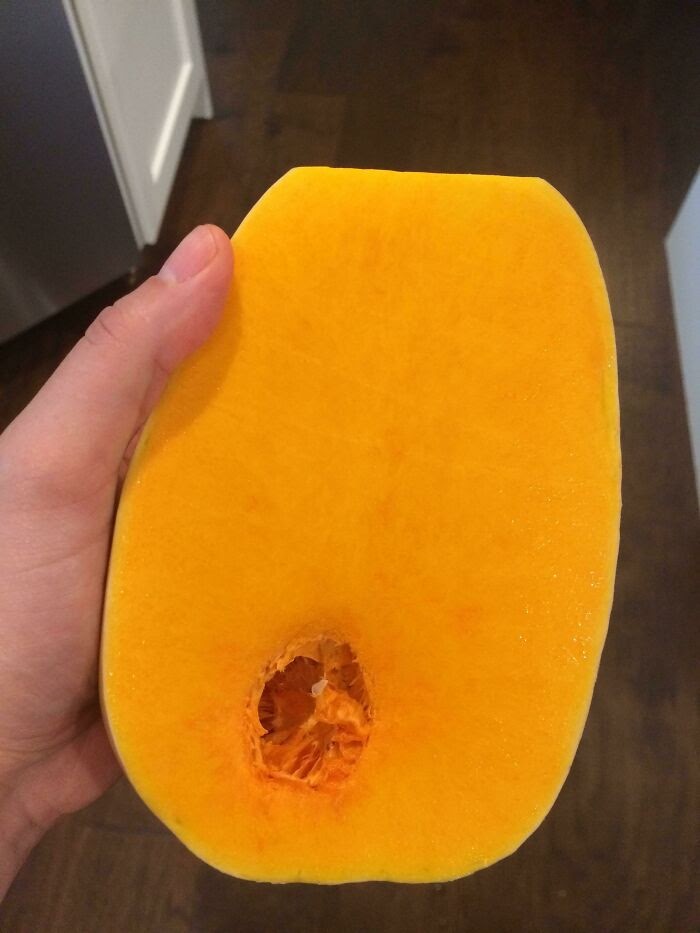 The author of the photo said that he first encountered a pumpkin, inside of which there were no seeds.

A pumpkin that didn't want to breed at all 🎃

“My friend's chicken laid a huge egg with an egg of the usual size inside.” 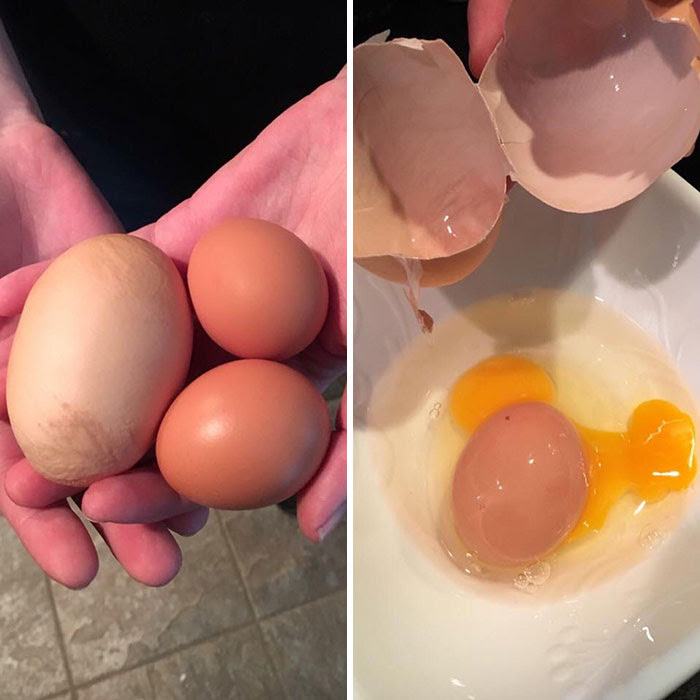 Poor chicken, it must have been hard for her.

This is reported to happen when one egg hits another during the formation of eggs in the hen.

This chocolate egg has two layers of chocolate 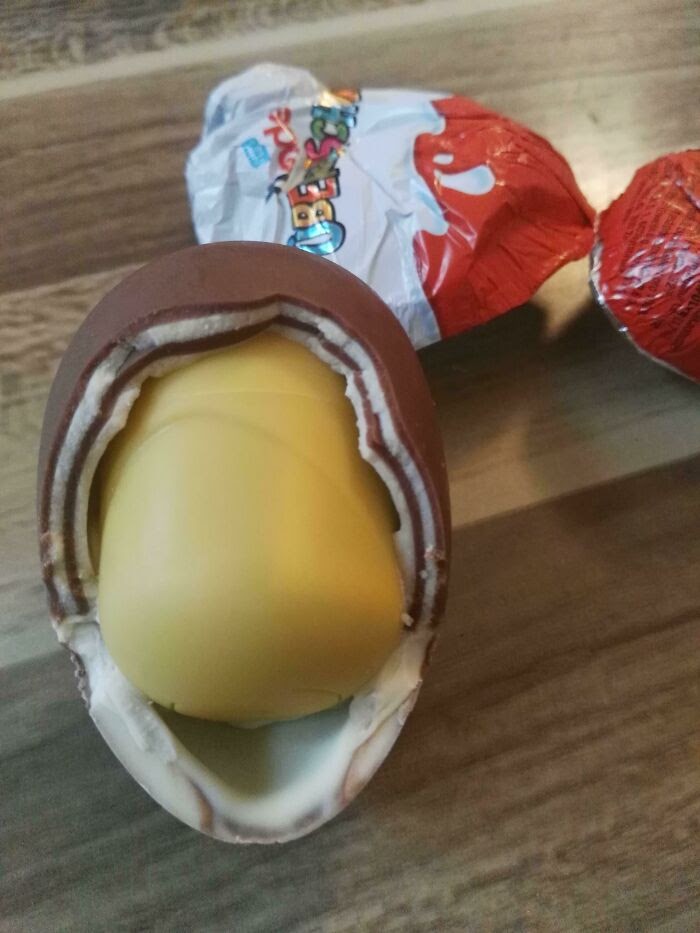 Photo author: “I was wondering why I was suddenly unable to break a chocolate egg. I didn't want it to fly into 1000 pieces, so I took a bite. A double layer of chocolate, under which there was a surprise! Best Manufacturing Error! I had a package with three chocolate eggs, two of which were like this ” 🥚 + 🍫

This incident happened in Austria, and we would recommend the author of the photo to urgently buy a lottery ticket. 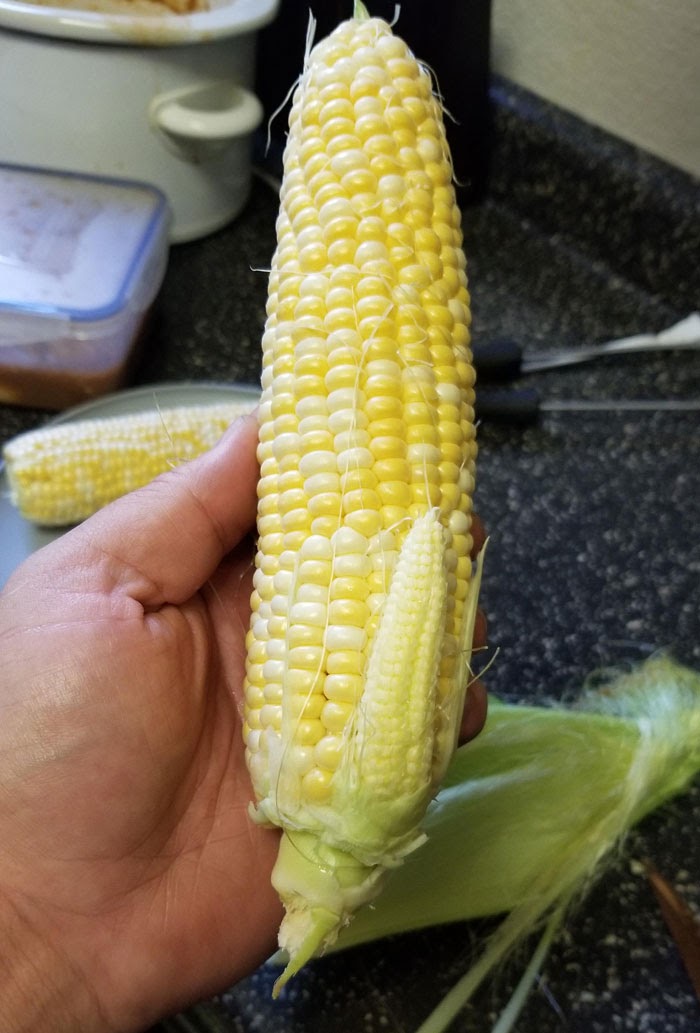 picture Author first section cob, and then surprised such a reaction 🌽

Now imagine the size of these fries 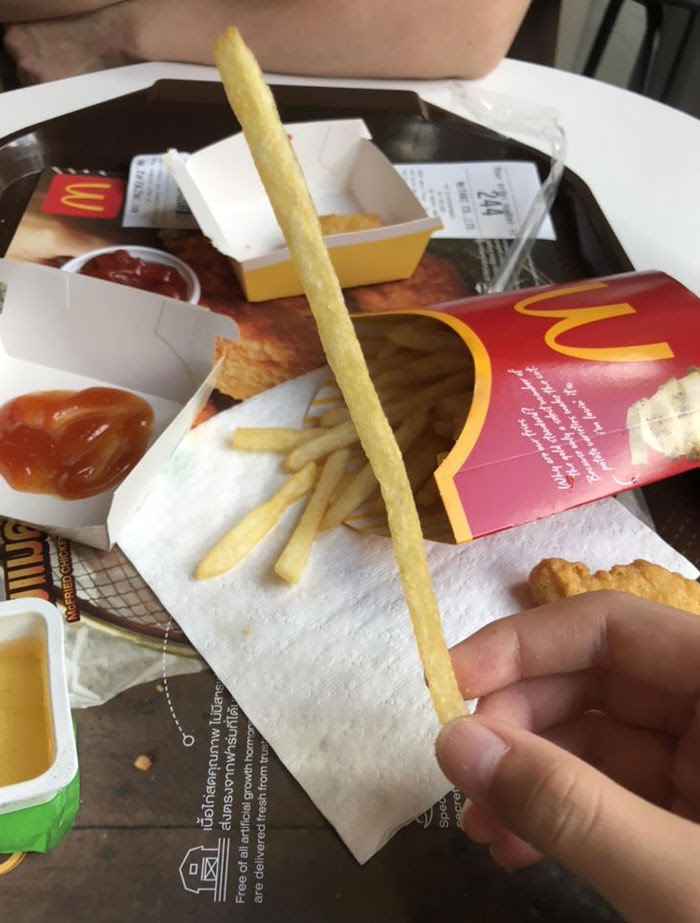 "Ron Weasley, have you turned your wand into fries again ?!" 🦰✨

"Today I broke an egg with three yolks inside!" 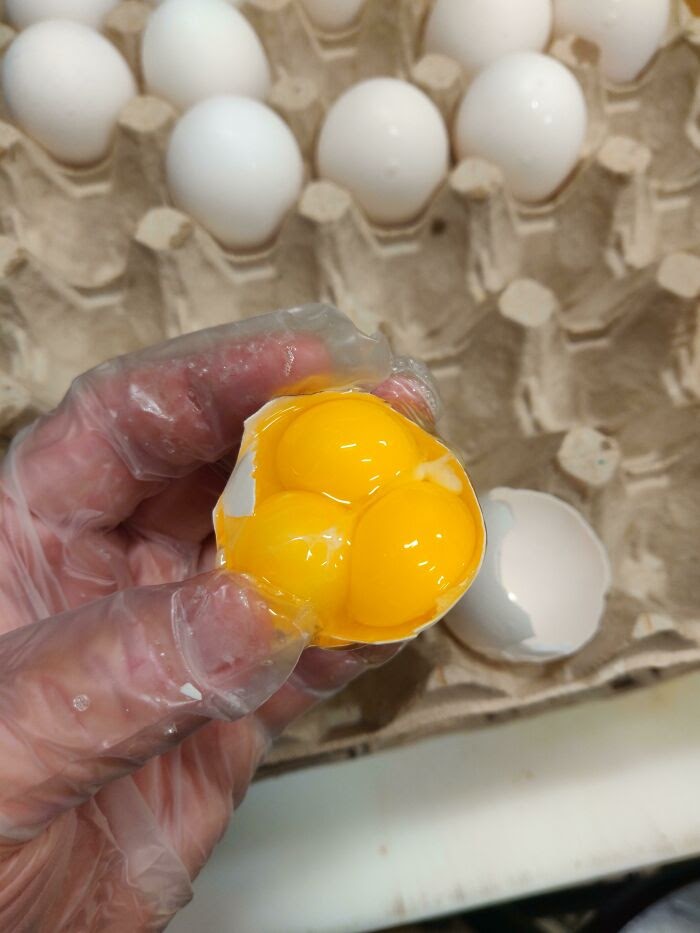 A double yolk is not found so often, and a triple yolk is very rare. Congratulations on your triplets! 🥚

"This pizza is much more filling than shown on the box" 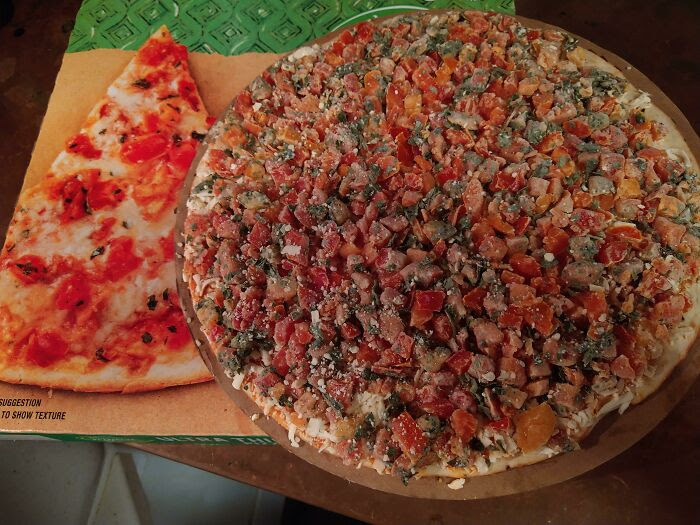 Pizza made at the end of the work shift, when still left a lot of toppings, but you have only one base for pizza 🍕 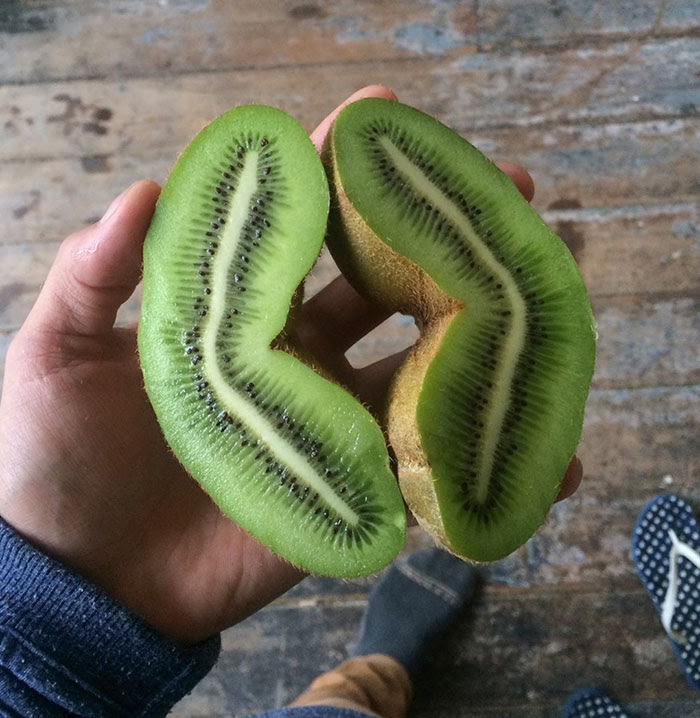 Double Kiwi, which you can not only gorge on, but also confuse it with ginger root 🥝

"This morning I didn't have an avocado, but pure pleasure!" 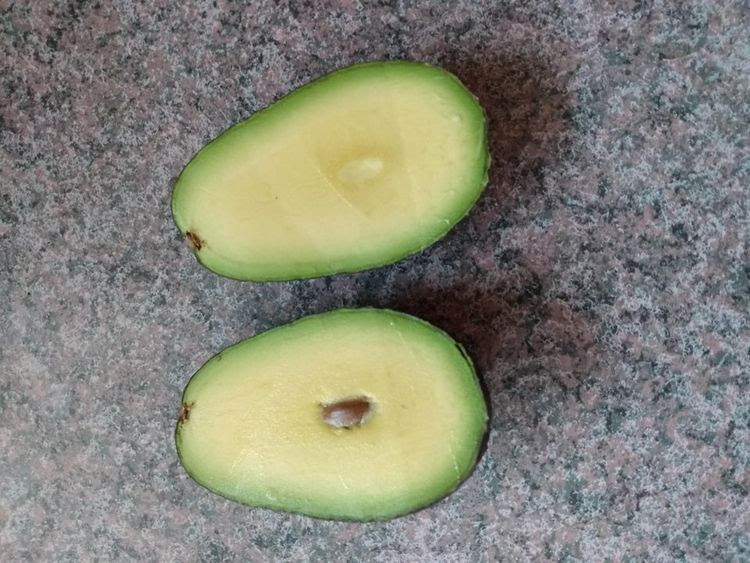 It could only be better if the bone was made of gold. Although in this case, we would immediately begin to dream of an avocado with a large bone .. 🥑

Mother Nature did a great job on this cabbage.

Then you could show this photo to your child with the words: "It was in this cabbage that we found you" 🥬

"Behold the King of Flakes" 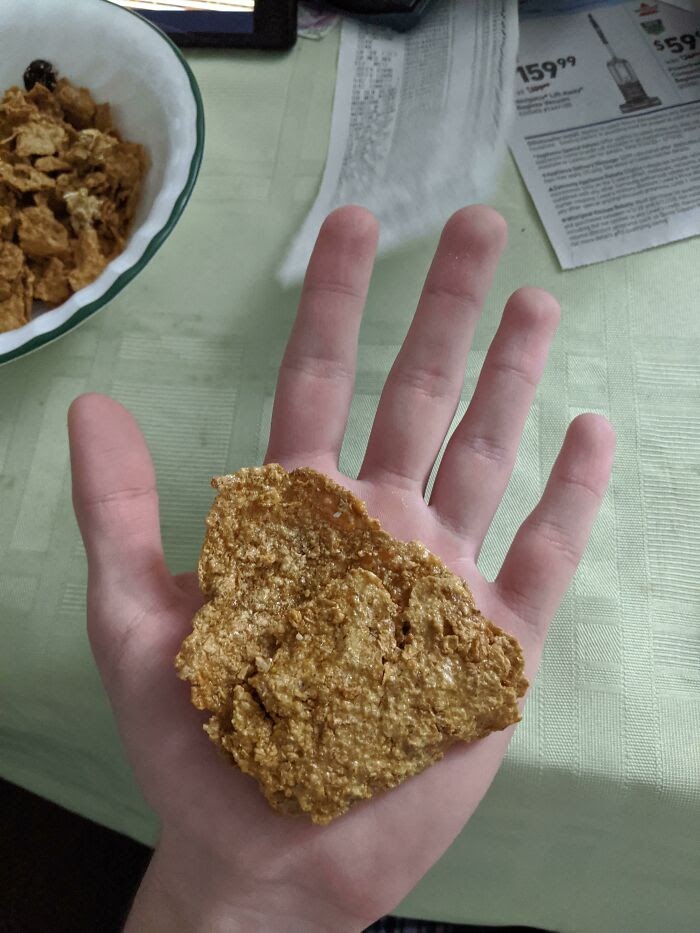 Some people manage to sell such things on the Internet for very good money. We need to send it to the cereal maker so they can start breeding it 😉 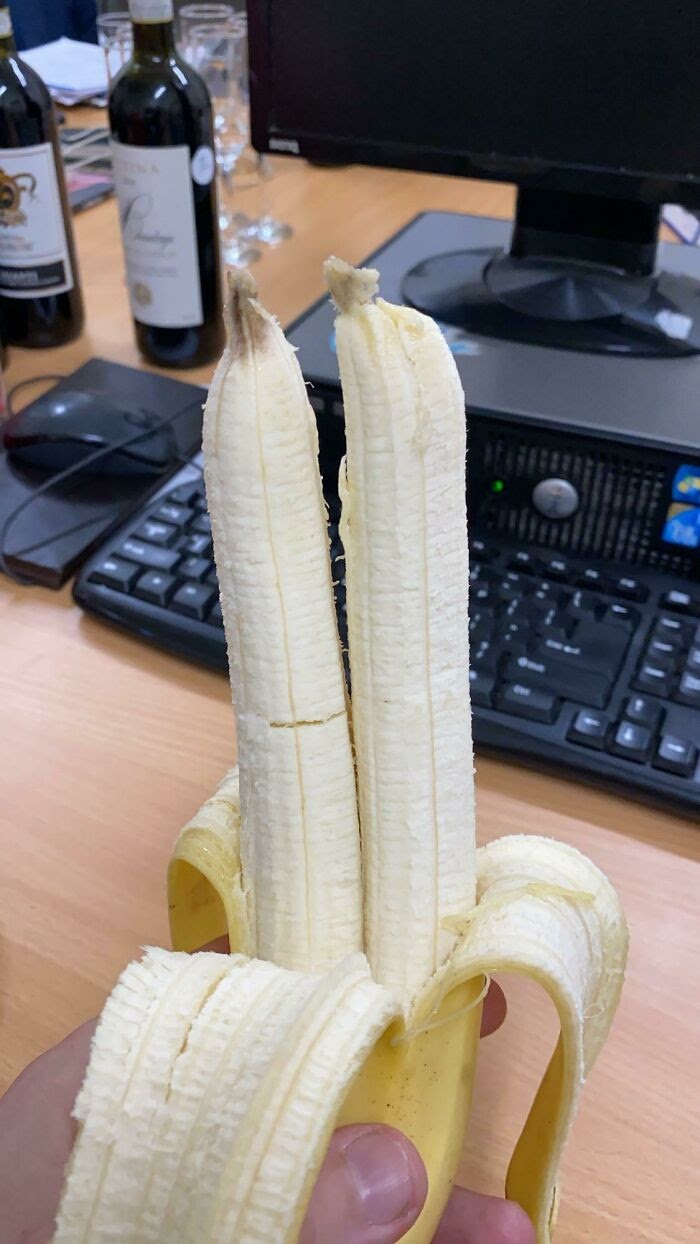 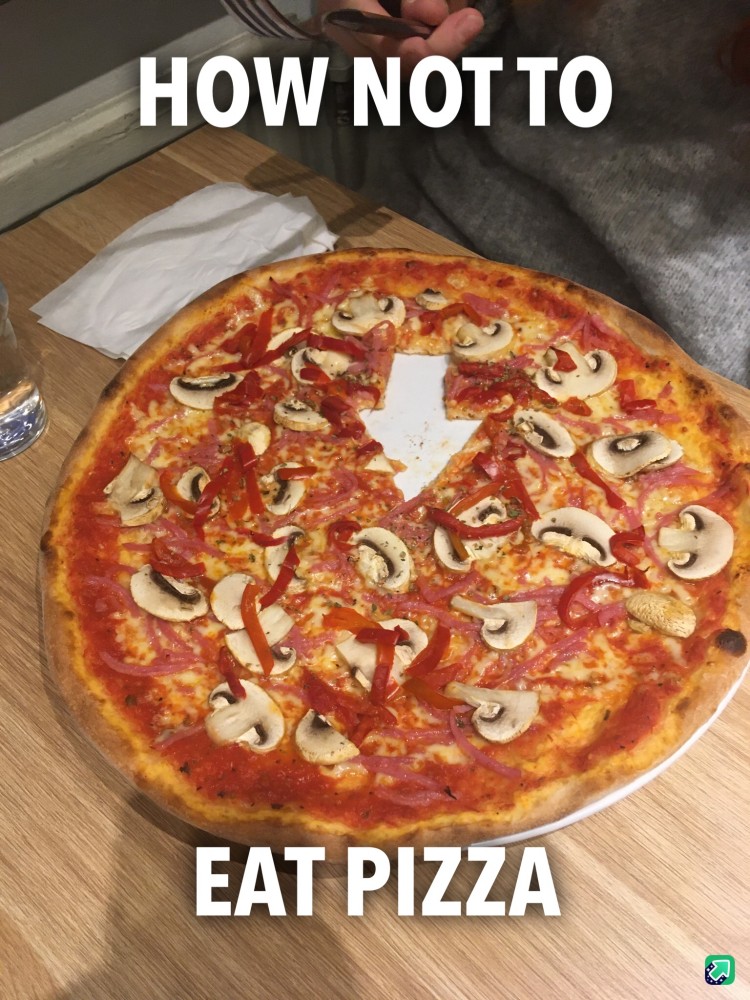