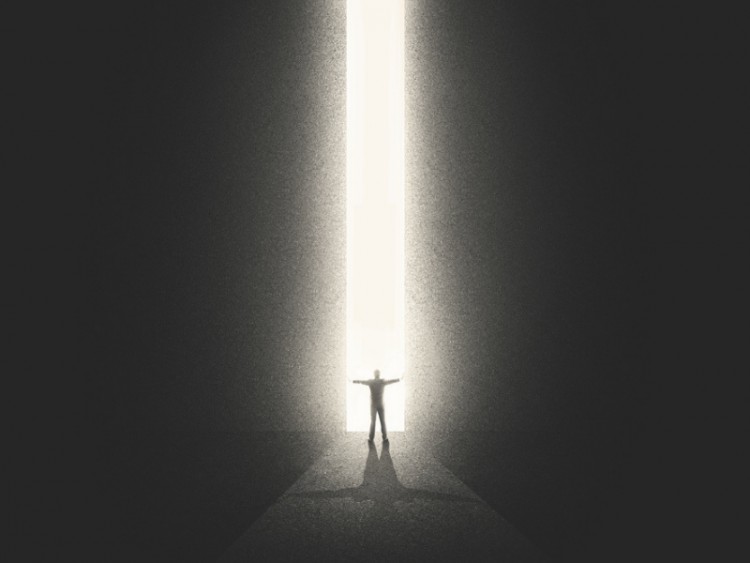 Being a parent is the greatest thing that can happen to you in life. Children are the joy of a family and society as a whole. With their coming into the world, the house is filled with joy, light, funny moments, but especially naughty, which can sometimes have consequences.

From a very young age, children show boundless imagination, fantastic courage and boundless curiosity. More pleasant or not, every "happy" moment of the children becomes a funny memory for the parents, especially when the moment was immortalized through a picture. But not only pictures, but their words also serve as scary flashbacks sometimes, that's how on Twitter, parents share their interesting experience. Bemorepanda collected some of them. 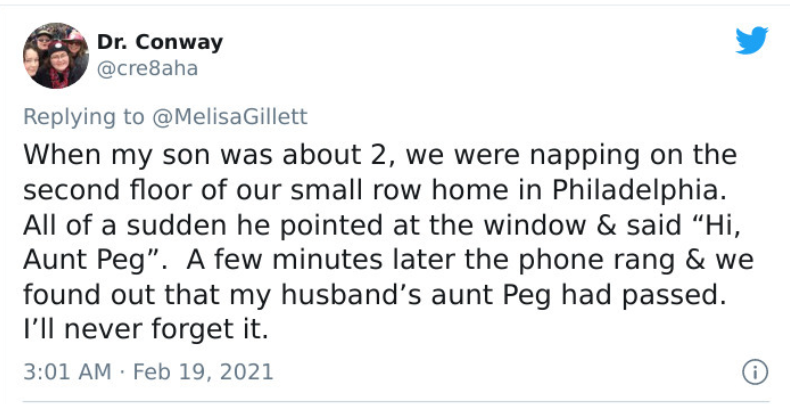 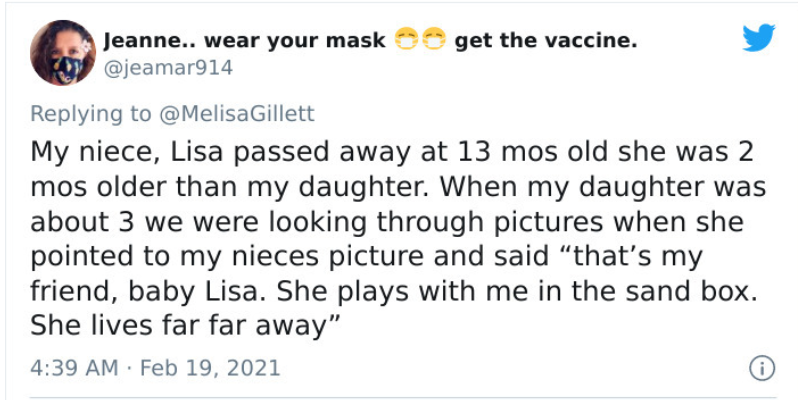 4.Before I came here 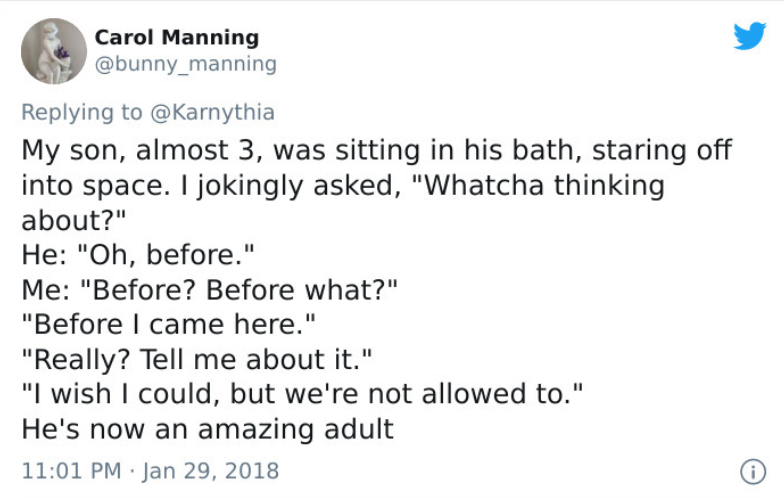 5.The man in a uniform 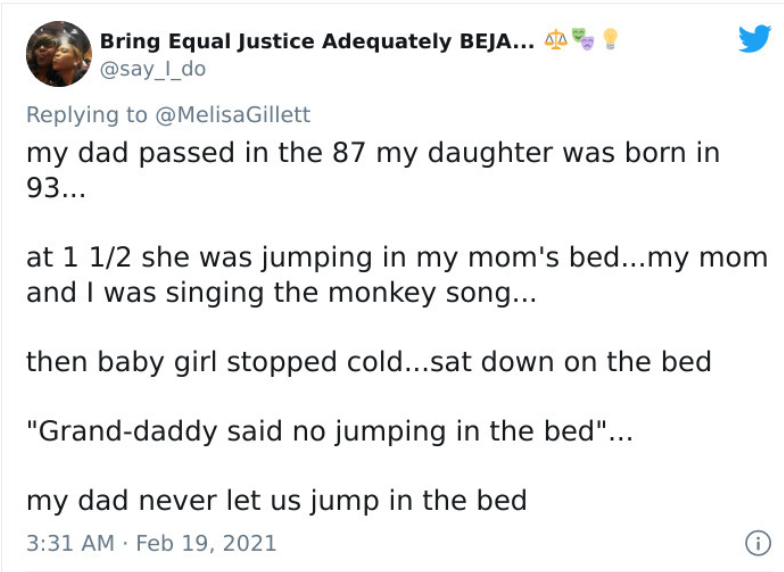 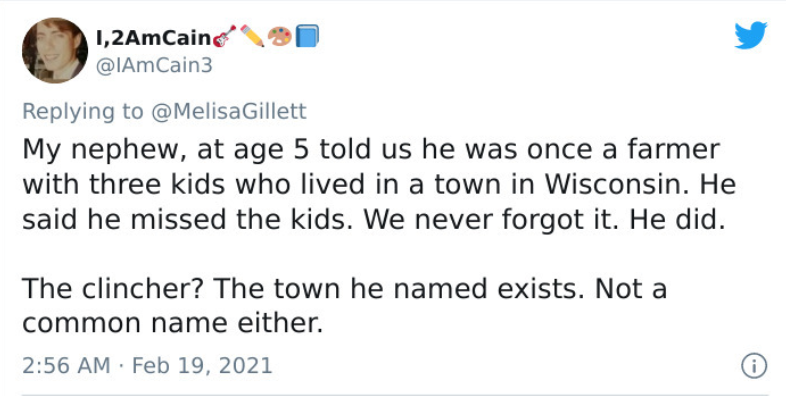 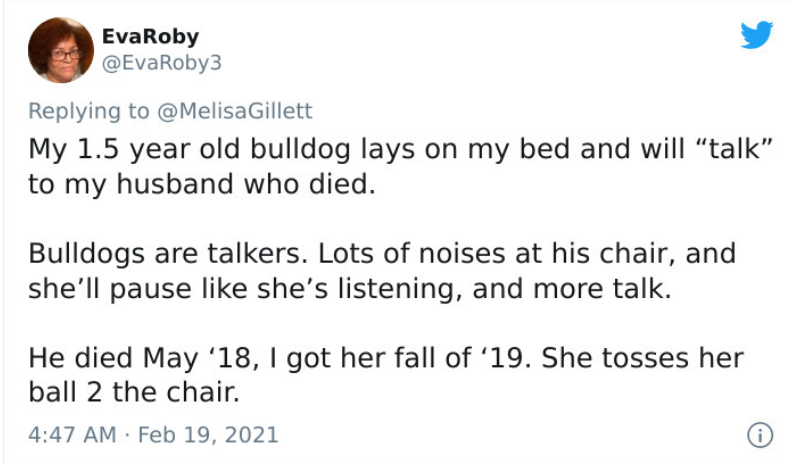 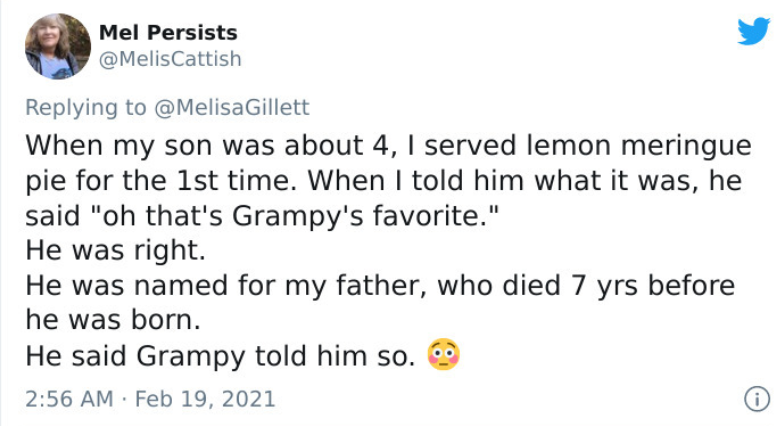 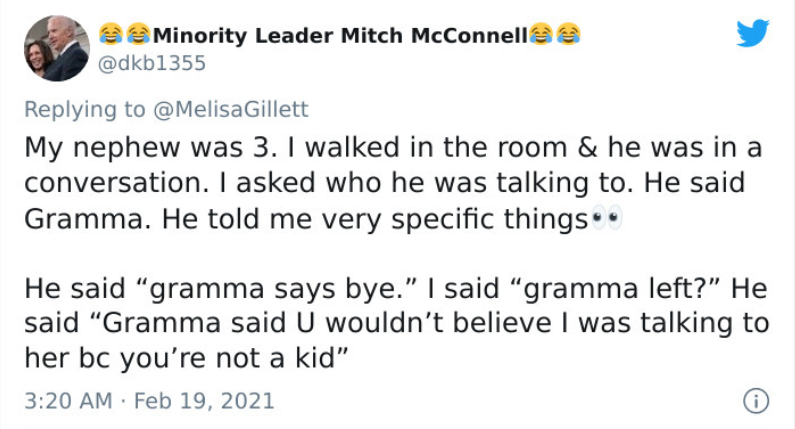 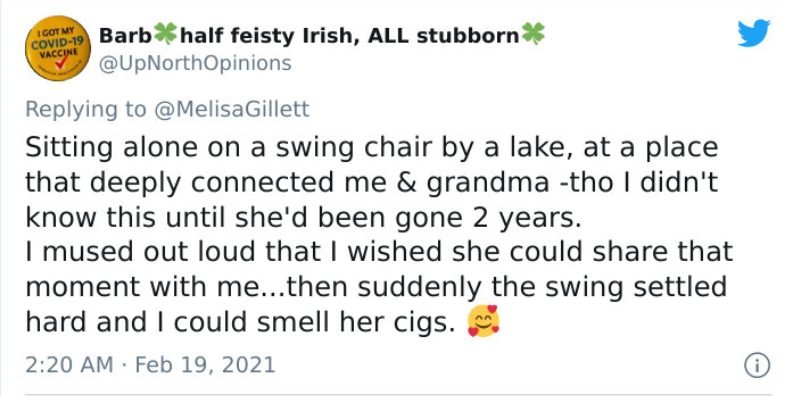 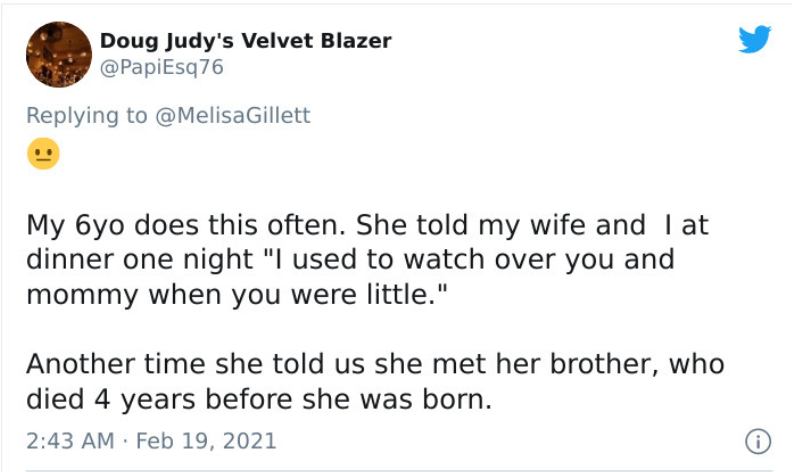 25.The area was empty 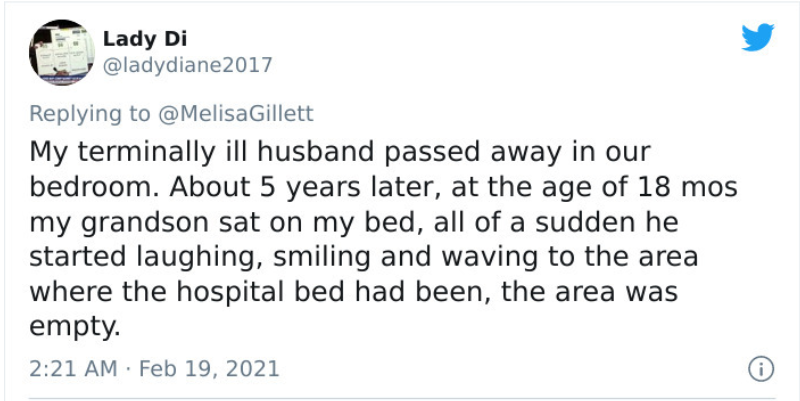 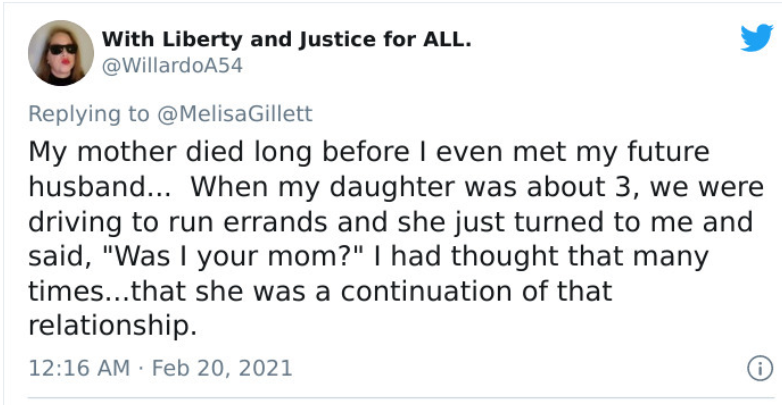 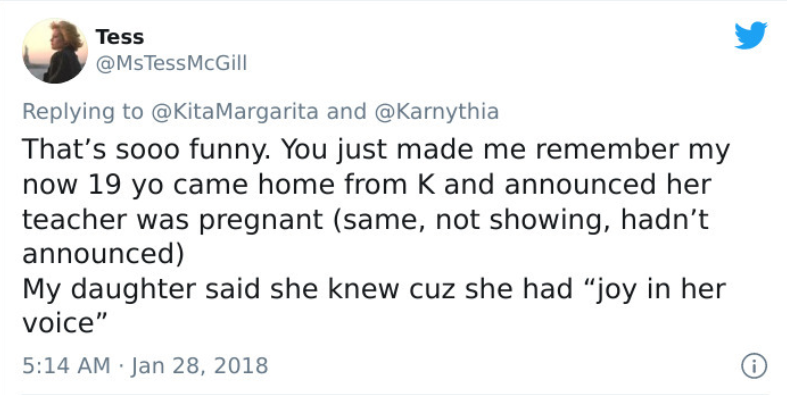 What harmful things are being taught to children? Top 30 Reddit answers 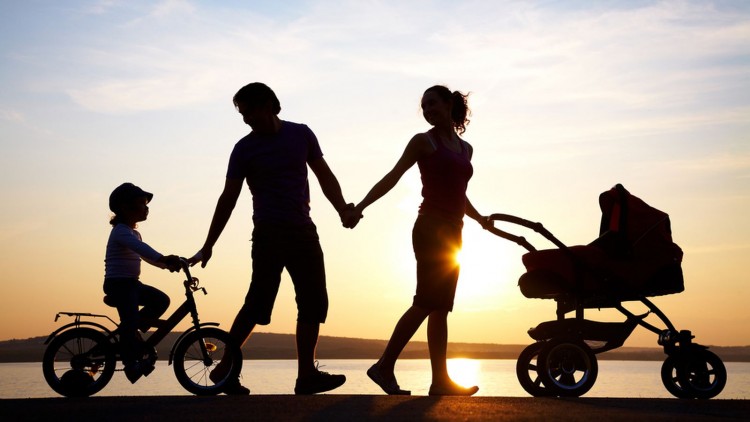 If you want to prepare your child for the future, you need to help him develop a strong and especially positive self-image. Equally important are self-discipline (which they often lack), social and emotional skills, and a sense of responsibility (from an early age). You need to start working on all these aspects in time, even when the little one goes to kindergarten and starts to get in touch with people outside the family on a daily basis. It is an enormous responsibility and a mission quite difficult to accomplish.

Education based on feeling management is not just a fad or a simple tool for psychologists, but it is an effective way to use your knowledge and talent to have a good relationship with your child. In this type of education you do nothing but use your knowledge and emotional skills to teach him how to react to social situations. You need to keep in mind a few things that will help you manage your relationship with your little one properly.

Children should be encouraged and taught with a lot of love and affection. In this top collected by Bemorepanda, maybe you will notice a mistake of yours that you commit in the child's education, it is never too late to change that, in order to raise a child worthy of a welcoming and loving society.

3.Don’t do this to your child

9.Being wrong is normal! 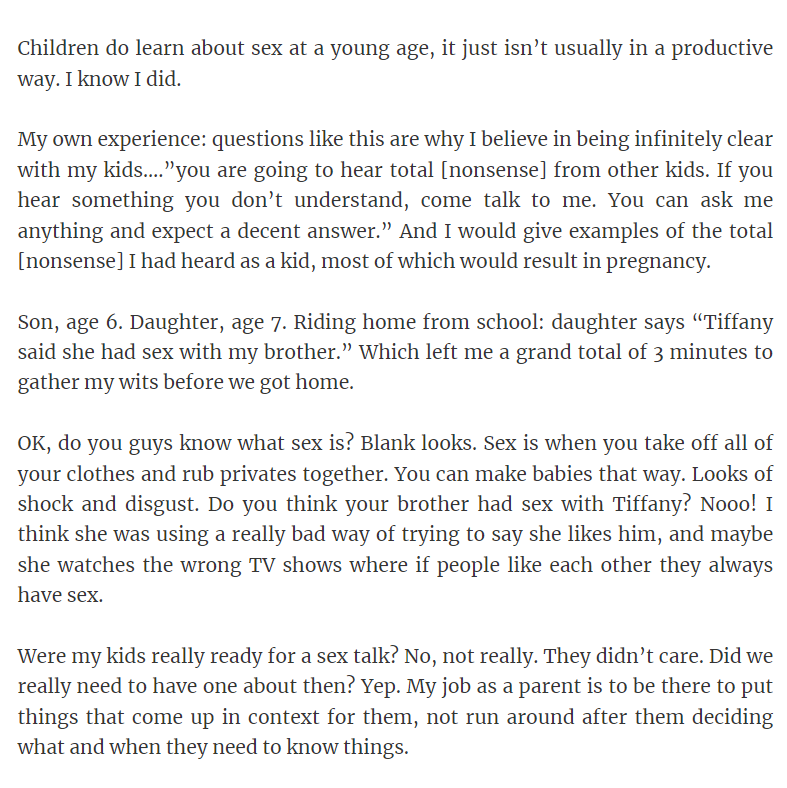 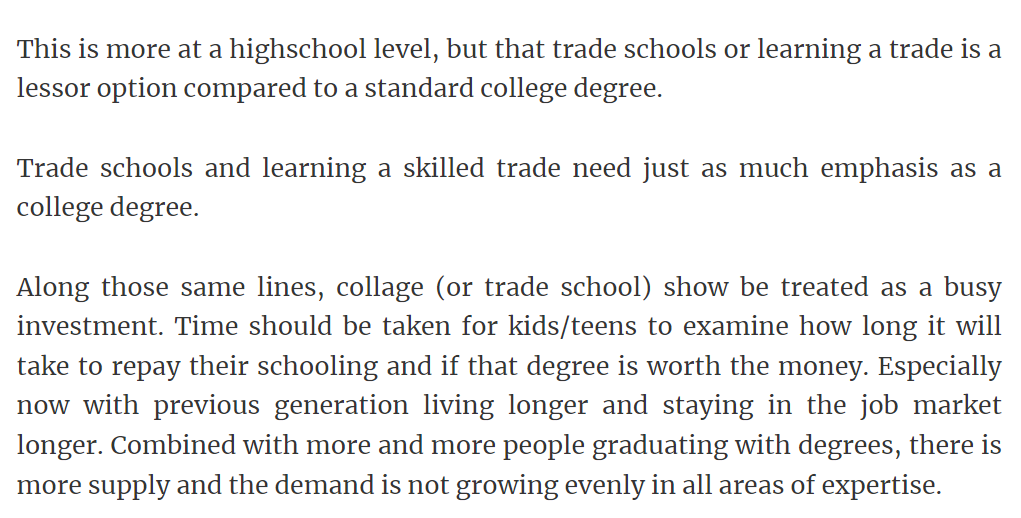 28.Everybody is a winner

Best funny movies to watch with your kids during quarantine

Whether it's animation or fiction, nothing compares to a movie that the whole family enjoys during quarantine: children, teenagers and adults at the same time.

A Wrinkle in Time 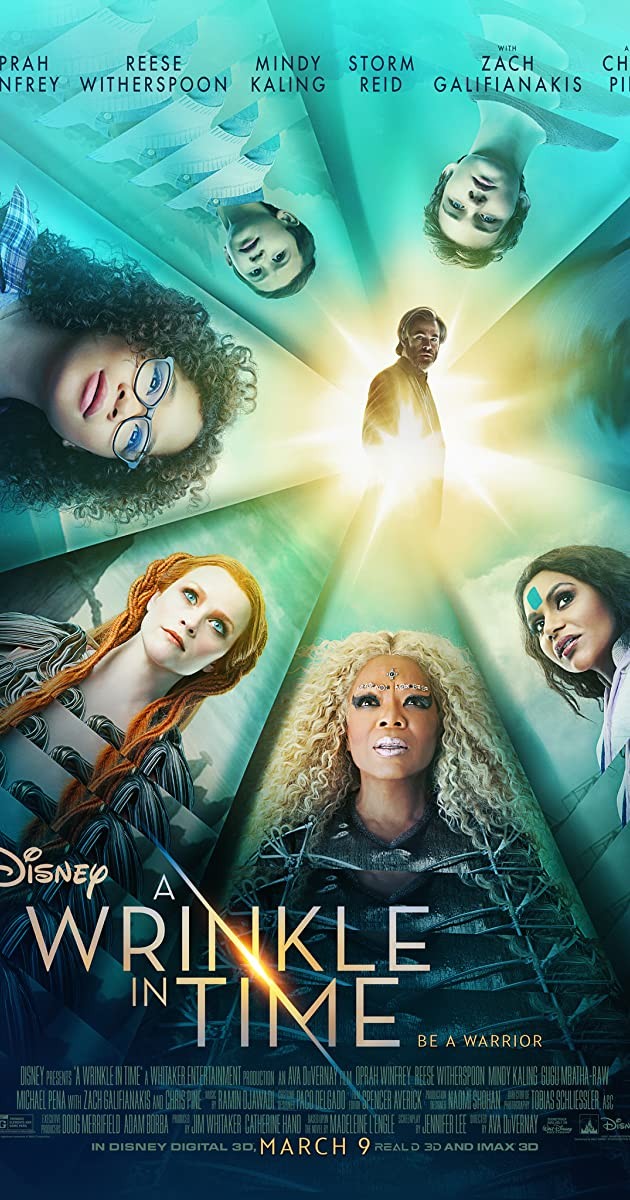 Based on a classic fantasy story by writer Madeleine L’Engle, A Wrinkle in Time focuses on the story of three children who embark on a journey to save their father and the world. Ever since Mr. Murry, a scientist, discovered a new planet and used the concept known as "Tesseract" to travel there, his children, Meg Murry and her younger brother, Charles, have been without their father for some time for five years. 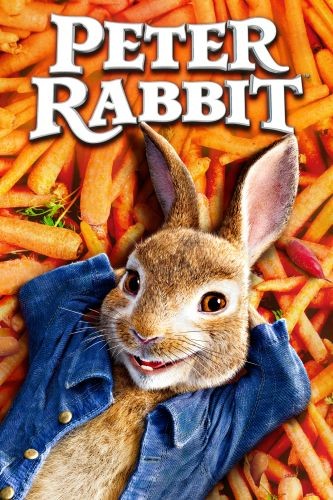 Peter Rabbit is the big screen adaptation of the classic Beatrix Potter story about a rebellious bunny trying to sneak into a farmer's vegetable garden. 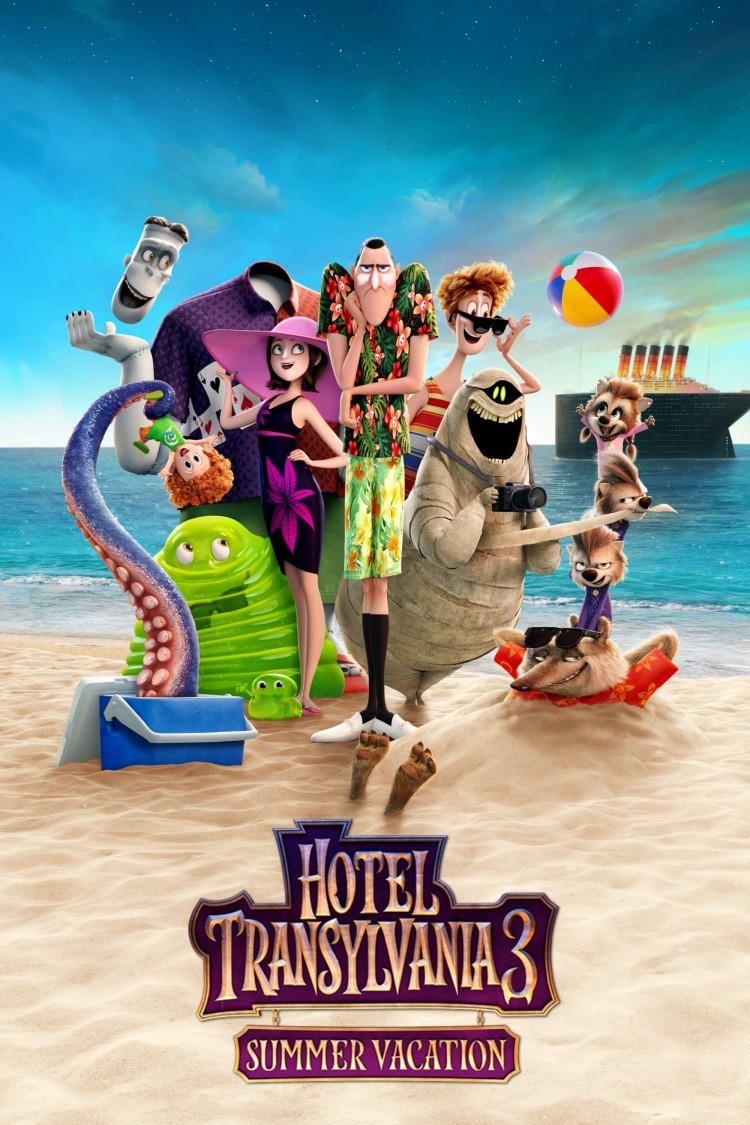 In this animation, we see our favorite monsters as they embark on a luxury cruise ship.They travel with great pleasure because they enjoy all the facilities and offers on board the cruise ship, from the volleyball game and to trips organized in exotic places, or the bronze meetings in the moonlight. 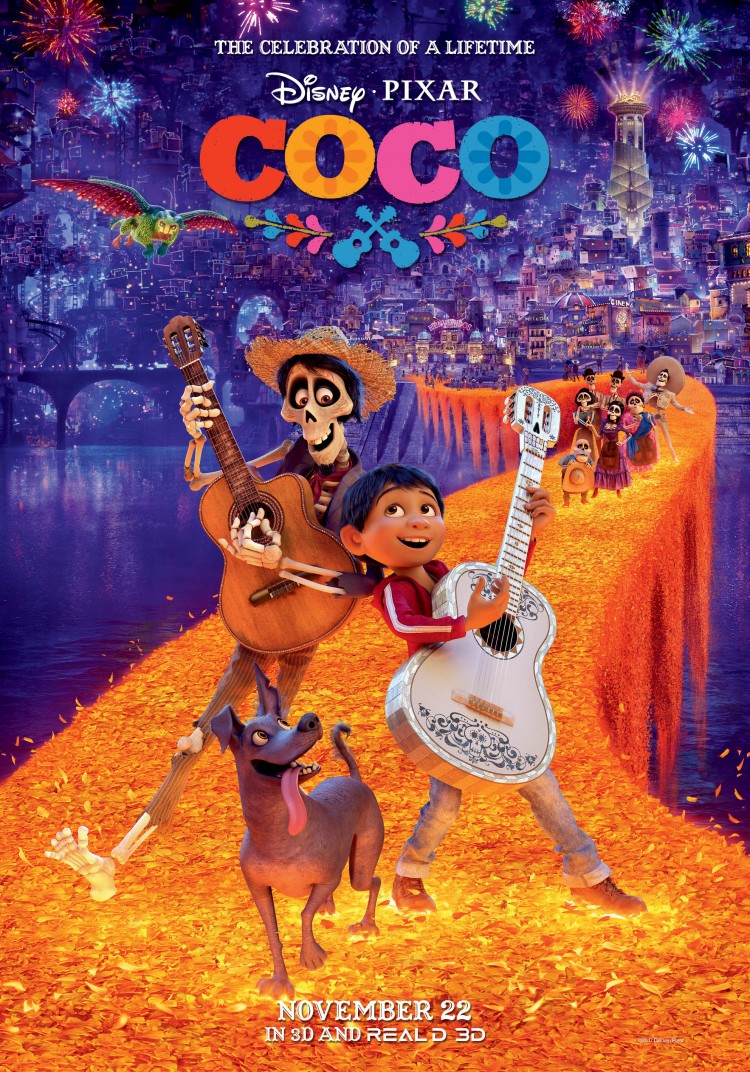 Although music has been banned in his family for generations, the young Miguel dreams of becoming a real singer, just like his idol Ernesto de la Cruz. Desperately trying to prove his talent, Miguel finds himself trapped in the stunning and colorful Land of the Dead. There, he meets the charming Pezevian Hector. Together, the two new friends embark on an extraordinary journey to unravel the mystery hidden for generations 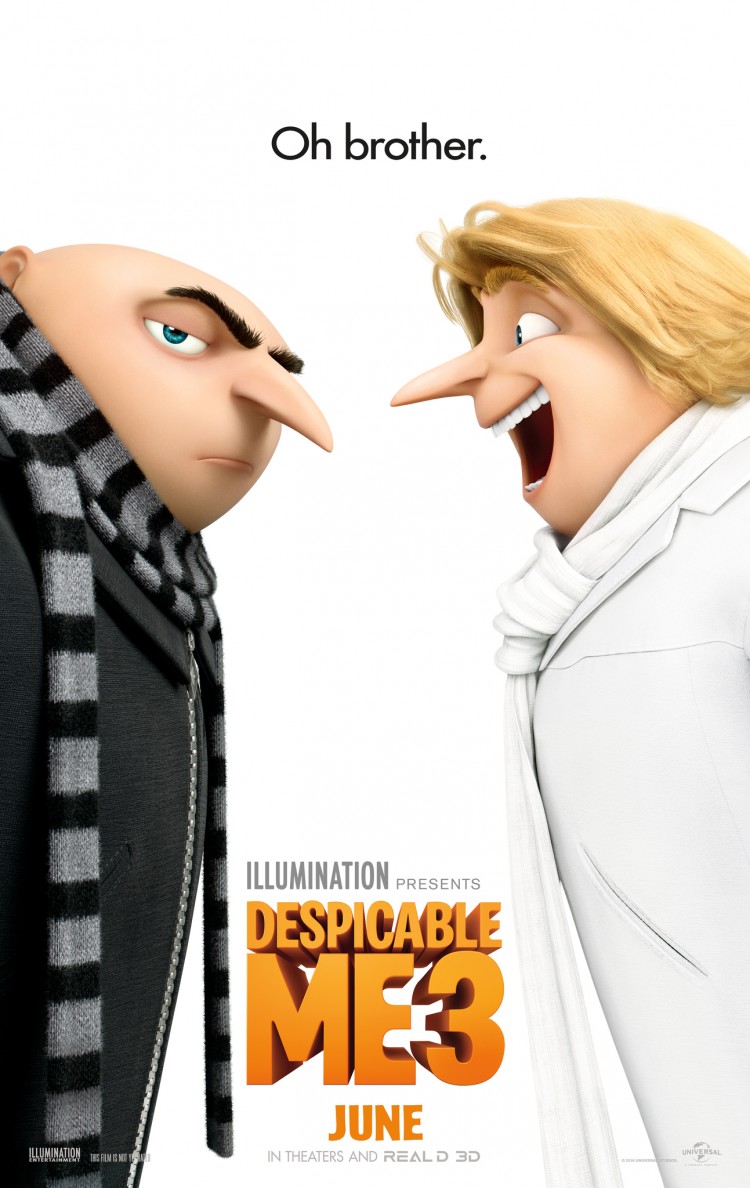 The team that brought us to the big screens I'm a little bastard, as well as two of the most successful animations from 2013 and 2015, I'm a little bastard 2 and the Minions, returns to continue the adventures of Gru, Lucy, and the adorable their daughters, Margo, Edith and Agnes, alongside, of course, the cute Minions. 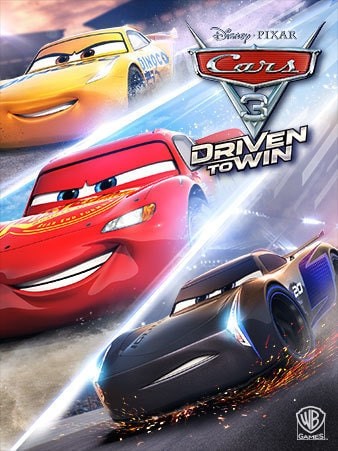 Taken by surprise by a new generation of racing cars, the legendary Fulger McQueen is taken out of the sport he loves. In order to return, he will need the help of a skilled mechanic, a well-developed plan and obviously a lot of luck. 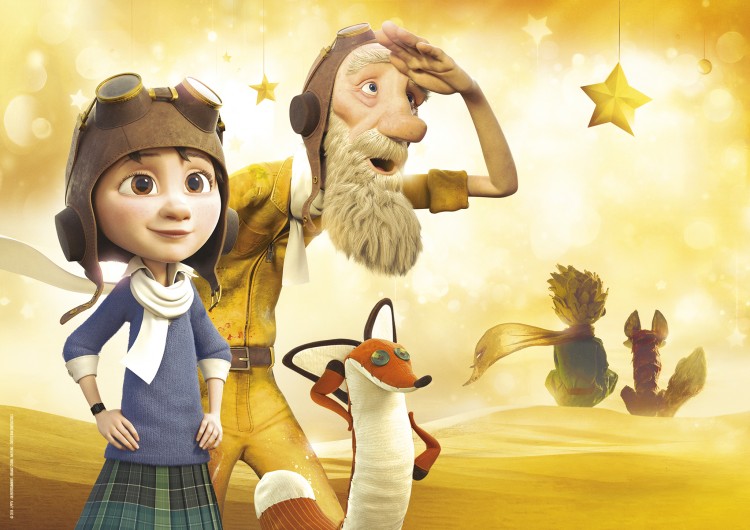 Little Prince is one of those stories you enjoy as a child, being one of the most beloved stories of all time. Mark Osborne, the Kung Fu Panda director who was nominated for an Academy Award, came up with the first animated adaptation of Antoine de Saint-Exupéry's legendary masterpiece, The Little Prince. 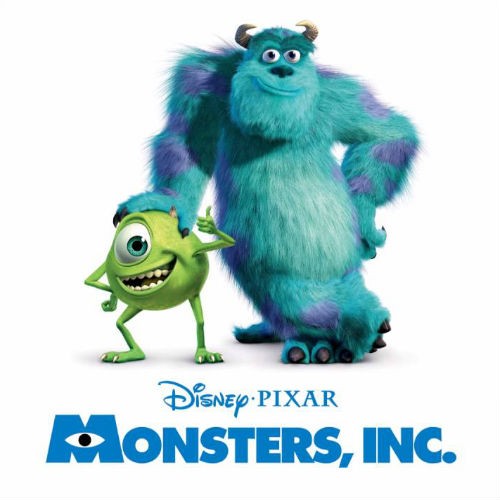 All members of this company believe that all children are toxic, any direct contact with them is forbidden. But one day, from a mistake by Sully, the most appreciated of the monsters that scares children, a little girl named Boo follows him in the world of monsters in the company. Thus, in order not to lose her job, Sully must find a way to fix the mistake made and to send the little girl back to her world.

An underwater adventure in which the fun and adventurous journey of two fish - Marlin and his son, Nemo - are set to be separated at the Great Barrier Reef. Nemo is suddenly taken from the ocean and arrives at the aquarium of a dentist in Sydney Harbor. Together with a reliable friend, but suffering from short-term memory loss, named Dory, Nemo's father embarks on a thrilling adventure to find his lost son. And during this time, his son does everything he can to escape the aquarium and return to the ocean.

How to train your dragon 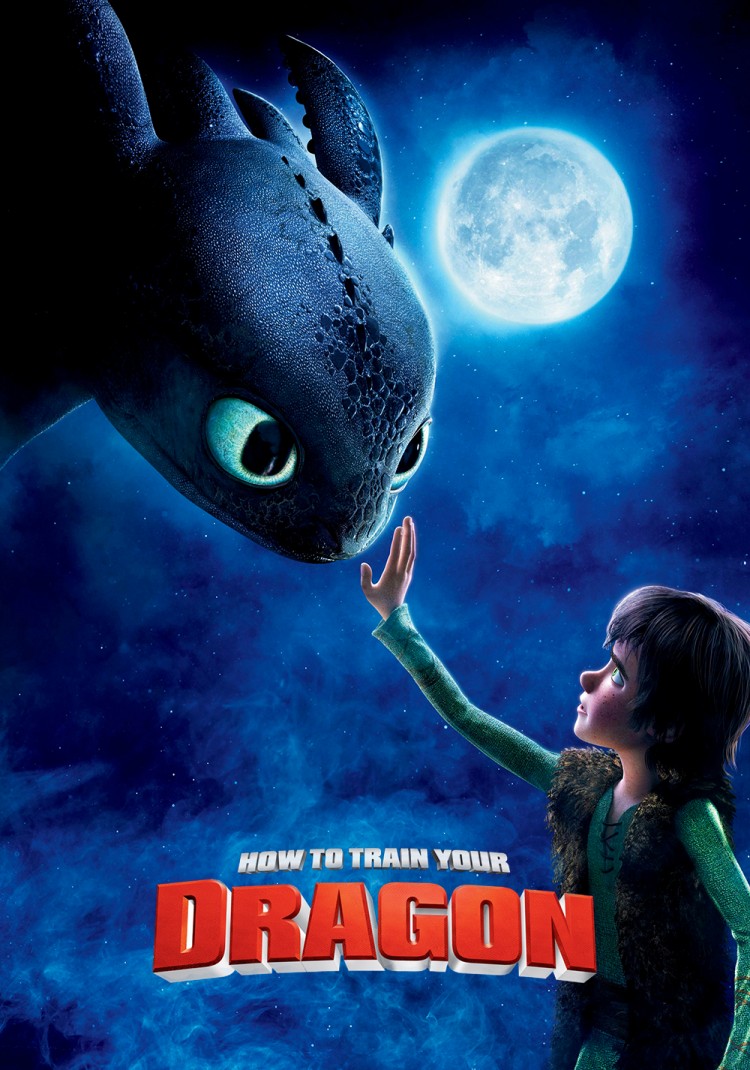 Hiccup, the son of the leader of the Vikings on the island of Berk, seems the weakest Viking of all the inhabitants of the island, inhabitants in a permanent war with the winged dragons. With a not exactly clumsy physical appearance and other preoccupations than the young Vikings like him, he is the target of all the ironies and a permanent disappointment for his fearless father. At the age when he has to prove his manhood, Hugh must kill his first dragon and show that he deserves to be his father's son. Hugh gets to befriend the most feared of the dragons who gives him a name, Toothless. The unexpected friendship between the two and the adventures they live together will forever change the fate of Berk Island. 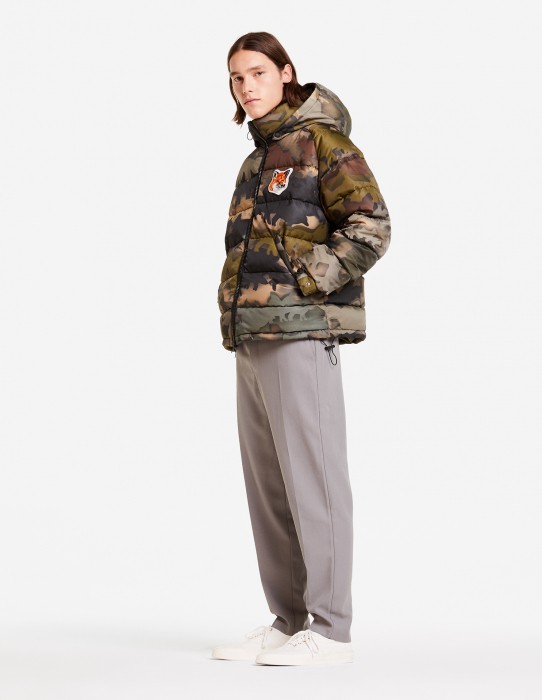 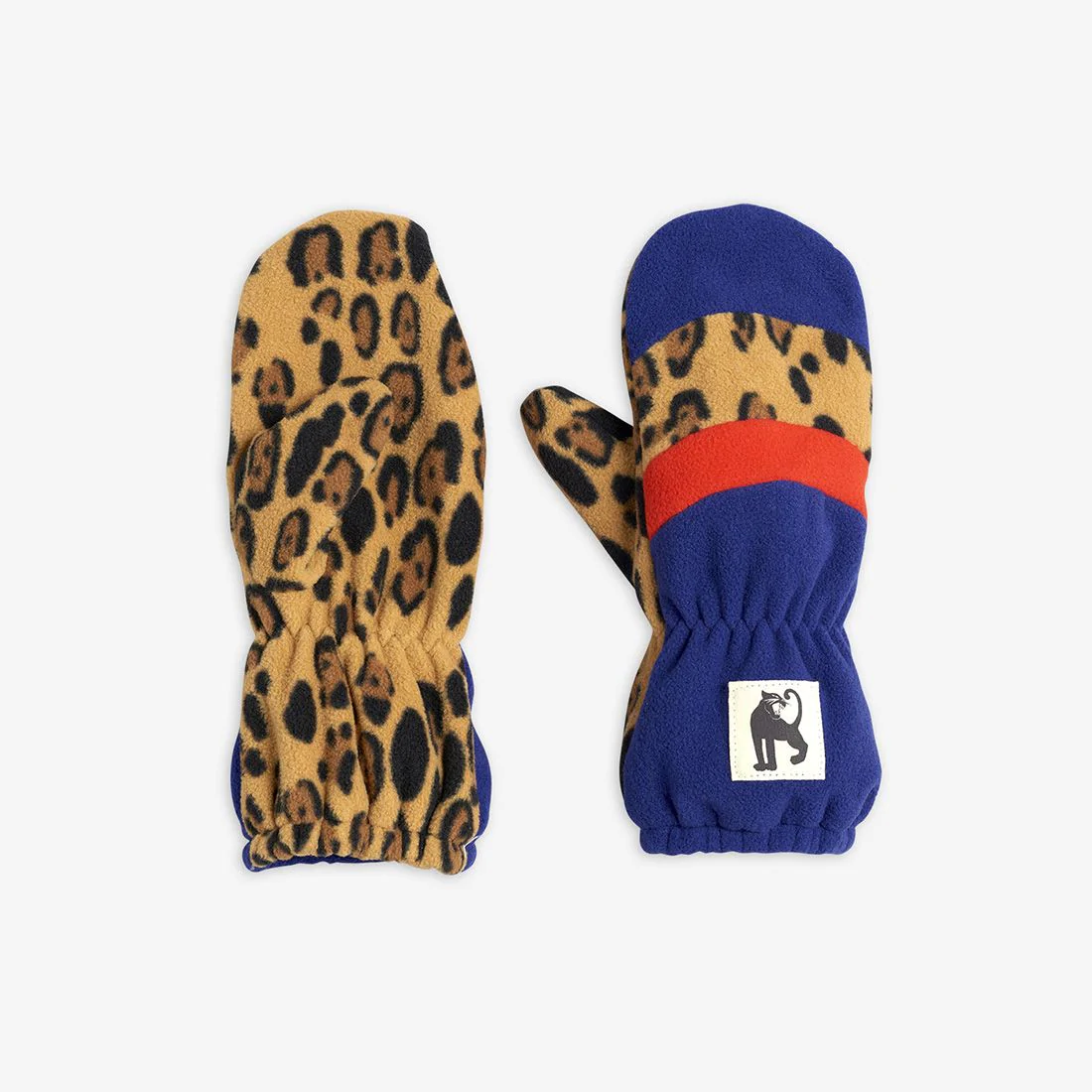