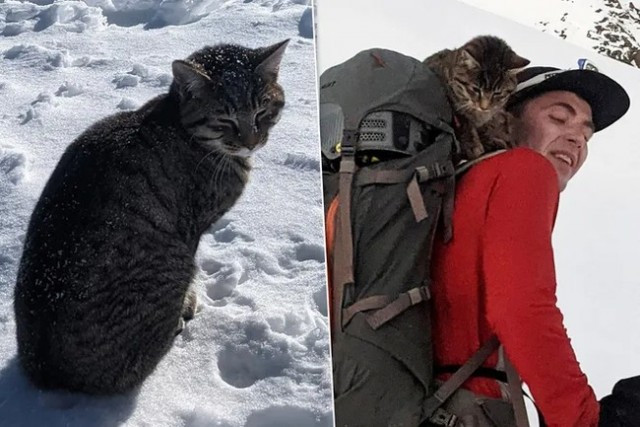 An amazing story happened to the brothers Cyril and Eric Rohrer from the Swiss city of Sachseln, when in mid-April they decided to climb Mount Britsen, writes the Daily Mail. On the way to the snow-covered peak, the guys suddenly heard a loud "Meow". It is not known how a young kitten ended up on a steep slope far from civilization, but when she saw people, she immediately hurried after them. The animal was very frightened and did not lag behind the climbers, who continued to move along the route, not a step. 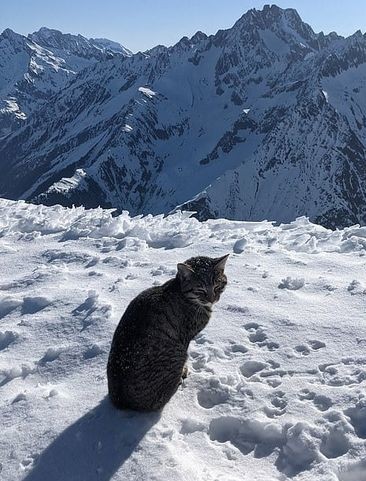 Climbing Mount Bristen is the longest ski tour in this part of Switzerland. Cyril said they began to climb from 800 meters to sea level. They had to go up another 2300 meters. The brothers found the cat at 4.30 in the morning at around 1200 meters. It was not very convenient to climb the mountain with the "additional weight", but the climbers could not leave the animal in trouble, so they walked with the cat to the end. She was trembling, and her legs, damaged by the hard snow, began to bleed. To make it easier for the unfortunate animal, the guys took turns carrying her in their arms or in a backpack behind their backs.

The day was not at all as planned. The men felt sorry for the cat, which by the end of the climb was completely exhausted. Fortunately, on the way of the climbers there was a group that had already reached the peak and was now descending. Cyril and Eric gave the animal to them and asked to take care of it. 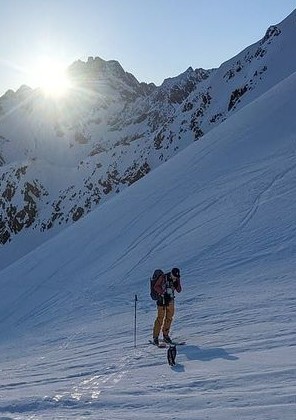 Later, the guys found out that the cat disappeared from the house four days ago and somehow wandered onto the side of the mountain. For two days she, together with other climbers, climbed to the top, having conquered the peak three times! “Animals are strange creatures. And much more resilient than humans. They never give up, even if they feel very bad, ”one of the brothers commented on the incident. Fortunately, the owners of the cat were quickly found, and the furry climber was immediately returned home. 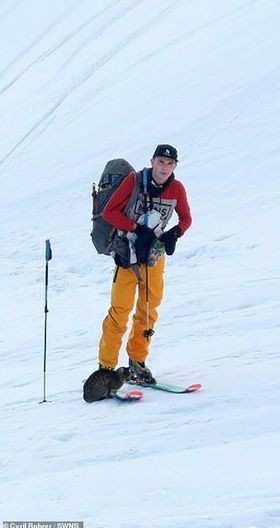 Can I take it home? 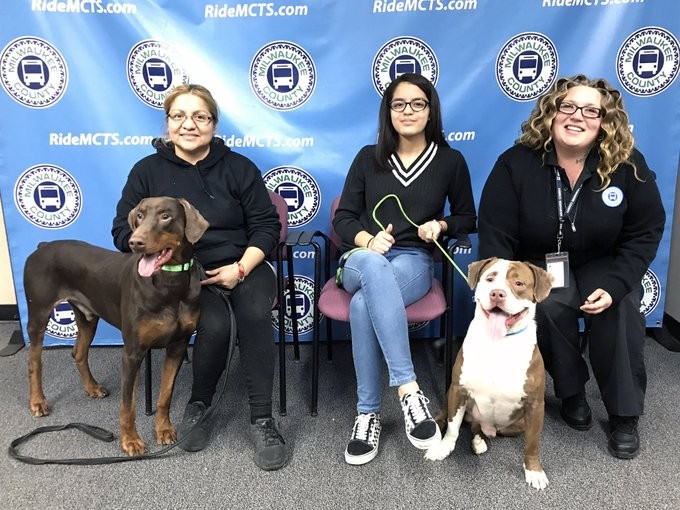 The loudest weapon ever heard 😂 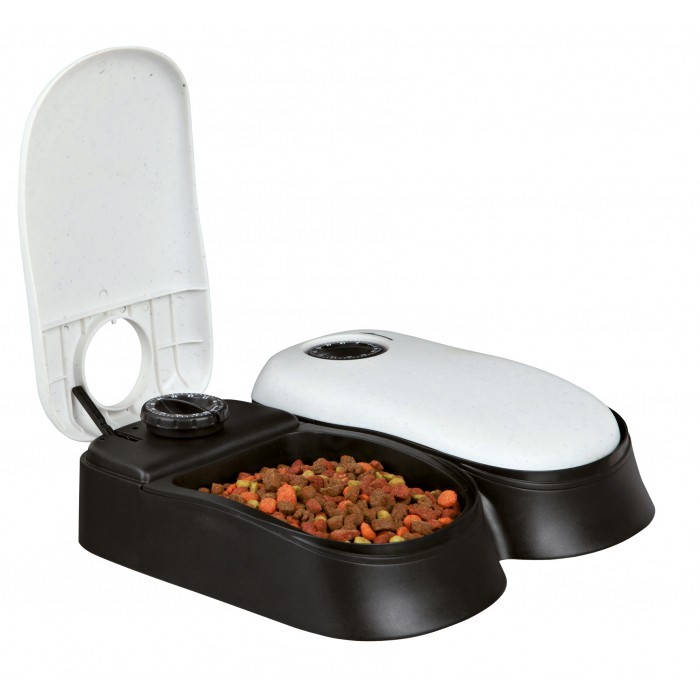