Did you like the series "Squid Game"? If so, then these 4 movies are for you (Video) 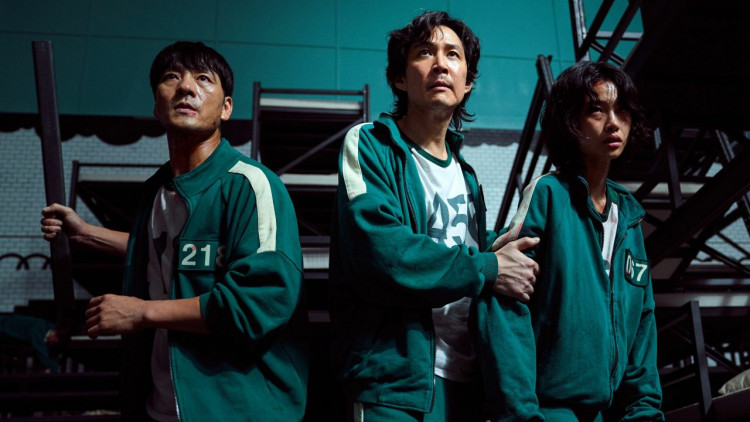 Launched in the first half of September, the series "Squid Game", managed in a relatively short period of time to become one of the most watched series on the Netflix platform.

Produced in South Korea, the phenomenon series "Squid Game" follows the story of strangers who are brought to a mysterious island, where they must meet a series of challenges. The final stake of the game is a prize of 38 million dollars. Of course, the evidence is not easy at all.

Therefore, if the first season was not enough for you, we have some recommendations that may be exactly what you need. Below you will find four series that you must see, if you liked, "Squid Game":

Sweet Home is another Korean drama, which tells the story of a group of people who end up in prison in an apartment complex while the rest of the world turns into monsters. But what is even more interesting is that these monsters reflect their inner demons. The group must put aside the differences in order to stay alive.

3% is a Brazilian series and follows the story of teenagers fighting for freedom. It's just that this action takes place in a dystopian society. Here, the characters have only one chance to live the life they dream of. Because in this world, only 3% of society lives in an island paradise, otherwise, everyone else who wants to get there, must pass the "Process", a series of tests designed to prove the value their. These tests are numerous and can be both physical and mental.

This may be one of the most similar series to "The Squid Game". It's about a group of people who have to solve a series of games if they want to survive. This Japanese series follows a video game enthusiast, and his two friends, who end up being thrown into an alternate version of Tokyo. Even if this series does not focus on competition, the characters have to solve a series of puzzles to stay alive.

Kingdom is also a South Korean drama, the action takes place in the Joseon period. The series follows the story of a crown prince, who begins an investigation to discover the source of a mysterious disease, which has begun to spread in the country. The series will surprise with its scenography, scenery and an extremely talented cast. It should be mentioned that it is a pretty bloody series. 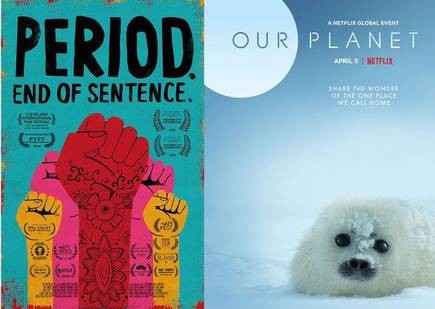 Among them are 8 creations of Our Planet about the beauties of wildlife and rare animals.

Netflix decided to help all students and just quarantined users and uploaded informative documentaries to YouTube. Anyone can see them.

13th is a film about the United States prison system, the history of national racial inequality, and the 13th constitutional amendment banning slavery and forced labor.

Abstract: The Art of Design (8 episodes) - about how modern designers work, what inspires them and what techniques they use in their work.

Babies (5 episodes) - a movie about the study of infants, the first year of their lives and important stages of development.

Chasing Coral - the disappearance of coral reefs through the eyes of a team of divers, scientists and photographers.

Knock Down the House - About political campaigns during the U.S. Congress election in 2018.

Our Planet (8 episodes) is a documentary series about the wonders of our planet, the beauties of wildlife and rare animals.

Period. End of Sentence is a movie about Indian women who learn to drive a machine that makes low-cost biodegradable feminine hygiene products.

The White Helmets is about volunteers in Syria who save victims of airstrikes from the wreckage.

Zion - a picture of Zion Clark, who was born without legs and raised in a foster family, but did not give up and found himself in a free-style wrestling.

New movies and series to watch on Netflix in October. They are perfect for the cold and rainy season (Video) 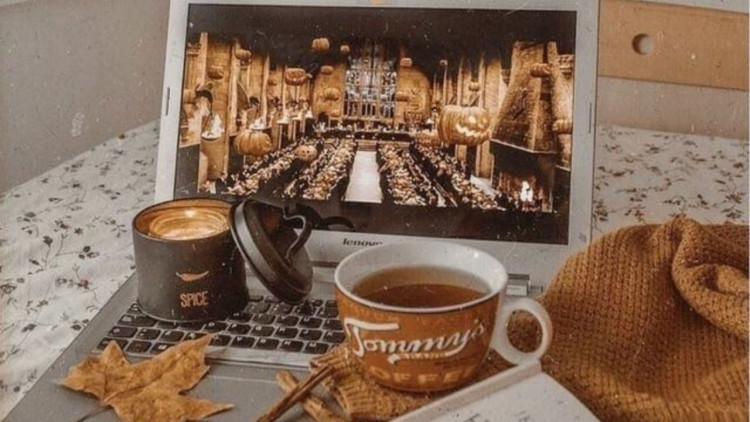 It's just the end of September and you're already bored of this weather? We know how it is! But the cold season also has its charm. What's more enjoyable than watching a good movie, or the new season of your favorite series, wrapping you in a soft blanket on a rainy autumn day? For this, Netflix comes to our aid with the coolest premieres!

The action of the film takes place during a single morning at an emergency dispatcher. Operator Joe Bayler, played by Jake Gyllenhaal, tries to save a caller in grave danger, but soon discovers that nothing is what it seems, and the only escape is to find out the truth.

An intimate and very emotional vision of the tumultuous life of Princess Diana in the form of a musical, filmed just before the premiere of the show on Broadway.

The 10-episode mini-series tells the story of Alex, a single mother who becomes a housekeeper after leaving an abusive relationship, trying to survive every day, without even having a roof over her head. The production is inspired by the autobiography on the New York Times bestseller list, entitled "Maid: Hard Work, Low Pay, and a Mother's Will to Survive," signed by Stephanie Land.

There's Someone Inside Your House

The producers of "Stranger Things" and "El Conjuro" bring us a new horror story. Six students preparing for graduation are being chased by a murderer determined to reveal their darkest secrets, terrorizing their victims while wearing masks that exactly reproduce their faces.

In the new season, Joe Goldberg and Love have moved to the suburbs and are expecting their first child. But will things be that simple? Will they be able to hide their past and lead a normal life among their new neighbors? 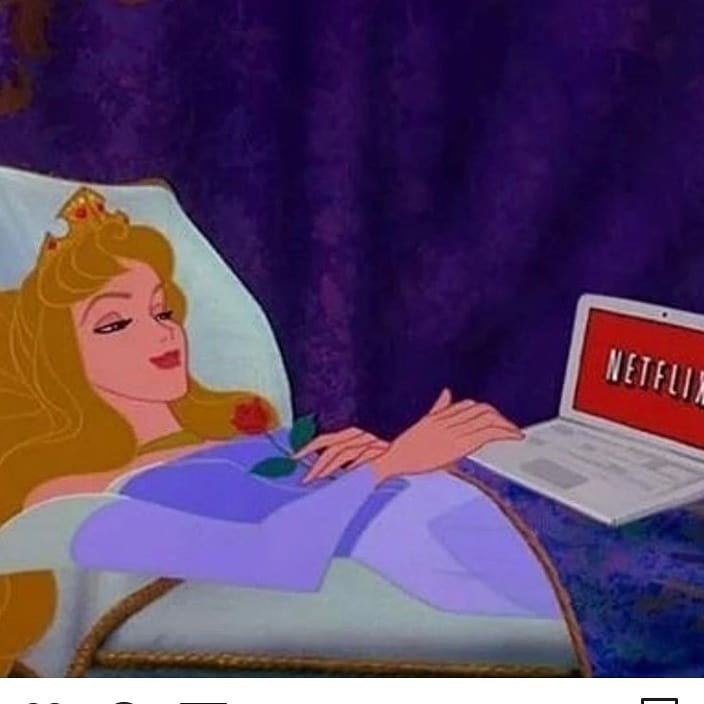 7 Netflix documentaries to watch for free 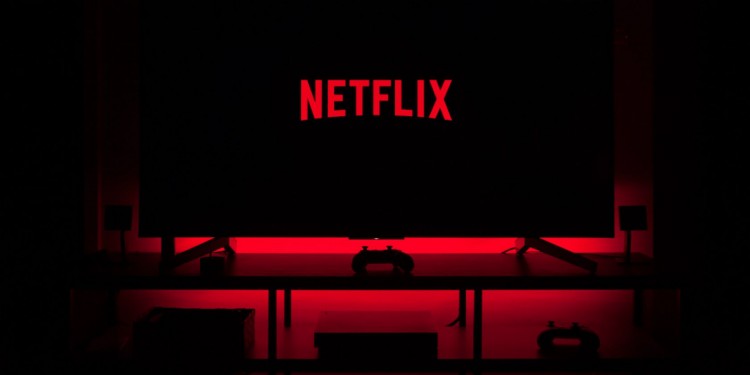 Netflix recently uploaded online for free some documentaries.  So if you are fed up with feature movies, there is something to distract. 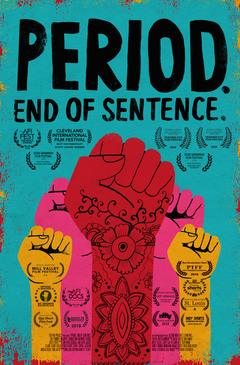 In rural India, there is still a belief that menstruation is bad blood, you can’t pray to God during menstruation, he doesn’t hear, and men don’t know anything about this process:

- Have you heard anything about menstruation?

- Yes, it seems to be some kind of illness. 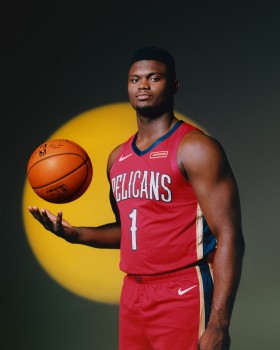 Zion is a sacred mountain from the Bible and the name of a boy who was born without legs, but was able to become an athlete. 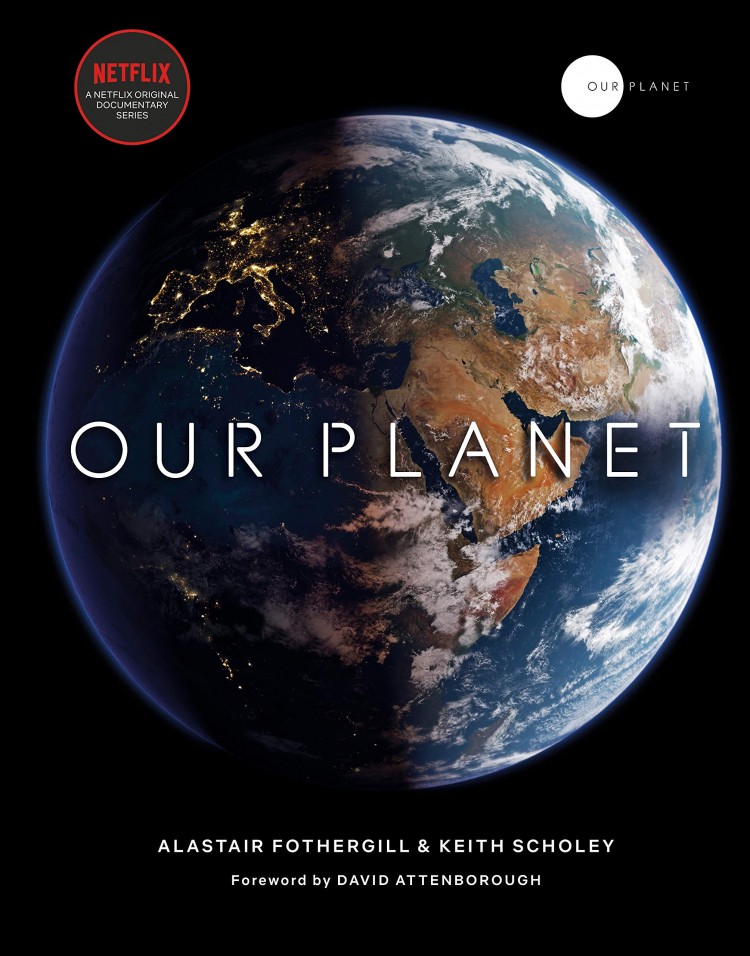 In 2019, Netflix made the documentary series Our Planet - and this is one of eight episodes.  Everything is in the best traditions of nature films: a beautiful picture, David Attenborough’s beautiful voiceover (he was one of the people who invented the genre of nature documentaries) and, of course, animals!

Explained. Why women are paid less? 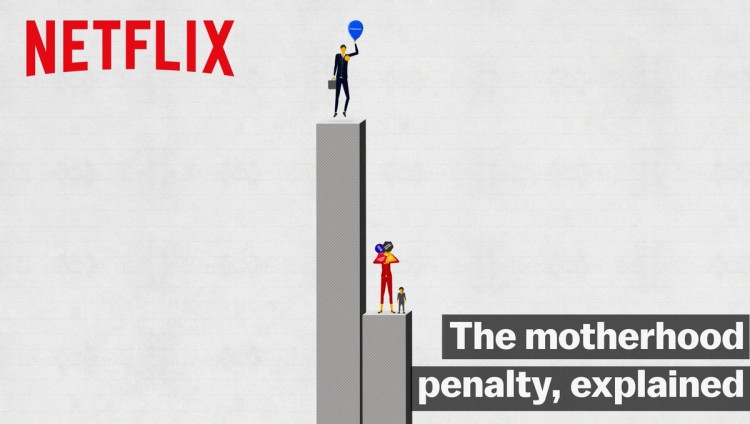 “When you go to the store, you do not get a discount because you are a woman.  You must pay just like everyone else. ”  Hilary Clinton, Iceland's Prime Minister Catherine Jacobsdouttir, and several other officials explain why women get less than men and how to fix it.  Spoiler: It's not just about discrimination; there is at least one other very good reason. 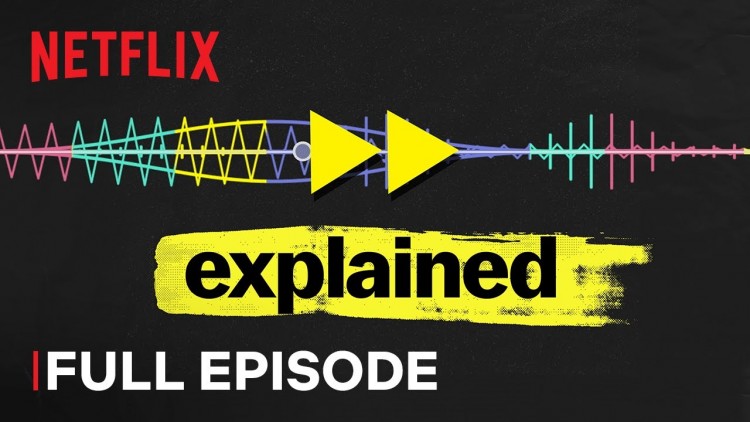 Music is such an obvious thing for us, but it turns out that there are still many mysteries in this topic that scientists are trying to solve.  For example, until 2009, they were sure that animals could not move to music, and then all their theories were broken by a video on YouTube, where a cockatoo dances to Backstreet Boys! 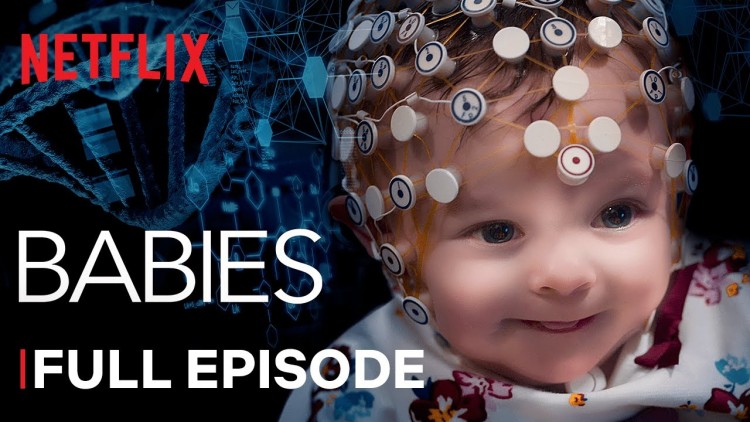 “First Words” is one of the episodes of the documentary series “Children”, which appeared on Netflix in 2020.  First of all, it is worth seeing for the sake of touching one-year-old kids, who flicker in the frame every now and then - they will fix even the worst day.  Well, as a bonus, you can find out how they learn to speak. 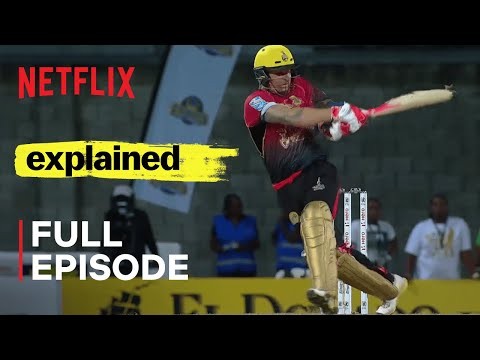 Cricket is not so popular, but self-isolation, Netflix and Stephen Fry, who participated in the filming, do their job: we watched this documentary short movie and now we advise you to do it.  You will learn from it that England, although the birthplace of cricket, is more popular in India, cricket can last up to five days, and in 2015, one billion people watched the match between India and Pakistan.  Not bad! 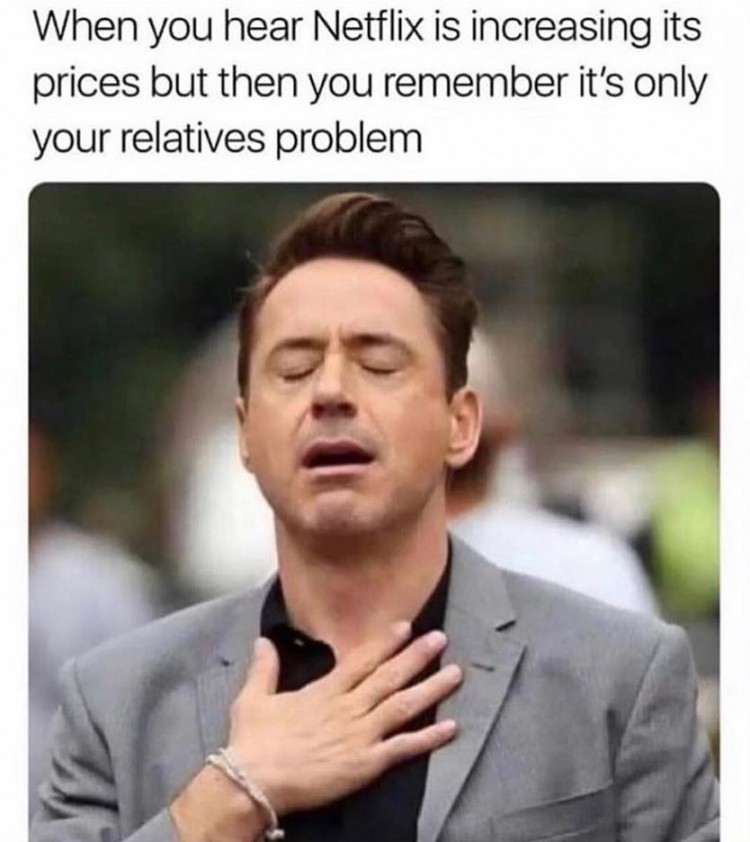