Love changes everything! Zodiac signs that have the chance to find the love of their lives in the winter of 2021-2022 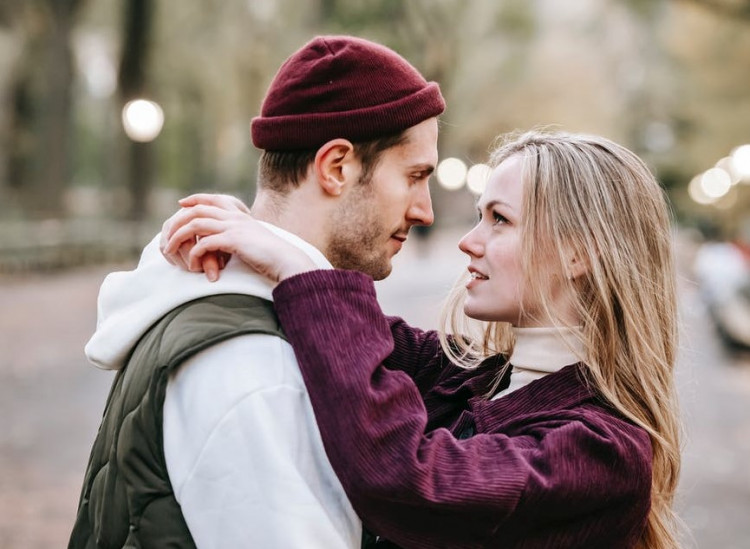 "Love changes everything,", and the stars partially agree with this statement. For at least three signs, the winter of 2021-2022 can be an emotionally fortunate time.

Although we refer mainly to the winter months December-February 2021-2022, in the case of some auspicious planetary influences can make their presence felt as early as November 2021. So, if you are among the zodiac signs below, be prepared from November to meet your soul mate, for a proposal in an unexpected marriage or to be with your loved one for as long as possible. 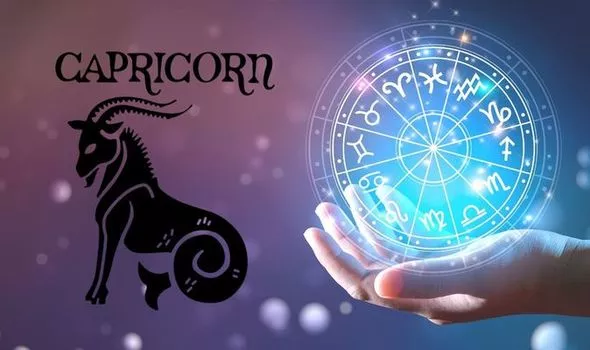 From a sentimental point of view, Capricorn will be in the next period in one of the best periods of his life. This sign is the head of the list in terms of good luck in love in the coming months, and if he has not already met the person of his dreams, he will do it soon. How? Through surprise meetings from destiny or a predestined encounter, which appears in your way out of nowhere. Capricorn will be like a shining star in the next period of time and all his previous misfortunes, failures or disappointments will be forgotten, so nourishing and beneficial is for him new love that will make its presence felt in his life.

His past wounds are bandaged, healed, so now is the time to move on with his life and build a harmonious future and family.

The cold season is a transformative period for him, a period in which he will find peace, joy and the desire to live with a person who loves him enormously. In turn, Capricorn falls in love to the ears. He feels that he has met a person who fully understands him, respects him and honors his feelings, accepts him as he is and who will be with him for better or worse. Next to this person, his soul feels at home, at peace and happy and he will not hesitate to ask her to marry him when he finds the right moment for both of them. 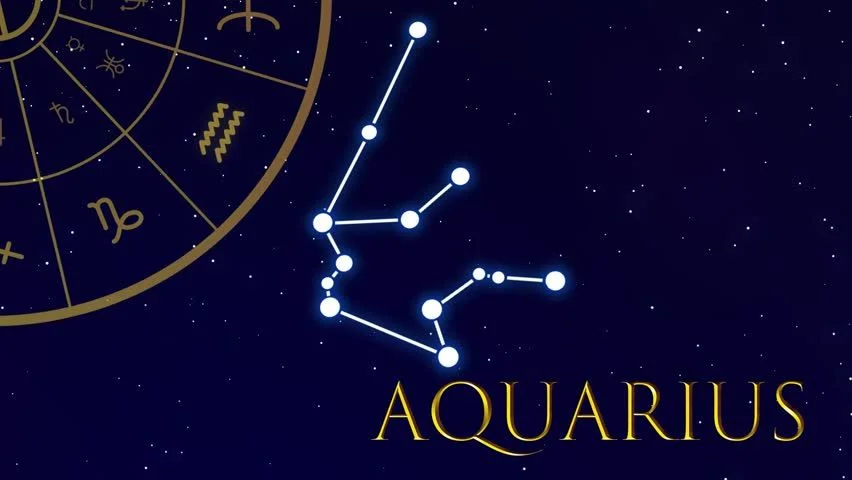 Healing and a new beginning in love The

bells of change and love have been ringing at Aquarius' door for some time, and if so far you have not been prepared enough for them to invite them with an open heart and with all your good will, things are at the opposite pole now. You have gained wisdom from your previous lessons, you have experienced much in the past, you have celebrated yourself, learning to leave behind the past and honor your own person and the true desires of your heart.

If until now you were not ready for a new beginning in love and you needed a period of healing to clarify your emotions and make peace with the past, slowly, slowly. you open yourself again to love and possibilities. You are again willing to love and give from the overflow of your generous heart and you will receive back accordingly.

Because you have launched the seed of your desire in the universe, expect fabulous opportunities in love. I know, maybe there's nothing on the horizon now, and you're skeptical of what we're telling you. But the period November-December can be the beginning of dream months for you. It is possible that a person from your past will return to your life, truly asking for your forgiveness and being determined to create the best future for you, or new opportunities for love to appear in your life and a completely new person. It is a comforting love, which regenerates you and raises your wings on your shoulders, makes you look at everything with different eyes.

Also, the meetings during this period are predestined meetings for Aquarius, so in the case of certain Aquarius, it will not take too long to say "yes", because the decision was made from the moment you met . Also, in order to receive the icing on the cake, some Aquarius will experience motherhood or fatherhood in the next period, an additional reason for happiness, exuberance, enthusiasm and confidence in the future and in love. 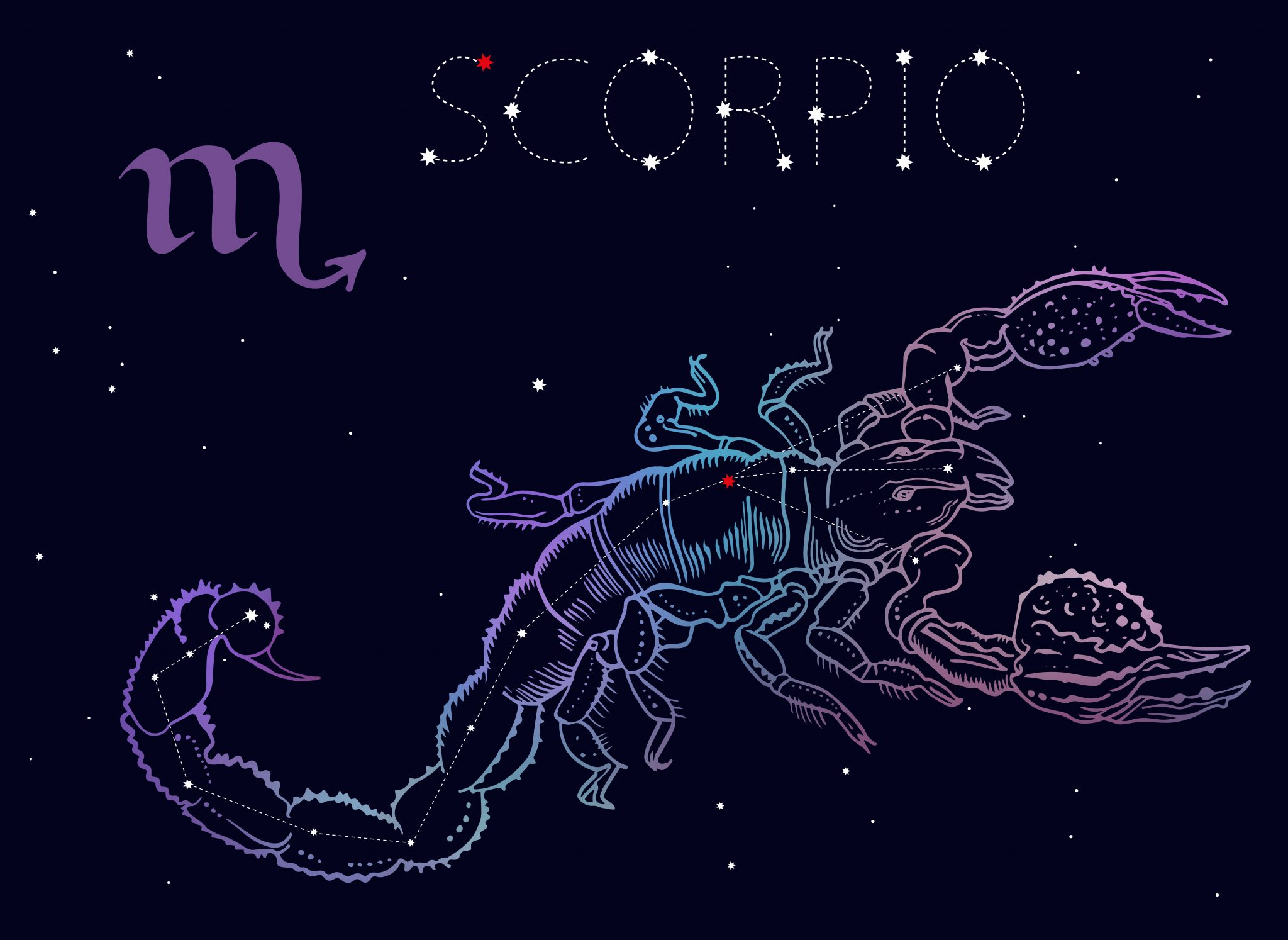 Although some native Scorpio singles are excited and it may seem that the winter is too far, love will come to them faster than expected. Trust yourself, the law of attraction and the magnificent orchestrations of the universe. In such harmonious and balanced circumstances, without making love an end in itself, love will come naturally, naturally and naturally.

Until then, enjoy everything in your life, no matter how small, and prepare the ground for a new flourishing love. Definitely break the bridges with the past, forget, forgive and smile broadly at the possibility of a new beginning. It may not be the tumultuous and passionate love you dreamed of (but who says you needed something like that?), But a calm and balanced one, but it will be exactly what you need. Even if the encounter with the person you dreamed of can take place in circumstances not at all unusual, even banal from your point of view (social circumstances), the emotions that the new love will arouse in your soul will be warm and strong and will grow in intensity as time goes on.

This person definitely conquers you with his inner beauty, with the nobility and freshness of his way of being, and your meeting seems to have been well orchestrated by the hands of destiny. Don't be surprised if in the first months of 2022 we are already talking about starting a beautiful marriage, moving together or buying a new, more spacious home for two. 2022 is a representative and lucky year for Scorpio, with an overwhelming impact on the coming years. 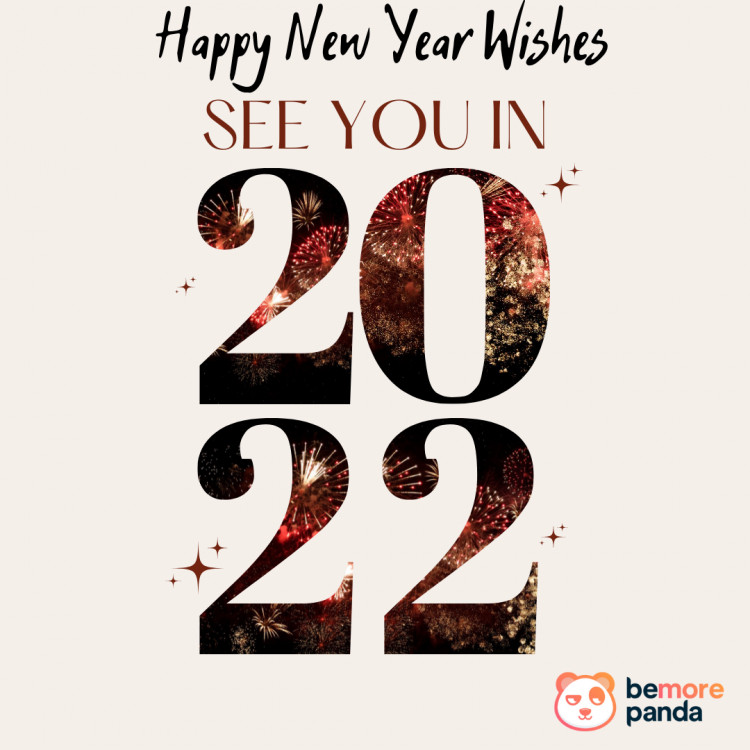 December 31 is a symbolic date that invites us to reflect on what the year meant to us and how we want it to be next year. There will certainly be good and bad times, but whether a good year has passed for us or not, there are people who have been there for us, giving us another year of love.

Although love for a person must be demonstrated throughout the year, this time is a special opportunity to show those people we care about that we think about them and that we wish them a happy new year.

Bemorepanda gives you a selection of the most beautiful New Year wishes and messages, so you can send those special New Year's thoughts to your loved ones, family and friends. 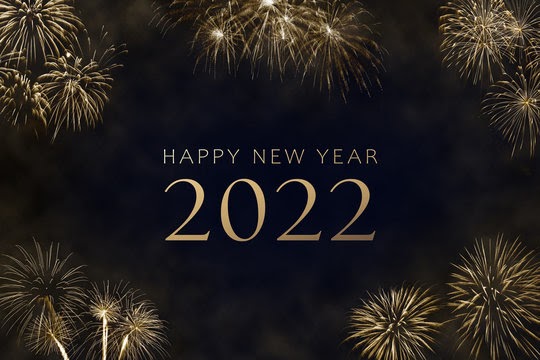 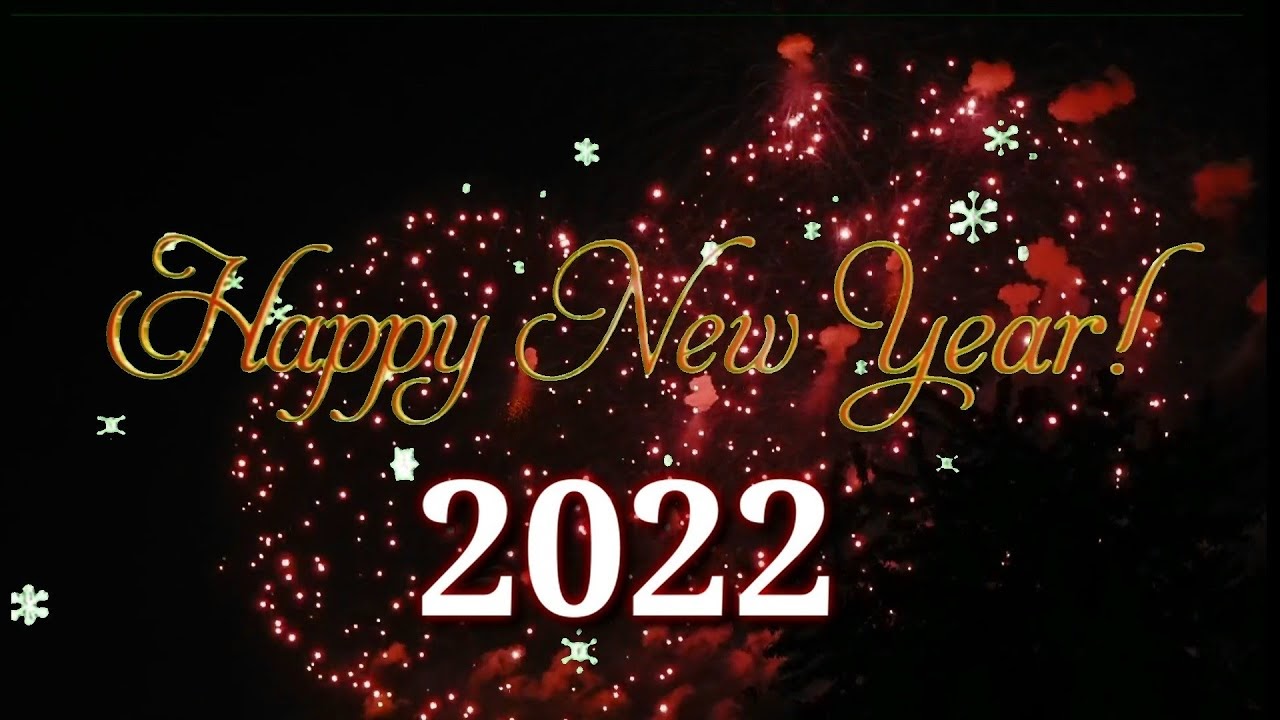 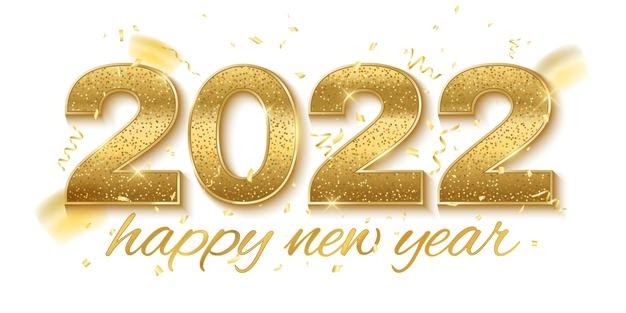 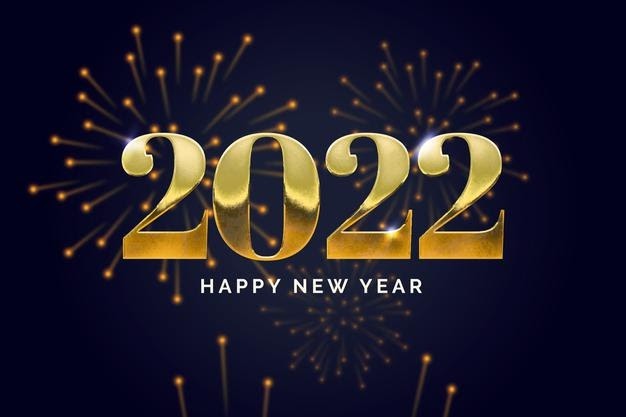 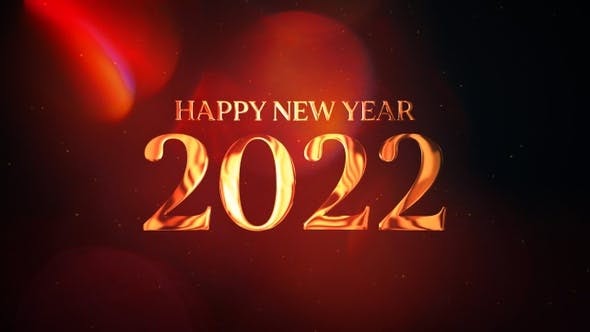 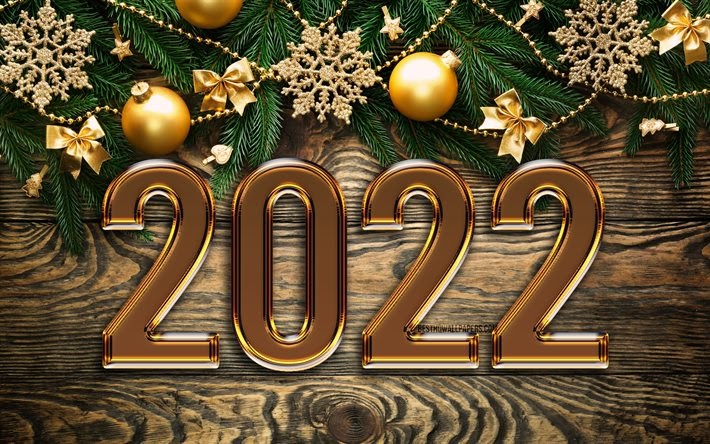 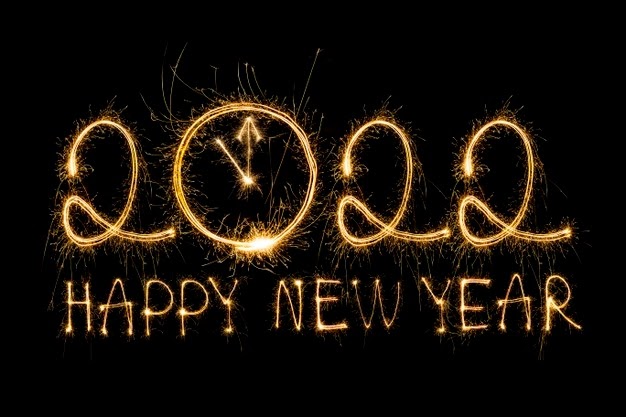 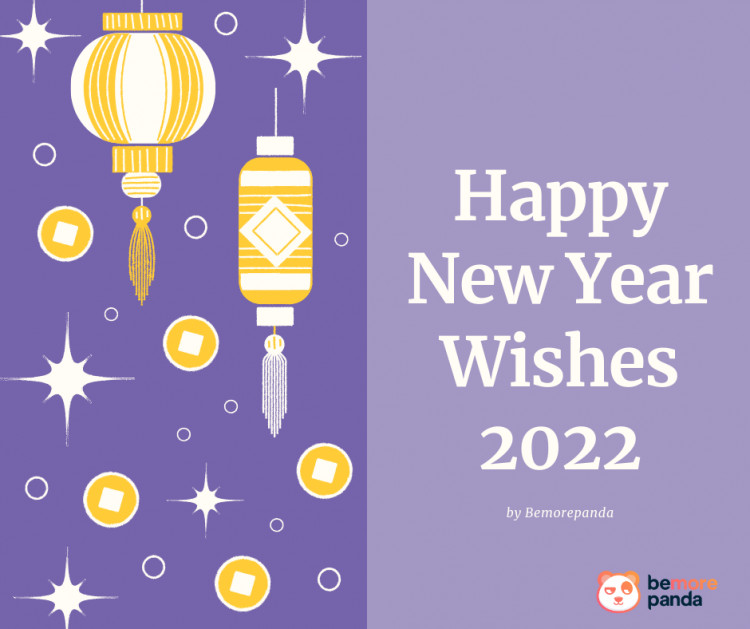 New Year's Wishes 2022 - the most beautiful New Year's messages, wishes and greetings. The end of the year is the best occasion to send New Year wishes and congratulations to your loved ones, colleagues, friends and family. After 12 challenging months, the New Year 2022 must be celebrated properly, with messages full of optimism, with unique wishes for the New Year 2022, with heartfelt or funny congratulations! Bemorepanda prepared for you the best wishes and messages. 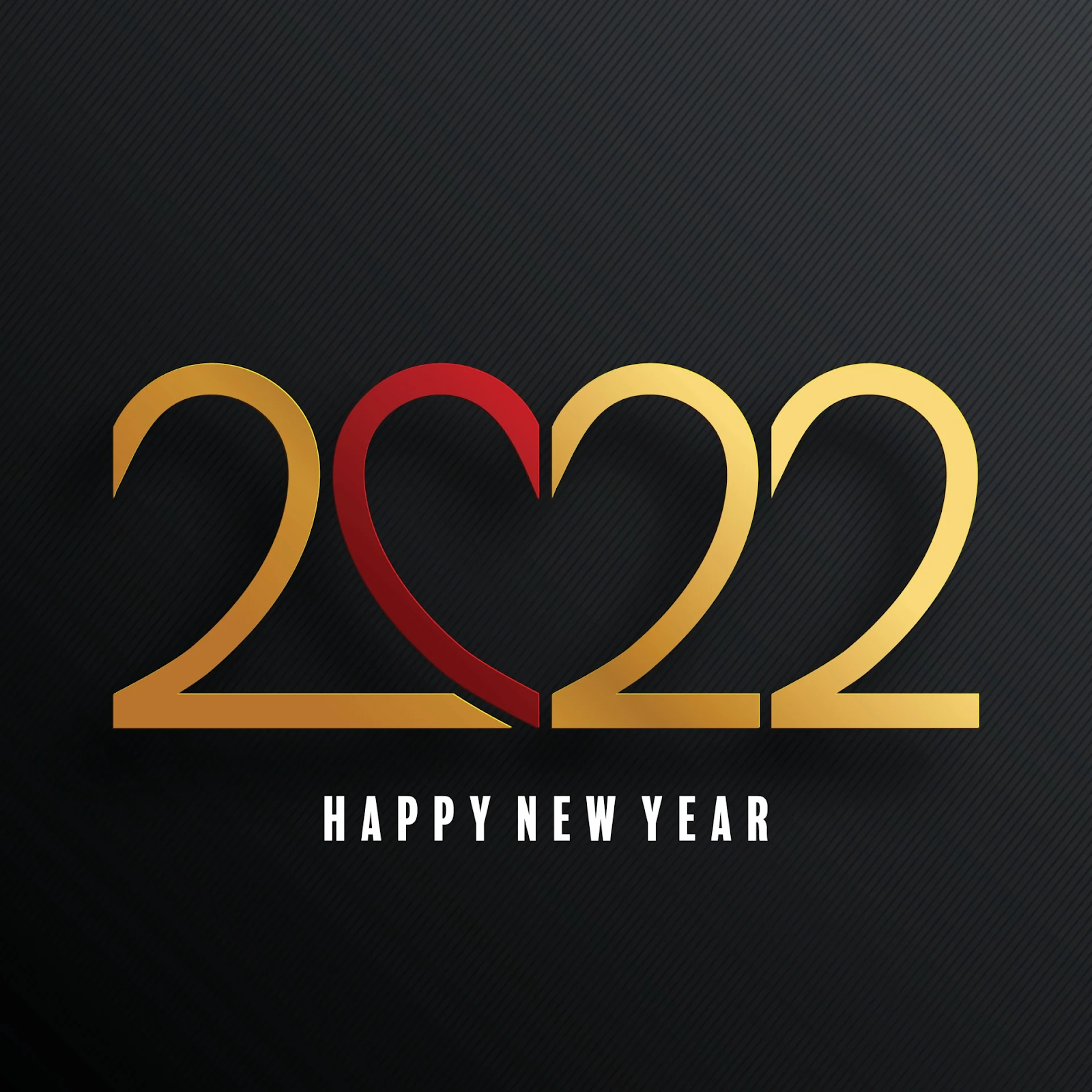 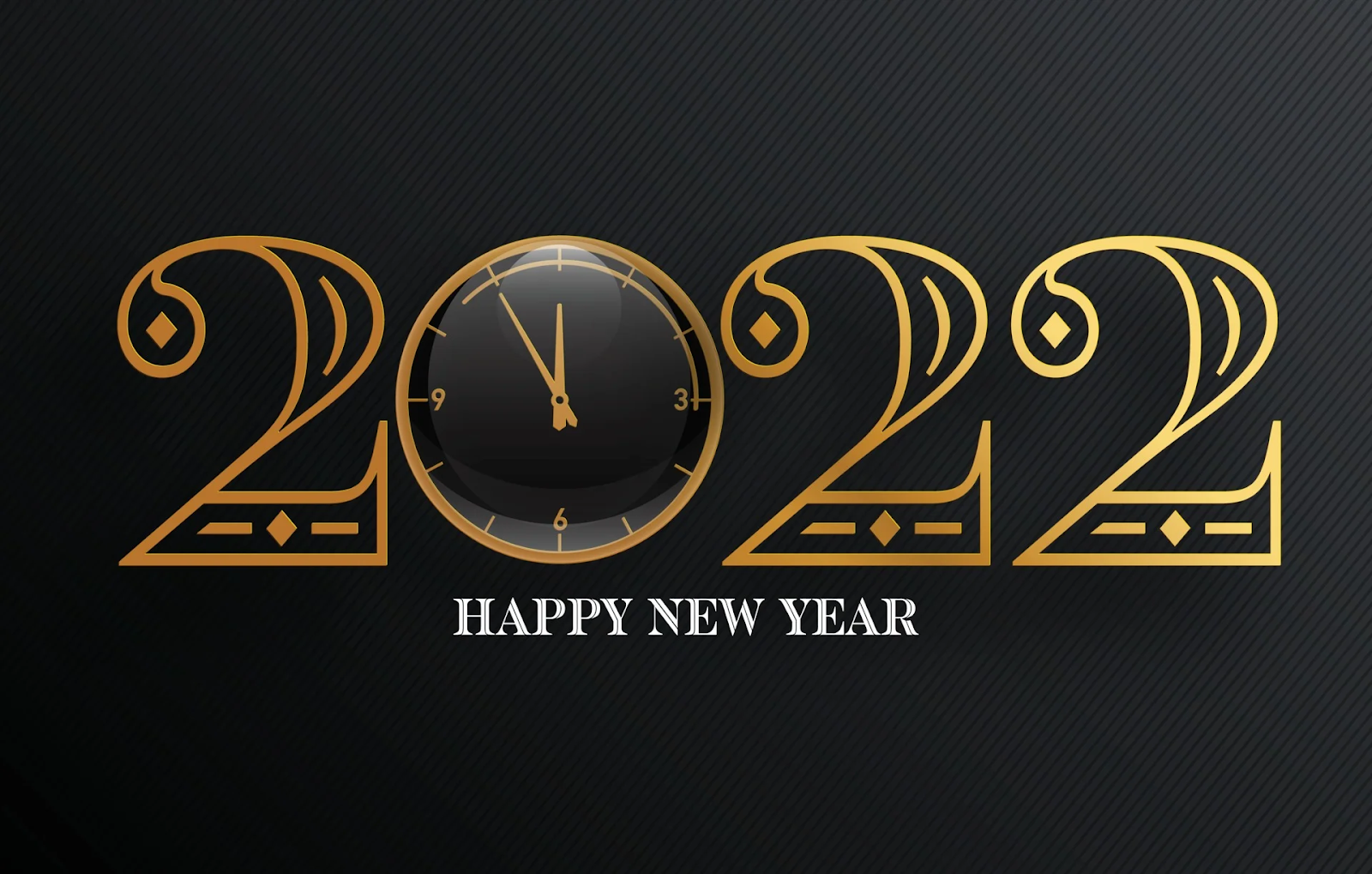 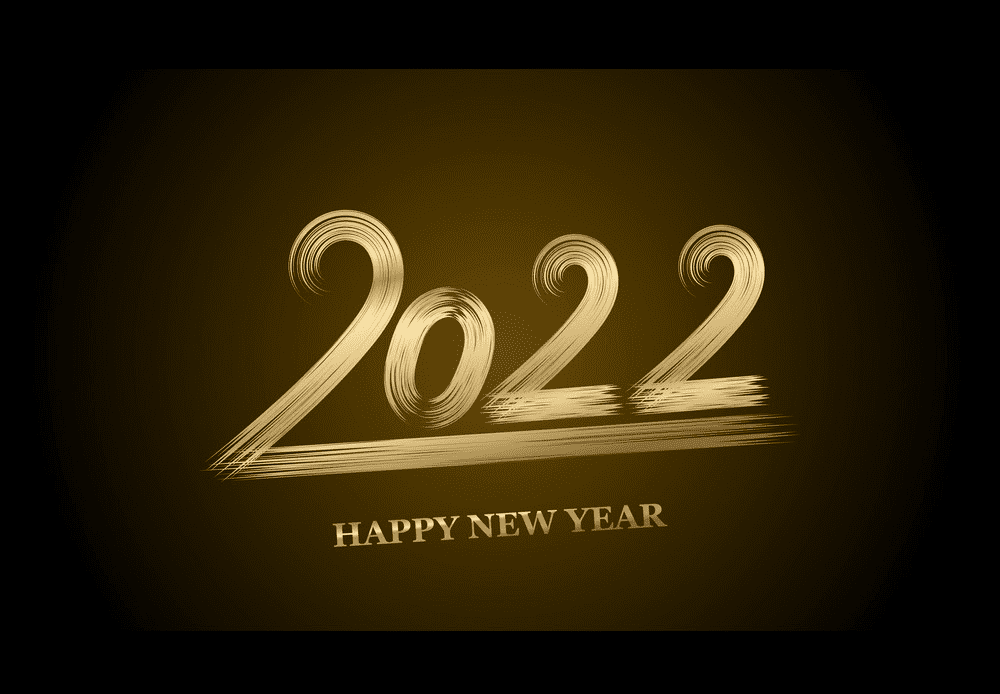 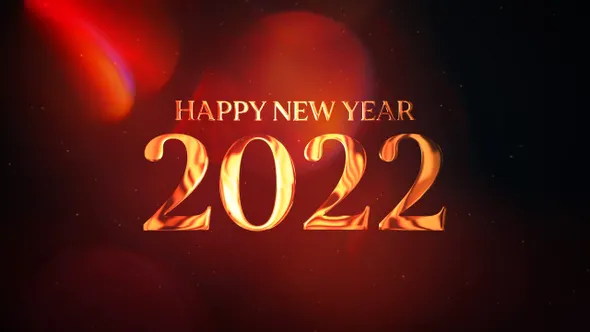 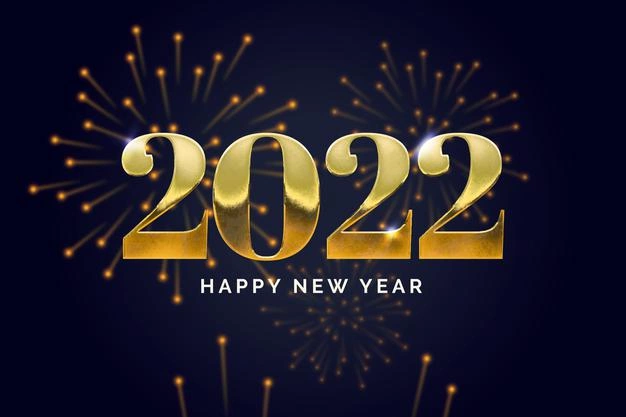 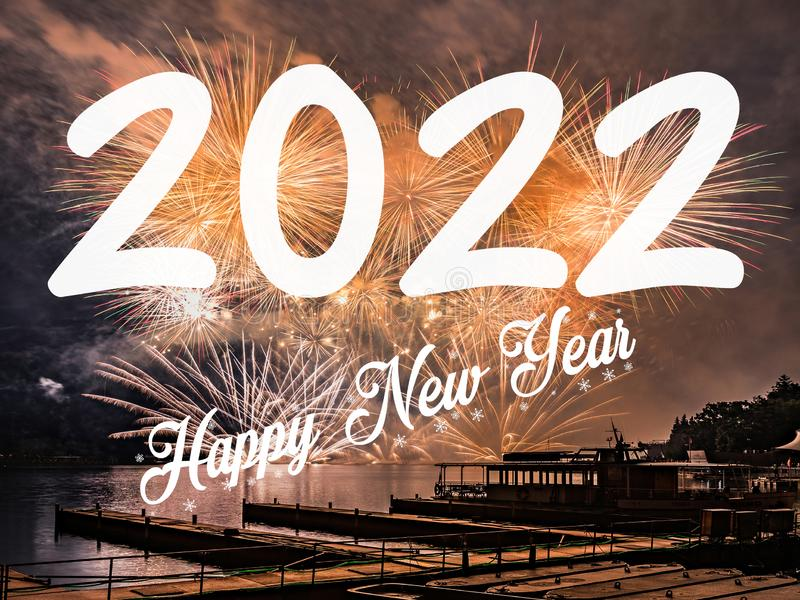 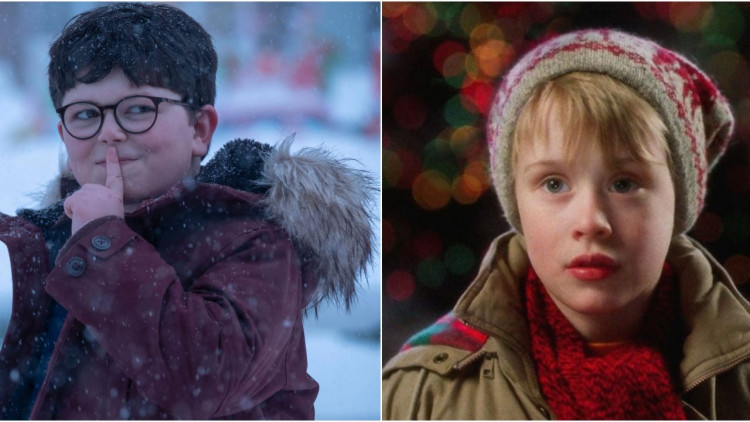 The first official trailer was released for the new version of the 1990 film, which became a cult hit, "Home Alone". In the new film, Macaulay Culkin is replaced by 12-year-old actor Archie Yates.

Industry sources say that Yates - who played the lead role in the Golden Globe-nominated film "Jojo Rabbit" - will not resume the legendary role of Kevin McCallister, but will play a new character included in the famous franchise.

The subject of the film repeats the popular 1990 feature film: the boy is forgotten by his parents before the Christmas holidays, and in the absence of parental control he enjoys freedom: he eats sweets as much as he wants and even offers harsh resistance to robbers who decide to rob the house in the middle of the holiday. 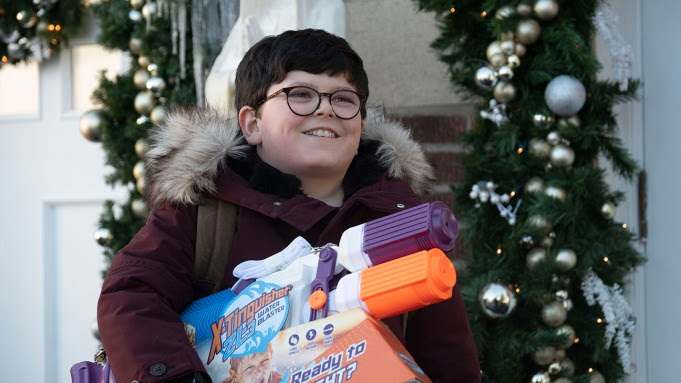 Macaulay Culkin, judging by the trailer, will not appear in the new version of the movie "Home Alone", but one of the members of the McCallister family will definitely return to the small screens. In one of the frames, the audience will see the older brother of the protagonist of the original film, Buzz, who has now grown up and become a policeman and patrols that area. 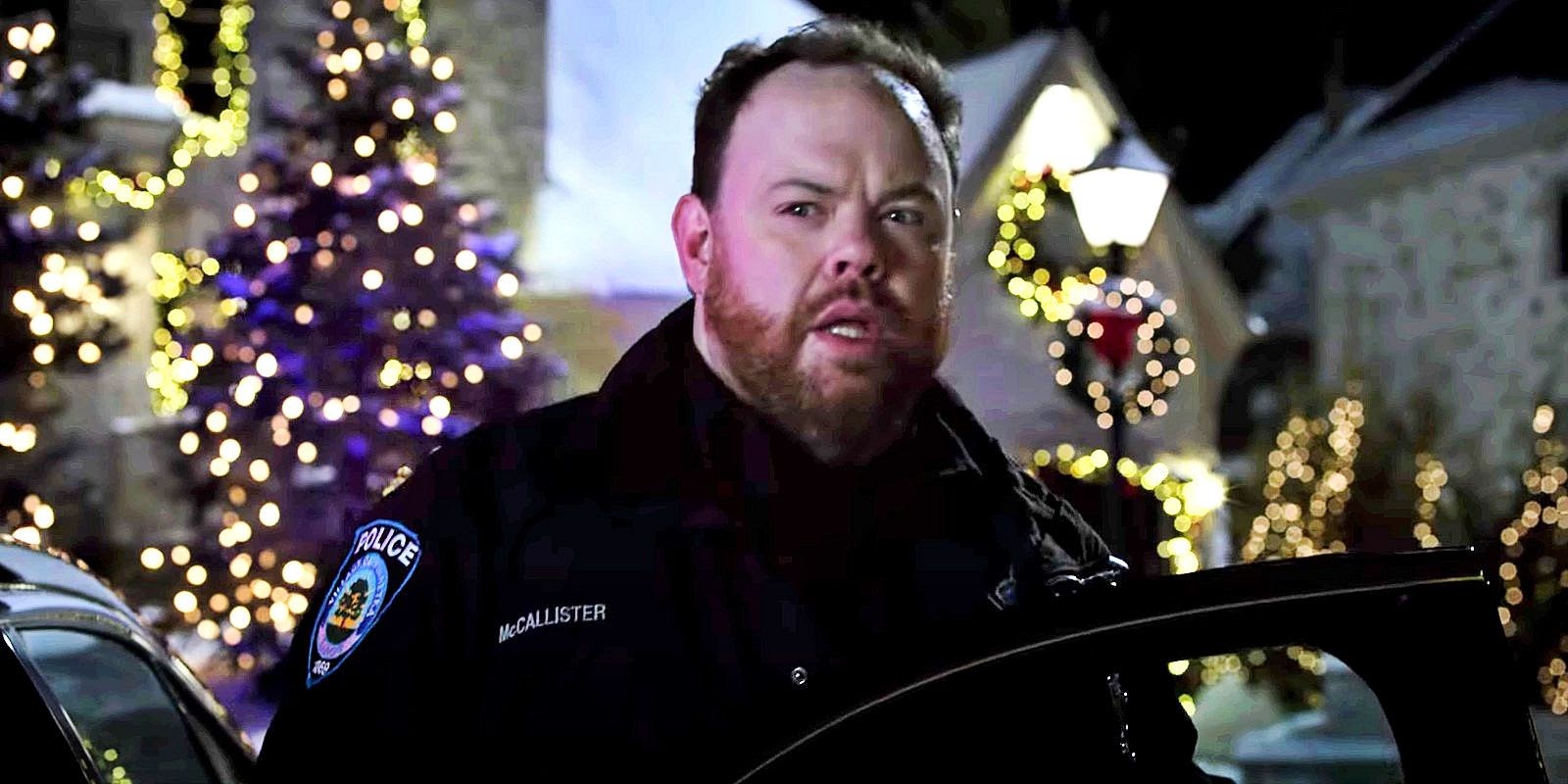 The director is Dan Mather, known to the audience for directing the films: "Bruno", "Bridget Jones 3" and "Office Christmas Party". The premiere of the new version of the film will take place on November 12 on the Disney + streaming platform.