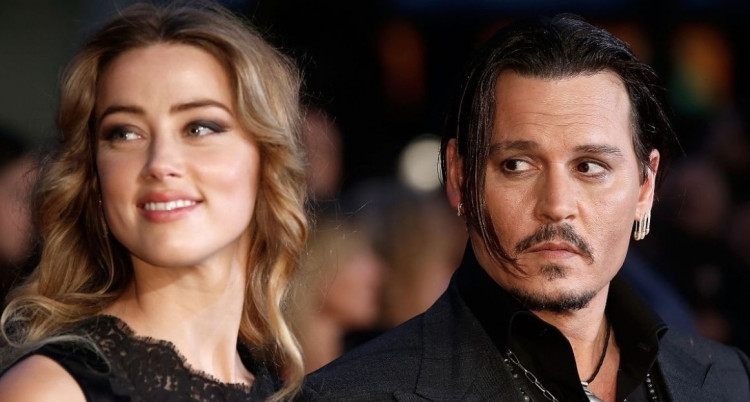 Since the Johnny Depp vs. Amber Heard trial started, the media exploded with moments from the court and more information on the couple's relationship. However, no one could anticipate the ridicule in the courtroom. Although Johnny's personality has enhanced the amusement of those present in court and the spectators, the trial is one of the ridiculous trials in history.

The defamation trial between Johnny Depp and Amber Heard is a never-ending source of entertaining television. Every day brings a fresh revelation that exceeds the expectations of courtroom TV fans, such as the news that Johnny Depp smokes cocaine with Marilyn Manson!

The most epic and dramatic marriage cases in history spin around Johnny Depp's trial case and his ex-wife, supposedly mentally deranged. Some would say the perfect combination for a comic drama. 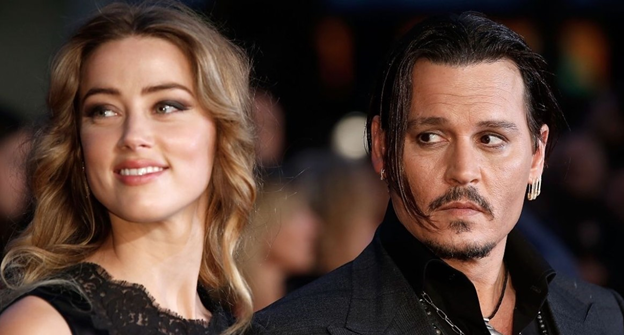 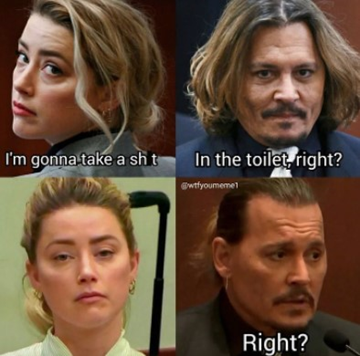 As the internet can agree, Johnny and Amber's relationship was anything but ordinary. After an alleged quarrel between the two, Amber Heard decided to play a prank on her husband. And in a moment of imagination, we assume that at the end of the digestion process, Amber pooped in Johnny's bed. The actress blamed the dogs for this incident. Johnny's response in court about this event was nothing but amusing: ,,They're teacup Yorkies. They weigh about four pounds each. (head shake) the photograph that I saw… I mean, I lived with those dogs for many years, that did not come from a dog; it just didn't."

2. And the Best Actress award goes to: 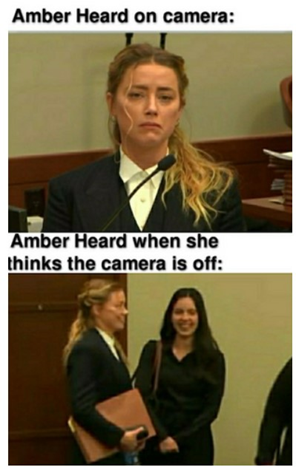 The internet has noted the juxtaposition of Amber's feelings during and after the trial. Some would say that the actress's facial expression was weird and creepy during the trial. Amber was surprised by the camera in the moments when she changed her facial expression anytime she noticed she was being filmed. 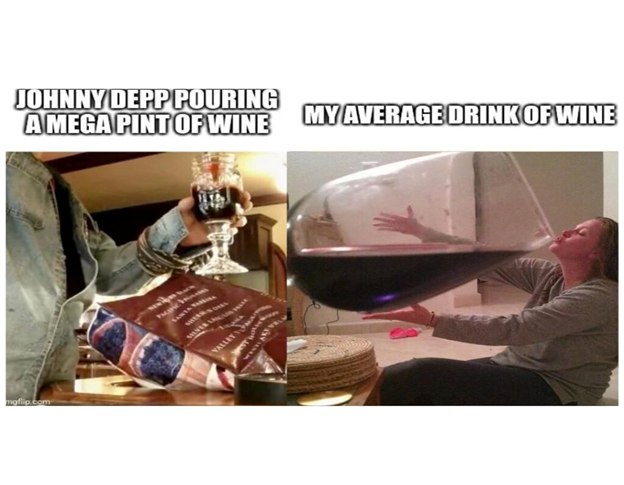 Asking him about the actor's excessive alcohol consumption, Amber's lawyer arouses Johnny's laughter when he asked if the actor ,,Poured himself a MEGA PINT of red wine" after a presumed fight with his wife.

Immediately the internet responded with various memes, and some fans even created a glass of Johnny's ,,Mega pint". 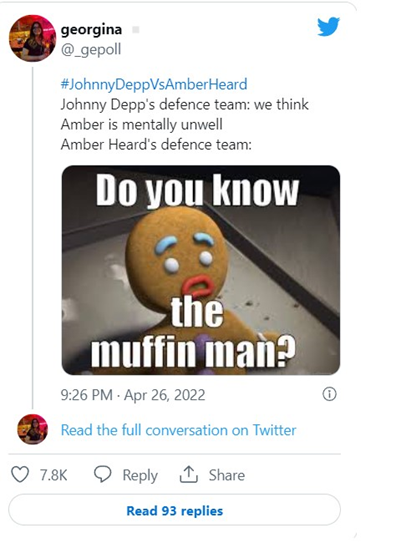 When Dr. Shannon Curry, a clinical and forensic psychologist recruited by Johnny's defense team to analyze Amber, joined the stand during the trial, muffins became a common element of the line of questioning. She was questioned whether she asked her husband to deliver baked pastries to the Aquaman actress on the day of her examination. Dr. Curry had requested her husband to "pick up the muffins for me" from a nearby bakery because she was running late that day. Amber was not the intended recipient of the muffins.

5. I think I would remember seeing Mr. Depp's penis." 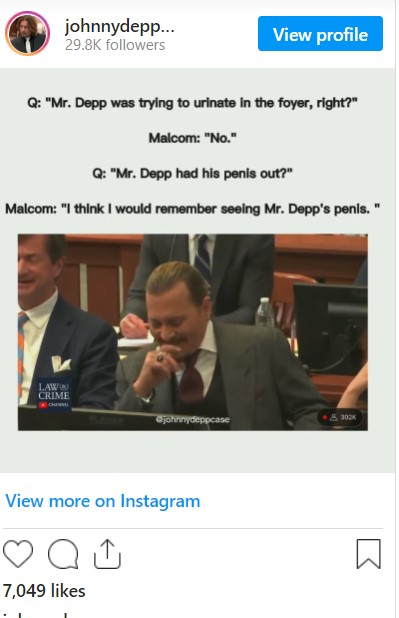 It's not quite a meme, but it's a great scene from the trial. These words have made the whole internet laugh. When Johnny's bodyguard, Malcolm Connelly, was called to testify to talk about a less favorable supposition about Johnny, it went a bit too far. Even Johnny is amused at the mention of his private parts.

Although the relationship between Johnny and Amber wasn't typical, we can undoubtedly say that it was the most bizarre, with an even weirder and hilarious ending than all the divorces of American celebrity couples.

The internet will remember this Johnny and Amber episode, and we can only laugh out loud and hope for more comic moments from the Hollywood drama.

Check our video for more funny moments with Johnny Depp vs Amber Heard in court.