They lived for 100 days on a desert island with a 9-month-old baby. The story of Americans stranded in the Bahamas because of COVID-19 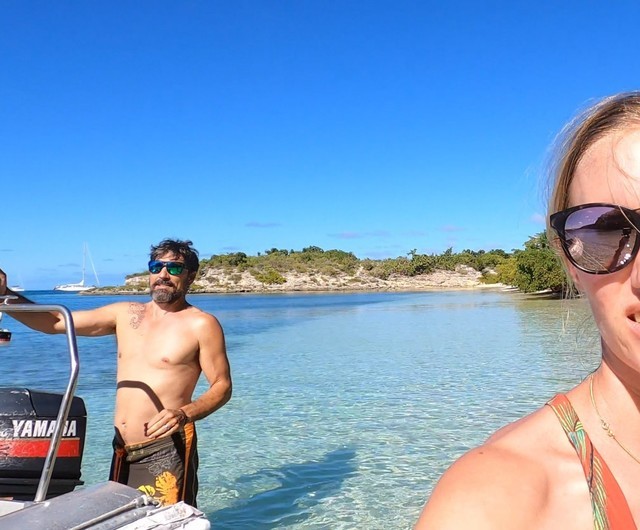 American Brian Trautman, 44, and his Swedish wife, Karin, 29, were caught in a pandemic in the Bahamas. And because they were not allowed to return to the United States, they spent 100 days on a desert island with their 9-month-old daughter, Sierra.

Captain Brian Trautman has been roaming the oceans of the planet for more than 10 years, aboard his light yacht SV Delos. For him and his wife, Karin, "the sea is everything and avoids as much as possible to stay on land." But on March 17, when the Bahamas declared an epidemiological state of emergency due to COVID-19 and closed its borders on March 23, Brian and Karin were forced to take refuge on a desert island. 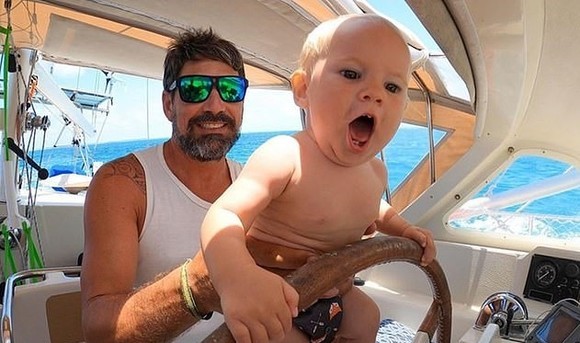 Even though their little girl is only nine months old, the two adventurers took risks and lived by drinking rainwater and eating what Brian, who is a good diver, hunted or fished. In an interview with the BBC, Karin admitted that they went through hard times and even had a panic attack until she realized that they were "isolated in paradise".

"We had the opportunity to be isolated from the rest of the world on a desert island in the Bahamas and we did not come into contact with anyone. We will leave the island after staying 100 days because the hurricane season is approaching and in June it is very dangerous to stay in the middle of the ocean ", said Karin.

They did not lack internet connection and electricity by successfully using the solar panels on the yacht and wind energy. Karin overcame the psychological blockage after Brian explained that the island they had settled on was only three days' walk from the nearest hospital. They have managed to turn half of their wardrobe into diapers for Sierra and can't wait to return to civilization to make enough supplies for another adventure. 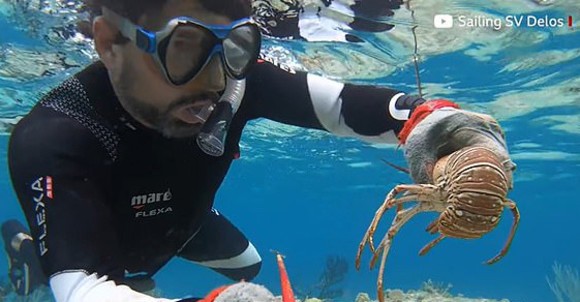 The two adventurers received the approval of the Bahamas authorities to remain on the island during the epidemic that killed more than 370,000 worldwide only after offering assurances that they would not interfere in the biodiversity of this exotic paradise. 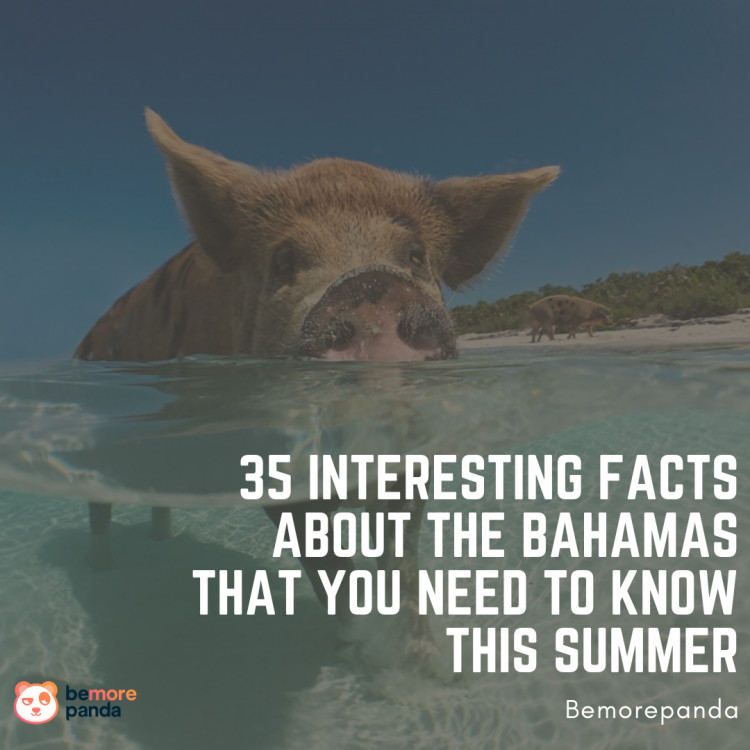 The official name of this state is the Commonwealth of the Bahamas. The country is located in the Atlantic Ocean southeast of the Florida peninsula. The Bahamas is one of the most popular tourist resorts in the world; tourism profits account for more than half of the state's GDP. Every year, the number of tourists visiting these islands is many times greater than the number of local residents.

Facts about the Bahamas

The archipelago includes more than 700 islands, but only a small part of them (about 30) has a permanent population. The total area of ​​all the islands is about 14,000 square kilometers, and the population is almost 400,000 people. It is assumed that the first Indian settlements were founded in the 9th century, and the first Europeans visited here in 1492. It was an expedition led by Christopher Columbus. 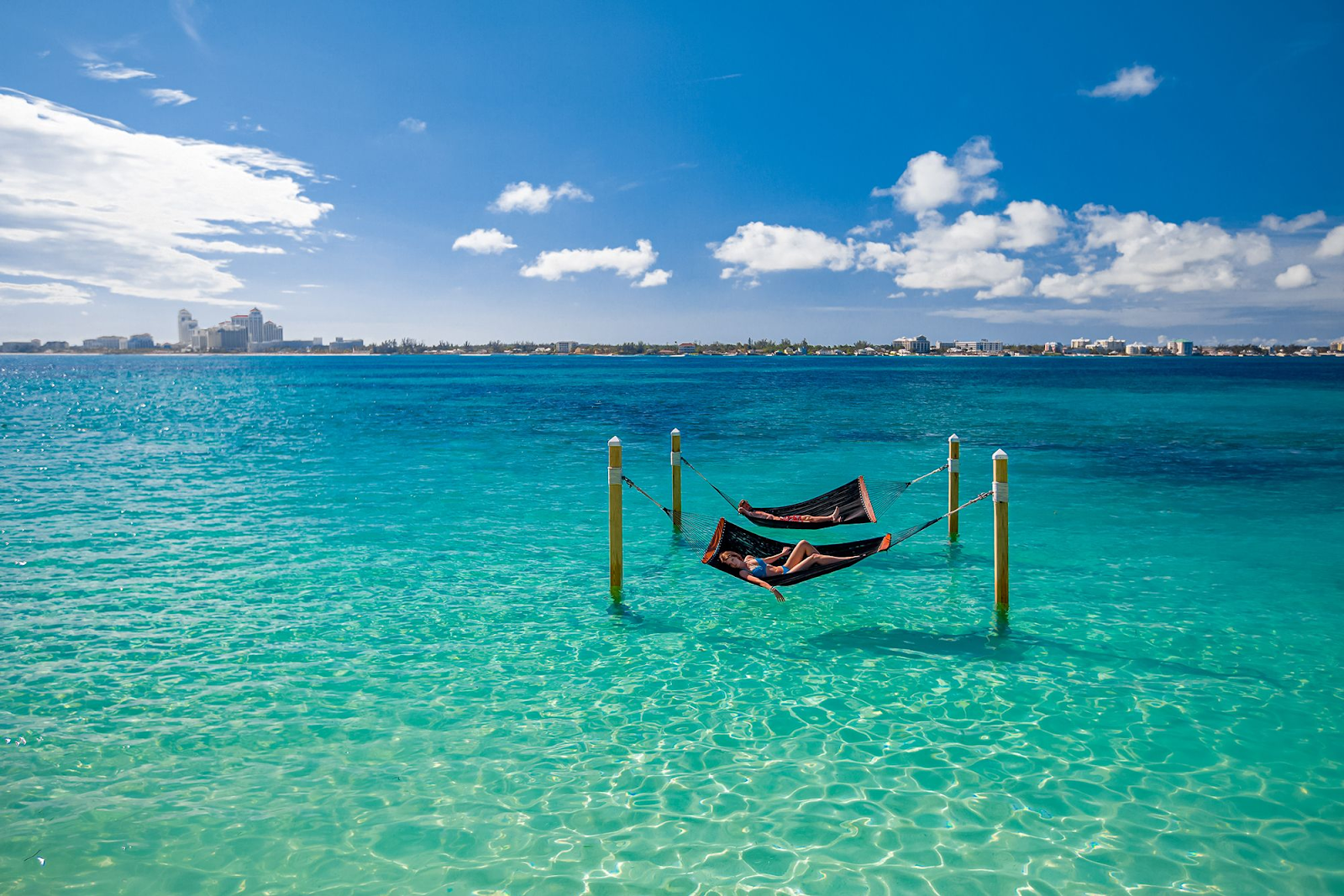 1. For a long time, the Bahamas were a colony of Great Britain, they received independence only on July 10, 1973. Currently, the Bahamas are a constitutional monarchy, the head of state is the Queen of England, who is represented on the islands by the Governor General. Residents of the Bahamas are not subject to income tax.

2. Gambling business brings a solid income to the state treasury, there are many casinos on the islands that were opened here in the late sixties, when the Bahamas were a colony of Britain. For a long time, only foreigners were allowed to enter the casino; local residents were forbidden to visit such establishments. The restrictions were only lifted in 2013. They tried to organize a National Lottery for local residents, but it was not particularly popular with the islanders.

3. Currently, more than 80 percent of the local population are descendants of Africans. The standard of living here is quite high, the Bahamas are even called "Caribbean Switzerland". The average life expectancy in this country is 71 years, and literacy is 96 percent. The annual population growth is more than 2,000 people.

4. Eternal summer reigns in the Bahamas, which attracts tourists from all over the world all year round. George Washington, who visited here at one time, called the Bahamas "the islands of eternal June." But, on January 17, 1977, an amazing event was recorded on the island of Grand Bahama - snow fell here. But not many people managed to admire this unexpected natural phenomenon, the snow melted almost instantly. 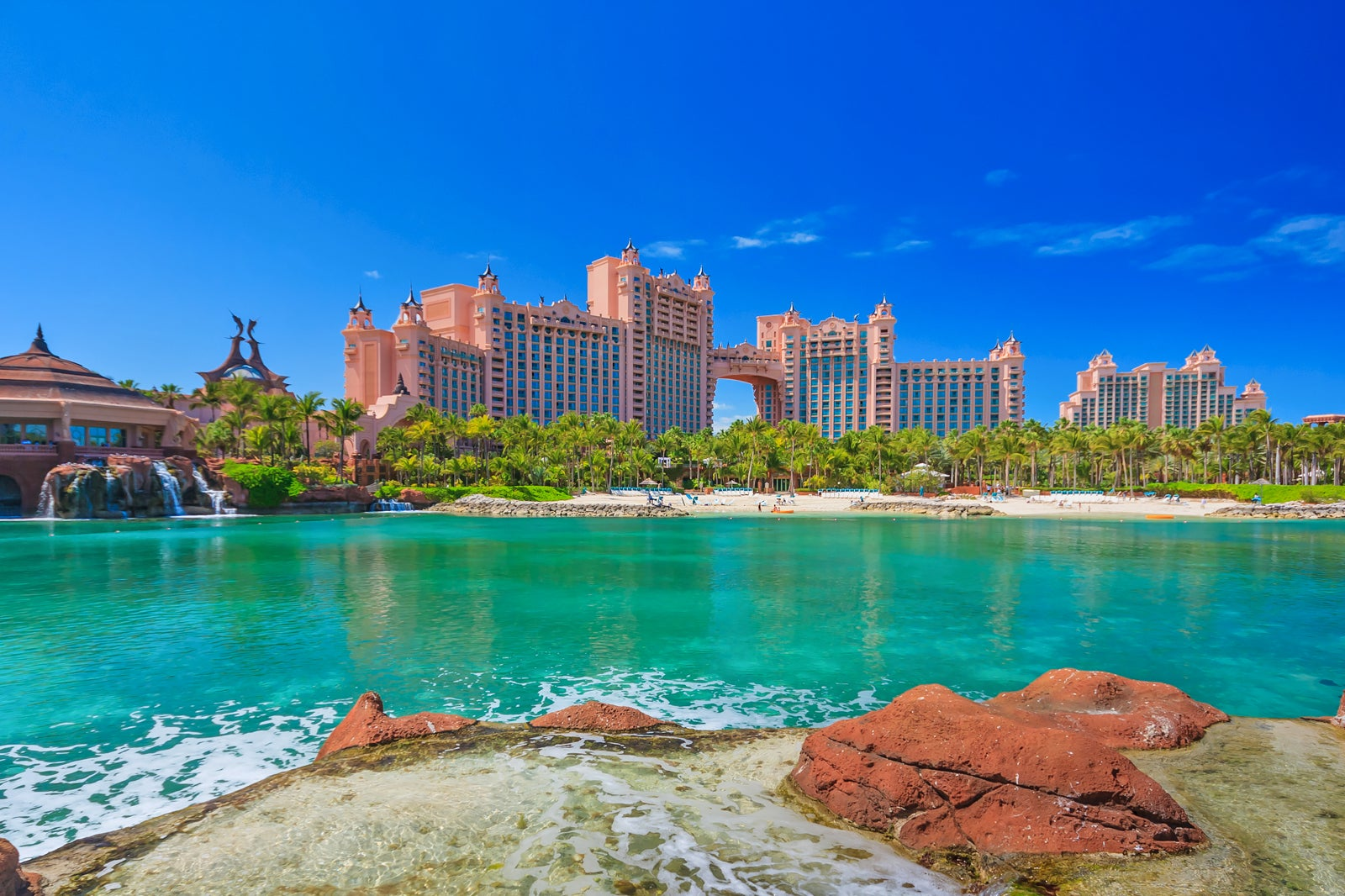 5. New Providence Island is not even in the top ten of the Bahamas in terms of territory, it covers an area of ​​​​207 square kilometers. However, almost 70 percent of the entire population of the country lives here. The capital of the Bahamas, the city of Nassau, is also located here. Not far from the city is the largest international airport in the Bahamas, where tourists arrive from the USA, Great Britain, Canada and the Caribbean.

6. On one of the islands of the archipelago live pigs that willingly swim in the sea. They spend a lot of time in the water, swim up to tourists in anticipation of food. Many legends are connected with their appearance on the island. According to one of them, sailors brought the pigs here, but did not have time to eat them all, and the remaining individuals bred. According to other information, the pigs got to the island on their own from a wrecked ship near the island. 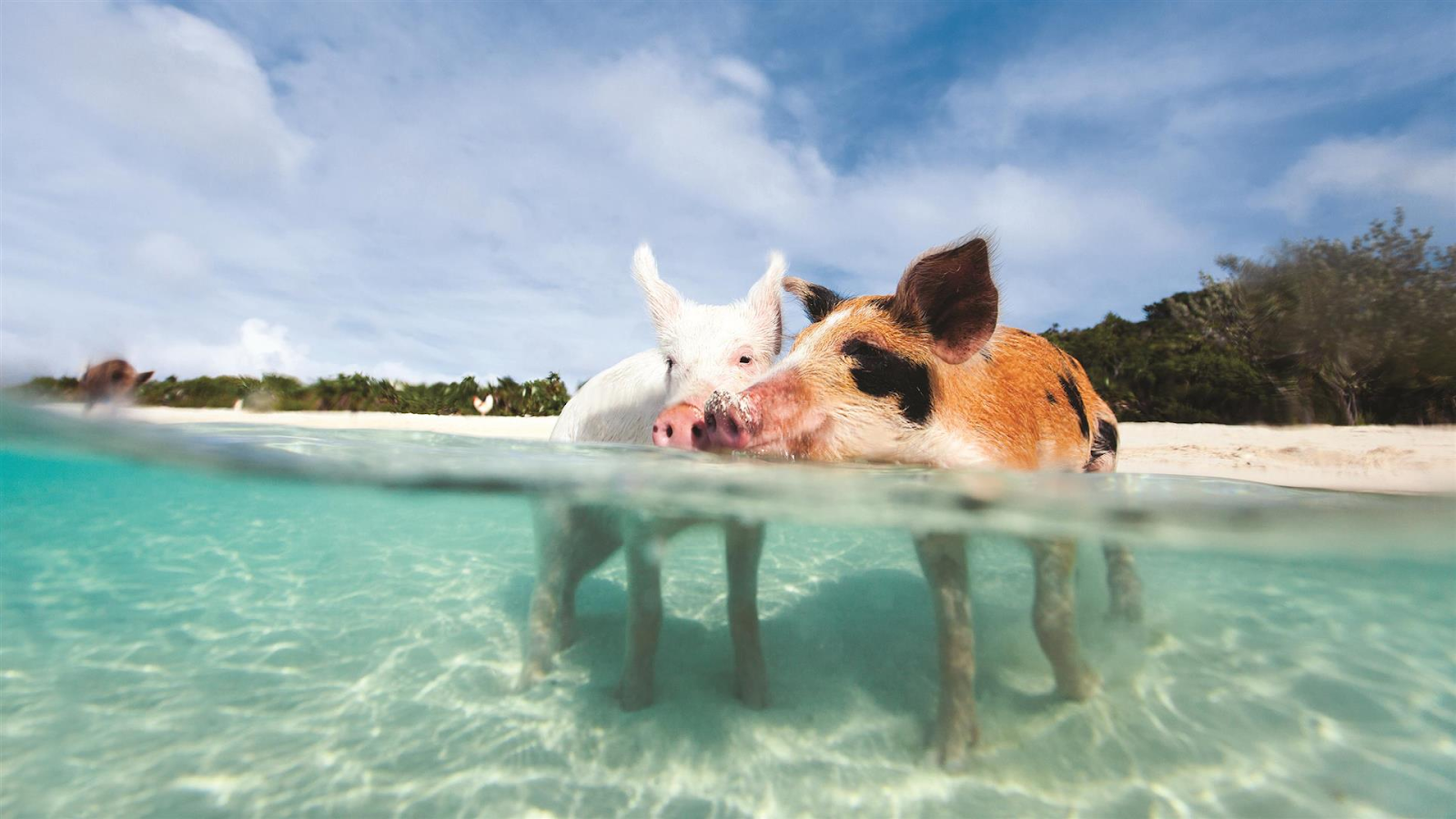 7. There are no railways in the Bahamas, this is due to the small area of ​​\u200b\u200bmost of the islands. The main means of transportation in the Bahamas is a car. The total length of highways is about 3,000 kilometers. Most of them are privately owned. Traffic here is on the left.

8. At one time, the Bahamas were a haven for pirates who traded in the Caribbean. At the beginning of the 18th century, they were expelled by the British, at which time the Caribbean became an English colony. But, until now, there are rumors about countless treasures that were buried by sea robbers on the island of Andros. Many tourists visit the island not only to relax, but also try to find pirate treasures.

9. The most popular seafood is on Sink Island. 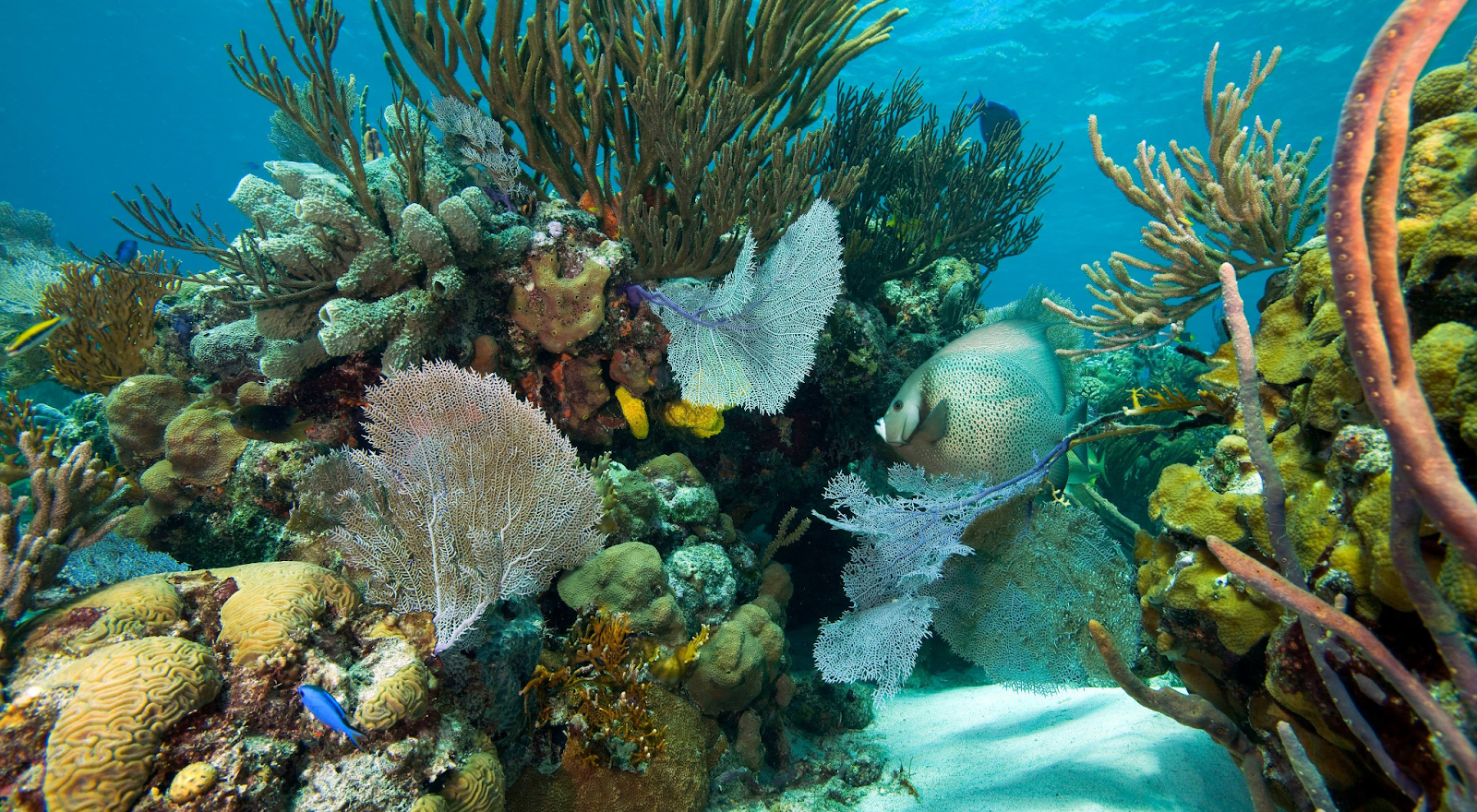 12. The Bahamas is one of two countries whose official name begins with the word "the".

13. The Bahamas are right on the edge of the infamous Bermuda Triangle.

14. The Bahamas have a wonderful underwater cave system. The sea was low 250 feet from its current level during the Ice Age. Acid rain eroded the limestone on the island and led to the formation of vertical and horizontal caves.

15. On October 12, 1492, Christopher Columbus is believed to have landed on the island. 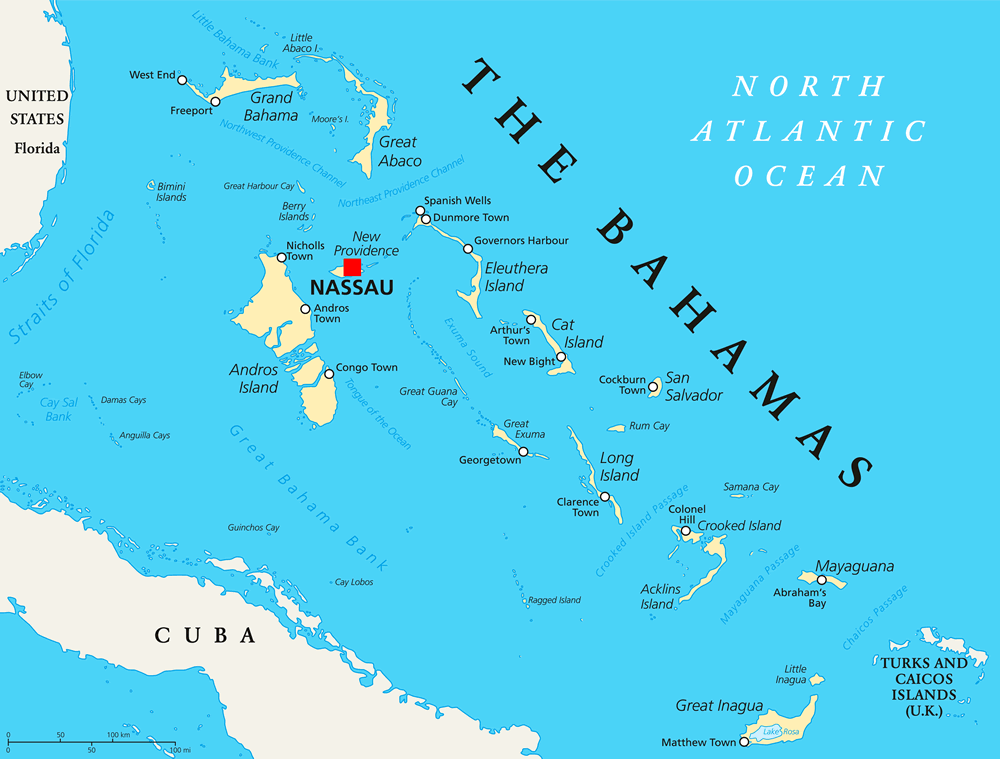 16. The slave trade was the main economic enterprise on the island after the departure of the first royal governor of the island, Captain Woodes Rogers. Slavery ended in the island nation in 1838.

18. During the 1980s, the island became a notorious destination for the drug trade. Almost 90% of the cocaine reportedly entered the US through the Bahamas.

19. "Hubert Ingraham" became Prime Minister of the Bahamas in 1992 and served another consecutive term in his chair. During his administration, he noted the creation of jobs and the economic development of the country.

20. The Bahamas signed the Comprehensive Nuclear-Test-Ban Treaty (CTBT) on February 4, 2005.

21. There is no railway on the island, and the road network on the larger islands extends over 2,693 km of roads. 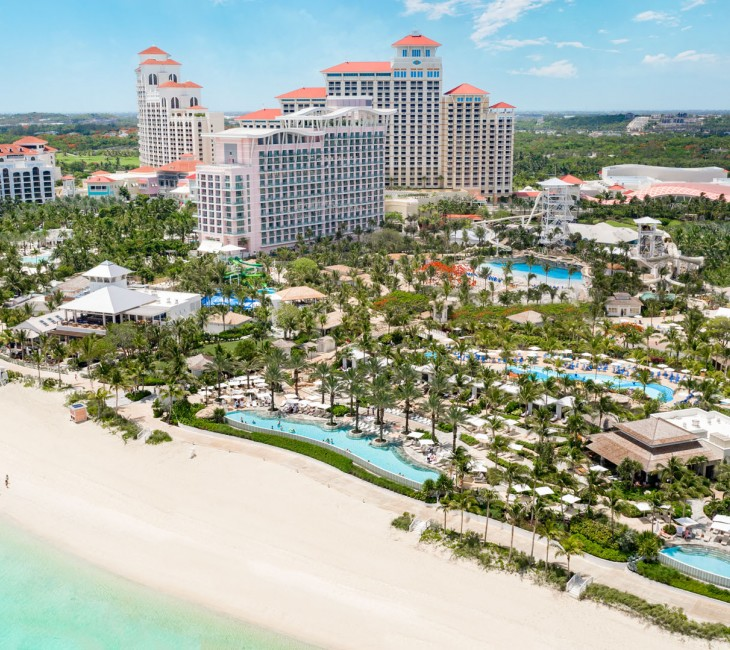 22. Hurricane Floyd caused significant damage to the island, and the country fell into decline in tourism.

23. 2004 - and another ferocious hurricane hit the Bahamas: Hurricane Francis, which causes widespread harm to the living and non-living.

24. The case has not yet been settled, and they saw another monster hurricane on the island; tearing up houses, uprooting trees, throwing up cars and smashing houses. However, the island is ready to shine again and come back as strong as it needs to be to forget the pain and destruction caused by a natural disaster.

25. The Bahamas and an import-oriented economy. However, significant tourism activity and government-provided financial services bring in a lot of foreign exchange to balance the economy. According to the CIA, the economy of the Bahamas is developing and stable.

26. The Bahamas have the world's third largest shipping registry. 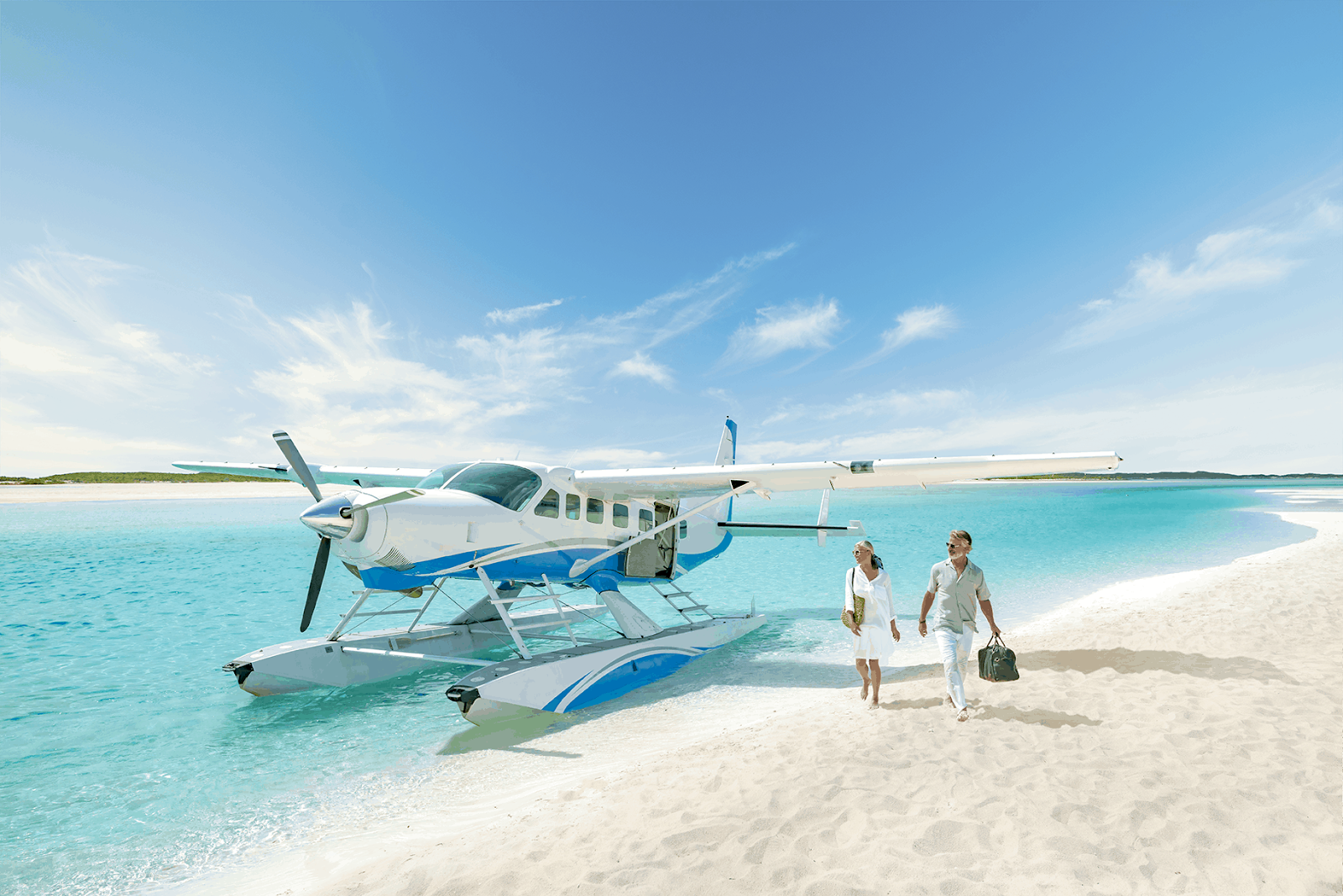 27. There is only one stock exchange in the Bahamas, the Bahamas International Stock Exchange (BISX).

28. There is no income or sales tax for residents of The Bahamas. Most government revenue comes from tariffs and import charges.

29. The Government of The Bahamas provides maternity assistance for every live birth and a 13-week maternity benefit.

30. Tourism makes up about 40-45% of the country's economy. It has beautiful beaches, flora, fauna and many recreational and resort facilities.

31. Gambling is legal for non-Bahamians who visit the Bahamas.

32. A tourist from the US and Canada is not required to carry a passport to the Bahamas for a stay of less than three weeks. Every year, millions of visitors to the country spend billions of dollars. The average cost of staying on the island per day varied depending on the time of year and location. You can expect to spend between $30 and $400 a day during your visit to the island. 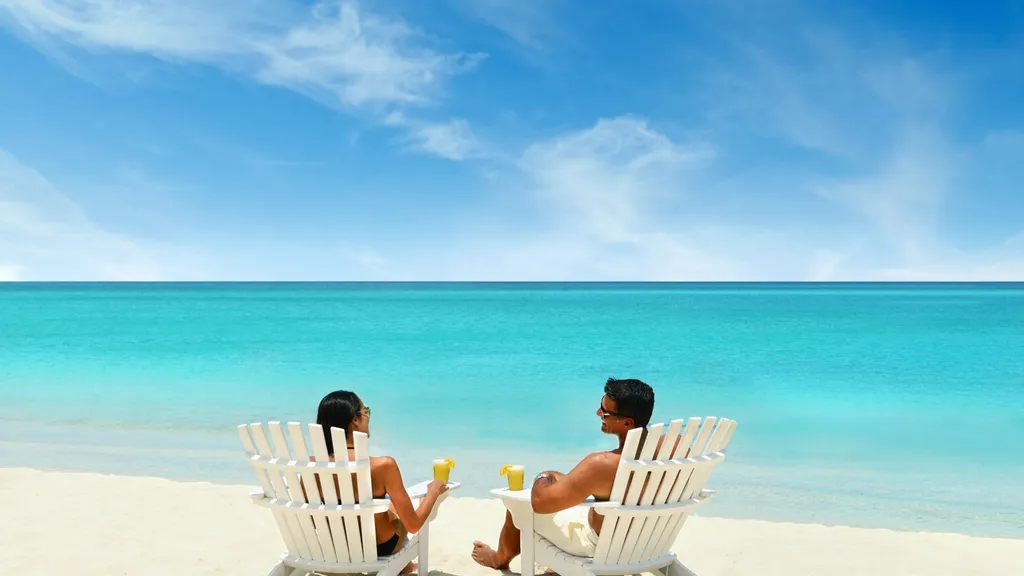 33. The Bahamian dollar is equal to the US dollar and you can easily use US dollars throughout the island as they are freely accepted as cash. However, the United States does not accept Bahamian dollars at its counters. You will have to exchange currency or spend it in the Bahamas before leaving the country.

34. More than 90% of Bahamians are followers of Christianity. However, there are also spiritists who worship various spirits, and even followers of the voodoo cult. They are mainly immigrants from Haiti and some African countries, as well as their descendants. However, followers of various religions in the Bahamas get along peacefully, and there are no conflicts on this basis.

35. The Bahamas is home to the world's largest colony of pink flamingos, birds that everyone knows. On the island of Big Inagua, which is part of the archipelago, there are about 50,000 of these amazing birds.