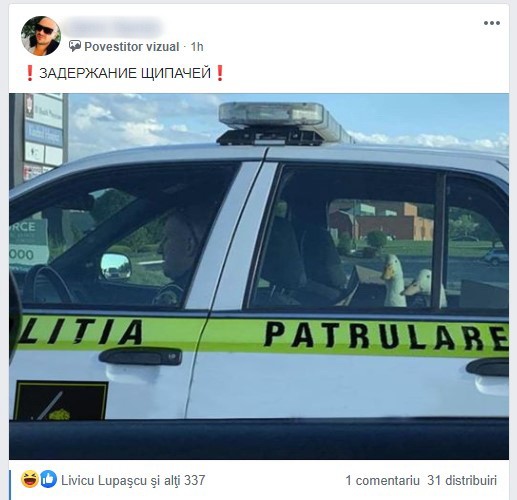 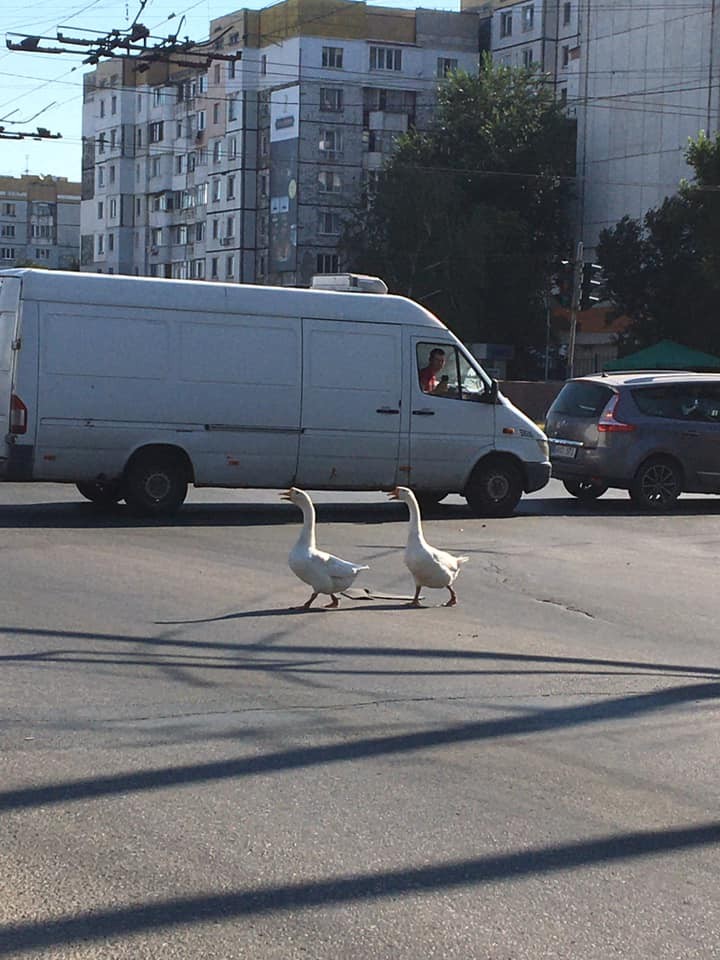 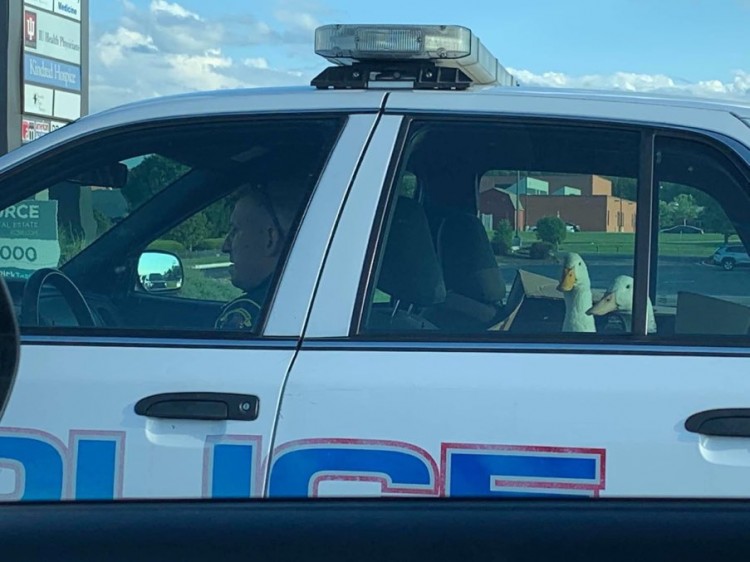 Comment
Share
Repost
Copy link
Facebook
Linkedin
Twitter
Messenger
Whatsapp
Pinterest
Vkontakte
Telegram
Email
Cancel
#moldova #duck #police #funny
@Lthrmrk That's actually me in the car. It was taken in Indiana. I was taking them to an animal rescue after their owners called and said they couldn't care for them
View all comments Add a comment

You better run till you can 🦆

In Russia, police had to stop the traffic so that a family of ducks could cross the road

A duck was detained in Russia that came from Vietnam because of suspicion of coronavirus - they wanted to kill her, but promised to release her after the 14 days in isolation 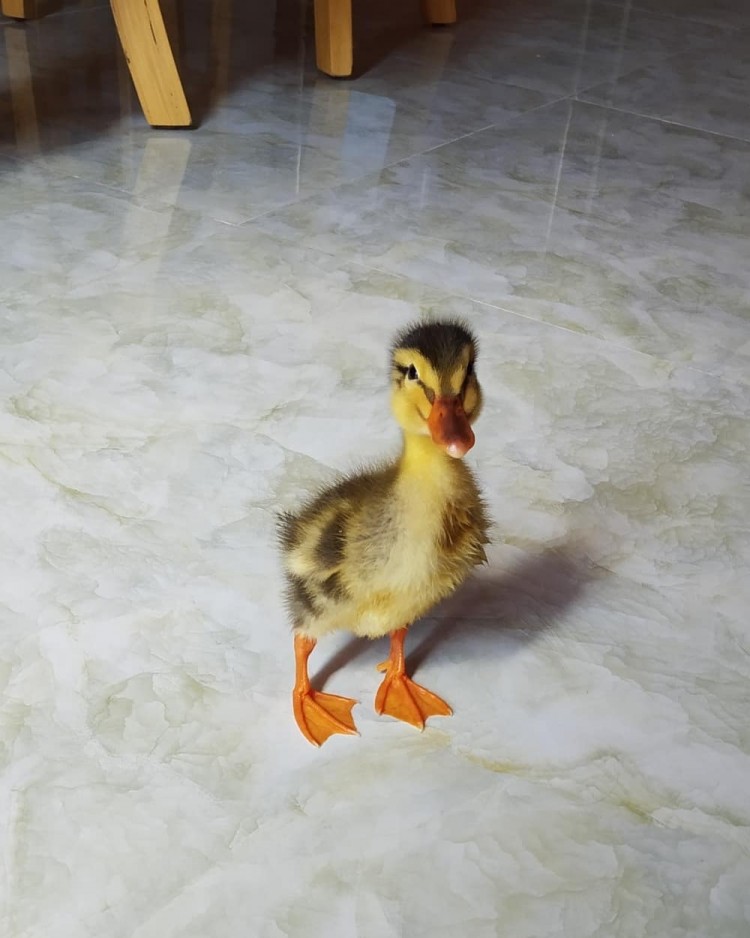 Arriving on April 27 in Novosibirsk with a flight from Vietnam, a duck named Borislav was detained at the Tolmachevo airport - taken from the owners and quarantined because the duck did not have veterinary permission to enter Russia, Siberia newspaper reported.

Borislav is registered as a pet: she has an international passport, a special chip, the necessary vaccinations and a certificate of export - in Vietnamese and English. The duck did not have only an import permit from the Rosselkhoznadzor. According to Litvinova, back in Vietnam, she tried to contact the agency by phone and email, but no one answered her.

Litvinova and her husband bought a duckling in Vietnam seven months ago. “We saw enough horror in Vietnam, how they sell live ducks for food and wanted to save at least one duckling,” Litvinova said.

At first, the duck was called Borei, because they thought it was a male. Later it turned out that the duck is a female, so she became Borislav. The bird has its own instagram, it lives with the owners in the apartment, it is perceived as a child.

When the mistress and Borislav flew to Novosibirsk, the bird was taken. “Leaving the duck at the airport was scary: when the employee of the veterinary control called her boss, he told her over the speakerphone:“ Write out the act, we’ll kill tomorrow, ”said Litvinova.

What else is known:

On April 30, the Rosselkhoznadzor announced that they would return Borislav to the owners when they received the results of the survey. The duck is still in isolation in Tolmachevo.

Litvinova and her husband lives in Yalta, while in Novosibirsk they were sent to quarantine for two weeks in an observatory.

Earlier, a Spitz named Mila flew from Thailand to quarantine “without the right to walk”. The owner of the dog was threatened with a fine if this requirement is violated. Mila was placed in the observatory with him. 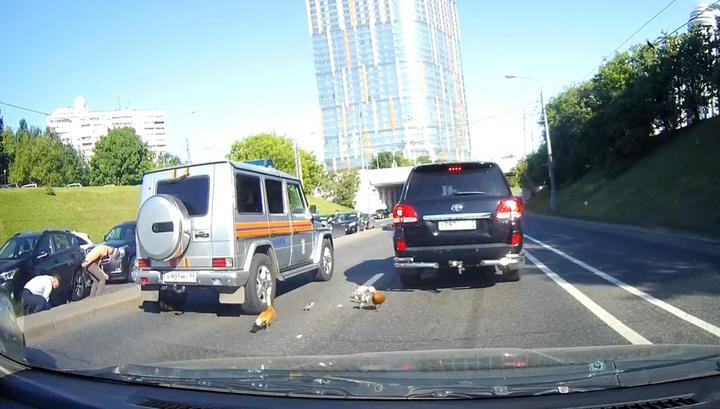 In the Russian city of Krasnodar, on April 21, police stopped the traffic so that a family of ducks could cross the road.

The video appeared on social media on April 23. The footage shows how the police put a traffic sign on the roadway when the ducks stepped on the road. After the animals reached the curb, the sign was removed.

The press service of the Ministry of Internal Affairs of Russia for Krasnodar told Yuga.ru that ducks crossed the road on Uralskaya Street near the traffic police quarantine post.

Birds attracted the attention of traffic inspectors, after which they stopped the movement and organized a safe passage of animals through the roadway. Then the police helped the ducks cross another section of the road.

“Police officers not only ensured the safe passage of the animals themselves, but also took all necessary measures to prevent congestion. We drove some animals to the other side.

It should be noted that the animals were heading towards a nearby pond, literally a few hundred meters away, ”said Artem Konovalenko, head of the press service of the Ministry of Internal Affairs for Krasnodar.