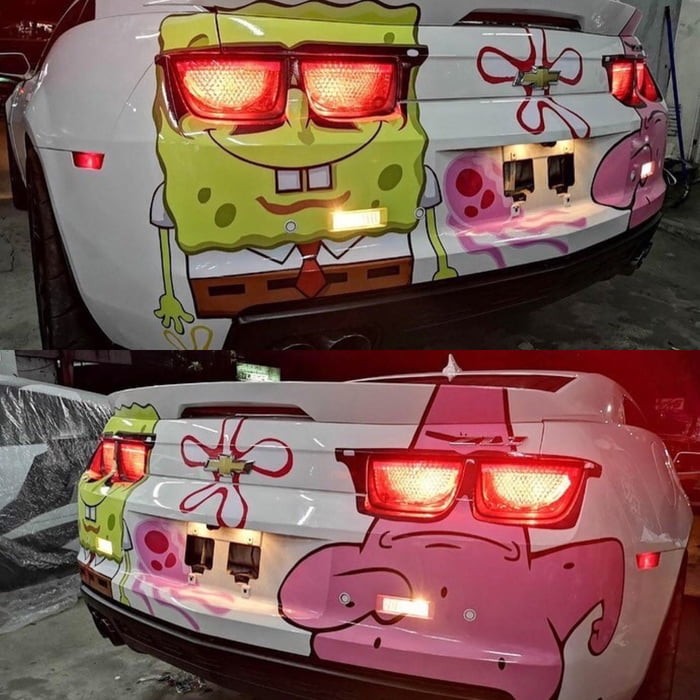 The man we can never hate.

Patrick and the bomb 🤣 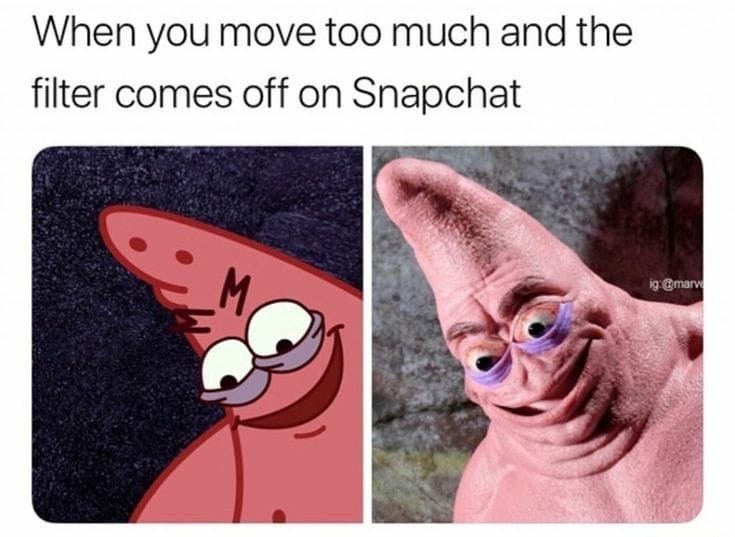 St. Patrick's Day: Everyone wears green and drinks a lot of beer, the history and traditions of the holiday 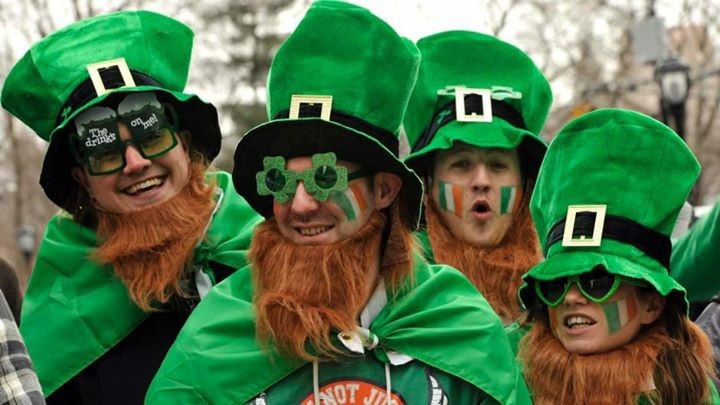 March 17 has a special significance for the Irish. It is one of the most important days of the year, because they celebrate St. Patrick. Originally a Catholic holiday, today this festival is rather dedicated to the entire Irish culture and is celebrated with pomp in both Ireland and the United Kingdom, as well as in the United States. Bemorepanda collected some interesting facts and history details for you.

Saint Patrick was born in the 4th century in Roman Britain, but was captured by the Irish and held captive on the island for 6 years. At that time he dedicated himself to religion, and tradition says that he had a divine revelation by which God asked him to Christianize the Irish. After escaping from captivity, he returned to Ireland in 432 and began the Christianization process of the Irish, hitherto followers of polytheism. According to Irish folklore, he used the clover leaf to explain the Christian doctrine of the Holy Trinity. 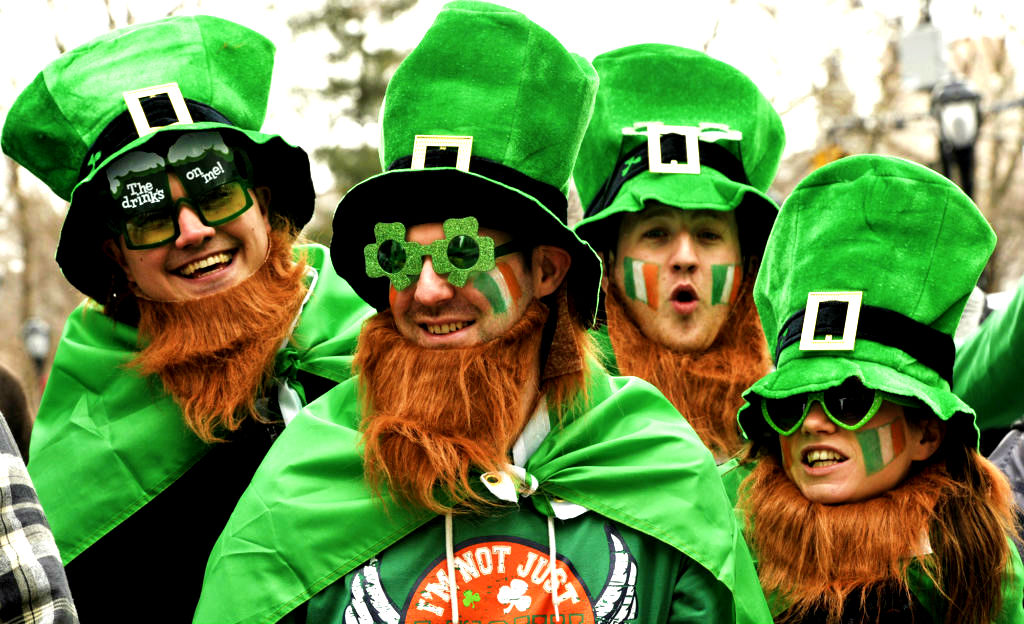 Although St. Patrick was followed by many other missionaries, he remained the leading champion of Irish Christianity. Initially, the associated color of St. Patrick was blue, but later green, the symbol color of Ireland, began to be used. The custom of wearing green bows and clovers to celebrate March 17 (the day of his death) dates back to the seventeenth century.

National holiday from the 9th-10th centuries 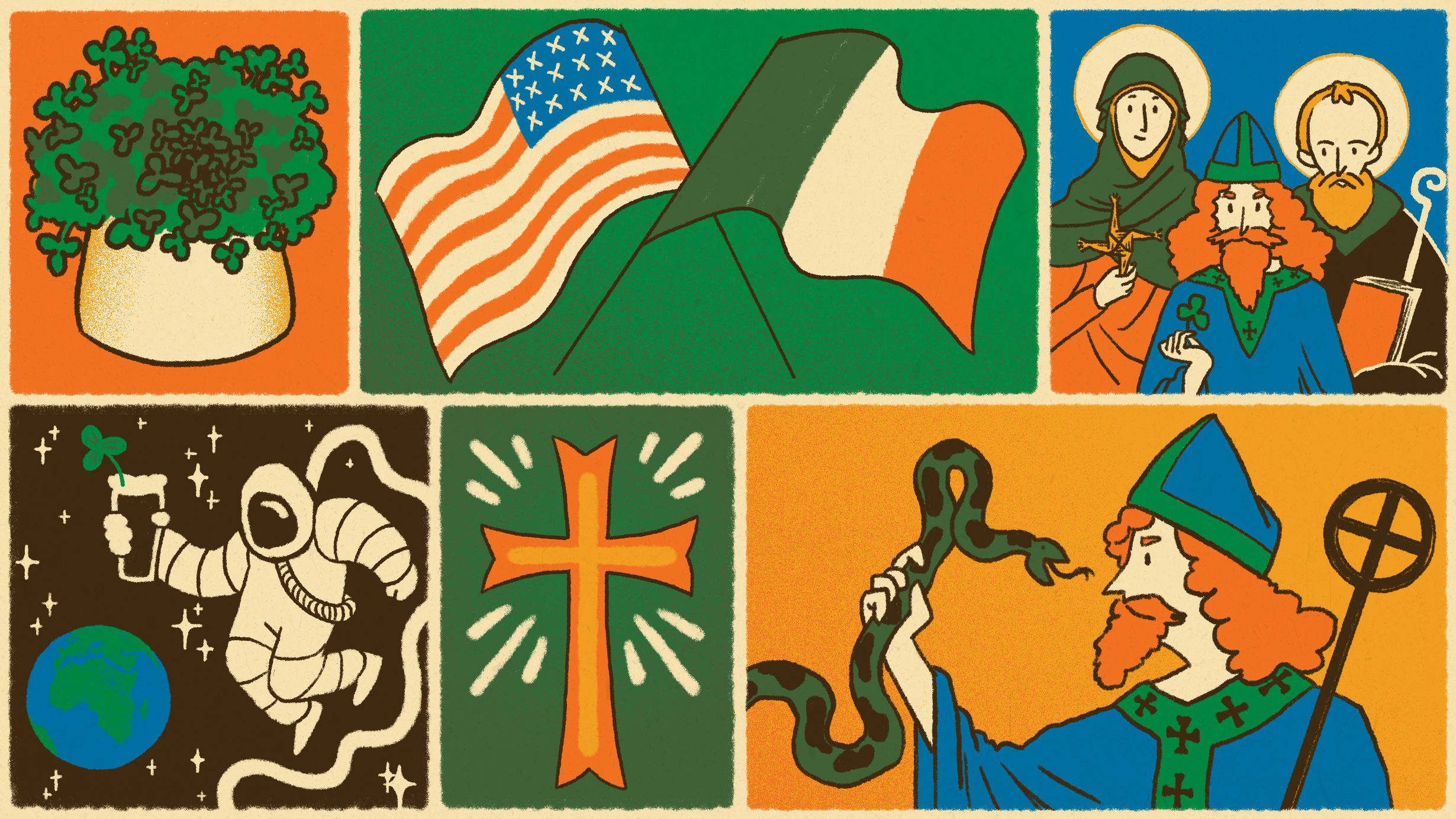 The feast of St. Patrick was celebrated by the Irish as a kind of national day since the ninth and tenth centuries, but the official day was included in the Catholic calendar only in the early seventeenth century. In 1903, St. Patrick's Day became a national holiday in Ireland, and the St. Patrick's Festival appeared in the 1990s.

All the customs related to this holiday revolve around the color green. Everyone wears green clothes, clovers and, because it's Ireland, they drink beer. Guinness has even launched a special edition of their beer, the Green Edition. And the Irish diaspora around the world is celebrating today, with the most important activities taking place in America. For 40 years, the city of Chicago - with a significant segment of the population of Irish origin - has been manifesting its spirit of celebration by turning the Chicago River green (with the help of a vegetable paint).

In Ireland, although this holiday usually falls on Lent, the Catholic Church accepts meat on March 17 because, according to tradition, on St. Patrick's Day the Irish go to church in the morning, then organize a big feast in honor of their patron. spiritual. 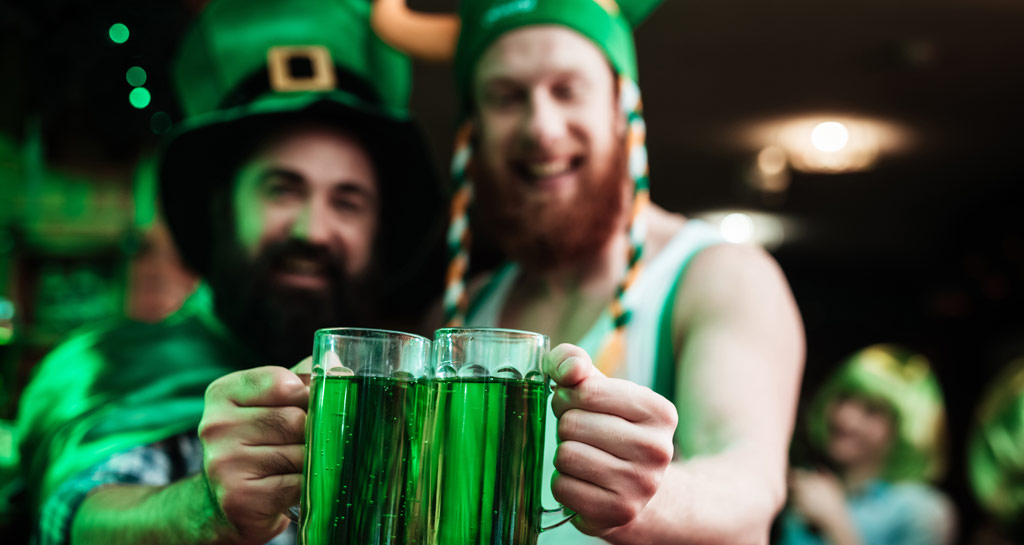 St. Patrick's is Ireland's most beloved and well-known saint. Saint Patrick, the luminary of Ireland, was born around 381 AD in a village called Bannaven Taberniae. St. Patrick comes from a family of altar servants - his grandfather Potitus was a priest and his father Calpurnius a deacon.

The name Patrick or Patrichie means a great man in Latin. From the account of his life, we learn that at the age of 16 he ends up forgetting about God. When he reached this age, his village was looted by pirates, and he was sold into slavery in Ireland. He becomes a shepherd on Mount Slemish in Antrim County. Going into captivity completely changed his life. From the rich and carefree young man, comes the person who said at least a hundred prayers at night and as many during the day.

St. Patrick had two visions: in the first he was shown that he would return home, and in the second he was told that his ship was ready. The revelation made by God is fulfilled, so that after six years spent in captivity, he manages to return to his parents. 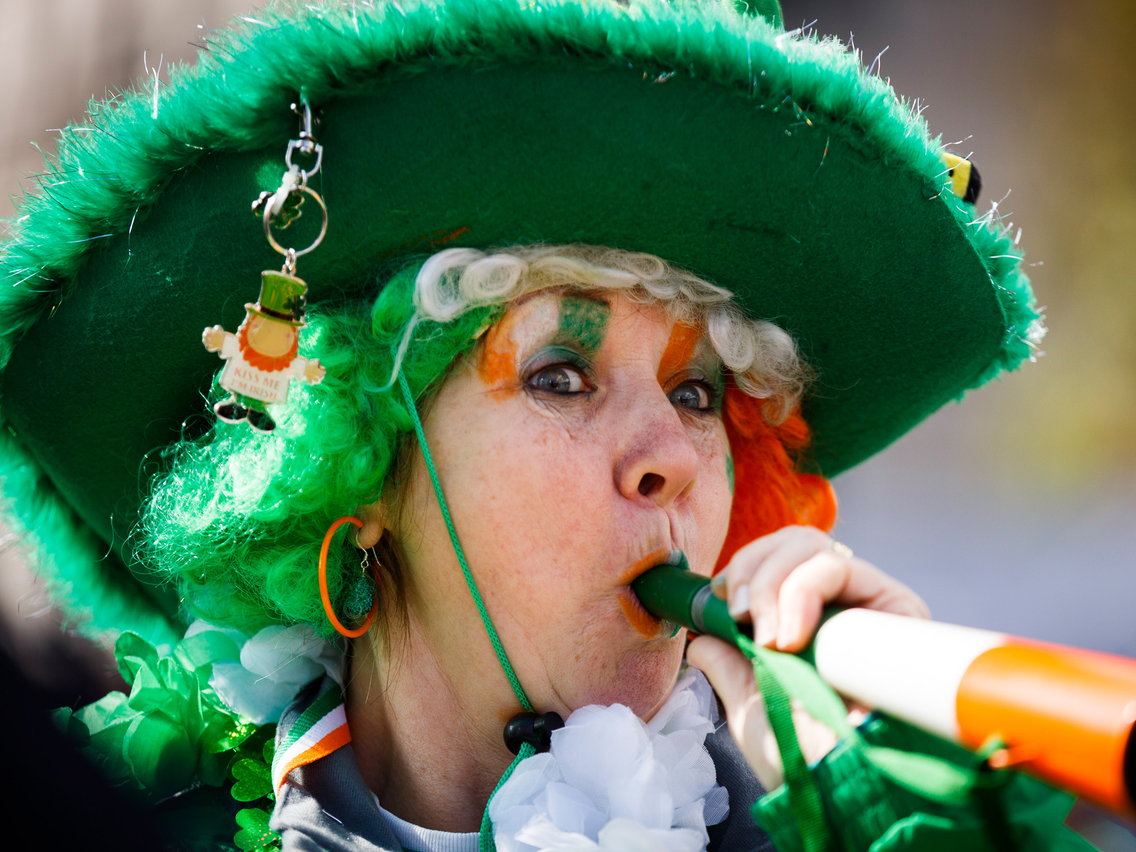 The Saint Patrick’s Day parade is a tradition both in Ireland and abroad. After the great famine of the 19th century, caused by the lack of potatoes, a wave of migrants left Ireland, and the parade of Saint Patrick’s Day became their way of manifesting their identity. Starting from the tradition, parades began to be organized all over the world, which came to include all those who share the same values.

Ireland celebrates March 17 every year on St. Patrick's Day, the spiritual patron saint of the Irish. This day is marked with great pomp not only in Ireland, but throughout the world, in Irish communities. Each family prepares a traditional dinner with beef and cabbage dishes.

The legend of the saint who patronizes Ireland 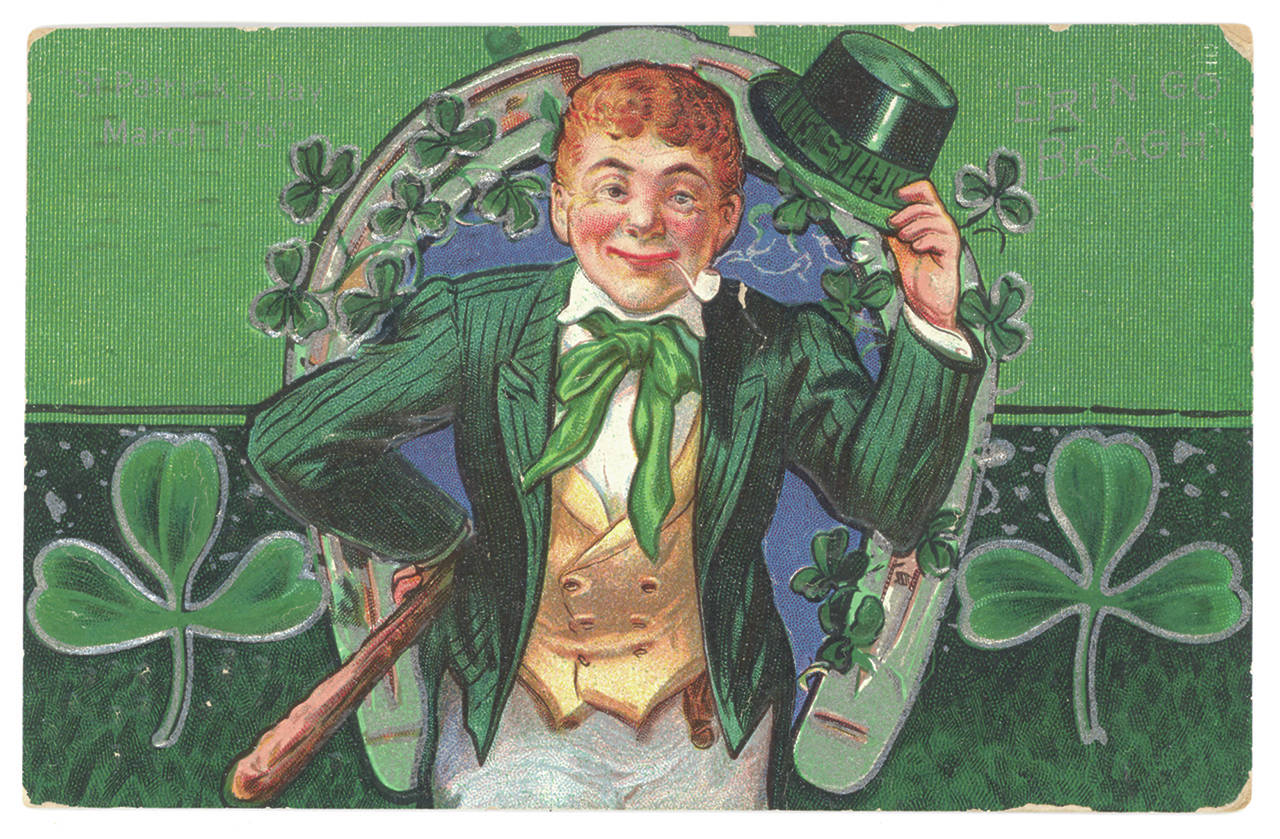 As for the biography of St. Patrick, the true story intertwines harmoniously with the legend. It is known that St. Patrick was born in Scotland and was abducted and sold to Ireland as a slave. He became a deacon, then a priest and ended up as a bishop. Arriving on the mainland, he was sent back by the Pope to preach the gospel. He traveled mainly to the Celtic settlements, as evidenced by the fact that today many places in Wales, Cornwall, Scotland and Ireland bear his name.

Legend and history become even more difficult to separate when various sources speak of St. Patrick standing on top of a hill and - with the help of a stick - throwing snakes into the sea, forbidding them forever to return to the shores of Ireland. Patrick became known in the world as the one who saved Ireland from snakes. It is true that there are no snakes in Ireland today, but it seems that there has never been one, at least since the island is separated from the mainland. It is probably a symbol of the end of pagan practices in those places.

Regardless of the weather, March 17 was considered spring day, as St. Patrick promised to tame the weather from that date. For this reason, during this period, Irish farmers began to grow potatoes. 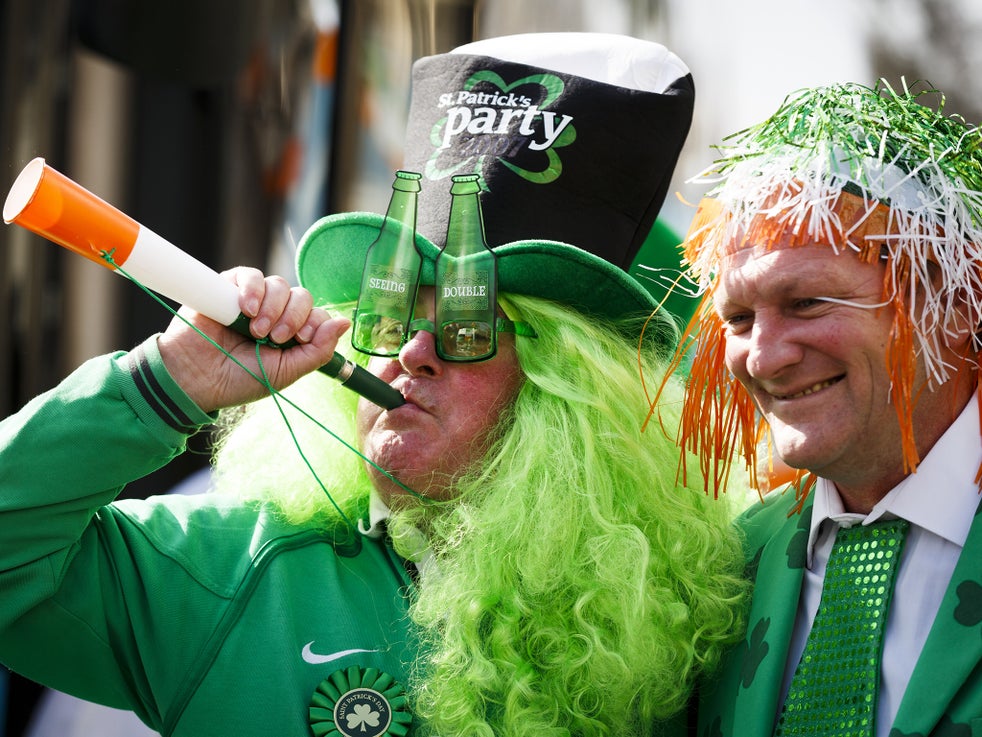 Later, he meets Saint German, the bishop of the city, in Auxerre. He has another dream, in which he is asked to go to Ireland. He asked St. German for advice on the dream, and because he had prayed to God to give him a person to replace St. Palladium, he saw in this dream a response from God. We point out that the Holy Palladium had left Ireland less than a year after his ordination, because of the cruelty of the Irish.

He was ordained a bishop and in 432 left the monastery of Auxerre with some companions for Ireland. Surrounded by pagans, St. Patrick had many trials.

The Druids will be dissatisfied with the presence of St. Patrick and will send Dichu to kill him. He stiffens as he raises his sword to kill him. St. Patrick unleashes him from the unseen power that held him in place. In response to the miracle performed, Dichiu will offer the saint a shelter in which he will celebrate the Holy Mass. After this miracle, many Irish people received faith in Christ. Later, he and his disciples baptized the entire country.

St. Patrick passed away on March 17, around 480. He is depicted in iconography holding a clover (a three-leafed plant), a symbol of the Holy Trinity, one God in being, but three in person. It is celebrated every year, on March 17.

St. Patrick's Day is celebrated not only in Ireland, but in many countries around the world. The most important festival is considered to be the one in Dublin, in Leinster.